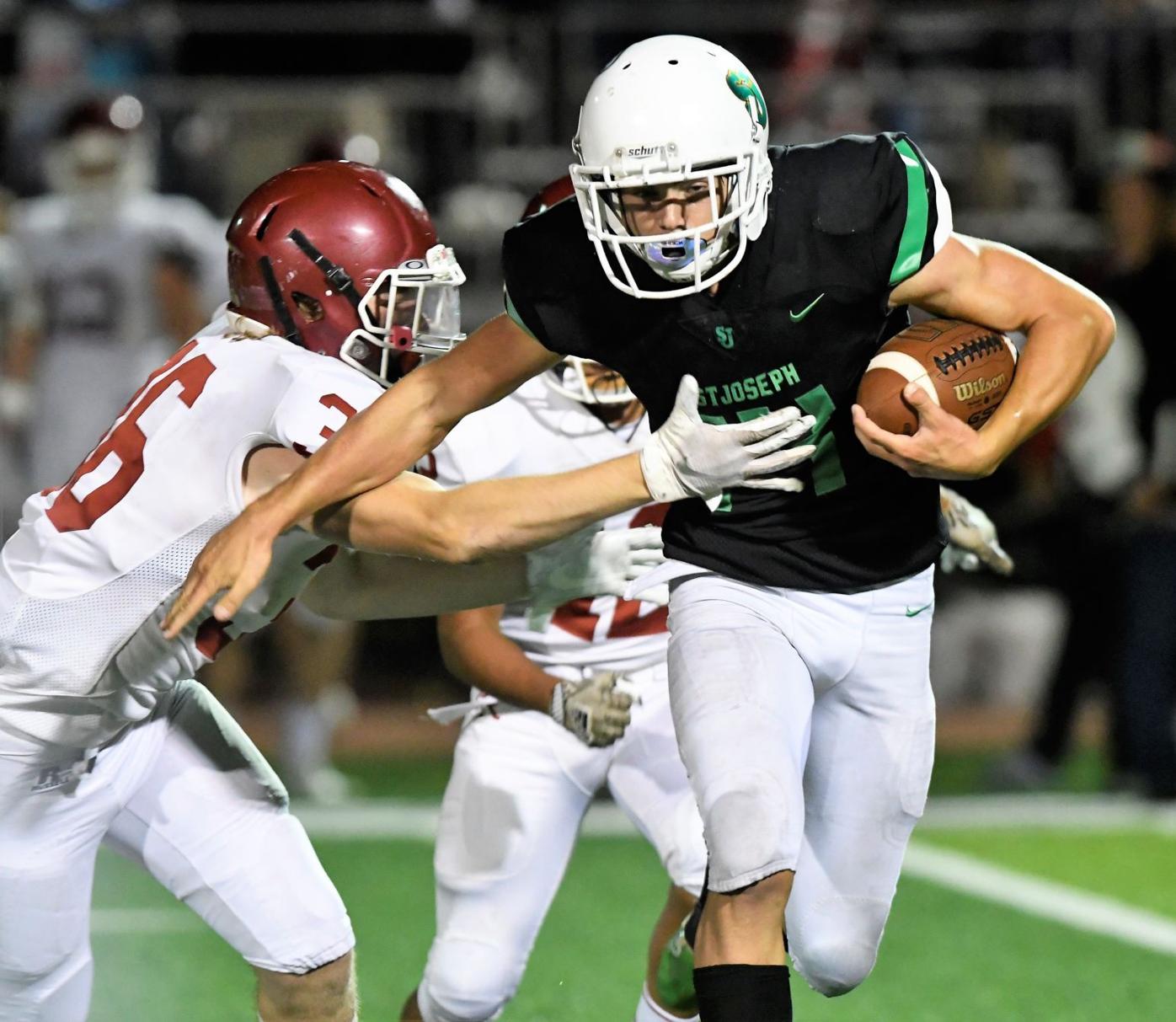 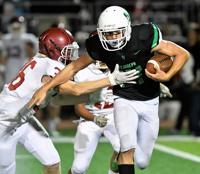 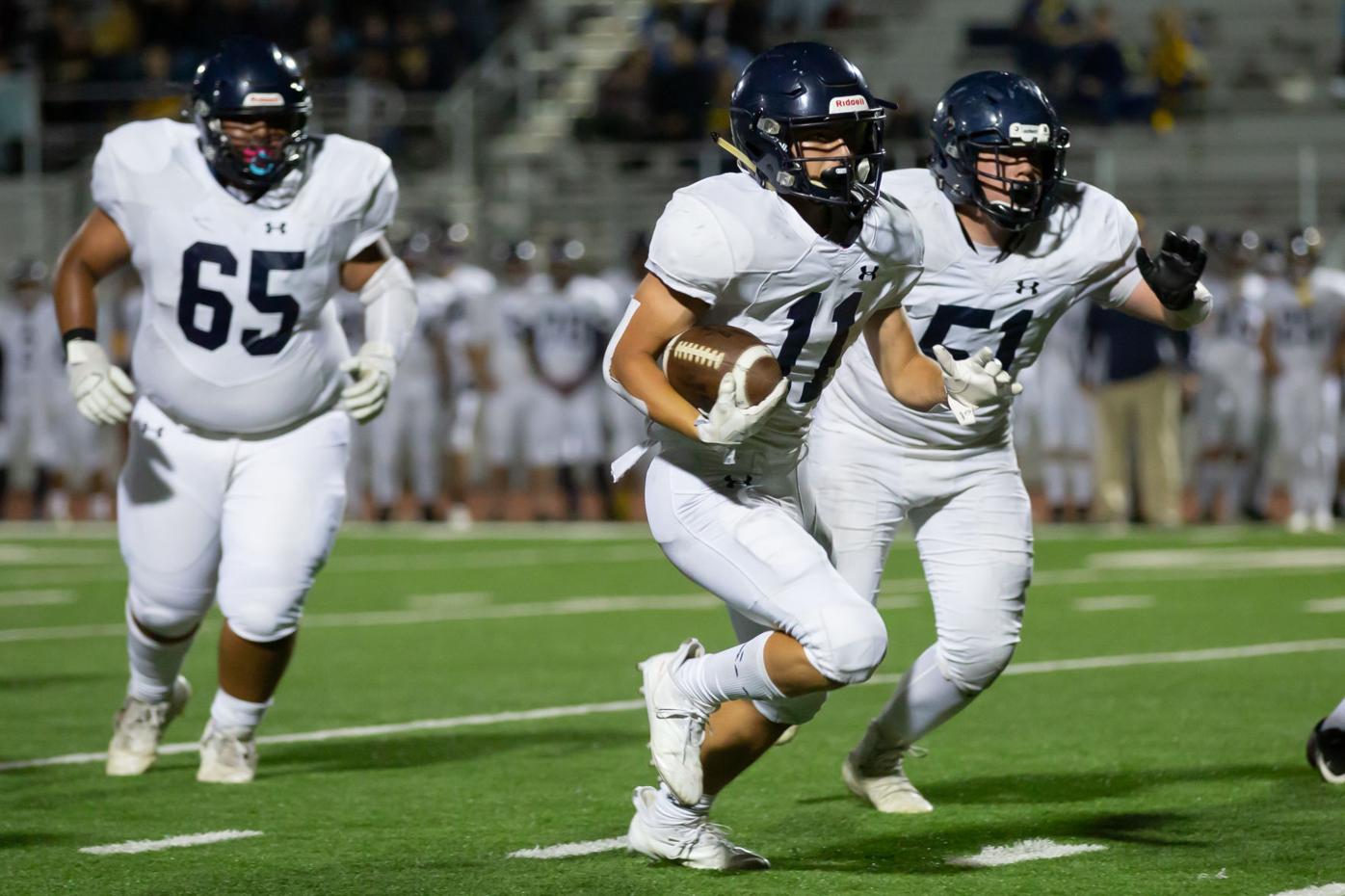 St. Joseph was one of those teams. But the Knights not only started league play, they started it with a loss, falling to Paso Robles 26-21.

Now those two teams meet. Arroyo Grande and St. Joseph are, typically, two of the strongest teams in this area.

Let's take a look at that matchup and the others taking place this weekend.

St. Joseph let a big opportunity slip through their fingers last week. The Knights held a lead over Paso Robles, but couldn't put the Bearcats away.

A win last week would've been the Knights' third in a row, giving them major momentum heading into what could be their season's biggest game to this point.

Arroyo Grande is 4-2 and has won four in a row. The Eagles have a balanced offense that can give St. Joseph plenty of problems.

I've been waiting all season for the Knights to stand up. Is this the week? I'm not so sure. They've got to slow down Makai Puga and Kaden Tynes, the Eagles' biggest play-makers. They've also got to pressure Max Perrett, the Eagles' quarterback.

The St. Joseph ground game has been strong with Carter Vargas and Malakai Langley. The passing game has been somewhat inconsistent. Maybe if the Knights find some rhythm offensively, they'll be able to challenge these red-hot Eagles.

But that's how it'll be, at least for this year.

Pacifica was my pre-season pick to win the Channel League, but now it's looking like it'll come down to Rio Mesa and Santa Barbara.

I think the Dons will win this one, their sixth straight win.

Mission Prep has been impressive this year as the small-school, upstart Royals are running through the competition.

This is a tough break for the Saints. Typically you'd want to play an easy opponent on Homecoming, but the Saints have their toughest opponent on this night.

Still, the Saints can be physical and they can put up a fight. The Royals will win this game easily, but Santa Maria will make 'em work a bit for it.

Nipomo has relied on a formula this season, using its rushing attack to open up some timely throws from QB Nate Reese. Vinny Hernandez has been a beast on both sides of the ball and Gabe Evans and Gabe Sanchez have also handled the ball plenty from the running back position.

Nick Milton is a standout defensive back and the young Raemar Agnes is another two-way standout at WR/DB.

This is a certified toss-up. So I'll go with some easy math. Nipomo has won 100% of its games this season, so I'll go with the Titans.

I think the two-week layoff is going to be tough on Santa Ynez as they hit the road and head to face a really good Buena team.

The Pirates have played four straight home games followed by a bye and a forfeit against Cabrillo. They haven't played on the road since the season opener and have spent the last two Friday nights off. Will that be a factor in the game at Buena? I think so. Also, Buena is a good team. The Bulldogs have two one-point losses to two very good teams: Rio Mesa and Oak Park.

This is another tough one. I think Buena wins at home.

Lompoc has lost three in a row. But, as I've said, those three came by a combined 11 points. And those three teams have combined to win 14 straight games.

With that said, the Braves are now playing another strong team with Friday's game at Rio Mesa.

To put it simply, Rio Mesa is just too good and Lompoc's defense is just too thin. Starting QB Cavin Ross has been playing both ways at linebacker for the past several games and even star running back Sheldon Canley Jr. has filled in on the secondary.

Lompoc senior Deville Dickerson is (literally) doing everything he can to help the Braves win games, but there are just too many holes for the Braves' play-makers to fill on their own.

The streak will likely hit four games, but with the Braves' play-makers it could be competitive.

Something has to give in this one: Both teams enter winless, but one will certainly leave with its first victory of the season.

Pioneer Valley has a decent advantage when comparing the teams' defenses, but Righetti has a major edge in terms of offense.

I think the Warriors just have too many playmakers on offense and it should be enough to top the Panthers. The Righetti defense should be able to handle a PV offense that is averaging fewer than seven points a game.