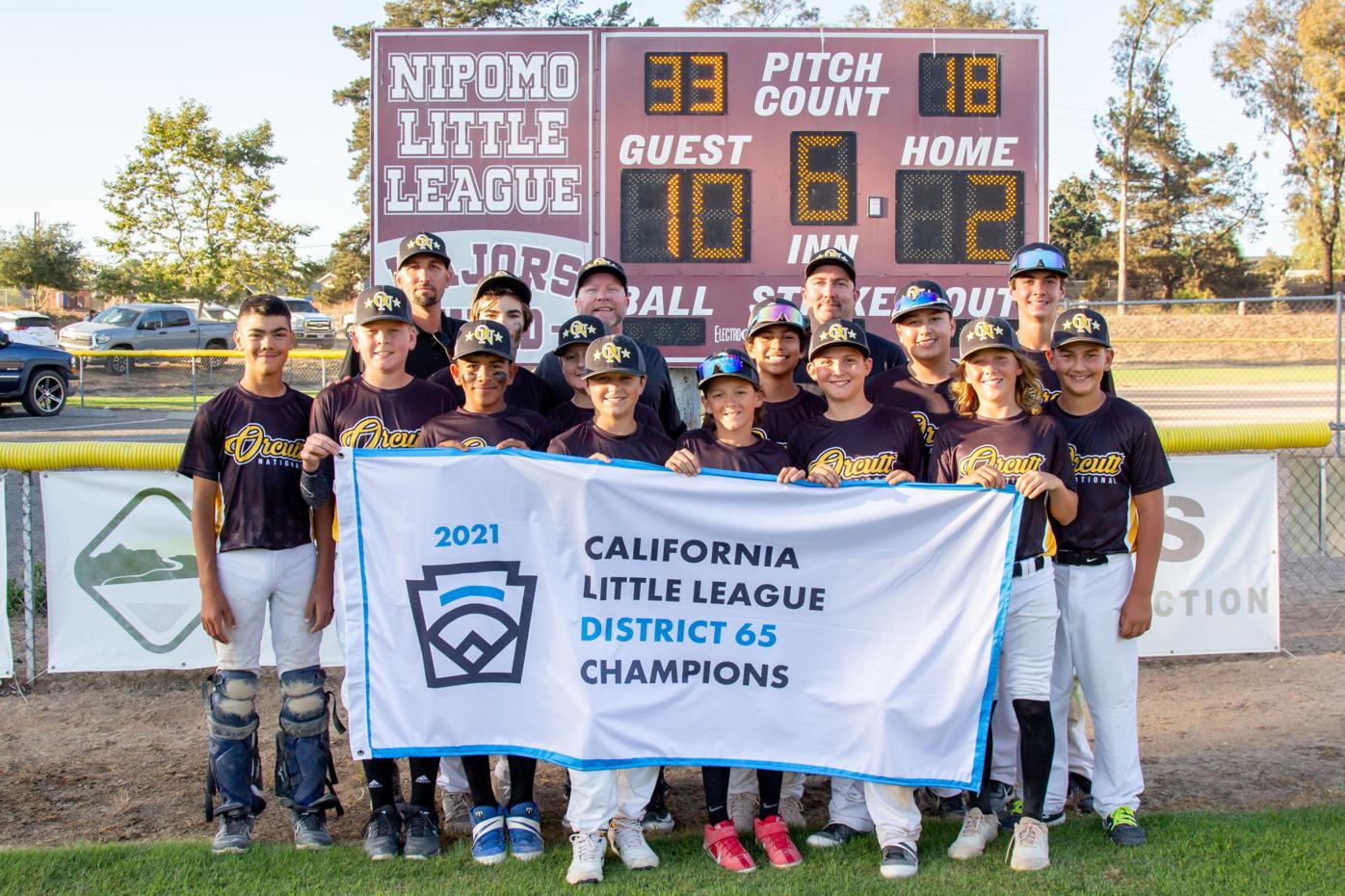 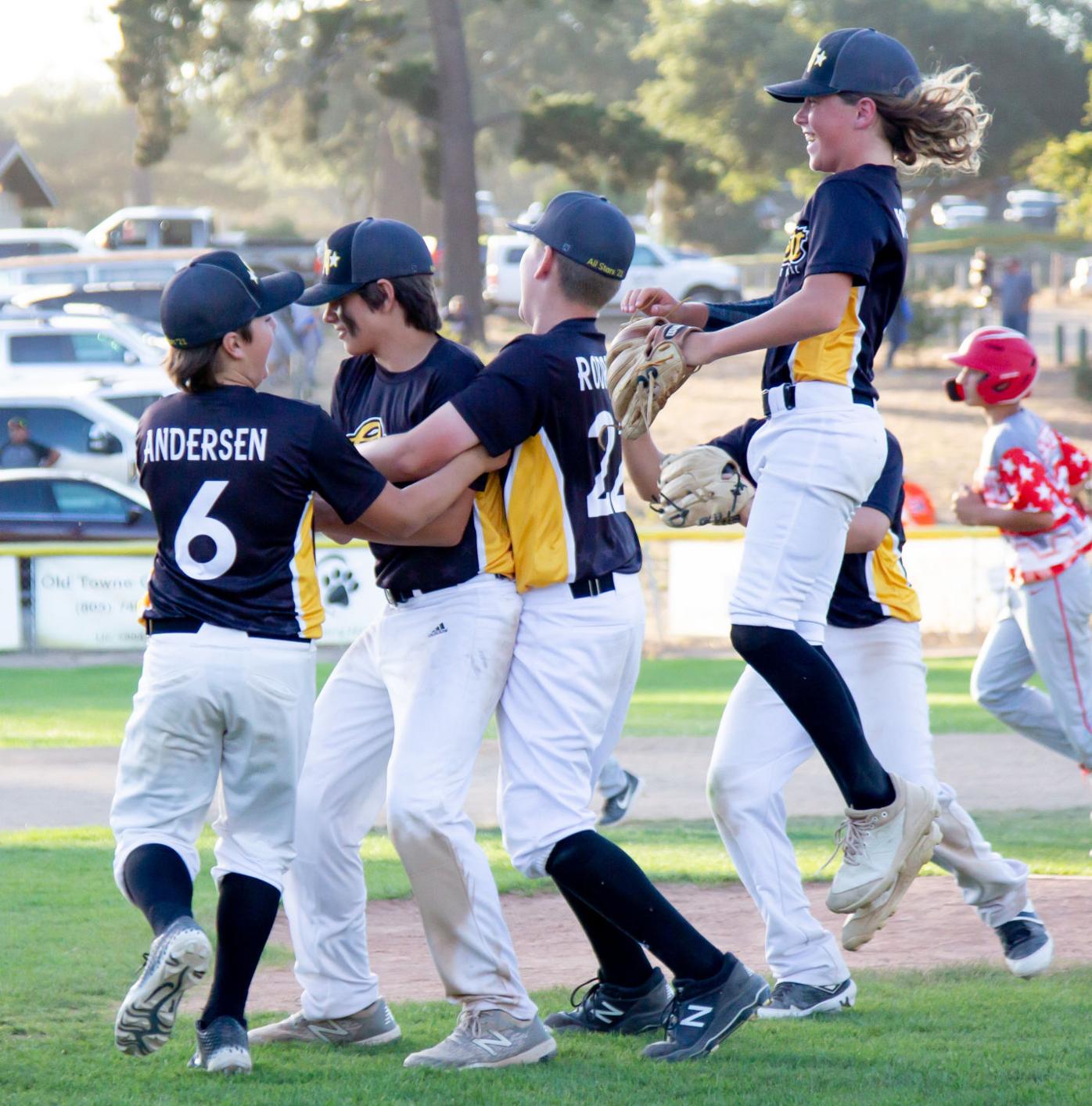 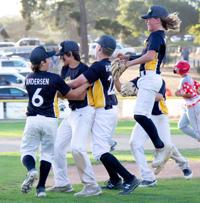 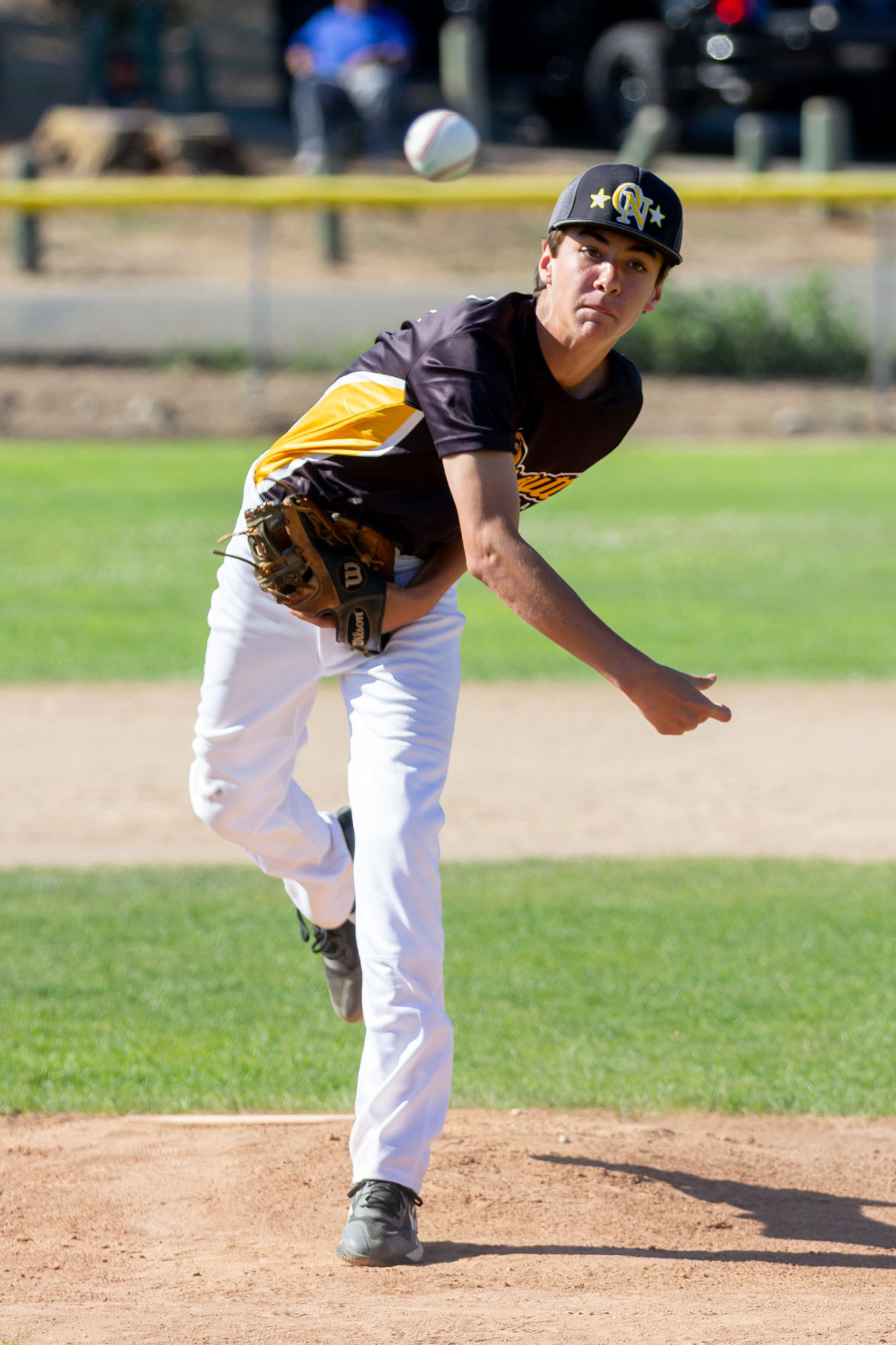 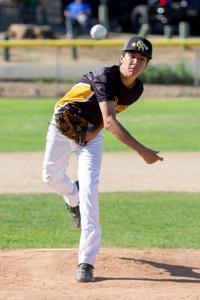 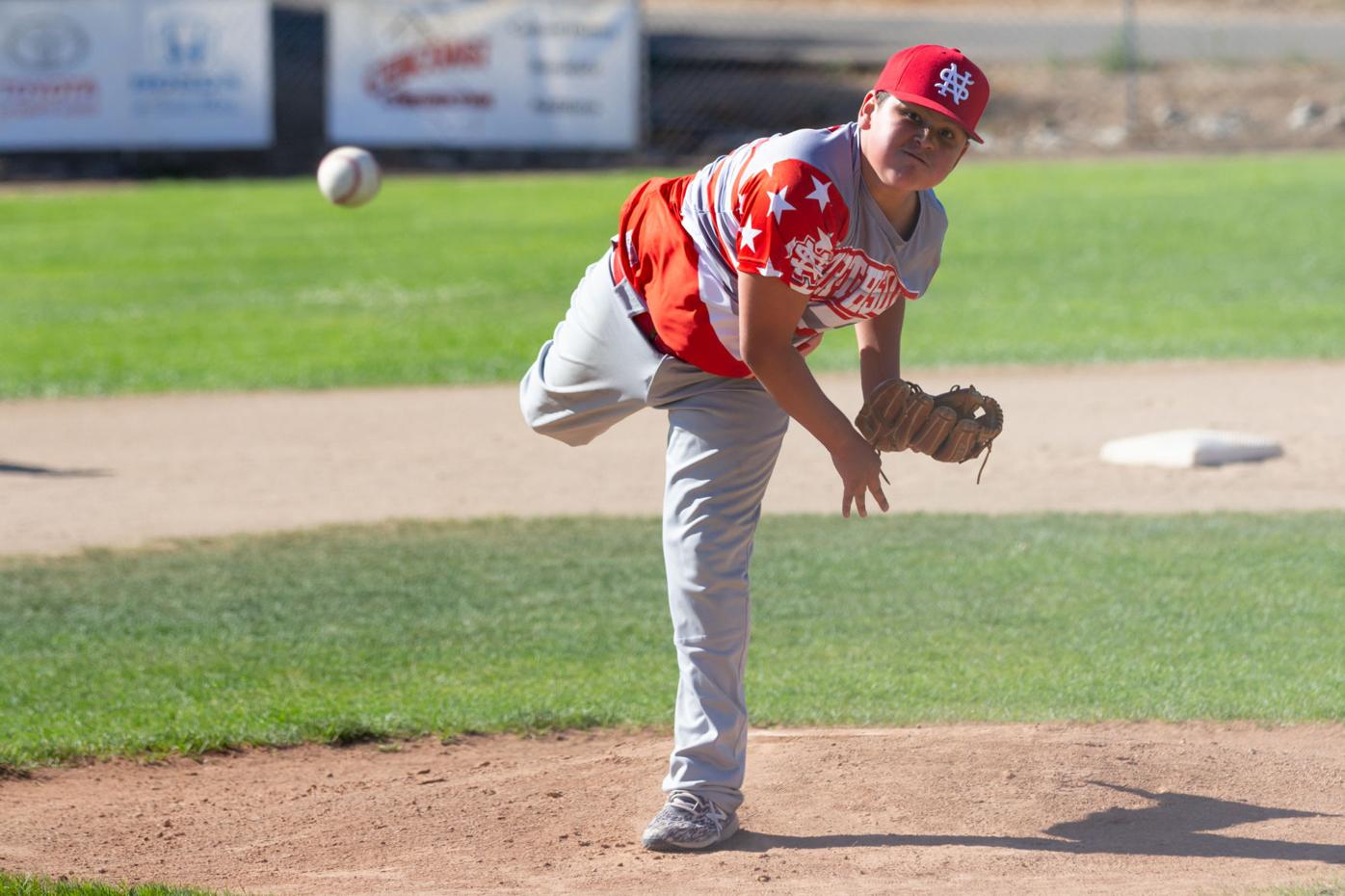 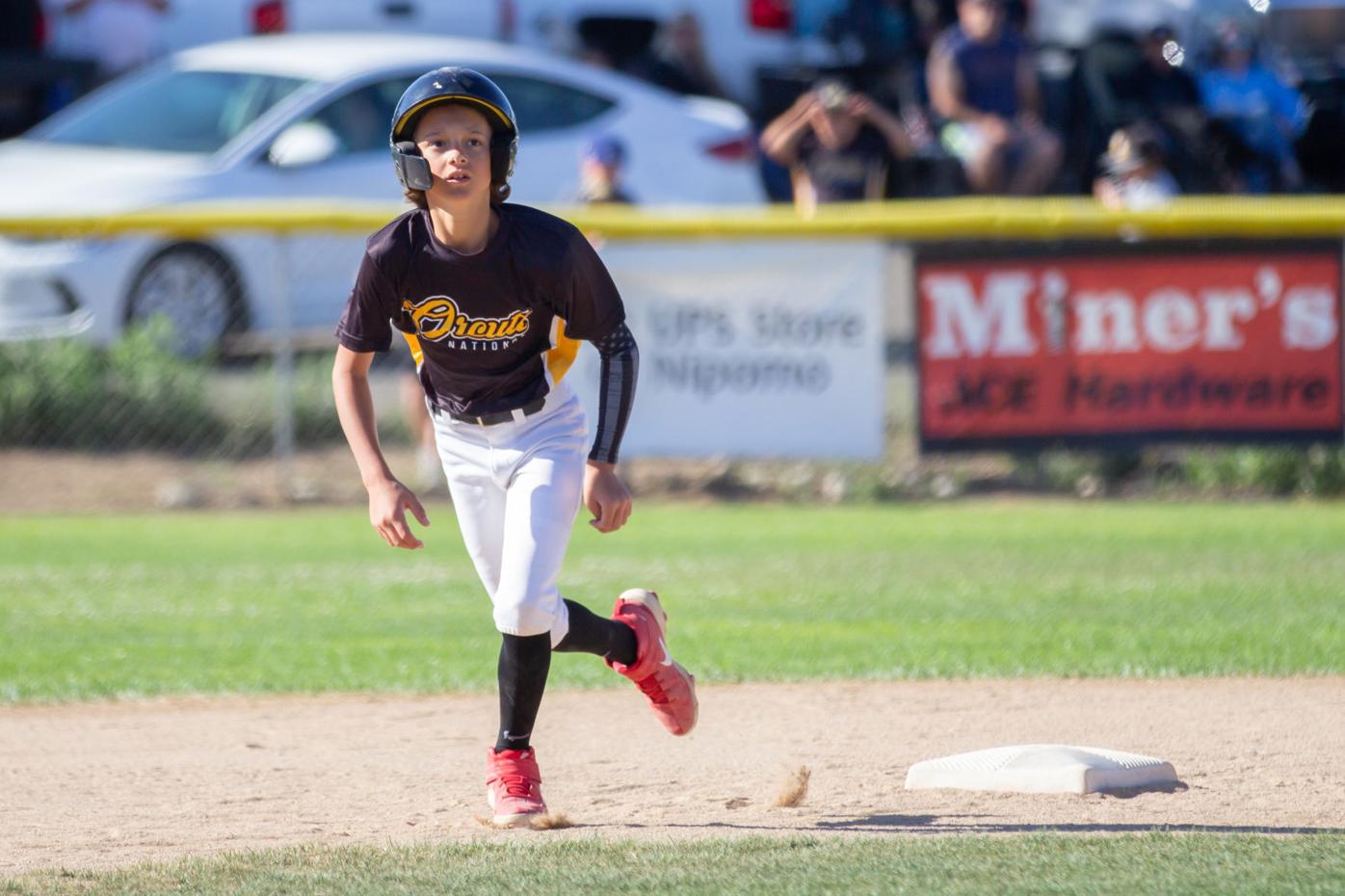 With a 10-2 win over Santa Maria Northside, the Little League All-Star team from Orcutt claimed the district championship to cap its dominant dash through the 12-year-old tournament.

Carter Anaya started on the mound for Orcutt National and was solid once again, striking out eight batters in 4 1/3 innings of work. Anaya had thrown seven innings previously in the tournament and entered the game with 16 strikeouts in district play.

Max O'Keefe pitched in relief and struck out three batters.

Santa Maria Northside was clearly the second-best team in the tournament, with both of its losses coming to this Orcutt National team. Northside lost to Orcutt National 3-0 in its first tournament game last week and won three straight elimination games, beating Santa Maria Westside 10-0, Orcutt American 8-3 and Lompoc 8-7 on Monday night.

Though Orcutt National won by eight runs, the game was nip-and-tuck for the first half.

Northside starter Ivan Enriquez was a bulldog on the mound. He threw 32 pitches in the first inning but got a strikeout with the bases loaded to get out of the jam without allowing a run.

Northside then loaded the bases in its half of the first inning but Anaya got a strikeout and a pop-out to end the threat and keep the game scoreless.

Anaya then helped his own cause in the second, reaching base on a single and eventually scoring on a base hit by Ashton Bluem to give Orcutt National a lead it would not relinquish.

Enriquez got a lineout to end the inning and strand two more National runners.

Neither team scored in the third inning as Northside kept it a one-run game. Then Orcutt National broke it open with a four-run fourth inning.

Max Anderson singled to left with one out. Northside then got a second out on a ground ball to second base. But Lucas Woodruff followed that up with a single to center field to score Anderson.

Northside then made a pitching change with two runners on and Kamron Walker coming to the plate. Walker then smashed a homer to center field that was just out of reach for center fielder Konner Galaites, giving Orcutt National a 5-0 lead through three innings.

Anaya worked around three walks in the bottom of the fourth, recording a pair of strikeouts, including one that ended the inning with the bases loaded.

O'Keefe then added o Orcutt National's lead with a solo homer to lead off the fifth inning.

Northside, though, wasn't going anyway quietly. Anaya got a strikeout on his 91st pitch and was relieved by Max O'Keefe in the bottom of the fifth.

Izaiah Garcia got his team on the scoreboard with a well-placed opposite field double to left, scoring David Cortez III and Andrew Rice.

O'Keefe battled back, striking out the next two batters to end the inning and strand Garcia at third.

Orcutt National then put the game away with four runs in the top of the sixth. Mason Majewski, a star pitcher and catcher, doubled home Bluem.

Walker then drove Majewski in for his fourth RBI of the night. O'Keefe then plated Walker and Nolan Roberts to put ON up 10-2.

Northside still had some fight in them in the bottom of the sixth. With two outs, Ivan Enriquez walked and Cortez singled. Galaites then singled to load the bases, but O'Keefe struck out one last better to end the game and give Orcutt National its first District 65 title since 2011.

Lompoc Little League, the 2019 district winner, was the most recent District 65 champion after the 2020 tournament was scrapped due to the coronavirus pandemic.

Northside won in 2008 and Orcutt National got another title in 2007.

Now the team will prepare for the Section One Tournament. That tournament will be held in Thousand Oaks from July 17-21. Orcutt National, the District 65 champ, will play the District 63 champion to open Section One play on July 17 at 11 a.m.