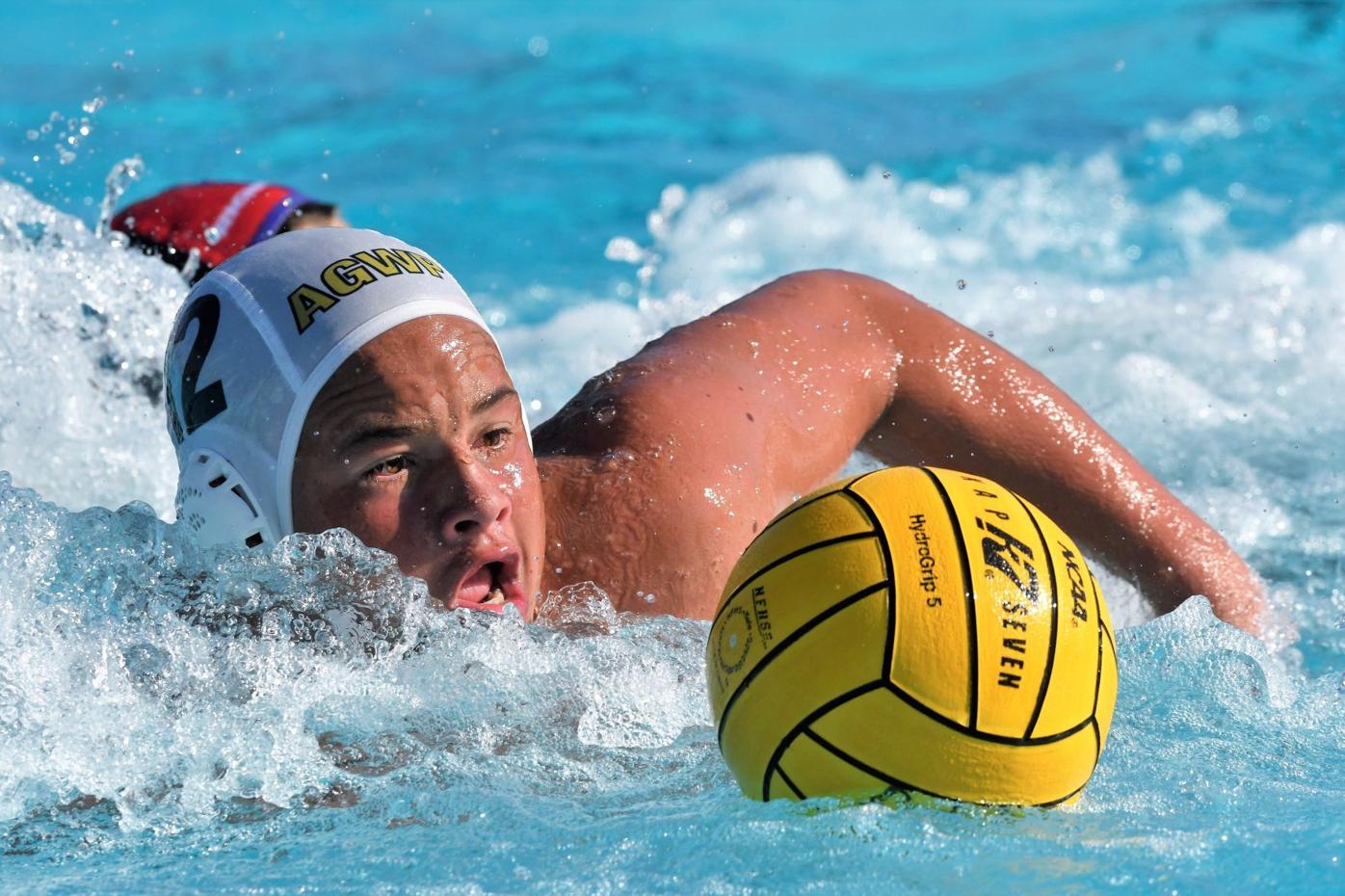 Arroyo Grande's Lucas Anderson pushes the ball up the pool during Wednesday's game against Righetti. 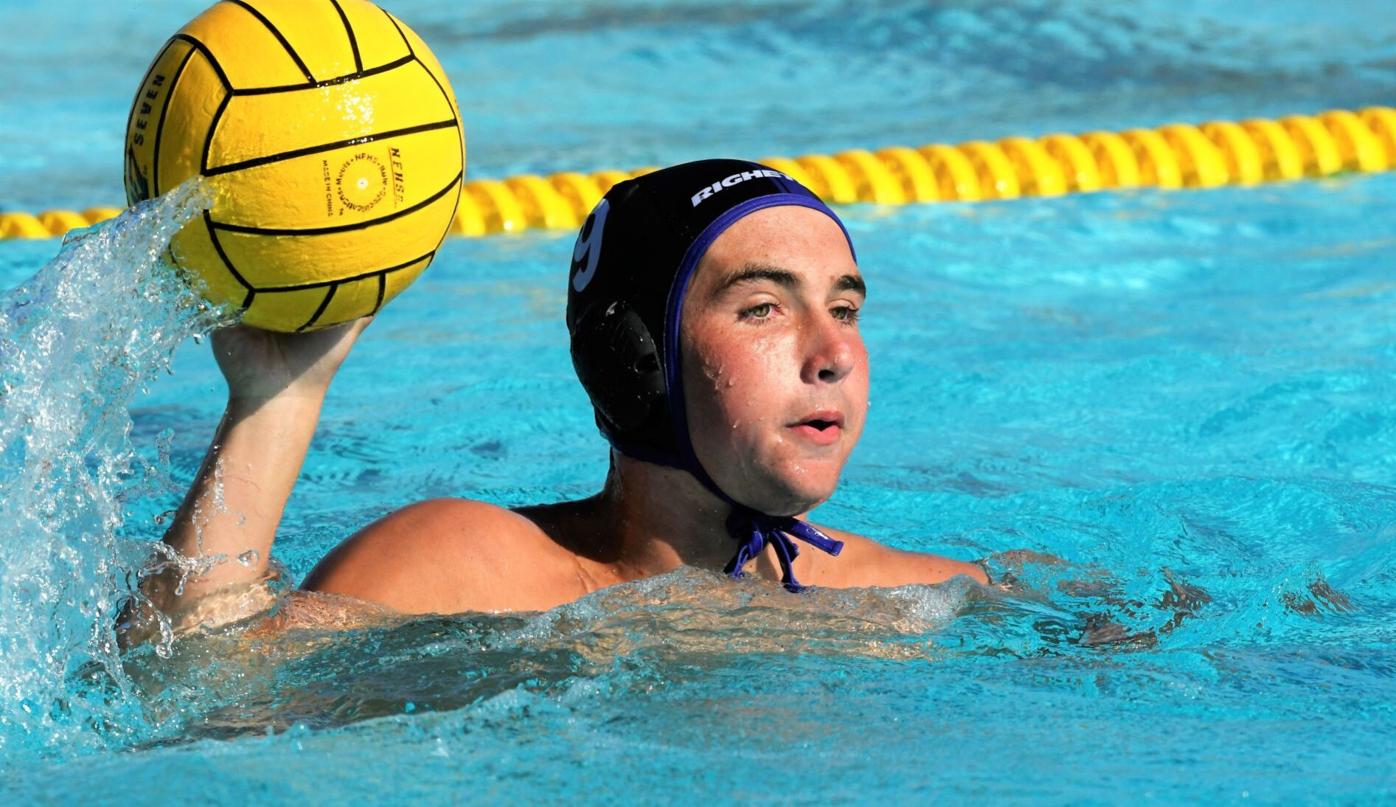 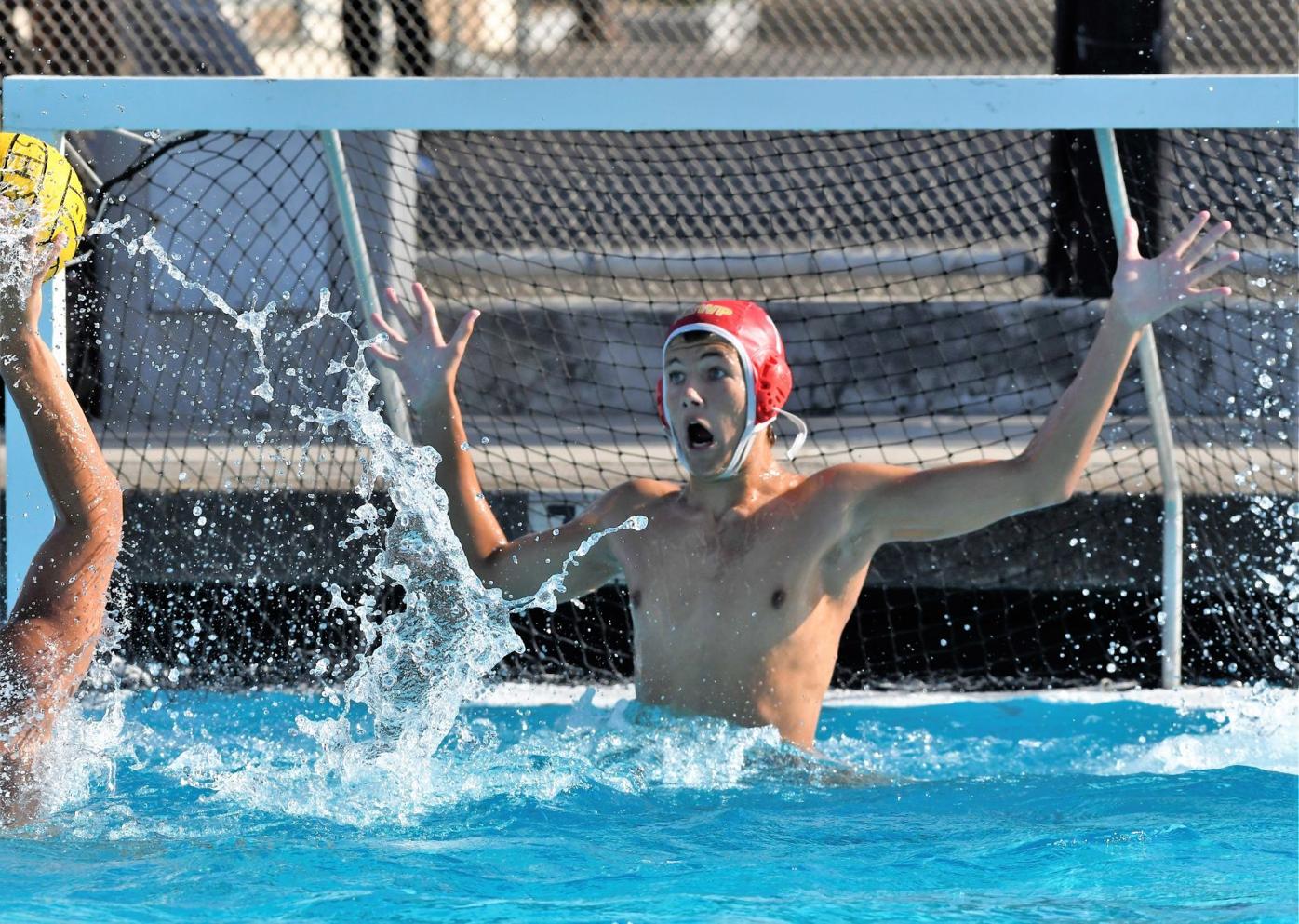 Arroyo Grande's Aiden Fitzpatrick goes up for a save during Wednesday's game against Righetti. 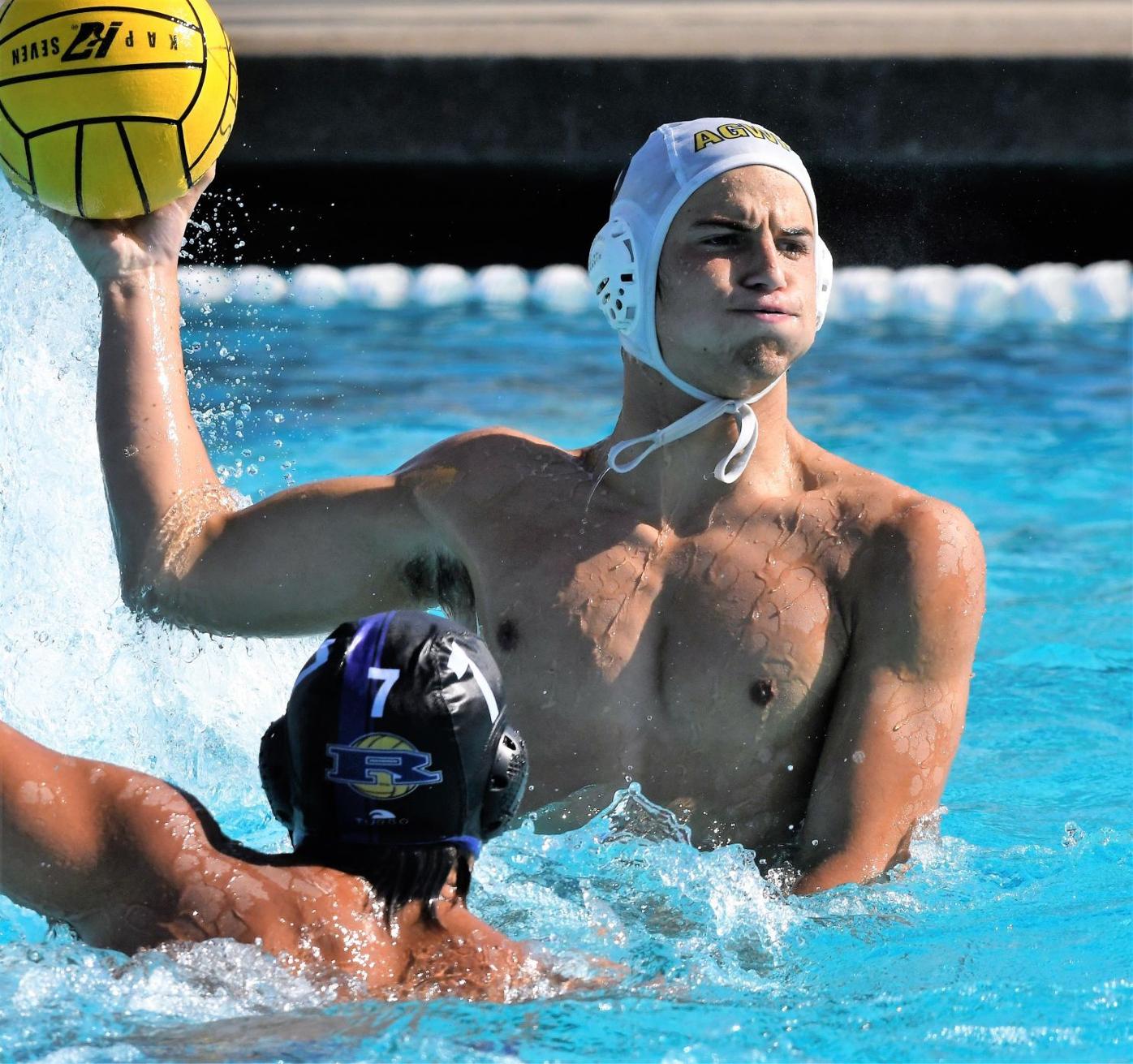 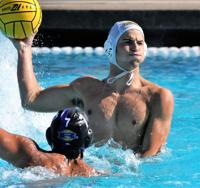 Arroyo Grande's Lucas Anderson pushes the ball up the pool during Wednesday's game against Righetti.

Arroyo Grande's Aiden Fitzpatrick goes up for a save during Wednesday's game against Righetti.

The power has seemingly shifted in the Mountain League this year.

Whoever wins the Arroyo Grande-Righetti matchup typically wins the league championship. Over the last decade, that had typically been Righetti.

Aidan Fitzpatrick was strong in the goal for Arroyo Grande, making nine saves.

Blake Cornelson scored two goals for Righetti and Kyle Long and Andrew Nelson scored once each.

Dane McGuire made four saves for the Warriors in goal.

Hancock College broke through the rankings in the latest edition of the JC Athletic Bureau Coaches' Top 25 Poll and the CCCSIA Top 25 Football Poll. The Bulldogs were previously unranked in the preseason edition of both polls.

Hancock, which is currently 2-0 overall on the season with wins over Santa Barbara City College and San Bernardino Valley College, picked up the No. 22 ranking in the JCABC Poll. Bulldogs running back, Maurice Smith, is currently ranked second in the SCFA with 106 rushing yards per game and has recorded three touchdowns on the season. Colton Theaker also leads the SCFA with an average of 47.6 yards per punt and ranks third with 63.7 yards per kickoff. The Bulldogs also hold the second-longest active win streak in the CCCAA with nine consecutive victories.

Hancock is scheduled to host No. 18 Cerritos College on Saturday at 2 p.m. on Allan Hancock Field. Tickets for the contest can be purchased online.

Hancock secured its first win of the season while on the road at West LA College on Tuesday. The Bulldogs won 3-2.

Nipomo High grad Emely Graciliano Sanchez put the Bulldogs (1-2-2) ahead early with a goal in the opening minute of action, but the momentum quickly swayed in favor of the home team after a pair of goals in the 12th and 36th minutes from the Wildcats (0-4-1). Jaelynn Guzman knotted the score in the 47th minute and a goal by former Cabrillo standout Antoinette Terrones in the 49th minute secured the victory.

Guzman, Graciliano Sanchez and Hope Smith led the offensive attack with four shots each and combined for nine of the team's 11 shots on goal. Ally Britt registered the win in the box for the Bulldogs after collecting one save.

Up next for the Bulldogs is a home showing versus Bakersfield on Friday at 4 p.m.

After a sluggish first set, Cabrillo woke up and rolled past rival Lompoc in a Channel League match Tuesday night.

"We started the night a little slow, but once we won the first set we got into the groove and played Cabrillo volleyball," Cabrillo coach Tiffany Nicastro said. "Our servinggame was strong tonight with Mia Blackburn and Emma Fistarol serving five aces and Eva Stoyos serving two."

"The girls have been excited to play Lompoc indoors -- the last time was in 2019 -- and it is always so fun to watch them play and the crowds go wild," Nicastro said. "I was so proud of how each athlete played tonight. Each player contributes to the team. This is the team I've coached in my eight years of coaching volleyball -- skill level and overall knowledge and attitudes towards the game.

"I'm excited for what the rest of our season holds."

The Santa Ynez Pirates hosted the Lompoc Braves at the Alisal River Course for their first Channel League match of the season. The Pirates won 263 to 294. Santa Ynez senior Emily Ruiz was the match medalist with a 49.

Emily Ruiz shot a 49 to earn medalist honors and lead the Pirates over the Braves on Tuesday.

The Braves were led by Aunyce DeLuna's score of 53. Halee Sager shot 54. The other Lompoc scorers were Pattie Matzie (58), Teagan Thompson (63) and Izzy Rubio (66).