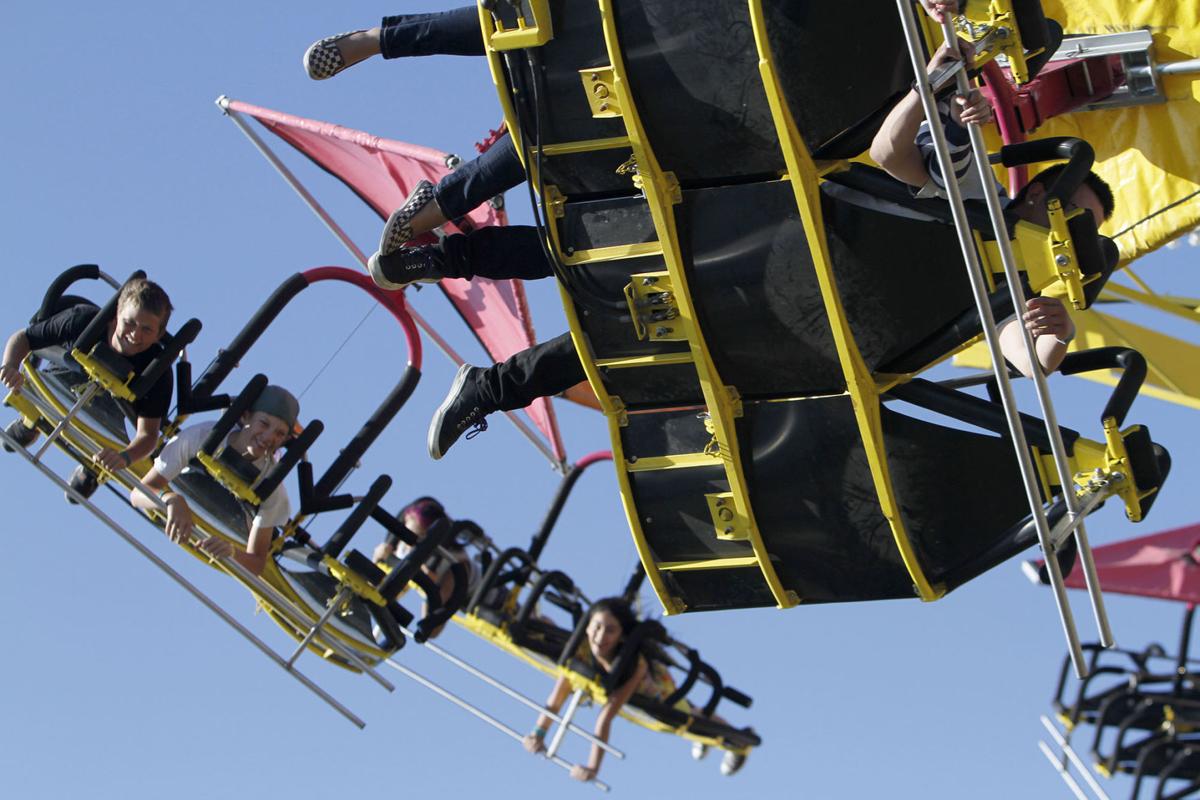 Kids fly high on a ride at the 2017 Santa Barbara County Fair at the Santa Maria Fairpark. Three rides from Michael Jackson's Neverland Ranch — the Zipper, Lolli Swing and Spyder — will be featured at the fair this year. 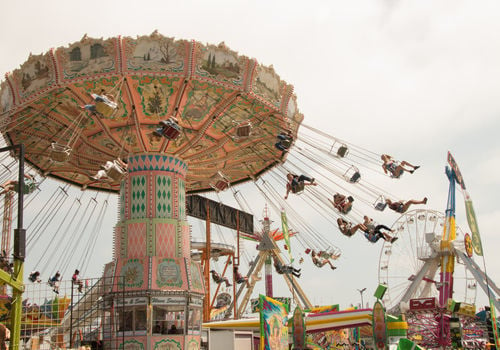 Three of Michael Jackson's Neverland Ranch amusement rides — the Zipper, Lolli Swing and Spyder — will be featured at the 2018 Santa Barbara County Fair.

A cluster of new performances and attractions will debut at the Santa Barbara County Fair this year, including some with a unique tie to the county.

"In talking with people around the community, there's always some kind of connection," said Shelly Cone, fair spokesperson. "Some know people who worked on the ranch. Others may have gone on tours or field trips. With Neverland being in our backyard, it's neat to have rides back here."

Corey Oakley, vice president of Helm and Sons Amusements, said the Zipper, a Ferris wheel-like ride featuring a dozen freely rotating cages; Lolli Swing, a lollipop-themed aerial swing; and Spyder, formerly used at Neverland, will be among the company's 32 rides featured at the five-day fair, which opens July 11.

Though Helm and Sons purchased the rides following Jackson's death in 2009, during his lifetime the company remained responsible for procurement and upkeep of the rides at Neverland. The company now owns six rides from Neverland.

In addition to the Neverland rides, Helm and Sons will be bringing the Little Dipper, a new children's roller coaster; Krazy Train, which features replica fire trucks and semitrucks; and the Himalaya, a rotating car ride that goes backward and forward, to the fair.

"We’re trying to be a little different and try to create a theme park atmosphere," said Oakley, adding that the company hopes to create a seamless ambiance between the rides and other attractions.

An old-time band organ (also known as a calliope) will be set up in the kids’ area, serenading visitors with traditional fairground music. Cone said "strolling acts" like trick ropers, unicyclists and roving cowboys will help bridge the festival's atmosphere with wandering fairgoers.

"It's just another way of bringing some fun as you're walking around looking at exhibits and vendors," Cone said. "It makes it a real fun time."

New to the fair this year are the Royal Circus, a family of five performers presenting a circus-type show with a high-wire act, comedy and magic and "Dancing Waters," an automated water show synchronized to music.

"We always need to stay a step ahead," said Oakley, adding that Helm and Sons tries to make changes to its attractions each year.

"There are some things that are new and different than what we've had in the past," Cone said. "This is really exciting for us."

Fun at the fair

The fair opens at noon each day and closes at 10 p.m. The carnival may stay open until midnight.

Fun at the Santa Barbara County Fair starts this week

Down to the wire: Santa Barbara County Fair competitors get livestock ready for their close-up

For a group of Central Coast schoolchildren, the annual Santa Barbara County Fair is more than a leisurely way to spend a Friday night.

The Santa Barbara County Fair was in full swing Friday, with thousands of Central Coast residents flocking to the Santa Maria Fairpark for the…

Kids fly high on a ride at the 2017 Santa Barbara County Fair at the Santa Maria Fairpark. Three rides from Michael Jackson's Neverland Ranch — the Zipper, Lolli Swing and Spyder — will be featured at the fair this year.

Three of Michael Jackson's Neverland Ranch amusement rides — the Zipper, Lolli Swing and Spyder — will be featured at the 2018 Santa Barbara County Fair.