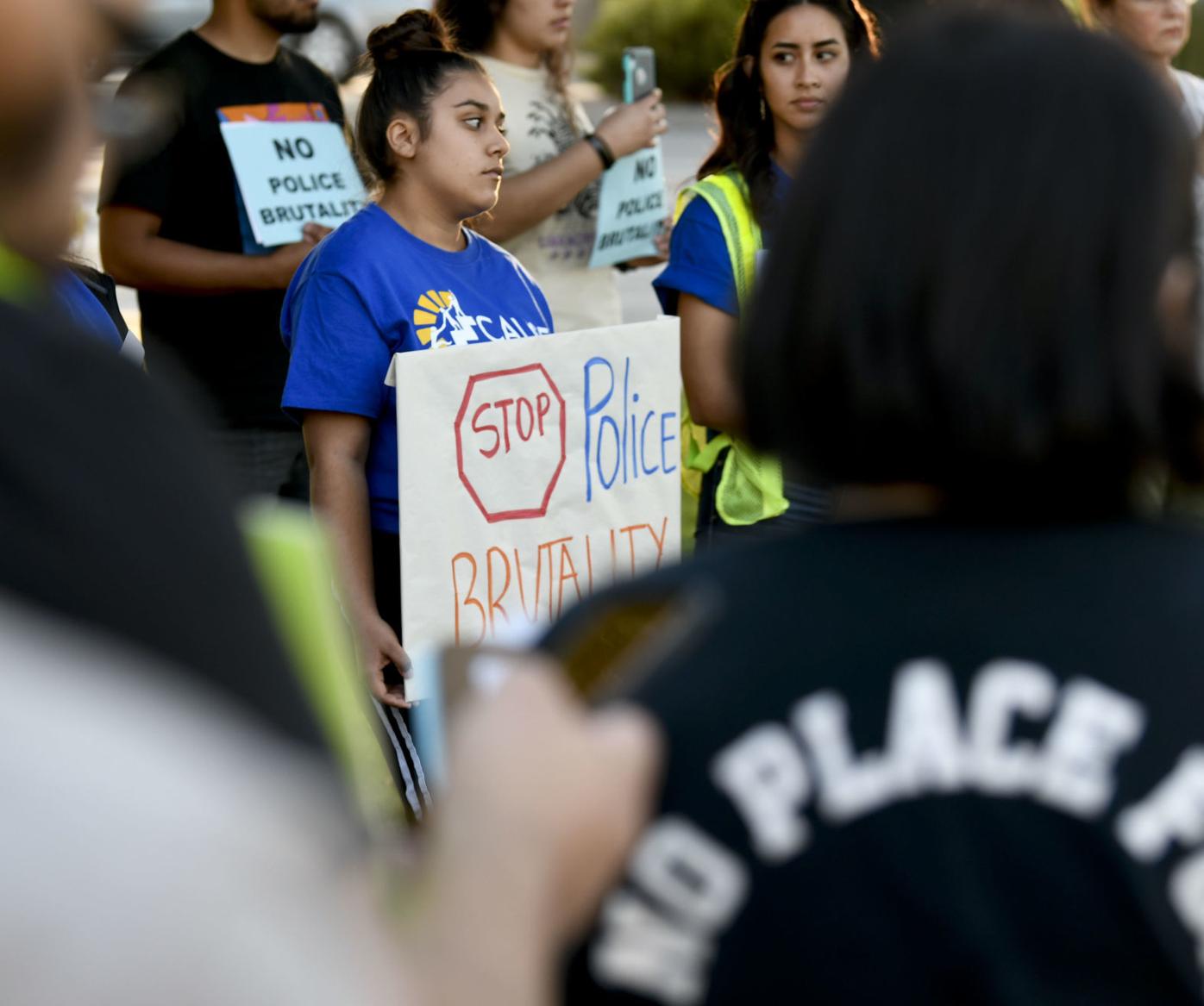 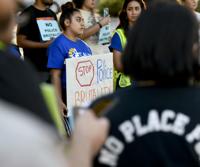 Protesters gather outside Santa Maria City Hall during a rally in response to a viral Santa Maria Police arrest video. 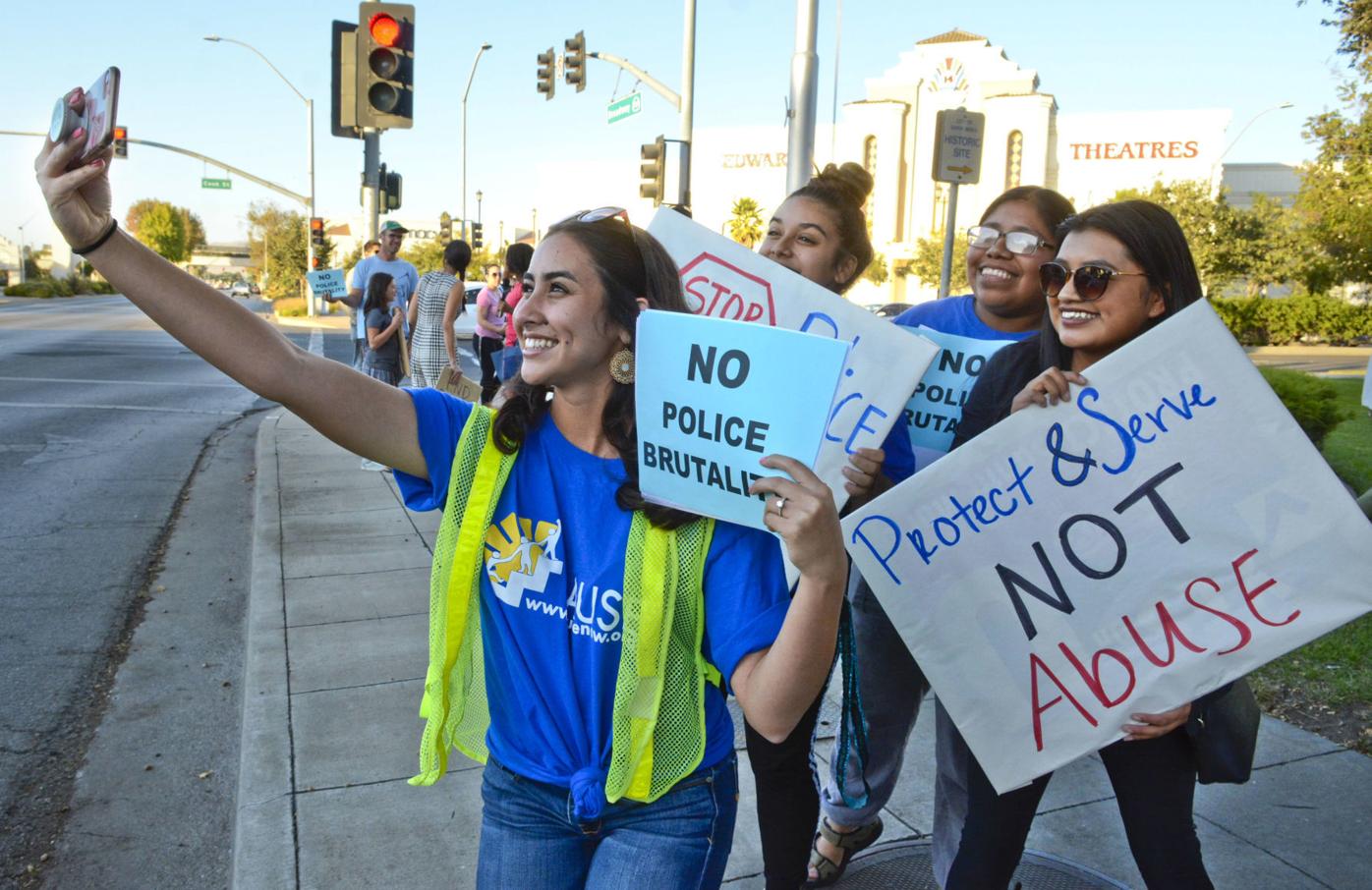 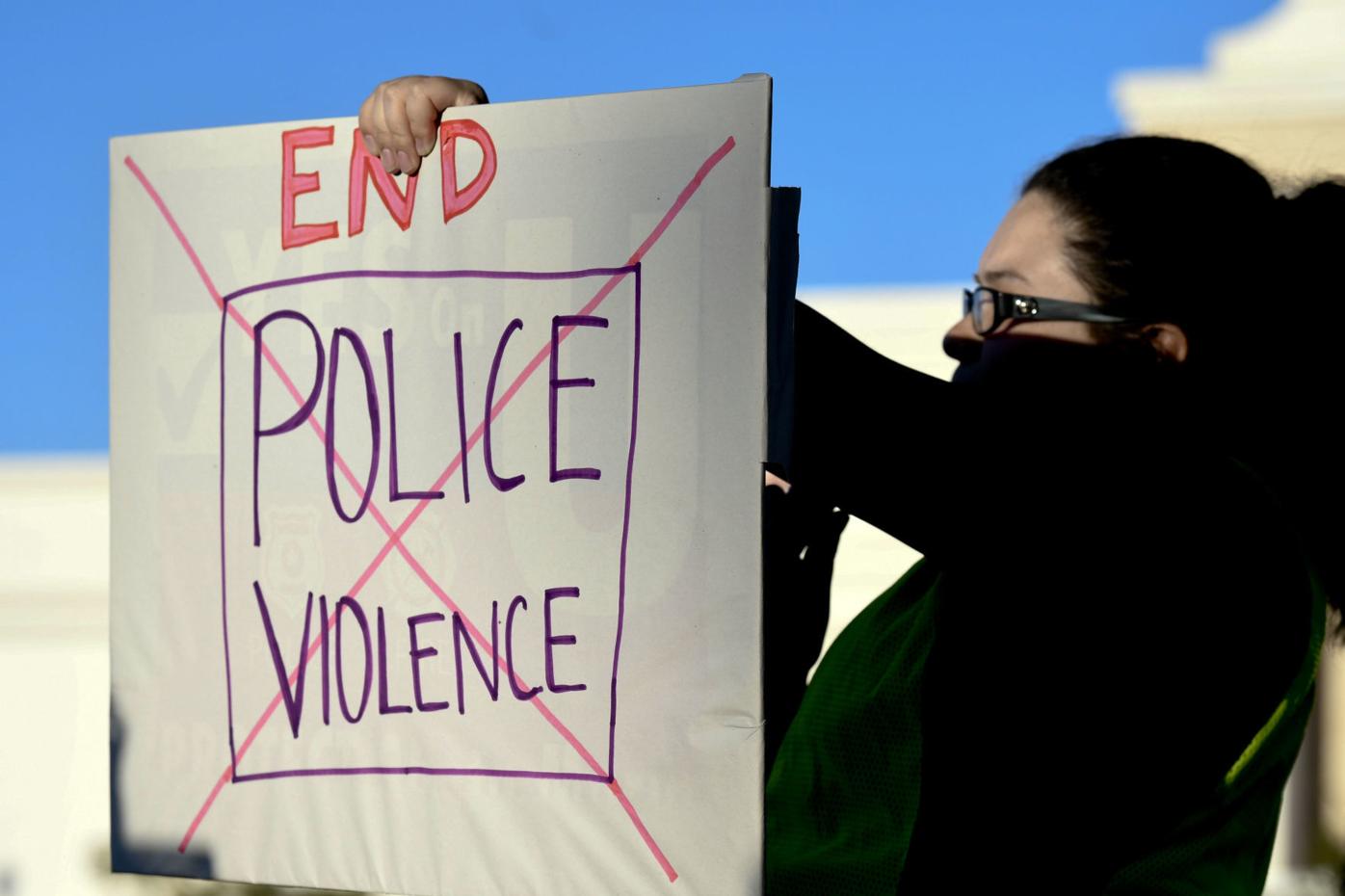 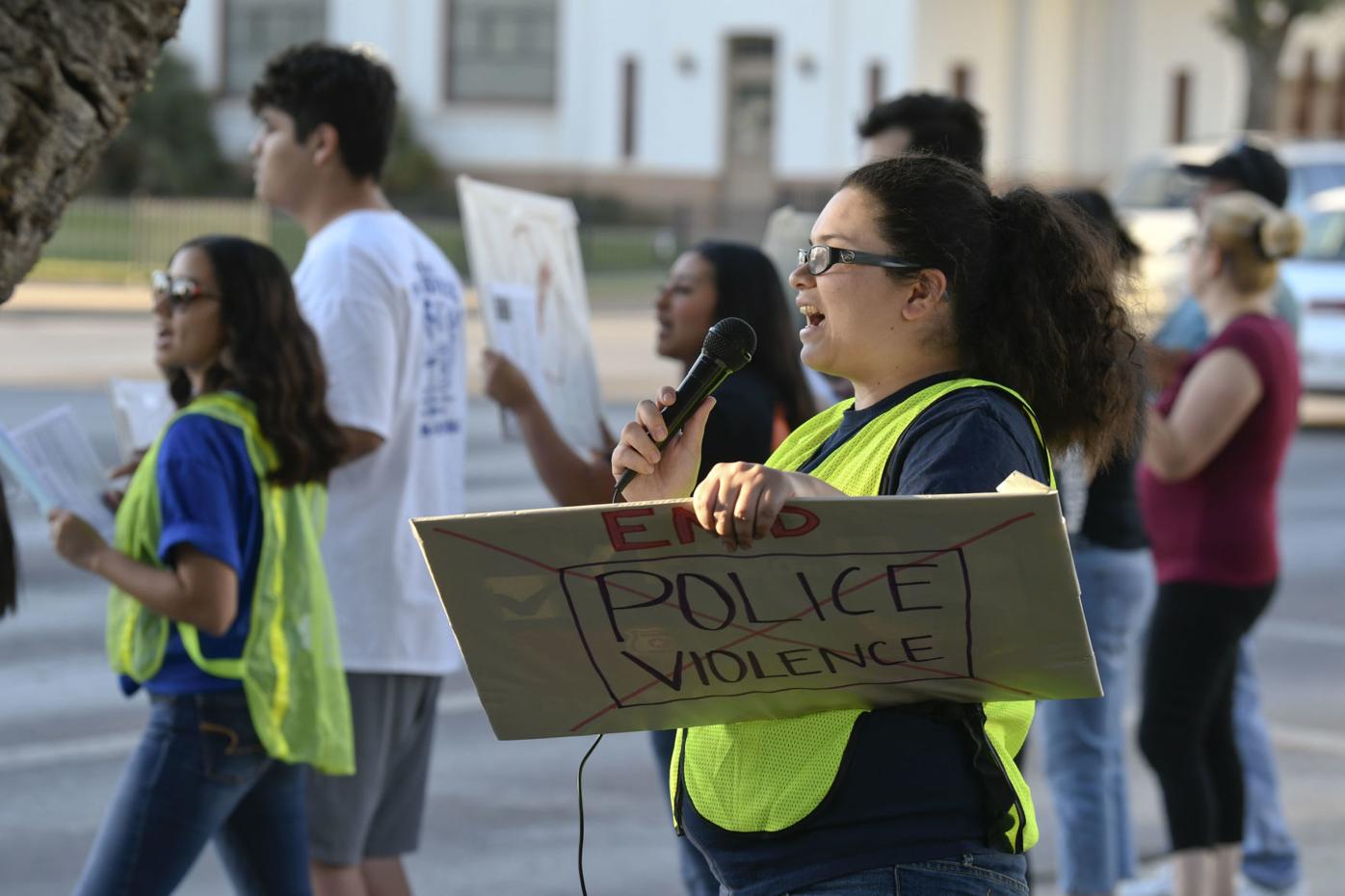 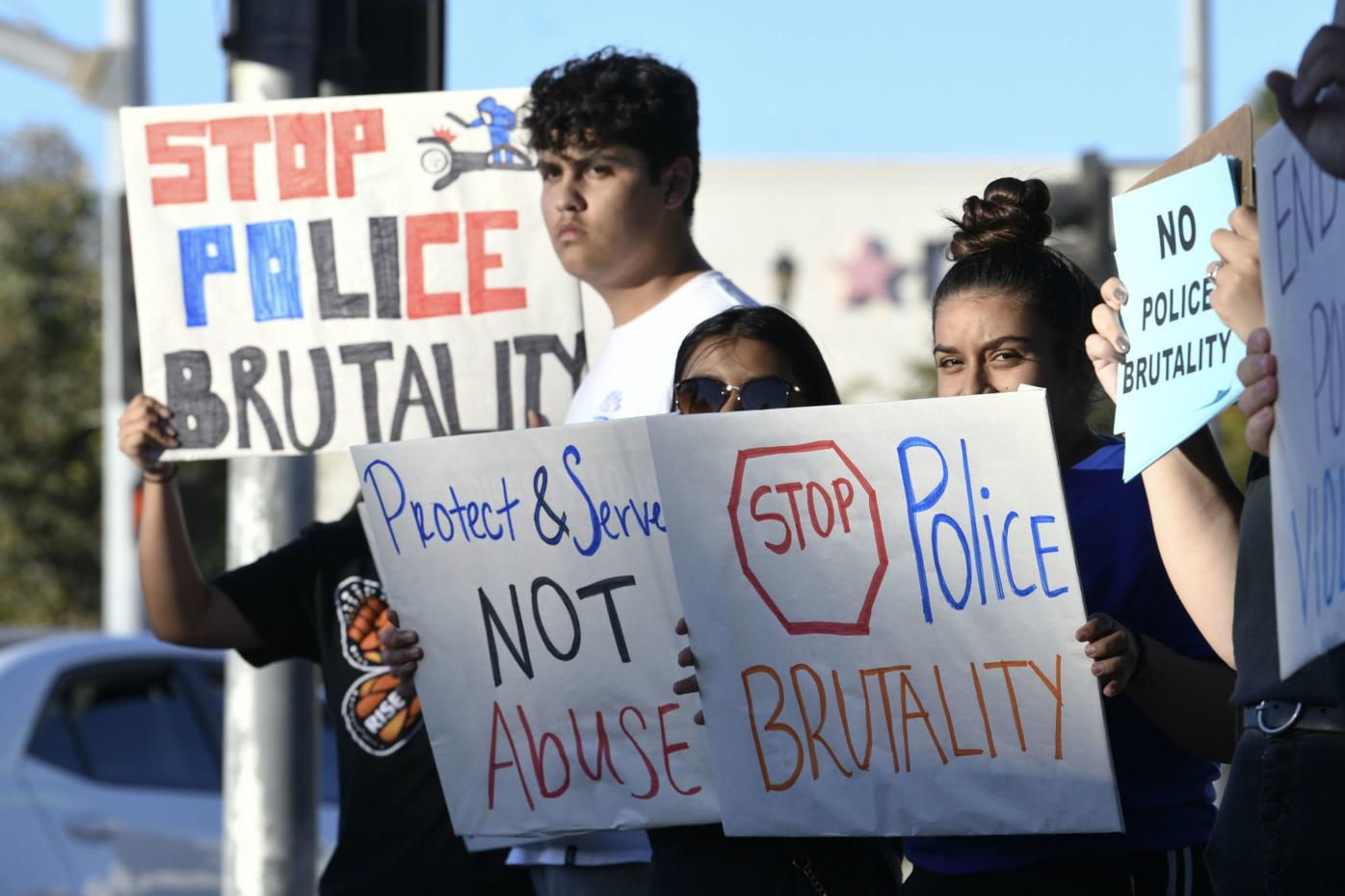 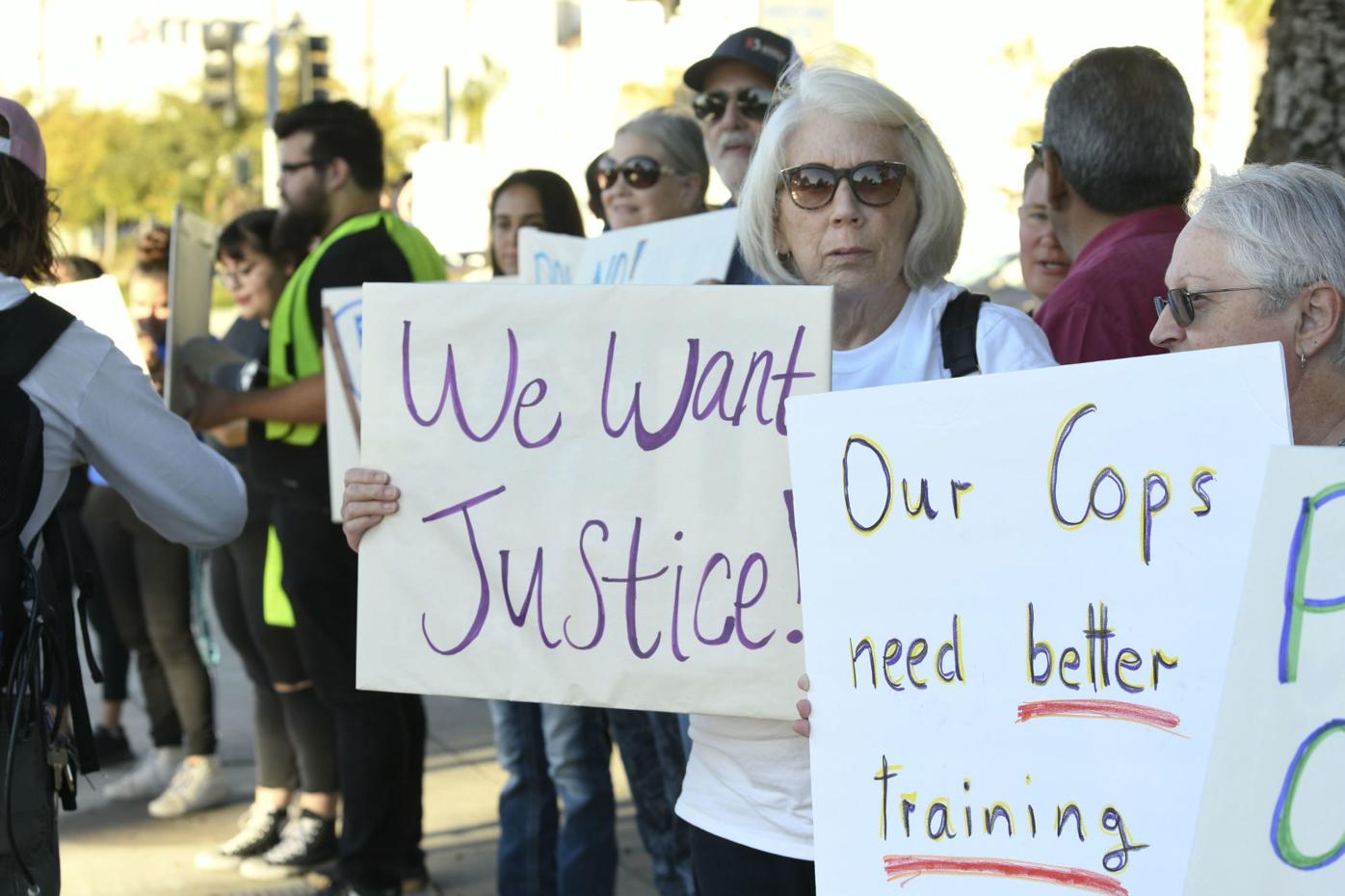 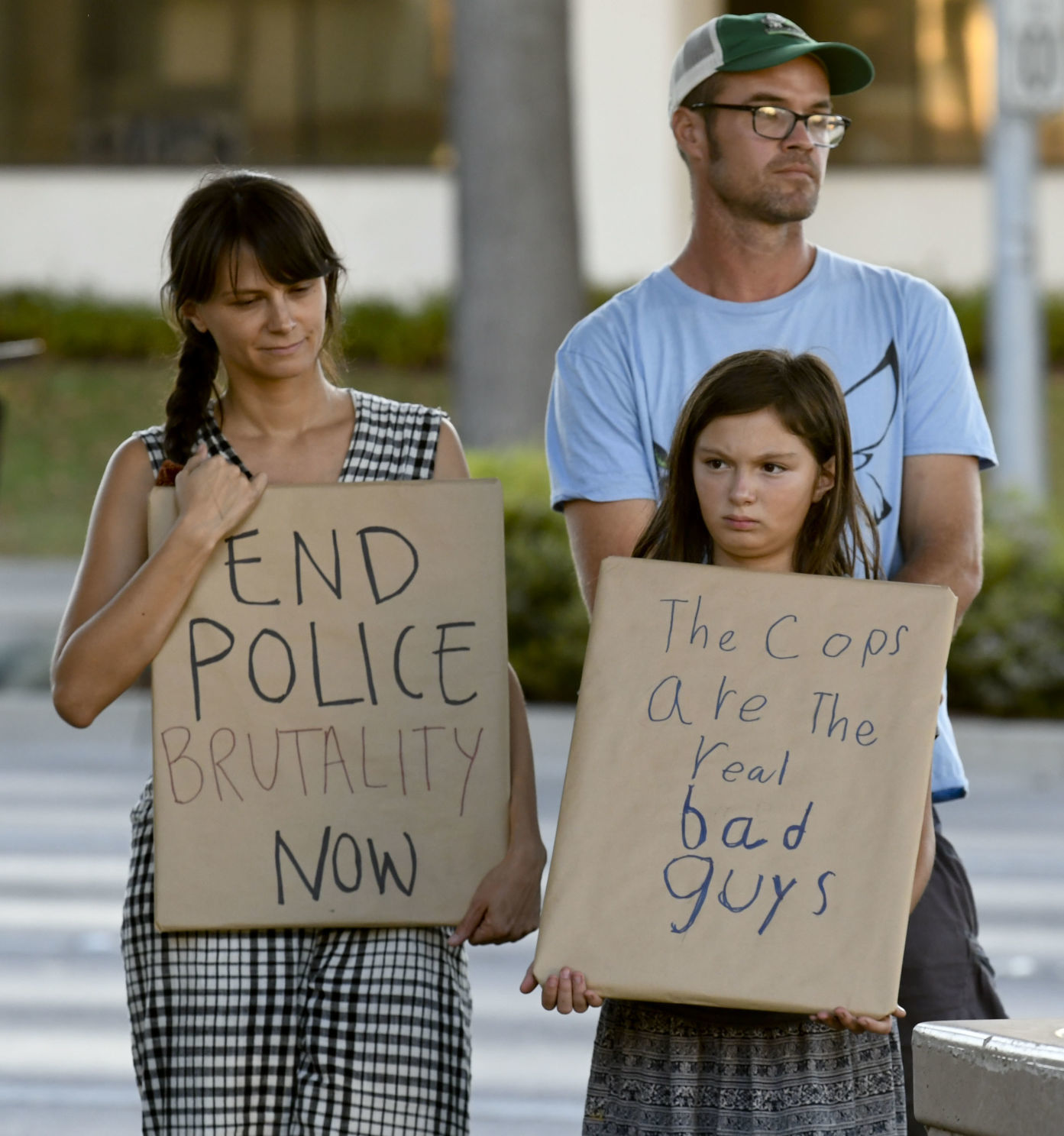 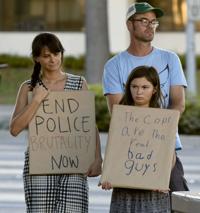 Protesters gather outside Santa Maria City Hall during a rally in response to a viral Santa Maria Police arrest video.

A group of protesters gathered at the corner of Broadway and Cook streets on Friday evening in response to a viral video recorded Oct. 20 showing the violent arrest of a suspected DUI driver by Santa Maria Police.

The video, which was recorded by a bystander, shows a man suspected of driving under the influence being held at gunpoint in the middle of a street after he allegedly evaded police. Police appear to fire pepper spray at the man before an officer is seen putting the man's hands behind his back, then punching his head while the suspect appears to be resisting.

According to Santa Maria Police Cmdr. Marc Schneider, the arrest followed a brief pursuit, which was initiated by a female officer in a marked Santa Maria Police patrol vehicle who observed the driver pass several cars at a stop sign near the corner of Boone Street and Western Avenue.

The rally was organized by Central Coast Alliance United for a Sustainable Economy (CAUSE). Abraham Melendrez, an advocate for CAUSE, demanded that city leaders conduct an independent investigation of the video.

"I think a lot of community members feel it's unfair that the police department is investigating itself," Melendrez said.

Lastly, Melendrez said he wants the Santa Maria Police Department to implement the use of body cameras.

The Santa Maria Police Department has said the video is under review and can't comment on the incident.