Work could move forward soon on the proposed Orcutt Marketplace, a project that would serve as a gateway to the community from Highway 101 and bring more than 250 residential units, a hotel, restaurants, a gas station and retail businesses to the community.

An amendment to the contract with San Luis Obispo environmental consulting firm LSA Associates to prepare a supplemental environmental impact report is scheduled to go before the Santa Barbara County Board of Supervisors when they return from summer vacation Tuesday at a meeting in Santa Barbara.

“The amendment to the contract is for the amount of money — some additional funds are needed to complete the analysis on a couple of items,” said Dana Eady, senior planner for the County Planning & Development Department.

“We’re waiting on additional technical studies, and there may be some changes to the [project] plans,” she added. “Once we get those, we’ll get started. We’ll renotice [the SEIR] and there’ll be a whole process we’ll go through.”

If approved, the amendment will increase the amount of the contract with LSA Associates to cover additional peer review of technical studies, technical analysis and preparation of the SEIR’s greenhouse gas emissions, energy and paleontology sections, according to a county staff report.

Preparation of the SEIR is being paid for by the project owner and applicant, Orcutt Marketplace LLC of San Luis Obispo.

The owner is seeking approval of a development plan and a conditional use permit for a major mixed-use commercial center that could include 252 apartments, a 125-room hotel, five restaurants, a brewery, a pharmacy, retail businesses and a gas station with a minimarket and car wash.

The project is proposed on just over 20 acres of a 24.66-acre triangular parcel at the northwest corner of Clark Avenue and Highway 101, which was identified as Key Site 1 in the Orcutt Community Plan that envisioned a commercial gateway development — but at a less-intense level — at that location.

The general impact on the community from a commercial project at that site was assessed in a “mini-EIR” in the process of developing the Orcutt Community Plan, but certain aspects of the current proposal — primarily a major increase in the number of residential units — triggered the need for a supplemental EIR.

While the theoretical project assessed for the Orcutt Community Plan consisted of a 372,708-square-foot development, with the option of up to 23 residential units, the proposed Orcutt Marketplace would cover 422,304 square feet and contain 252 apartments.

According to the scoping paper for the supplemental EIR, the main impacts to be assessed are the effects on air quality; increased noise, solid waste production and traffic congestion; and the loss of open space, its visual impact and the encroachment of urban uses on a rural area.

Most of those are the same Class 1 environmental impacts — considered significant and unavoidable even after mitigation — the Board of Supervisors allowed by adopting a statement of overriding consideration when the Orcutt Community Plan was adopted.

Other impacts the scoping paper says should be considered include more students at local schools, demand for limited water resources, the need for more law enforcement and demand for emergency medical services.

The design of the center places the majority of the commercial operations at the wide end of the property along Clark Avenue, with the apartments and some commercial uses north of the main commercial area and the hotel immediately north of the residential units. 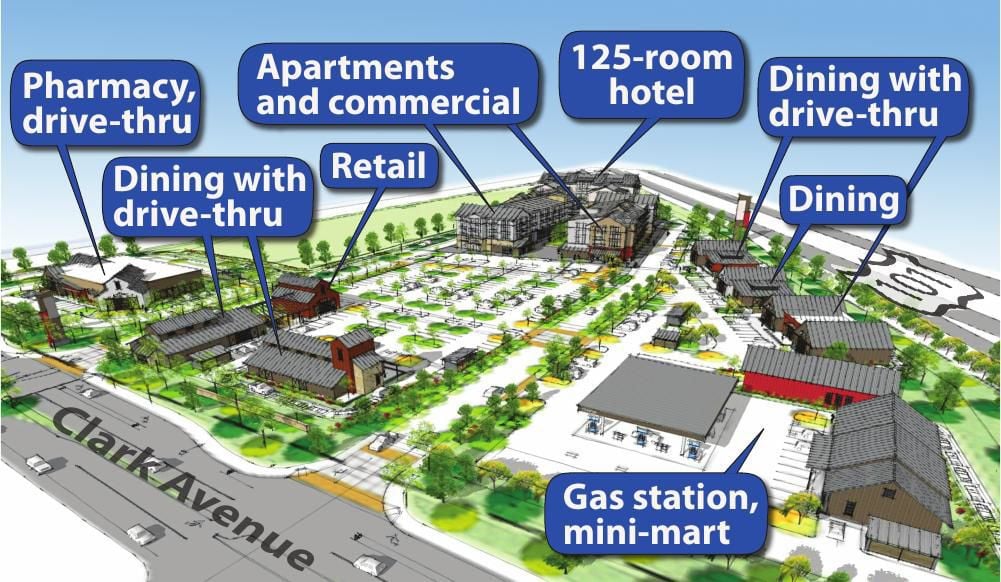 A roughly rectangular area that’s not part of the project is carved out in the center of the west side adjacent to the residences in Tiffany Park.

Three entrances would provide access to the center, with traffic signals at the central primary entrance.

The gas station, minimarket and car wash would be located at the southeast corner of the site, adjacent to Highway 101 and Clark Avenue, with three restaurant buildings — two with drive-throughs and one that could be split —along the east edge of the property.

Two more restaurant spaces would front Clark Avenue west of the gas station. The first, with the potential to be divided into three small restaurants, is designated to include a drive-through, and a small retail building is shown north of the second site to the west.

The Santa Barbara County Board of Supervisors will face a decision on solving budget deficits at three branch libraries, either by allocating …

Farther west on Clark would sit a pharmacy, also with a drive-through service window.

Outdoor amenities for the shopping center would include a turf area with seating, and a patio dining and seating area with the restaurants on the east side.

Additional undefined commercial space is shown at the front and along one side of the first floor of each four-story apartment building.

Outdoor amenities listed for the apartment dwellers include a swimming pool with spa, cabanas, a bocce court, a gravel lounge area, a video projection system, a fireplace, a fire table lounge, a gravel seating garden, a ping-pong table and a water feature as a focal element.

The brewery directly behind the two apartment buildings is envisioned as a kind of beer garden, with outdoor dining areas, horseshoe pits, a fireplace and a gravel seating garden.

A swimming pool and spa would also serve guests of the four-story, 125-room hotel immediately north of the brewery.

An 8-foot-wide paved Class 1 bikeway and multiple-use trail is proposed to run the full length of the property along the eastern side from the secondary entrance near the gas station.

Santa Barbara County offices at the Betteravia Road campus in Santa Maria will soon go solar for power and switch to LED and natural lighting in a major renewable energy project.

An artist's rendering shows how the entrance to the Orcutt Marketplace pharmacy might appear if the project is approved as planned. 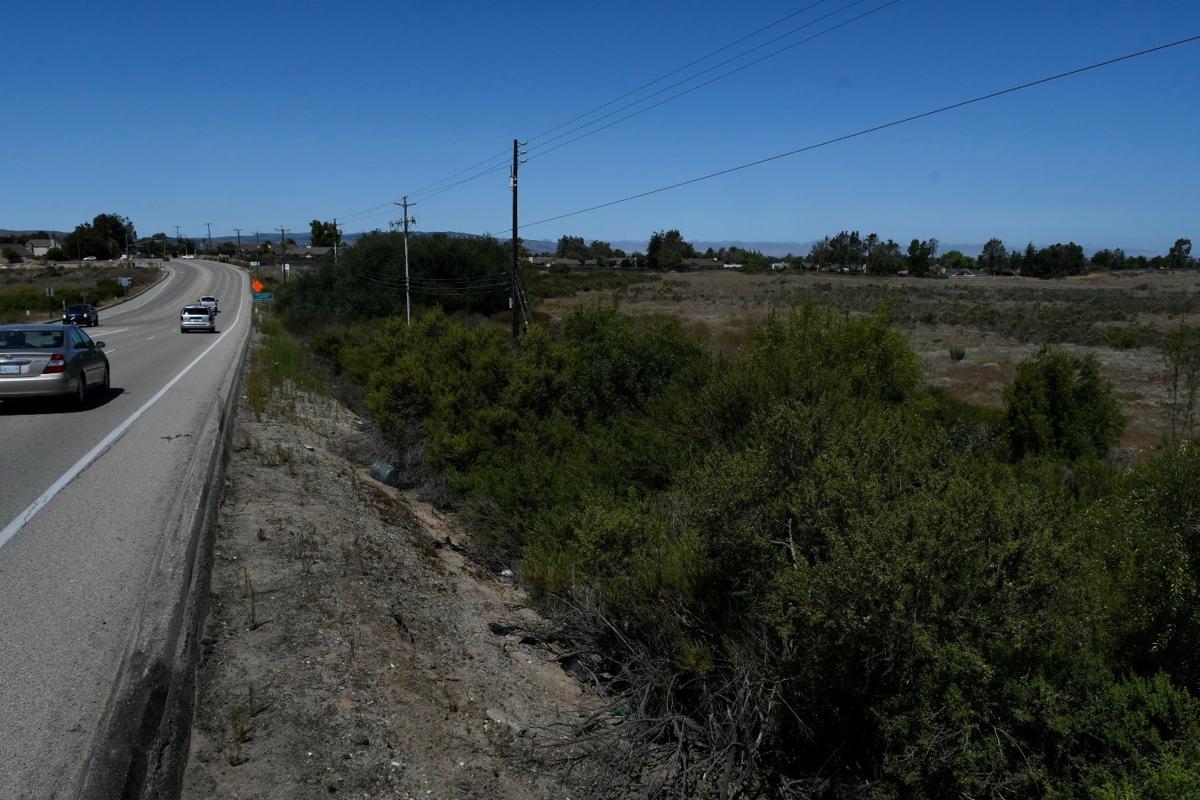 Traffic flows west along Clark Avenue from Highway 101 past the site of the proposed Orcutt Marketplace, a mixed-use gateway development that will require improvements to Clark and the freeway ramps.