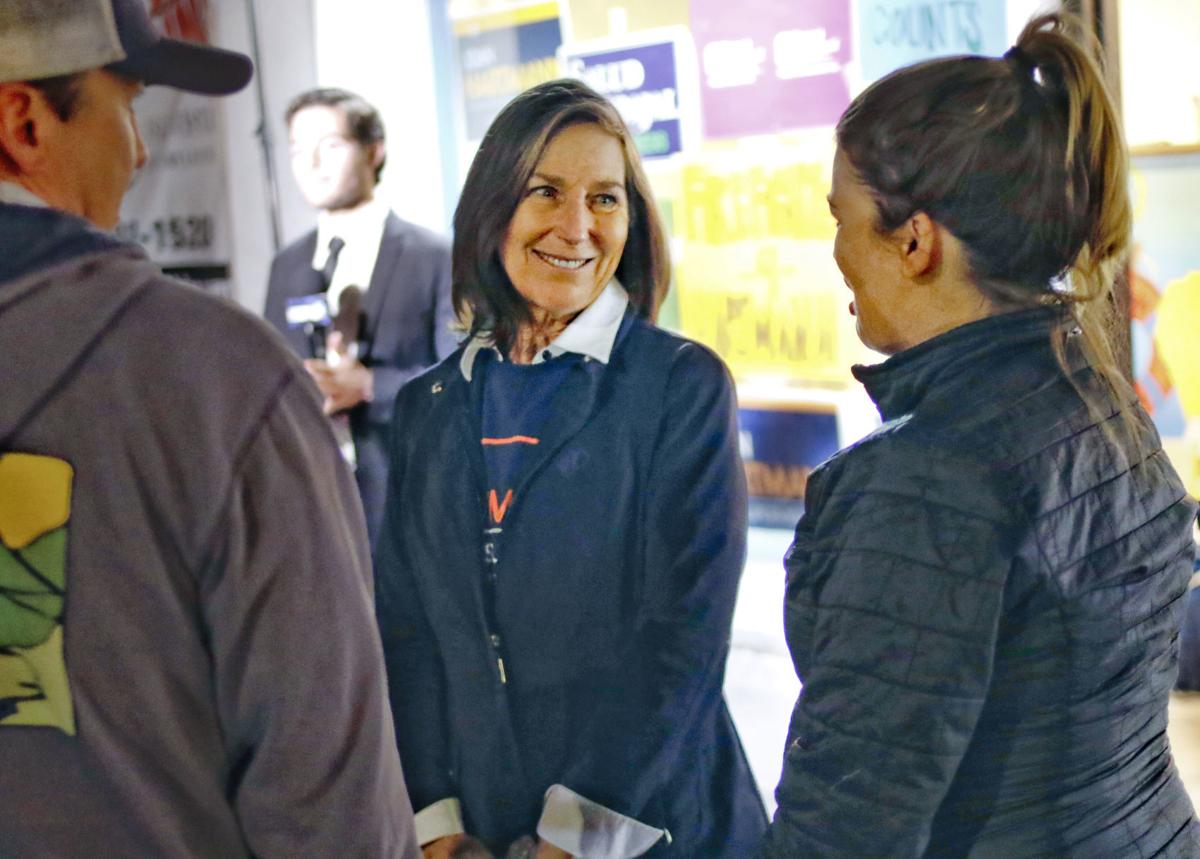 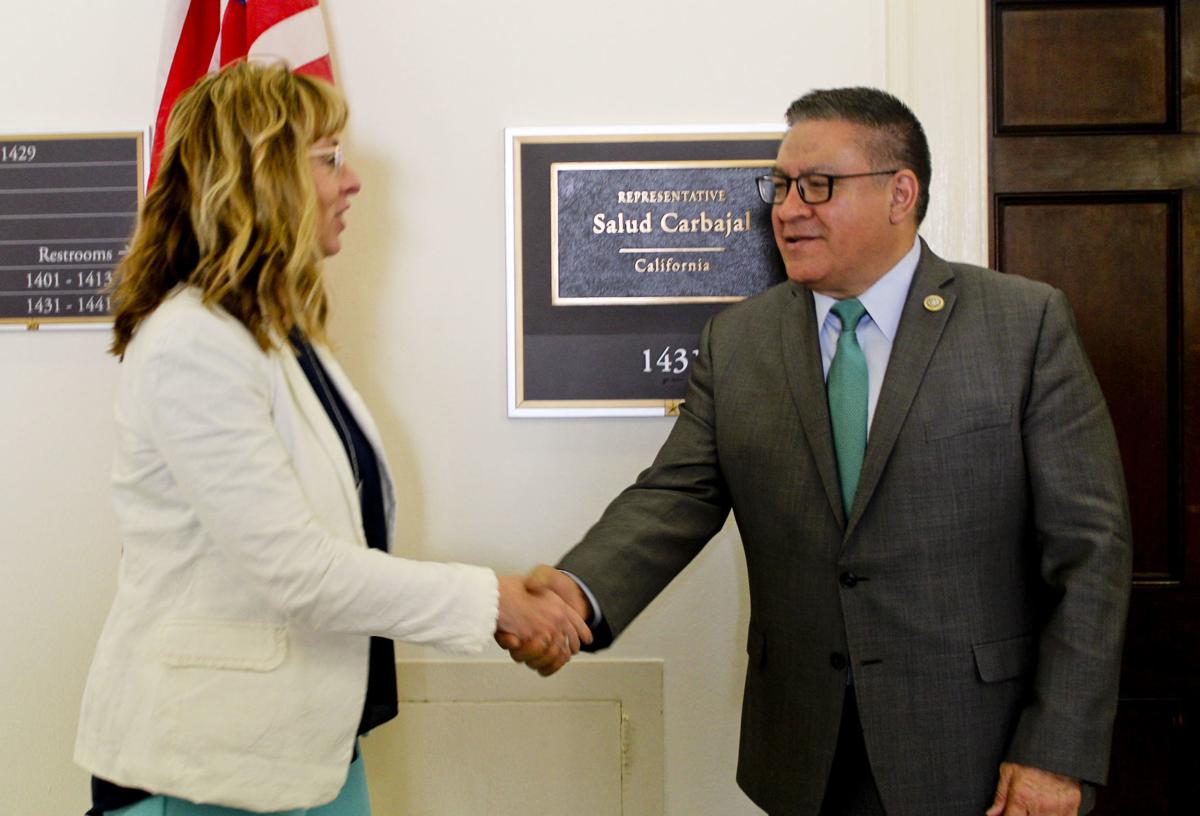 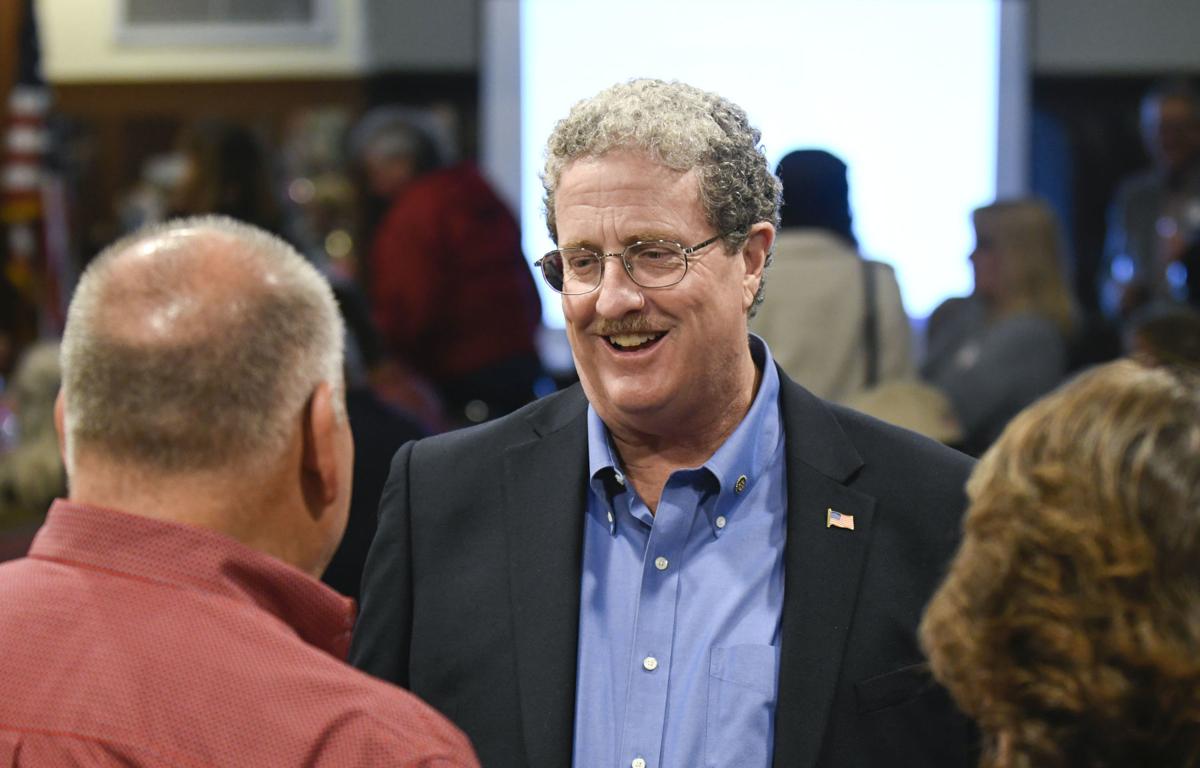 Republican Andy Caldwell, who is running for the 24th Congressional District seat against incumbent Democrat Salud Carbajal, speaks to supporters at the Historic Santa Maria Inn on Tuesday night as election returns come in.

Tuesday’s presidential primary election held few surprises, with candidates for Congress, state Assembly and Senate and supervisors headed for November runoffs, based on unofficial results released by the California Secretary of State’s Office and the Santa Barbara County Elections Office.

With county election officials still verifying provisional ballots, none of the results are set in stone, but most are unlikely to change.

The deadline for the county to certify the election and report the results to the Secretary of State’s Office is 5 p.m. Monday, March 9.

In one of the most closely watched races, 24th Congressional District Democratic incumbent Salud Carbajal, of Santa Barbara, overcame a brief early deficit to pick up 76,467 votes for 52.2% of the ballots cast.

Republican challenger Andy Caldwell, of Santa Maria, who briefly held the lead in early returns, garnered 64,661 votes for 44.1%, while independent Kenneth Young, also of Santa Barbara, pulled in 5,476 votes for 3.7%.

That sets up a runoff between Caldwell and Carbajal in the November general election.

Limón gave up her 37th Assembly District seat to run for the Senate seat being vacated by Hannah-Beth Jackson, who reached her term limits.

Limón will now face Michaels in a November runoff.

In the 35th Assembly District race, Republican incumbent Jordan Cunningham led the field with 16,833 votes, or 65.3%, over Democratic challenger Dawn Addis, who picked up 8,911 votes for 34.6%.

In the crowded 37th Assembly District race, the top two vote-getters headed for a November runoff are Republican Charles Cole with 13,863 votes, or 30.4%, and Democrat Cathy Murillo with 10,492 votes, or 23%.

In the Santa Barbara County Board of Supervisors races, incumbent Joann Hartmann, of Buellton, brought in 8,253 votes, or 52.3%, and will go to a runoff to retain her seat in the 3rd District against challenger Bruce Porter, who captured 5,640 votes, or 35.7%.

Karen Jones, also of Santa Ynez, pulled in 1,037 votes, or 6.6%. An initial candidate, Jessica Alvarez Parfrey dropped out of the race last month but still appeared on the ballot and picked up 793 votes, or 5%.

In the 4th District, Bob Nelson ran uncontested and is a shoo-in for the seat. But with his name still on the ballot, he received 10,984 votes for 96.4%, with the remaining ballots divided between two unqualified write-in candidates, one of which received 278 votes for 2.4% and the other 127 votes for 1.1%.

Measure I will add 1% to the sales tax on all retail transactions except food purchased as groceries and prescription medications, boosting it from 7.75% to 8.75% for the next 15 years.

City staff estimates the 1% increment will bring $4.8 million into the city’s general fund each year for use on anything the City Council chooses, although the primary use cited by staff is to help cover the approximately $90 million Lompoc owes CalPERS, the California Public Employee Retirement System, for employee retirement benefits.

Information disseminated by the city prior to the election said the increased revenue is needed to maintain existing services and avoid any further cutbacks in such areas as community and recreational services, park facility upkeep, street repairs and police and firefighter services.

Public interest has been relatively high over how the county voted on the presidential nominees.

As expected, President Donald Trump receive the overwhelming number of county votes for the Republican nomination, with 21,789 ballots, or 90.3%, cast supporting him compared to second-place candidate Joe Walsh with 678, or 2.8%.

The vote for a Democratic nominee among a crowded field of 20 candidates went to Bernie Sanders with 14,103 ballots, or 34.7%, in his favor compared to second-place finisher Joseph Biden with 9,187 votes, or 22.6%.

For the American Independent Party, the most votes — 124, or 11% — were cast for Phil Collins, while Green Party voters favored Howie Hawkins, who received 31 votes, or 21.4%.

Among Libertarian voters, most ballots were cast for Jacob Hornberger, who received 39 votes for 11.7%, while Peace and Freedom Party voters threw their support behind Gloria La Riva, who received 24 votes for 37.5%.

A street resurfacing project beginning Sept. 30 is expected to cause short traffic delays on several streets in Santa Maria through mid-October.

Republican Andy Caldwell, who is running for the 24th Congressional District seat against incumbent Democrat Salud Carbajal, speaks to supporters at the Historic Santa Maria Inn on Tuesday night as election returns come in.