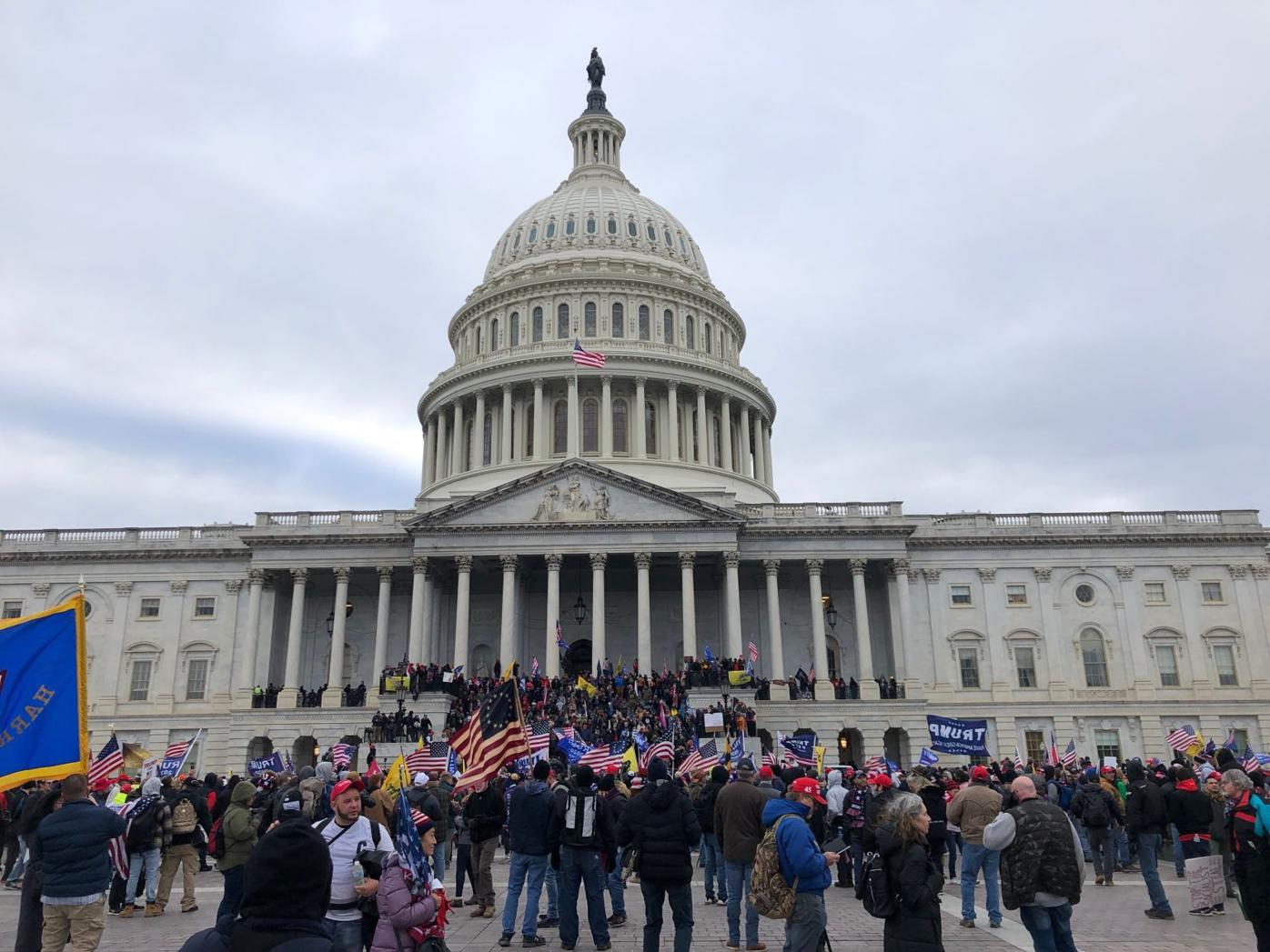 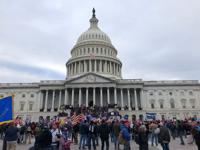 Thousands of attendees at a Donald Trump rally stormed the U.S. Capitol building Jan. 6, triggering a lockdown just as members of Congress were in the process of certifying Electoral College votes. 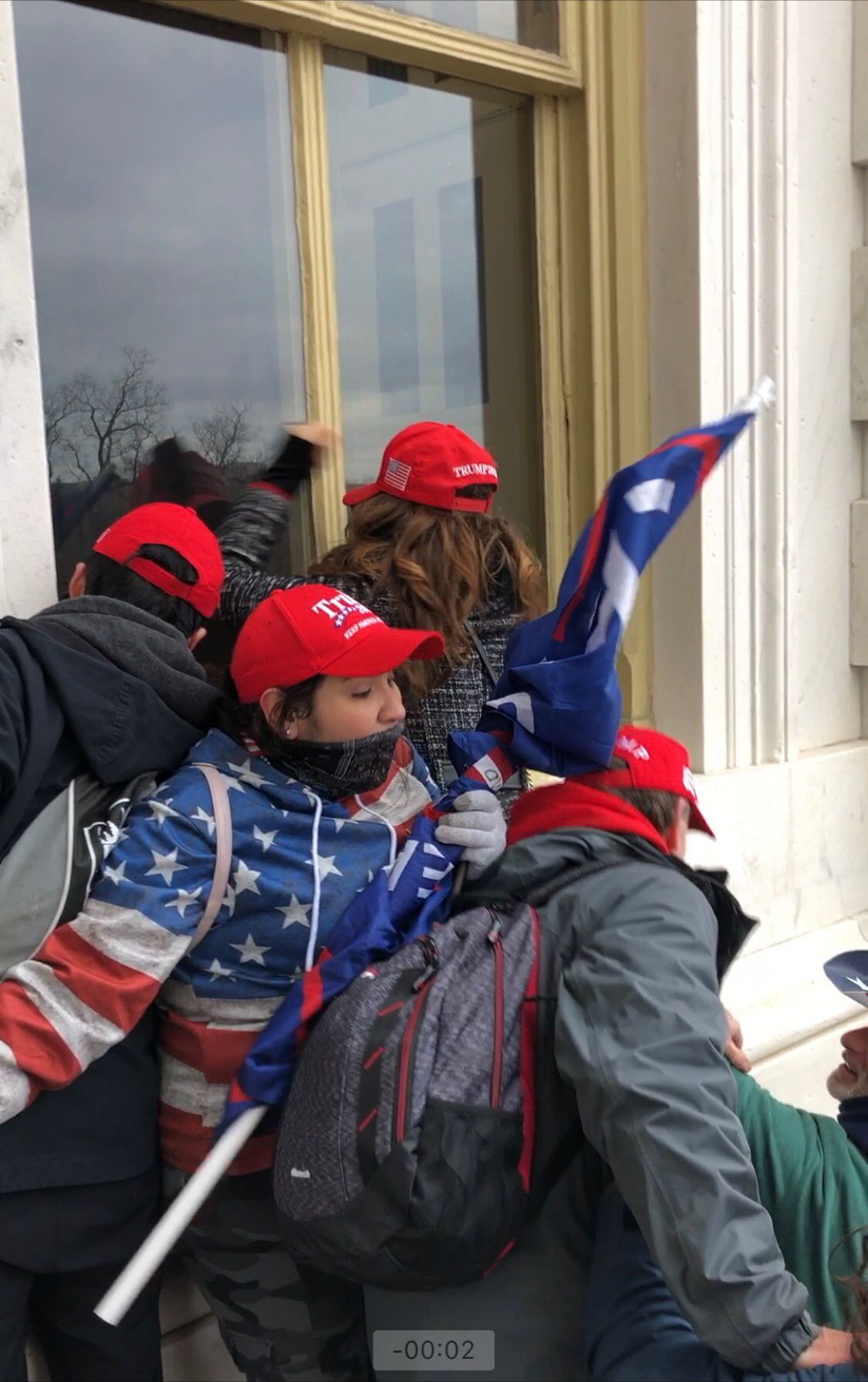 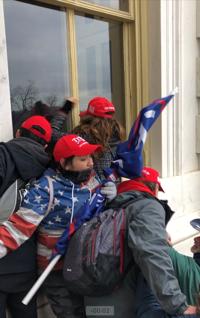 Orcutt resident and nonprofit CEO Doug Dougherty was in Washington D.C. Wednesday to witness Donald Trump supporters and others storm the U.S. Capitol, breaking down doors and clashing with police Jan. 6 following a nearby rally. 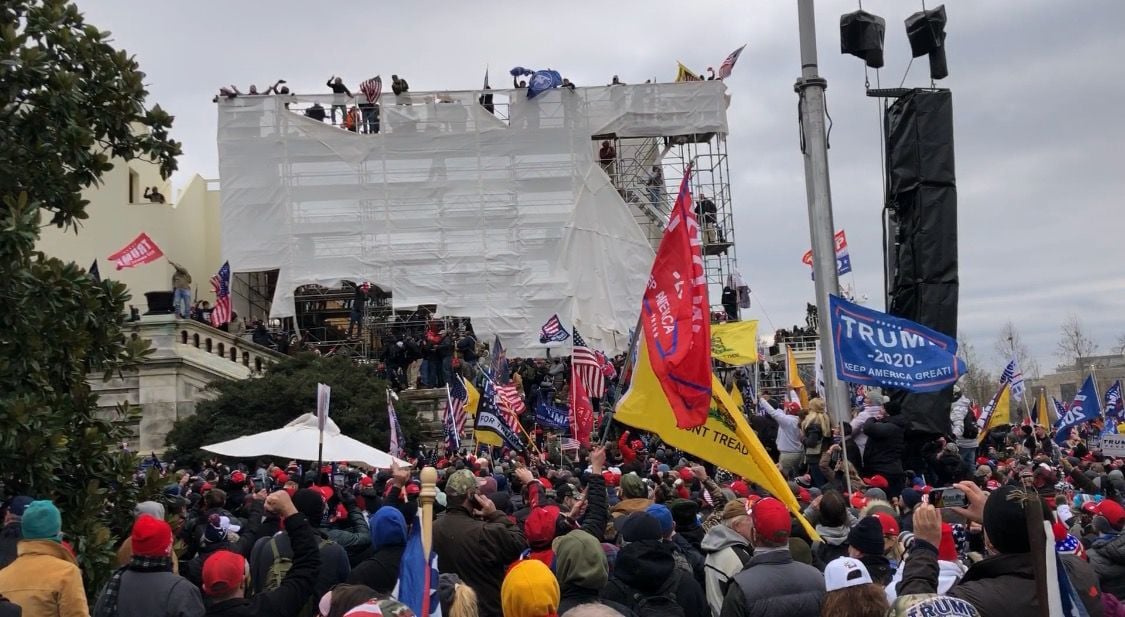 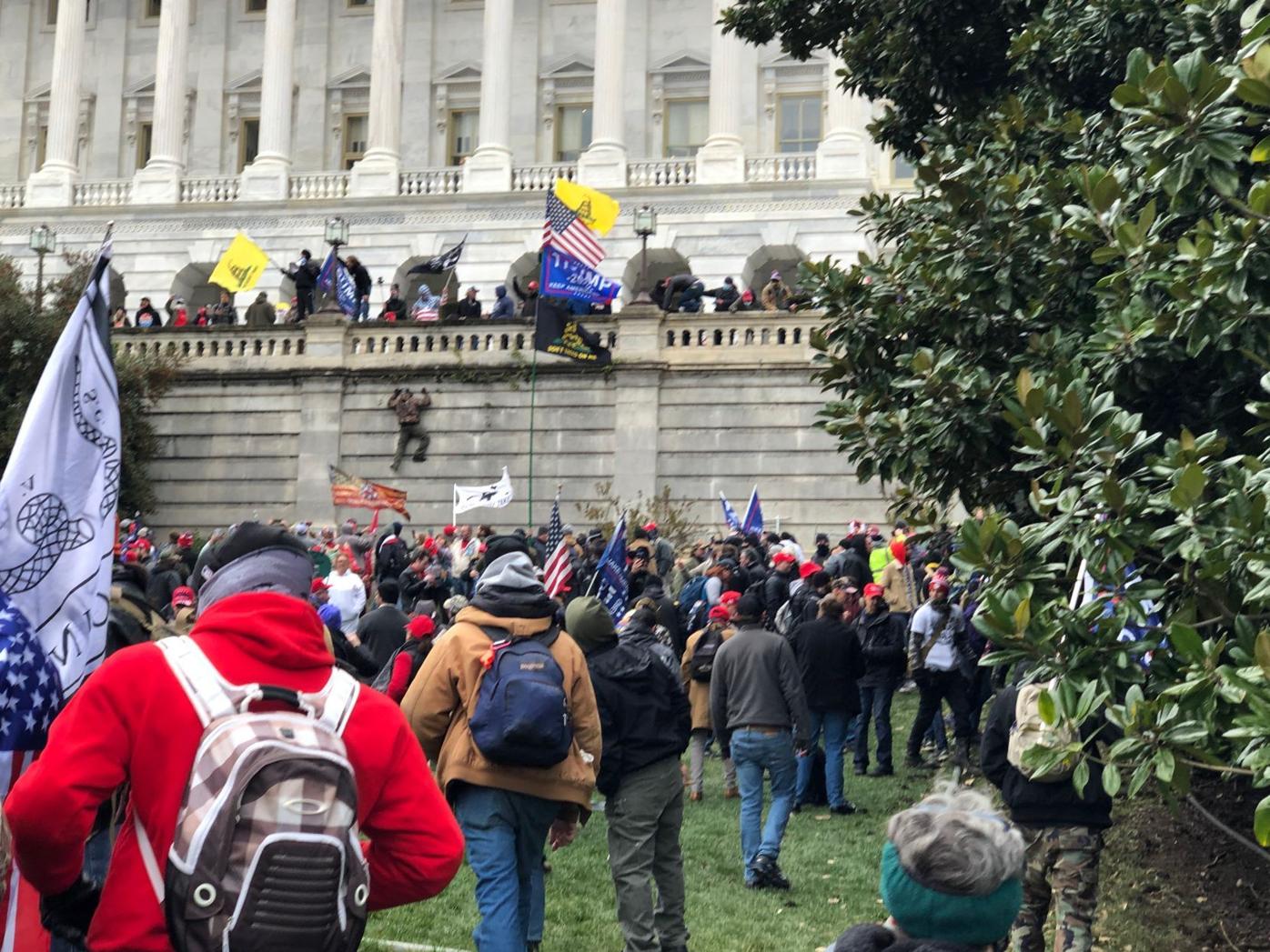 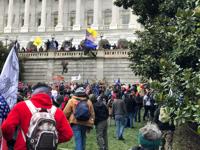 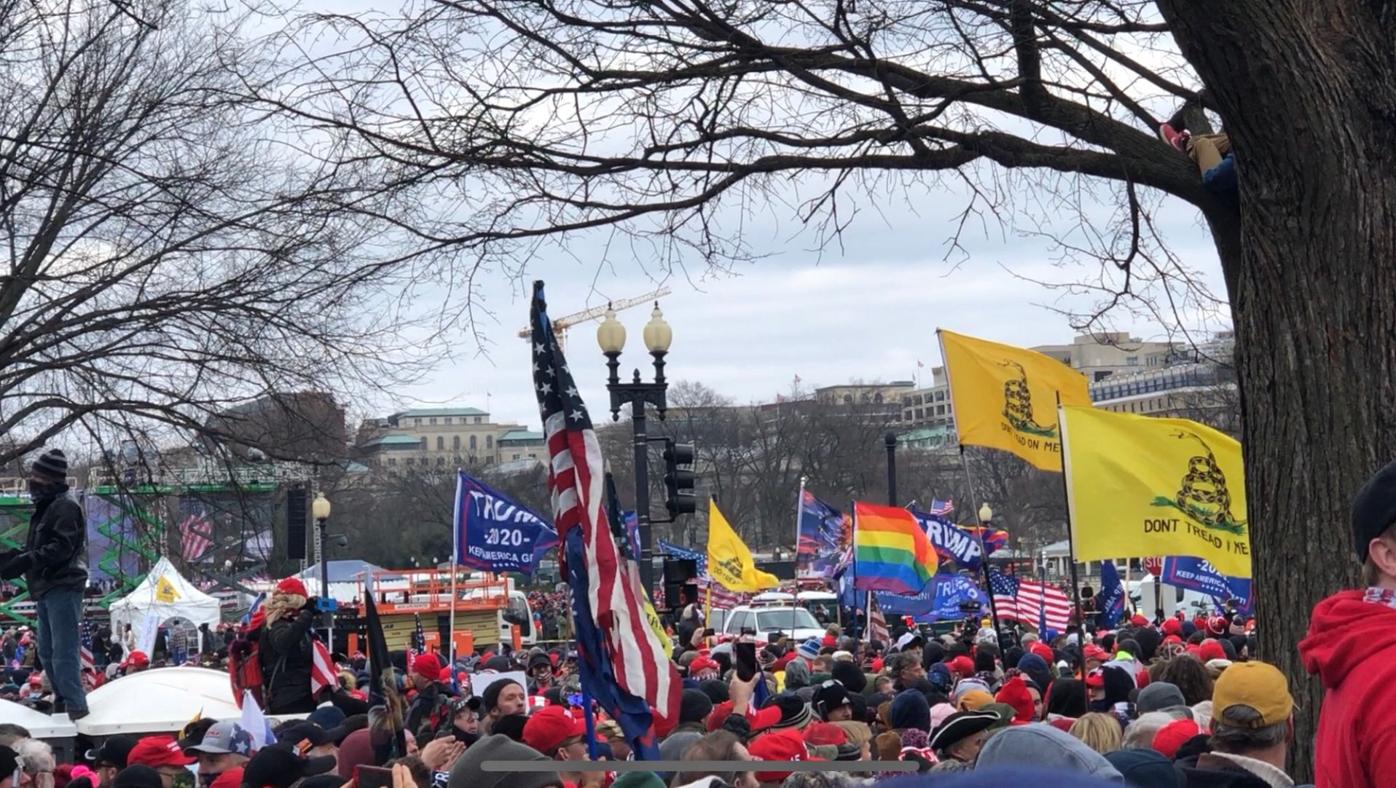 Orcutt resident Doug Dougherty was in Washington D.C. Wednesday for the "Save America Rally" organized by Women for America First.

Thousands of attendees at a Donald Trump rally stormed the U.S. Capitol building Jan. 6, triggering a lockdown just as members of Congress were in the process of certifying Electoral College votes.

Orcutt resident Doug Dougherty was in Washington D.C. Wednesday for the "Save America Rally" organized by Women for America First.

Tear gas, rubber bullets and stun grenades were not part of Doug Dougherty's plan when he traveled to Washington, D.C. to join a rally protesting alleged fraud in the Nov. 3 presidential election.

It was supposed to be peaceful, said the Orcutt resident and OASIS nonprofit CEO Thursday, speaking by phone from the Charlotte Douglas International Airport where he was boarding a plane to return home.

Dougherty, 41, instead found himself in the middle of rioting that breached the Capitol building Wednesday, saw 68 people arrested and left four people dead.

“I went there to pray for the Capitol and our elected officials,” he said. “We were just singing and praying, so we were like what’s going on?”

Describing his experience at the “Save America Rally,” an event organized by Alexandria, Virginia-based nonprofit Women For America First, Dougherty said the crowd began compacting itself and soon people were skirmishing with police, breaking down doors and storming the Capitol building.

The scene was “chaotic,” he said.

Dougherty made it out, he said, before he was seriously injured.

The Women for America First nonprofit denounced the violence.

“We unequivocally denounce violence of any type and under any circumstances,” said Chris Barron, the nonprofit’s spokesman. “We are saddened and disappointed at the violence that erupted on Capitol Hill, instigated by a handful of bad actors that transpired after the rally.”

Dougherty said the nonprofit was warned ahead of time that it could be infiltrated by instigators described as “antifa” posing as Trump supporters, information which was passed around in some internet forums and websites, although police haven’t confirmed the claims.

The crowd on Jan. 6 was at least 100,000, and included families with their children, according to Dougherty, who came to the rally with his brother and several others from the Santa Maria area.

Dougherty said he did not see anyone openly carrying firearms in the crowd, but said he witnessed objects such as thick, wooden axe handles disguised as poles attached to American flags.

The initial police presence was small, he said, with little more than a dozen personnel guarding the Capitol, although they were soon backed up with scores of law enforcement personnel in riot gear.

How the gathering got out of hand is not exactly clear to Dougherty, but he blamed the disorder on provocateurs, as well as some right-wing extremists who meant to take advantage of the situation.

“As we got there, people kept coming and compressing us closer and closer and I believe that was part of the panic that led to the police starting their thing, and made everybody go haywire,” Dougherty said.

“We tried to stop some of them as best we could,” Dougherty said.

“The next thing you’re smelling is this weird smell and your face is just burning,” Dougherty said. “We walked into the furnace.”

Dougherty escaped the scene shortly before 3 p.m. and noticed more police gearing up in nearby parking lots.

He decried the violence and the vandalism, but said he hopes the event will serve as a wake-up call to American citizens.

“The majority of us were horrified and sickened by everything and felt pretty helpless,” Dougherty said. “We didn’t want to be associated with anything like that.”