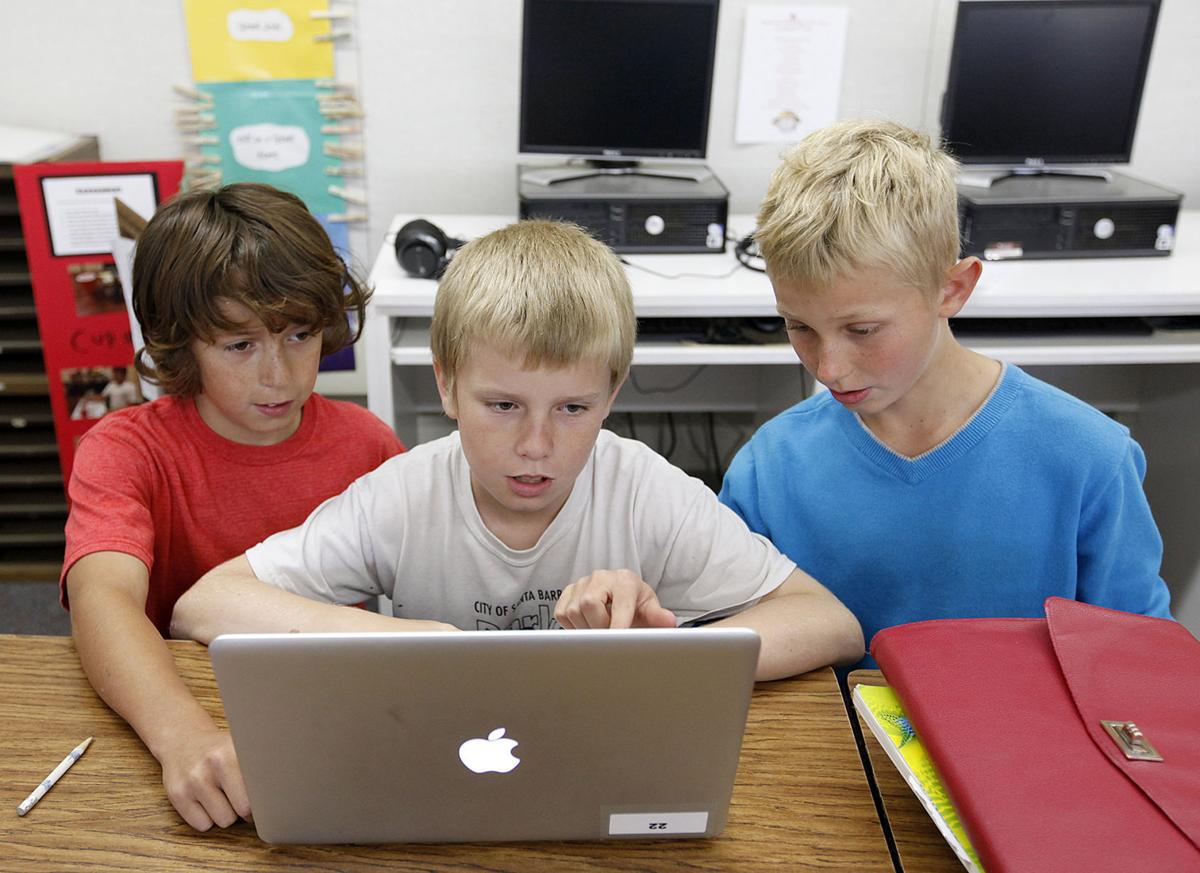 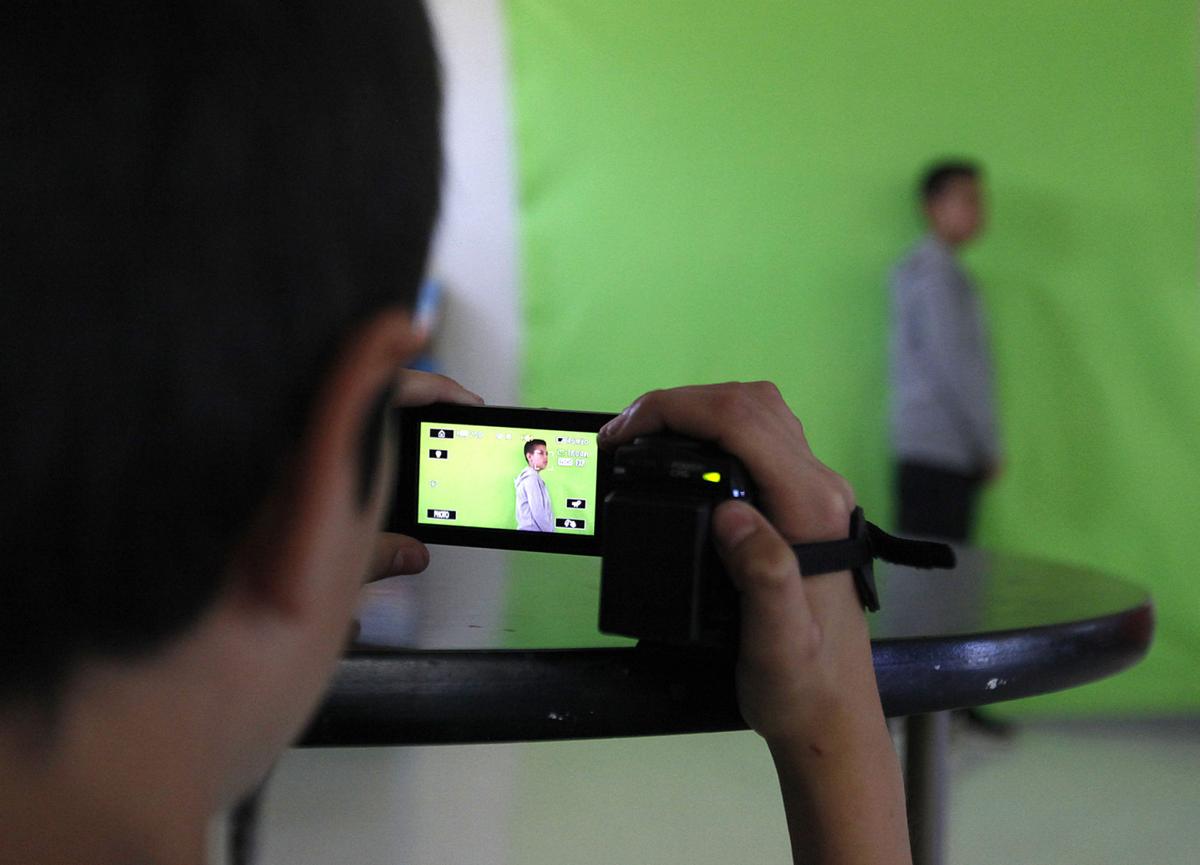 Dominic LaMaraca films Nick Winn in front of a green screen as they work on a short movie in their fifth-grade class for the Digital Media Academy.

California Mission projects have been standard fare for elementary schoolchildren about as long as public school has been around. But those times are changing in Orcutt schools thanks to the district's Digital Media Academy.

Instead of building replicas of the 21 Franciscan missions by hand, students in Tracee Sudyka's third- and fourth-grade class are discovering them through video and virtual tours. And they're transferring those lessons to video presentations of their own.

The Orcutt Union School District will display the work of the new Digital Media Academy and honor the winners of their first film festival Tuesday in the Educational Media Innovation (EMI) Awards, a red-carpet event for students, staff and guests at Pacific Christian Center. Hundreds of students are learning how to make short films in the academy and learning their lessons at the same time.

Superintendent Debbie Blow brought the concept for the academy with her when she took the job last year. She began a similar program when she was superintendent at Encinitas Union School District in northern San Diego County.

"The big idea was to do professional development differently," Blow said, explaining how she planned to teach teachers to use high-tech. "Rather than just giving people technology and not the training or giving them training and not the technology, we put them together. The first time I did it, we did not have the film festival as the culminating event."

Before the digital academy concept could be implemented in the Orcutt schools, the district needed to upgrade its technological capabilities.

With the support of the school board, Blow used $300,000 to purchase nine computer carts, each of which carries 32 MacBook Pro laptops. Each of the district's nine sites received a cart. Olga Reed and Orcutt Academy K-8 share both a site and a cart.

The district also assembled a tech staff. After more than 30 years with the district, Janet Bertoldi became the director of educational technology and Kirby Fell was hired as chief technology officer.

Cheri Craft, a fifth-grade teacher at Ralph Dunlap Elementary, was one of 30 teachers in the district who signed up to be part of the Digital Media Academy. That meant her students had to submit two videos to be judged for the EMIs.

"It was the most popular activity that I've done in many years," Craft said. "I think they're just more energized to do this -- more interested."

One of the videos Craft's class produced is "Untold Story Part 2," a lesson about early explorers Christopher Columbus, Vasco Núñez de Balboa and Henry Hudson. Craft said the students first researched the explorers and wrote reports and then used their newly developing skills -- keyboarding, coding, filming and editing -- to create the video.

"It's kind of fun to do. New technology and film is interesting. And learning what you can do with it,' said 10-year-old Daisy Poland, who played a news reporter interviewing Hudson in the video. "I'd rather tape a report than write a report because you can be more active with it, more creative."

Craft said she loves the program because it has gotten computers into her students hands. Both teachers and students responded enthusiastically to the program with 110 videos were submitted for the film festival.

"If you look at two things, Common Core State Standards and 21st century skills, we talk about creativity, collaboration, communication and critical thinking. This hits all of those," she said. "And project-based learning, all of the kids working together.

"If you think about the mission videos -- so many of us built little missions out of sugar cubes or lasagna noodles. The students are going to remember the videos far more because (the old) projects ended up being more about building the model than learning about the missions."

The Santa Barbara County Public Health Department on Saturday said it had confirmed 17 new cases of COVID-19, bringing the total to 64 — nearl…

Dominic LaMaraca films Nick Winn in front of a green screen as they work on a short movie in their fifth-grade class for the Digital Media Academy.