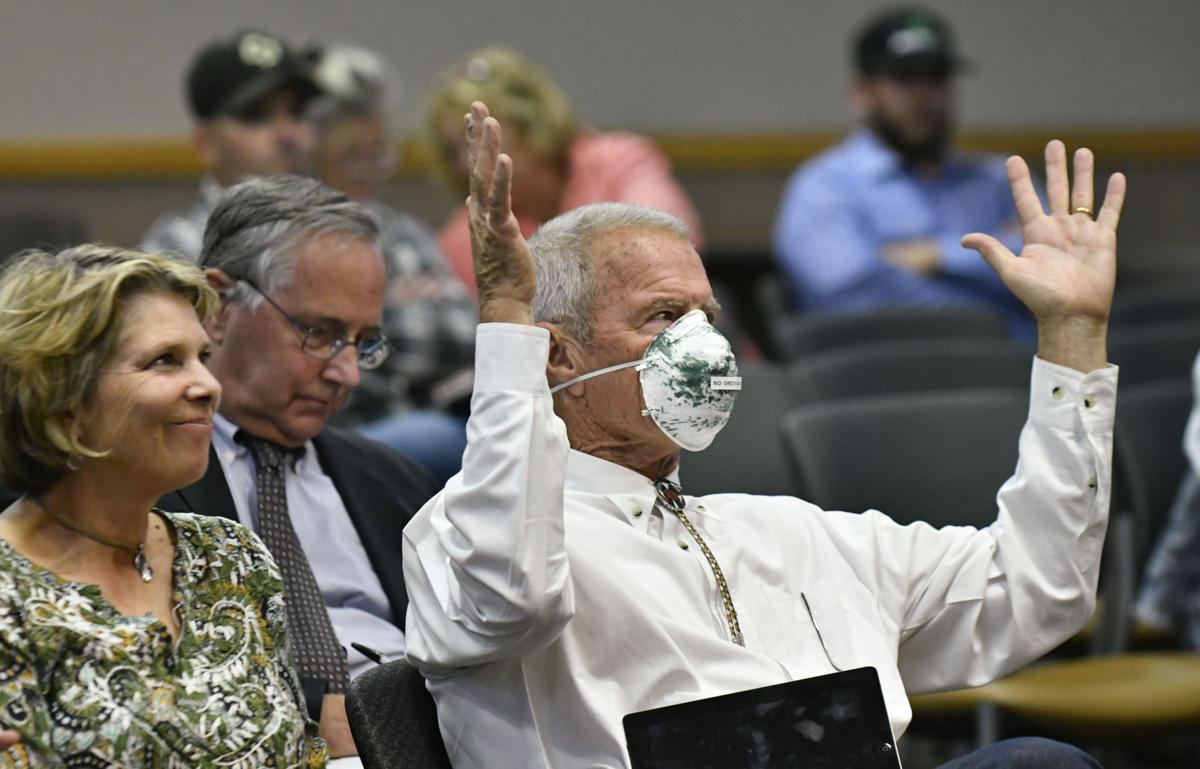 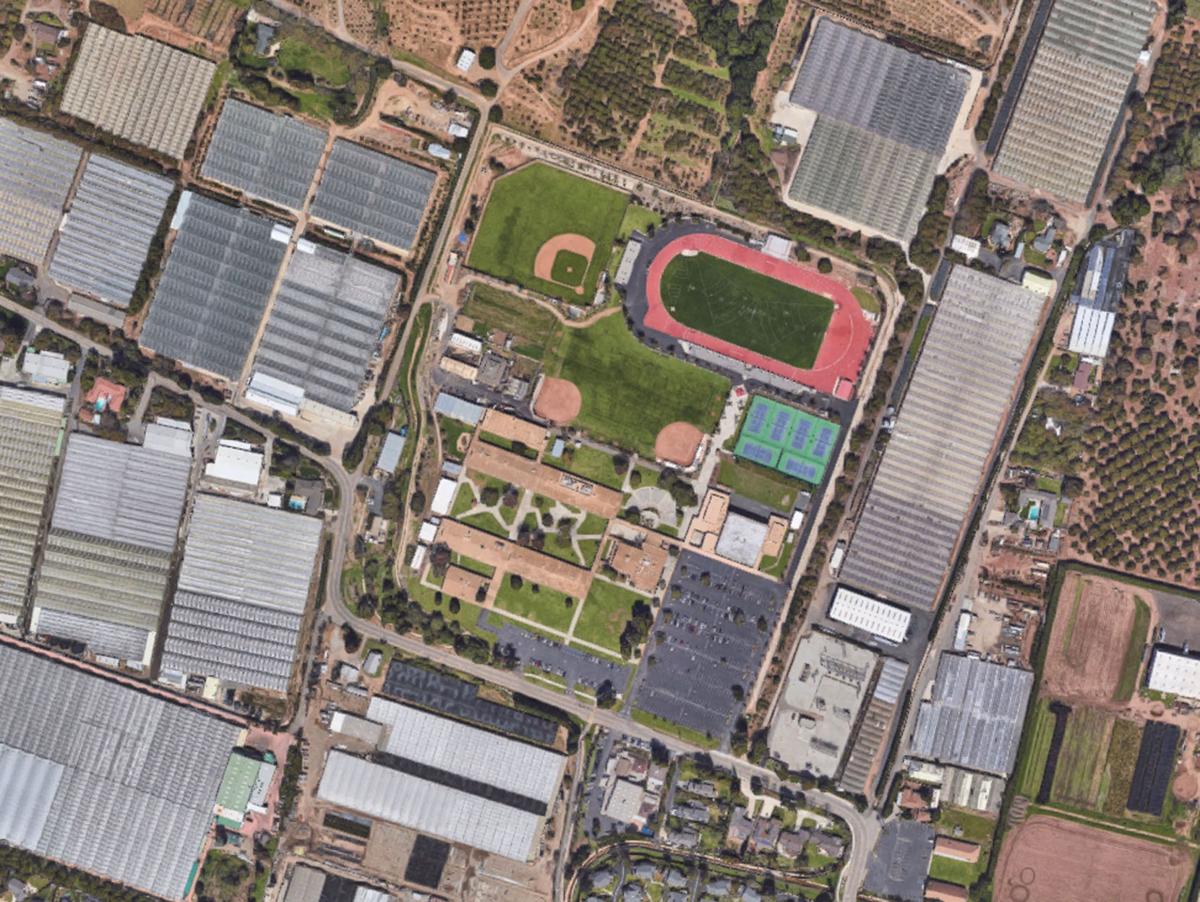 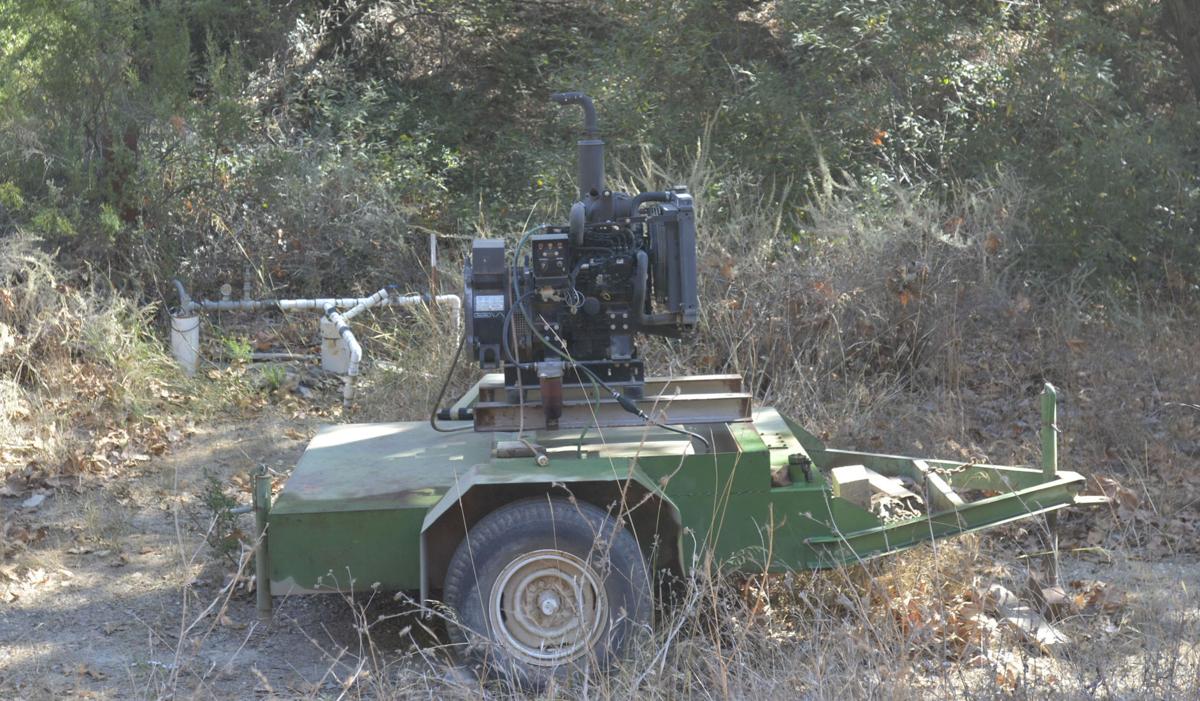 A cousin to roses, strawberries, hops and nettles, cannabis is an annual flowering plant with environmental impacts that are as contested as its benefits.

Some experts believe cannabis plants need a lot of water to grow, while others dispute those claims. Meanwhile, neighbors of cannabis operations contend the plant's biggest impact hits them square in the nose, while growers attempt to mitigate those odors.

As the cannabis industry develops in California, county and local governments are weighing its potential impacts on the environment as they work to regulate it.

Like many plants, cannabis needs water, light and mild temperatures to grow — conditions that can be found or created in Santa Barbara County — which is why growers have pinpointed the Central Coast as a potential hot spot.

Access to water may prove to be a roadblock for both county officials and growers in drought-stricken California, however, as both groups seek to preserve and protect their interests.

While cannabis needs a reliable source of water to grow, how much water remains an ongoing topic of debate.

One group of growers determined it takes one gallon of water per day to grow one pound of processed cannabis flowers, according to a 2015 study conducted by the Mendocino County Cannabis Policy Council, along with the Emerald Growers Association.

The California Department of Fish and Wildlife estimated that marijuana plants use six to eight gallons of water per plant per day, according to a study state officials released on the same region in 2015.

While the debate continues, state leaders have recognized water concerns in the drought-stricken state and are requiring cannabis cultivators to prove where they plan to get their water.

“Especially if they are relying on water diverted from a stream or creek or sinking a new well, the state is going to want to see that has been done in accordance to all the state water regulations,” said Dan Klemann, deputy director for the Santa Barbara County Planning and Development Department.

If the Board of Supervisors ultimately decides to allow the cannabis industry to do business in the unincorporated parts of the county, cultivators would have to prove their water needs won't impact local water resources.

“We have a local policy that says we cannot approve a permit unless you have a viable water source,” Klemann said.

For example, if a new cannabis cultivation operation is permitted to do business in the county and opted to drill a well for its water needs, county officials would verify where the well's water is coming from and whether there is enough to sustain the business through its projected goals. They would also determine if other users of the water source would be impacted.

Residents in Tepusquet Canyon, located southeast of Santa Maria, have publicly pleaded with Santa Barbara County supervisors to restrict cannabis activity in the Tepusquet Canyon area due to the scarcity of water.

Some residents have claimed the wells on their properties have gone dry during the region's recent water woes, prompting them to truck in water for their personal use.

“(Tepusquet) Canyon cannot support this industry," said Renee O'Neill, a 30-year resident of the canyon. "They are going to destroy our community by depleting our water source. At the rate they are going, the water will be gone in 10 years."

Klemann predicts that the county won’t see many permit requests for completely new cannabis operations but, rather from current agriculture operations that are either changing or diversifying their crops.

One area where growers are swapping out their regular crop for cannabis is in Carpinteria, where longtime flower-growing operations are moving to grow marijuana.

Those operations have a proven water source for their already established systems, and many growers recapture the water not used by their plants to further reduce impact on local water resources, Klemann said.

Though the process has not been set, Klemann said the county will consider water and its availability when considering any potential cannabis permits in the future.

As cannabis grows, it produces oils, which are an essential ingredient in its mind-altering abilities but also emit a powerful odor.

Many have compared the smell to what happens after a skunk sprays its scent gland, while others have described it as sweet and fruity. Most would agree the odor is strong.

Several communities want county leaders to make odor control a hefty part of any potential regulation or permitting process if officials ultimately decide to give the industry a green light.

“Please consider the effect of commercial marijuana production on our residential population. We are sick of smelling the terpenes emitted by illegal commercial operations in Cebada Canyon," Derek McLeish said during a county hearing on cannabis in October.

"We’ll become even sicker if full commercial agriculture and manufacturing are allowed,” he added.

To raise awareness about his concerns about cannabis on air quality near his home east of Lompoc, McLeish has addressed county leaders wearing a pollution mask splashed with green paint.

In the Carpinteria Valley, the smell surrounding the farming, storage and manufacturing of cannabis has been a key issue at public meetings.

Residents have claimed the smell of cannabis in the area has intensified in the past two years as greenhouses in the town that once used to grow cut flowers have been given a new lease on life as cannabis cultivation operations.

Area education leaders have even raised concerns with county leaders.

According to Rigby, the high school, located in the 4800 block of Foothill Road, is surrounded by cannabis growers and greenhouses.

“I strongly recommend that you investigate a more effective distance (such as the 1,000 feet proposed in SLO County) to ensure that the cannabis activities are not interfering with nor compromising the safety of our students and staff at Carpinteria High School,” Rigby said in her address to supervisors.

State law sets cannabis industry buffer zones around schools at 600 feet and no cannabis-related activity is permitted within the setback areas.

Though county leaders have not made any firm decisions about school setbacks in Santa Barbara County, the board only has the power to increase the setback areas, not decrease them.

Ways to kill the odor

The means to address odors associated with growing cannabis are as varied as the ways to grow the plant.

Greenhouses, or other indoor operations, can use carbon air scrubbers or other filtration systems. They could also seal their operations to prevent odors from escaping.

Odors from outdoor operations may prove more difficult to mitigate, but not impossible.

Nationwide, many landfill operations use an air freshener-like system that mists a chemical in the air, capturing and trapping odor-causing molecules.

Marc Byers, of Indiana-based Byers Scientific & Manufacturing, has been on the Central Coast recently selling another patent-pending odor mitigation system to Carpinteria-based growers.

Similar to the air-freshening systems, the Byers’ machines use a waterless, proprietary chemical to capture and reduce odors in the air.

During a recent Board of Supervisors meeting, he said he's sold about a dozen systems, which he said can be interpreted as an indication that growers are serious about dealing with odor concerns since his systems "are not cheap."

Government leaders also have options when it comes to odor.

County officials could make it illegal for indoor cultivators to release any untreated or unfiltered air from their grows.

They could also restrict where cannabis is grown and increase setback areas around cannabis operations in order to reduce the impact of odor on neighbors.

Discussions on environmental impacts will continue when the Santa Barbara County Planning Commission takes up the topic of a cannabis land-use ordinance during its Jan. 10 meeting. The county Board of Supervisors also has a cannabis update meeting slated for early February.