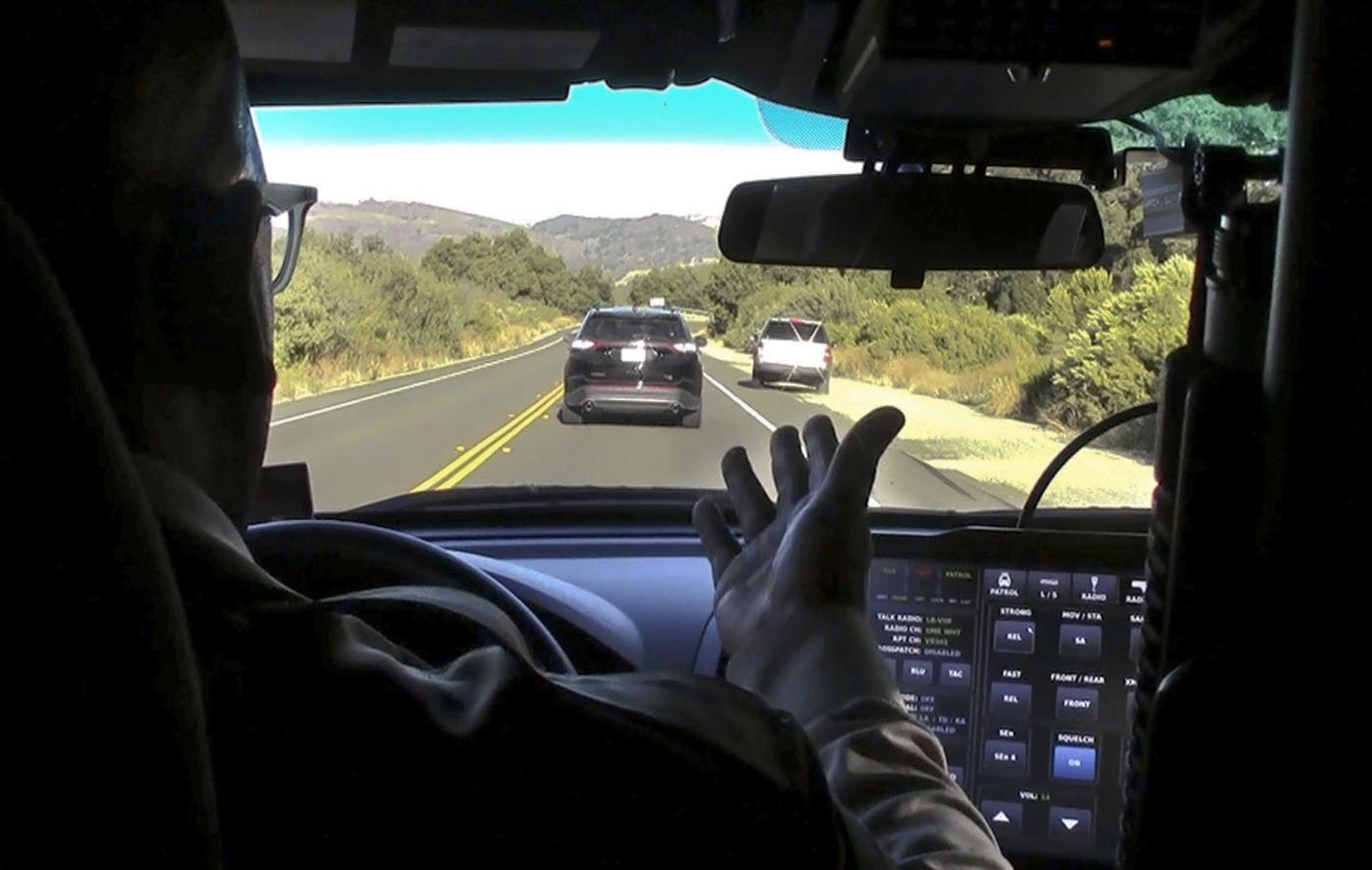 California Highway Patrol Officer Efrem Moore talks about traffic safety as he watches a driver pull off Highway 166 in October 2018. 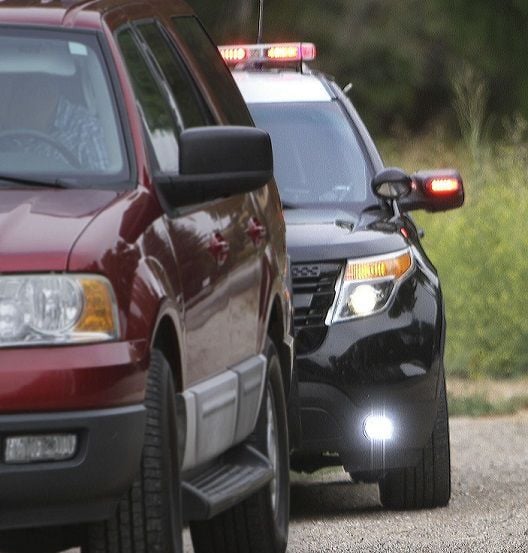 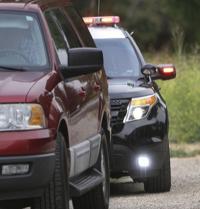 A California Highway Patrol officer stops a motorist during a maximum enforcement effort in 2017.

California Highway Patrol Officer Efrem Moore talks about traffic safety as he watches a driver pull off Highway 166 in October 2018.

A California Highway Patrol officer stops a motorist during a maximum enforcement effort in 2017.

California motorists will be required to follow several new traffic safety laws signed by Gov. Gavin Newson in 2021, and the California Highway Patrol is informing the public as several of them take effect in 2022.

The first law that took effect on Jan. 1 requires a person under the age of 18 to wear a properly fitted and fastened helmet when riding an equestrian animal on a paved road. Equestrian animals include horses, mules and donkeys.

AB 974 doesn’t apply to riders in a parade or festival, or when crossing a paved road from an unpaved one.

In addition, riders or their animals are required to wear reflective gear or a lamp when riding after sundown.

The new year also ushered in AB 798, which modifies the California Vehicle Code to include tribal emergency vehicles on the list of vehicles that drivers are required to pull over for on a roadway.

Violating the hands-free law for a second time within 36 months of a prior conviction for the same offense will result in one point added to a driver’s record.

Additionally, the law applies to talking or texting while driving violations and also to motorists who are under the age of 18.

A new law clamping down on sideshow performances is slated to take effect on July 1, 2025. AB 3 amends the California Vehicle Code to define a sideshow as an “event in which two or more persons block or impede traffic on a highway, for the purpose of performing motor vehicle stunts, motor vehicle speed contests, motor vehicle exhibitions of speed, or reckless driving, for spectators.”

After the law takes effect, penalties for a sideshow conviction could include a driver’s license suspension between 90 days and six months.

Courts will be required to consider a defendant’s medical, personal or family hardship that requires a person to have a driver’s license before determining whether it should be suspended.

The law was authored by Vince Fong, who represents Assembly District 34, as a response to the growing number of sideshows in California.

The illegal car demonstrations started in the 1980s and have gradually spread across California, with some attracting hundreds of people, and sometimes turning deadly for drivers and spectators, according to The Sacramento Bee.

On Jan. 1, 2027, motorists with a class C driver’s license will be allowed under SB 287 to operate a vehicle towing a trailer rated between 10,001 and 15,000 pounds or gross vehicle weight with a fifth-wheel and kingpin or bed-mounted gooseneck connection — provided that the trailer is used exclusively for recreational purposes, or the transportation of property or both.

Drivers with a class C license will be required to pass a specialized written examination demonstrating the knowledge of the California Vehicle Code and other safety skills related to towing recreational vehicles on the highway.