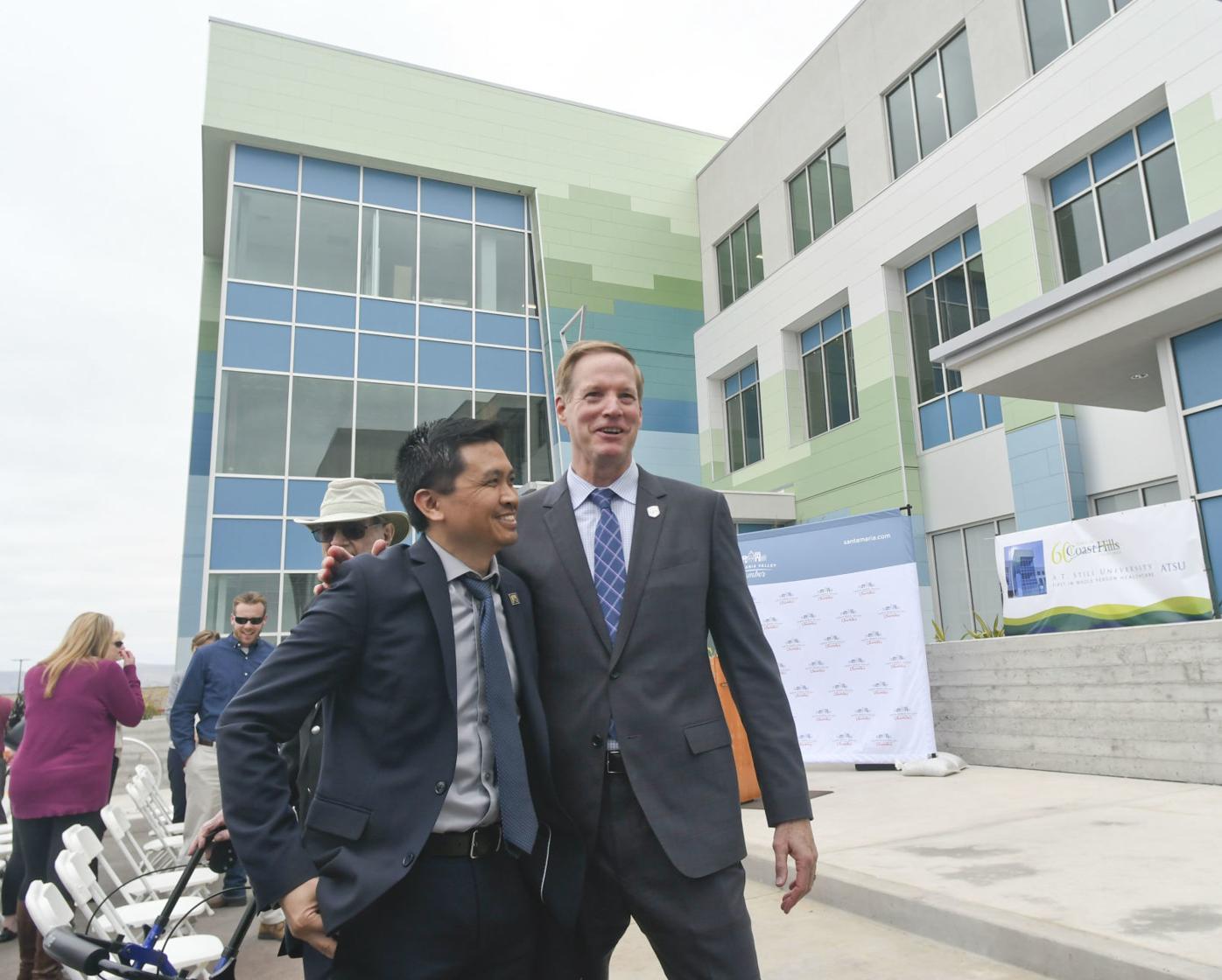 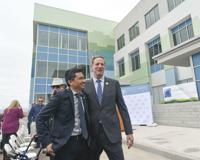 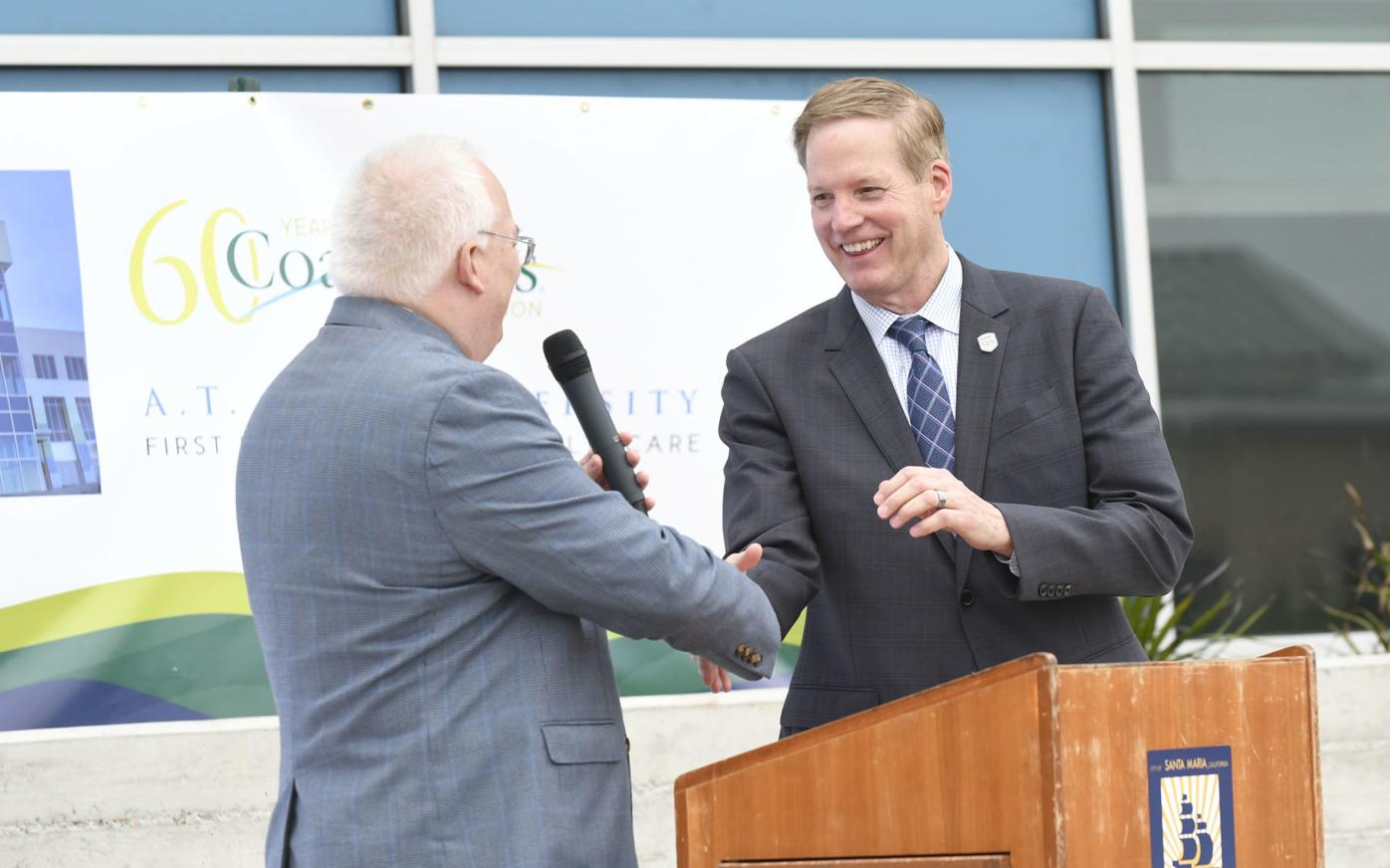 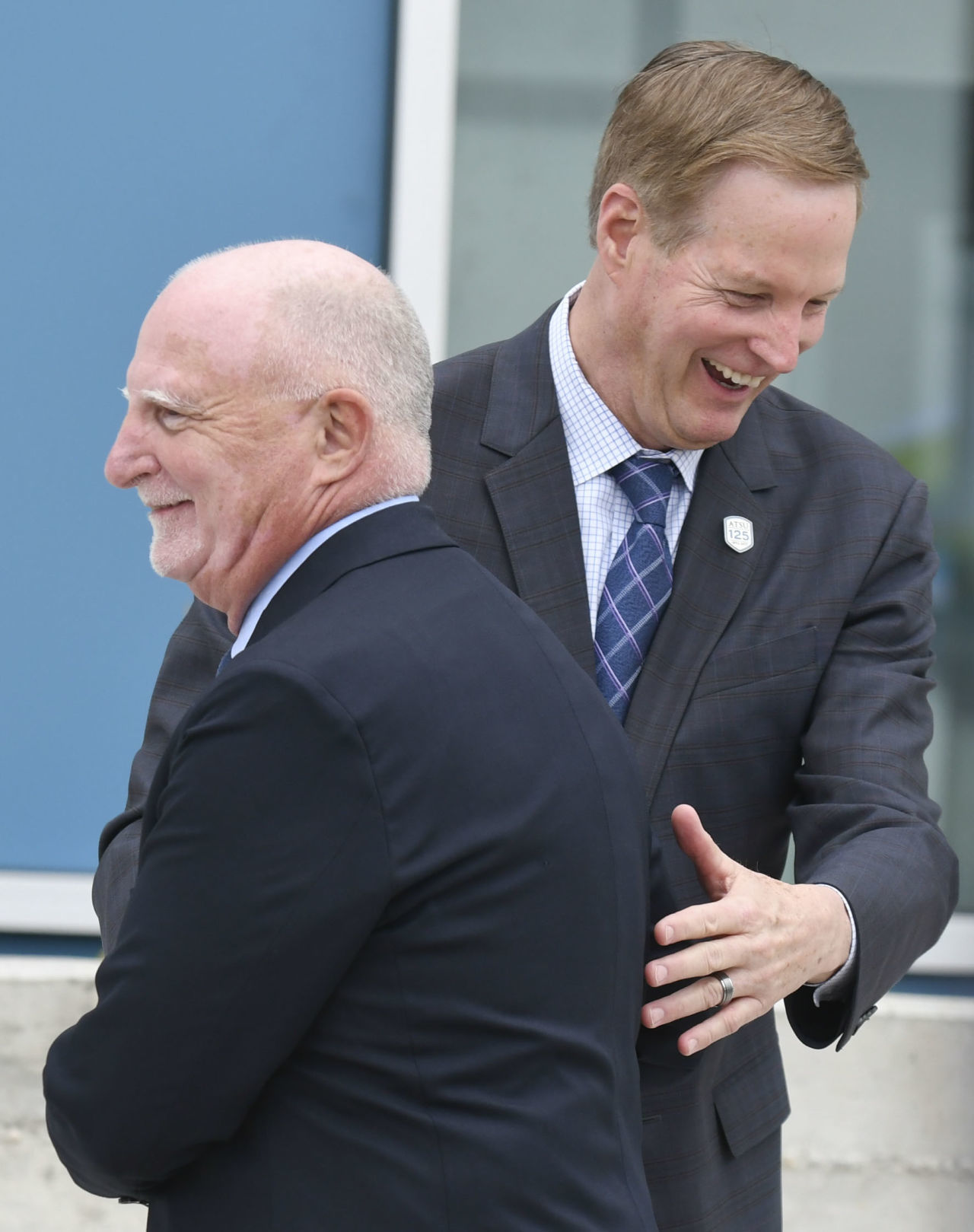 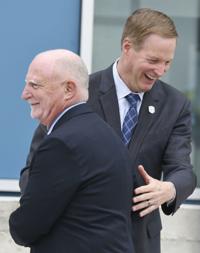 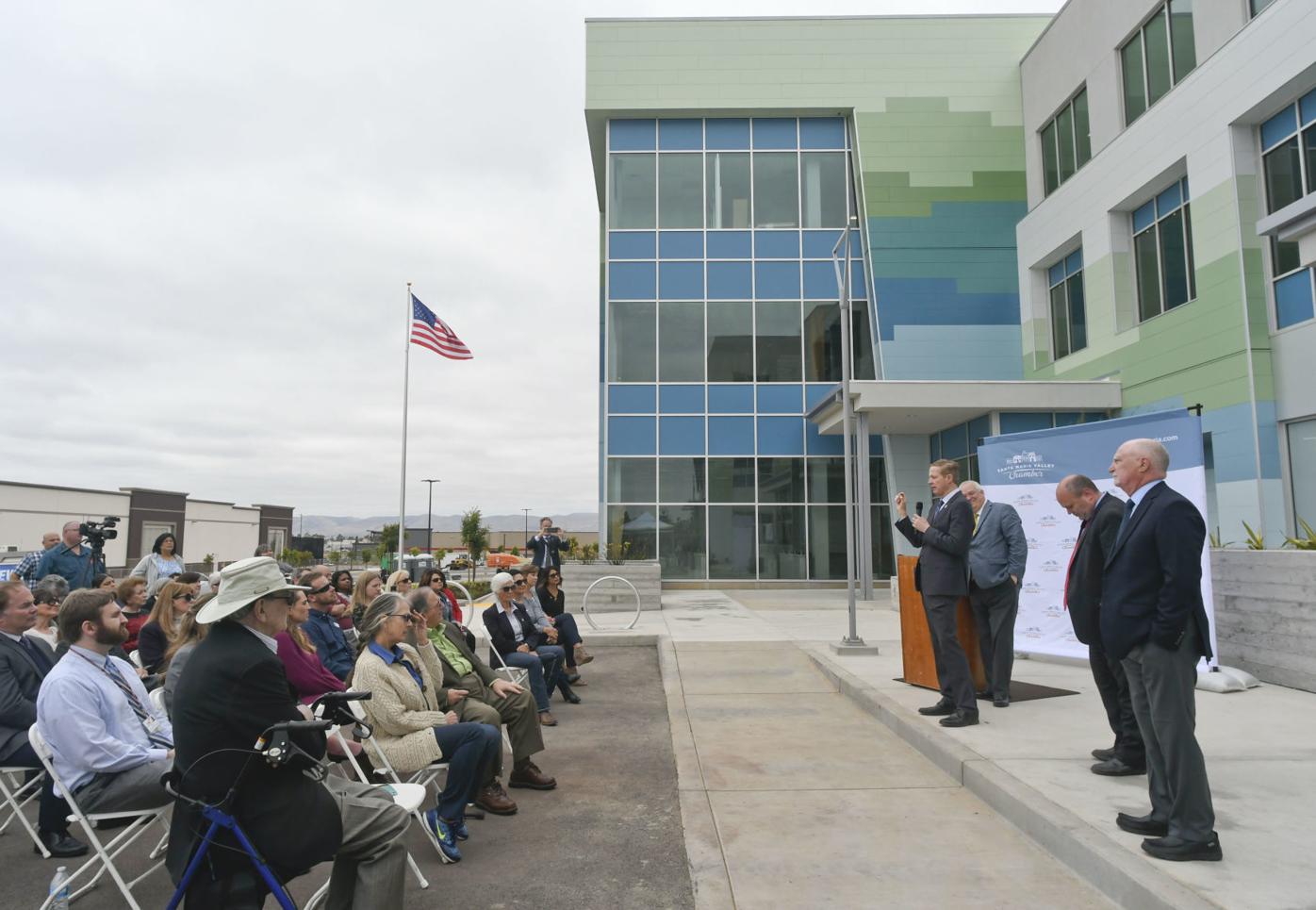 Dr. Craig Phelps, president of A.T. Still University, speaks in front of the new CoastHills Credit Union building on East Betteraria Road in Santa Maria, which is set to house a satellite campus of the Missouri-based health sciences university.

Dr. Craig Phelps, president of A.T. Still University, speaks in front of the new CoastHills Credit Union building on East Betteraria Road in Santa Maria, which is set to house a satellite campus of the Missouri-based health sciences university.

A.T. Still University, a Missouri-based health sciences university, is set to bring a satellite campus to Santa Maria and welcome the first cohort of students to its physician assistant program next summer.

The new campus, which will be located in the new CoastHills Credit Union corporate headquarters, was announced Wednesday at an event with representatives of A.T. Still University and the Santa Maria Valley Chamber of Commerce and city officials.

The university offers programs in osteopathic medicine and dentistry at its campuses in Arizona and Missouri.

Looking into opening a potential medical school campus in Santa Maria, representatives from a Missouri-based health sciences university will h…

The Santa Maria campus, the first in California, will be home to a physician assistant program initially, but university officials expressed hope that other programs would be added in the coming years.

The two-year-long physician assistant program will be a partnership with Community Health Centers of the Central Coast, where students will train during the second part of the program, Phelps said.

Dr. Ted Wendel, a senior vice president for strategic initiatives at A.T. Still University, said the initial site at the CoastHills building is “phase one” of the university’s Santa Maria project.

“We’ve got plans to add more programs,” he said. “Eventually, we’ll outgrow this facility and we’ll be sorry because it’ll be really cool. But we’re looking forward to phase two … this time when we’re able to merge Community Health Centers, maybe some other partners together with a university and find a physical facility that’ll be unique in this country.”

Wednesday's announcement follows meetings members of the Santa Maria Valley Chamber of Commerce and the City Council had with university officials about a possible location on the Central Coast last year.

Santa Maria Valley Chamber of Commerce CEO Glenn Morris said the new campus represented an expansion of educational opportunities in the region that would attract talented faculty, support staff and students to the region.

“We spend a lot of time talking to local employers and community leaders and there are themes that come up,” Morris said. “People are always concerned about talent. How do we recruit talent to our area? How do ensure we have enough talent being built within our community? How do we attract investment to our community?

“We’re always out here trying to move any of these needles,” Morris continued. “The really special days are the ones where we can move many of those needles all at one time, and I think today represents that.”

The Santa Maria City Council on Tuesday adopted an ordinance expanding the legal avenues city officials can take to curb the use of illegal fireworks — an issue that has resulted in a large number of complaints from residents in recent years.

“This is really a great opportunity for Santa Maria," she said. "We are so happy to see you here, Dr. Phelps. And you’re going to find that the people of Santa Maria are the greatest people in the world.