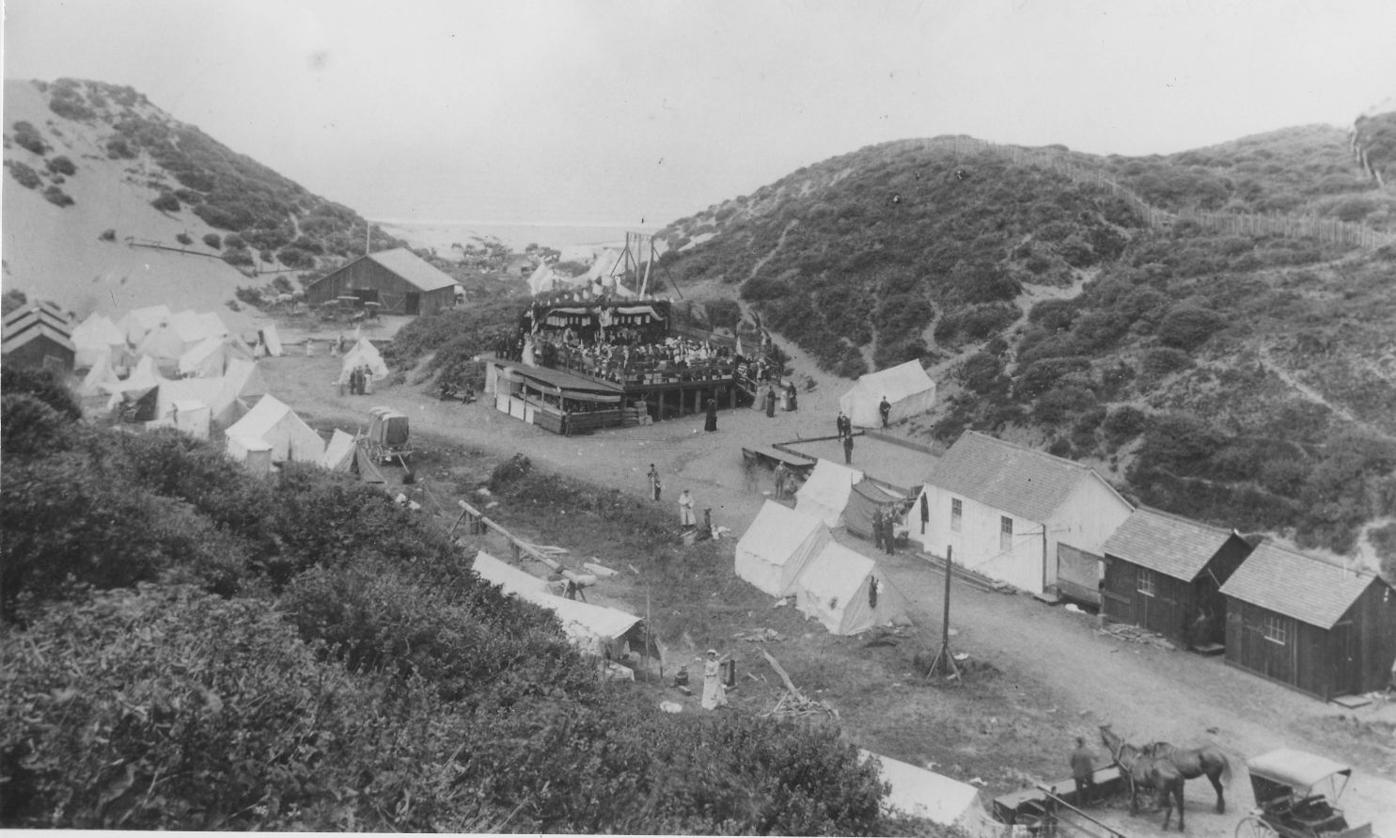 After too many sacks of grain were lost in the water at Chute Landing, a railroad track was put down from the warehouse to the Point Sal Wharf. 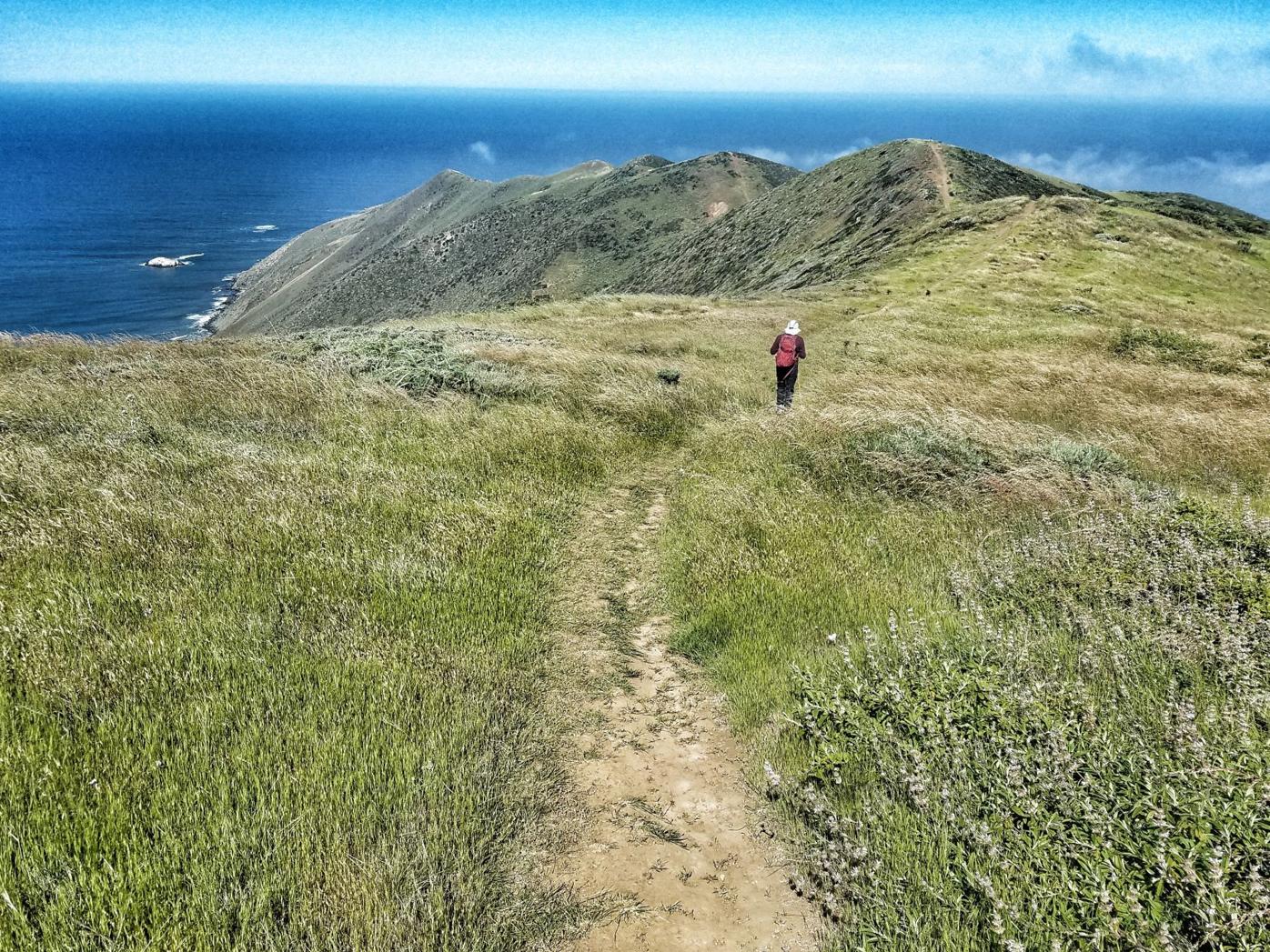 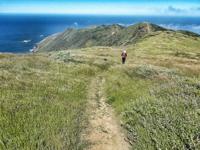 A trail traverses the ridgline out to the tip of Pt. Sal. 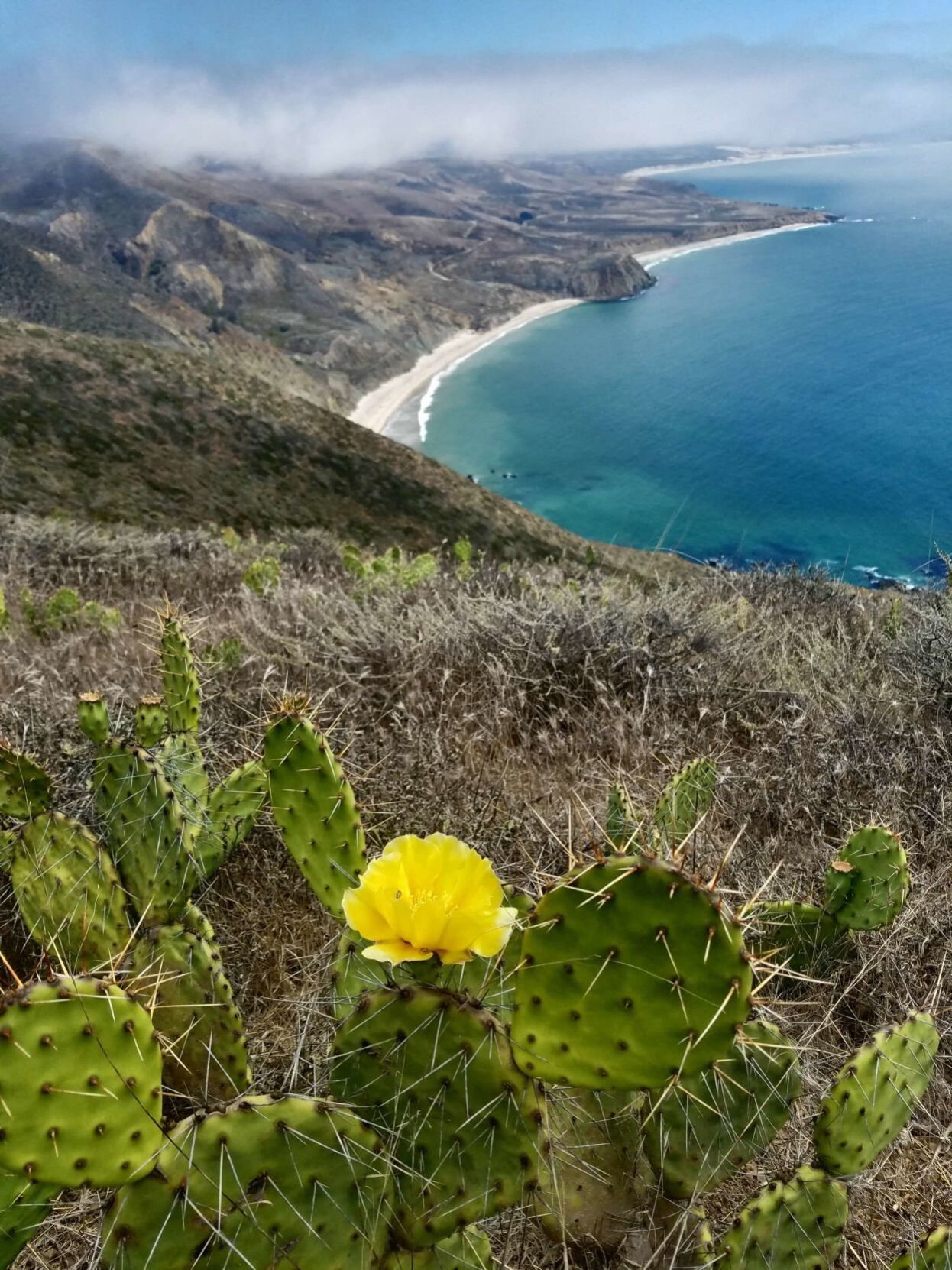 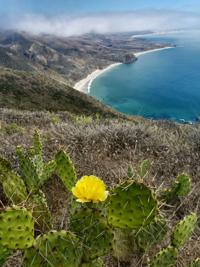 Looking south along the coastline from the Pt. Sal ridgeline. 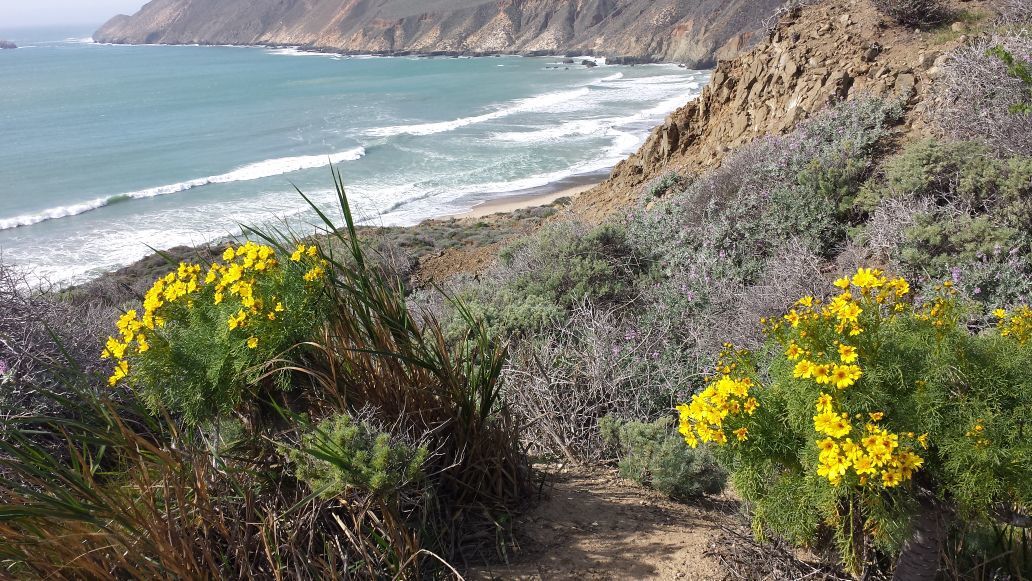 After too many sacks of grain were lost in the water at Chute Landing, a railroad track was put down from the warehouse to the Point Sal Wharf.

A trail traverses the ridgline out to the tip of Pt. Sal.

Looking south along the coastline from the Pt. Sal ridgeline.

Point Sal, a nub of land north of Vandenberg Air Force Base, and south of the Guadalupe Dunes was named Point Sal by explorer George Vancouver in 1792 for Hermenegildo Sal, who was at that time commandant of San Francisco. Although there are no facilities on the property, in the intriguing manner of history, there’s always a story behind the story.

This story goes back to Joel Clayton, who acquired the property after noting that the Guadalupe Rancho boundaries ended at the top of the mountain above the jutting finger of Point Sal. With the help of his congressman brother, he obtained title to about 1,000 acres of land.

When Clayton’s daughter, Eliza, married the young Vermonter Charles Haskell Clark in 1864, he presented the Point Sal land to them as a wedding present. The young couple, along with their two daughters, Anna and Minnie, came to the Valley in 1868 bent on developing Point Sal, but meanwhile, to be on the safe side, he took a job at the Todos Santos.

Eliza’s brother, B.F. Clayton, accompanied them. He and Clark at once began construction of a home at Point Sal. By the time the wharf was built on the property in 1871, another daughter, Florence Amelia, was born.

The development of the Point Sal wharf was the first step towards the progress and future prosperity of the Santa Maria Valley. From 1872 to 1883 it was reported to be the largest shipping point on the West Coast, south of San Francisco.

Before the development of the wharf at Point Sal, Port Harford had been the nearest shipping point, but was several days’ journey by horse and wagon from there.

Clark immediately saw the possibility of making a shipping center of Point Sal. Since he owned 2,000 acres of land there and was free to use the water-front any way that he saw fit, he induced the Pacific Coast Steamship Company to unload lumber at the old landing.

They surfed the lumber ashore, which is to say that they threw the lumber overboard and as it floated in, horses that were hitched to the large timbers, drew them up on the beach.

At first, warehouses were on the wharf, but it was such a pull for the oxen and horses that Clark built a warehouse on the hill above the grain, and wood went down a chute to the wharf. A small railroad, about three-fourths of a mile long, ran to another warehouse.

Point Sal soon became a beehive of activity. Homes were built and four and six-horse teams were everywhere, many drawing heavy loads.

When the steamship companies began charging so much for its cargo, farmers financed and built Chute Landing, located about three miles southeast from the Point Sal wharf.

Chute started mining gypsum about that time, keeping four and six big wagons and teams busy all the time. The floor of Chute Landing was 80 feet from the water.

The grain was placed in a square box holding 10 or 12 bags and let down to the boats by cables powered by a donkey engine.

The ship, Annie Lyle, on her maiden voyage, pulled into Point Sal during a storm but huge waves broke her up and piled her against the wharf. The many crewmen who were killed, were buried by Clark on a hill near his home.

Clark purchased the wreck of the Anna Lyle with his wife’s watch, valued at $125. From its timbers he built the school house, and the bell that hangs in the Santa Maria Methodist church also came from the wreck.

Mrs. Clark, whose children were being taught in her own home by Mary Olive Earl, a young girl who lived in the neighborhood, and who later married John Winters, was in hopes of one day building a schoolhouse. She was interested in the ship’s cabin that was almost intact. It became the Point Sal schoolhouse. Eleven girls and one boy attended the first term at the school, and Mr. Clark paid the first salary. To boost the census count, a dog, “Bob Stewart,” was duly recorded as a regular attendant in the school.

The Pacific Coast Steamship Company, after abandoning the wharf, built a narrow-gauge railroad from Port Harford to Los Olivos, through Santa Maria, causing Point Sal to be abandoned as a shipping center.

Point Sal is currently managed by the Bureau of Land Management as an Area of Critical Environmental Concern.

Some of the guidelines for visitors to the park include:

Maintain a distance of six feet or more. Gatherings, picnics and parties are not allowed. Visitors will be asked to leave if there are too many people at the park to allow for the required physical distance.

Stay covered. The state now requires you to wear a face covering in most indoor settings and public outdoor spaces when you cannot maintain physical distancing of six feet or more from people outside of your immediate household. In short, keep your face covering handy.

Trails and beach are open, but there are no facilities at this park.

Those who have never visited the place, but would like to check it out, are asked to observe the following rules and regulations:

• Trail use is from sunrise to sunset only. Please time your hike to be back at the starting point before sunset. No overnight camping.

• This trail is for PEDESTRIAN USE ONLY. No bicycles, horses or other mechanized vehicles are allowed.

• Stay on the designated trail. Public access to the beach follows the road and goes through private property and Vandenberg Air Force Base property. Do not trespass and obey posted signs.

• No firearms or hunting allowed.

• The trail may be temporarily closed from time to time due to military operations. Please observe closures and stay off the trail.

• Please park vehicles off the road and DO NOT BLOCK GATE. Do not trespass and obey posted signs.

• The Point Sal trail is located at the end of Brown Road which is located South of Guadalupe California on Highway 1. Turn west onto Brown Road and follow the road to the locked gate at the road's end. Note: since the gate is locked, you might want to check with BLM before starting out on this trip.

I doubt if I can meet you there as I’m steering clear of the place until I can be adequately convinced that the “huge rattlers” that Harrell Fletcher told me about have found new homes far away from the place.