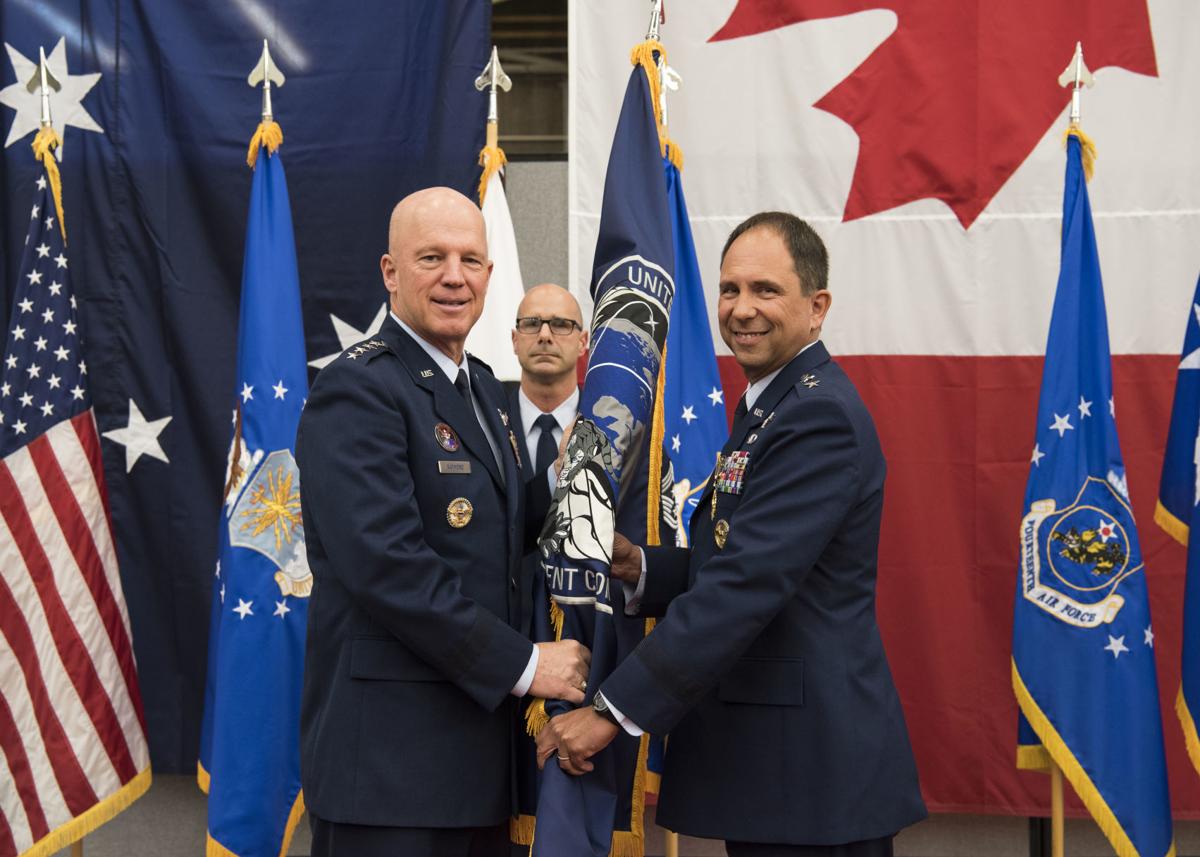 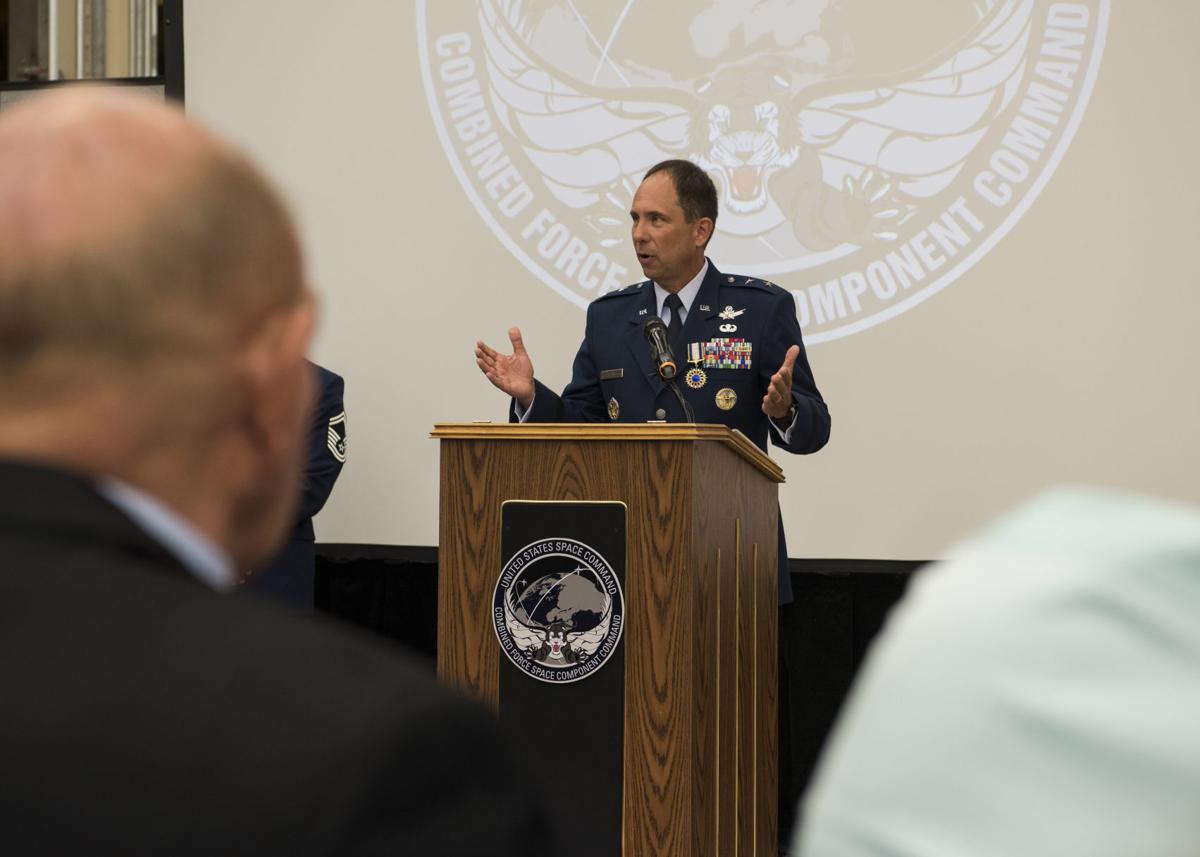 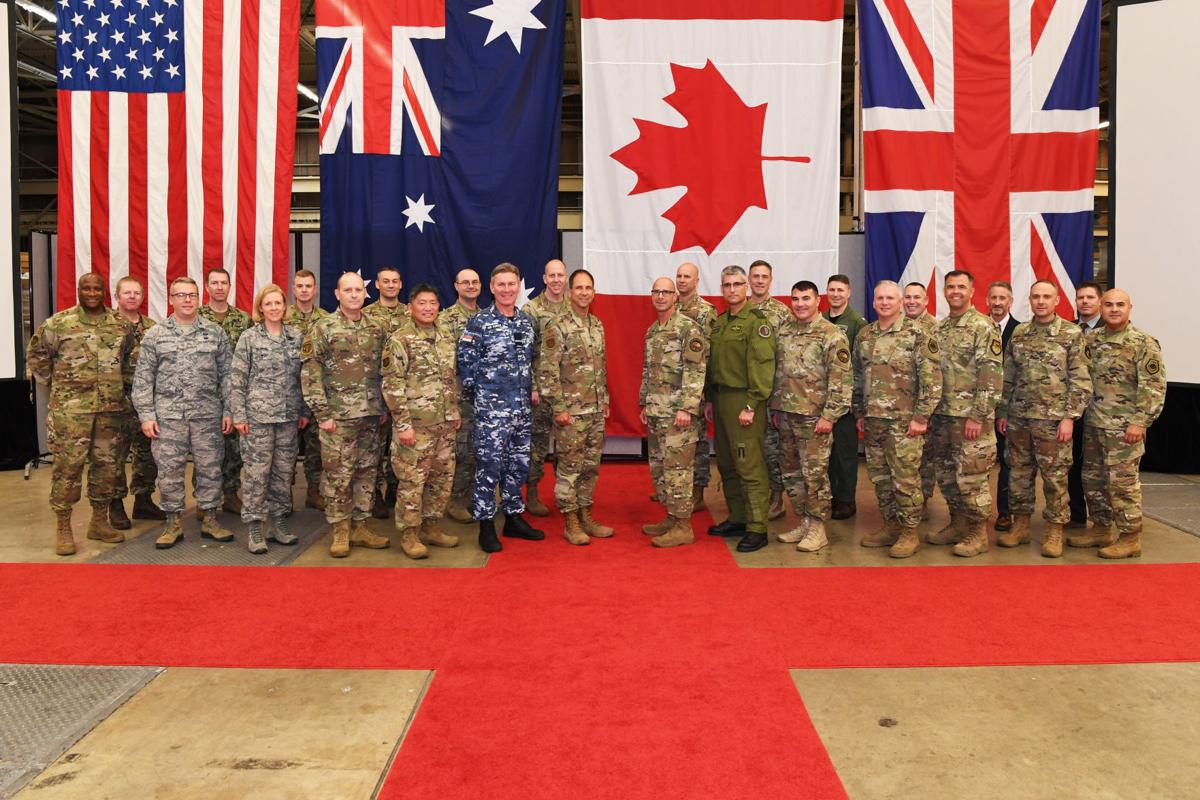 “Today we mark the change of command for two very important commands; and we celebrate two exceptional officers, and space giants if you will in our Air Force – Maj. Gen. Stephen Whiting and Maj. Gen. John Shaw,” said Raymond. “In this trading places scenario Air Force Space Command and U.S. Space Command win big at both ends of the trade.”

Prior to the change, Shaw served as the Deputy Commander for AFSPC; assisting the AFSPC Commander in organizing, training, equipping, and maintaining mission-ready space forces and providing missile warning, positioning, navigation and timing, and communications capabilities for U.S. Space Command and other combatant commands.

During the ceremony Shaw highlighted the history of 14th Air Force leading coalition forces against adversaries under the command of Maj. Gen. Claire Chennault; and the importance of continuing to work with allies and partners to overcome future national defense challenges.

“This is a particularly special command to take. It is one that is combined, because it is about partners and teamwork. We are indeed stronger together; we can go faster together; and we can go higher together; and I’m grateful to be part of that team,” said Shaw.

As Commander, Shaw is responsible for the CFSCC mission to plan, integrate, conduct, and assess global space operations in order to deliver combat relevant space capabilities to Combatant Commanders, Coalition partners, the Joint Force, and the Nation.

Additionally, Shaw is responsible for the 14th Air Force mission to produce Combat-Ready Airmen gaining and maintaining space superiority for our Nation, the Joint Force and Allies.

“The Combined Force Space Component Command and 14th Air Force are at the nexus of a lot of the change you are going to witness in the next few years,” said Shaw. “I’m excited to be here; I’m proud to be on the team with you; and I can’t wait to get started!”

Shaw entered the Air Force in 1990 as a distinguished graduate of the U.S. Air Force Academy with a degree in astronautical engineering and a minor in Russian language. His operational commands have included the 4th Space Operations Squadron, the 50th Operations Group and the 21st Space Wing.

Vandenberg Air Force Base under consideration for military drone wing

The Air Force has announced its intent to prepare environmental documents related to the establishment of an MQ-9 Remotely Piloted Aircraft Operational Wing at either Vandenberg Air Force Base or Tyndall Air Force Base in Florida. The MQ-9 Remotely Piloted Aircraft is more commonly known as the Reaper and is billed as the first hunter-killer unmanned aerial vehicle designed for long-endurance, high-altitude surveillance.