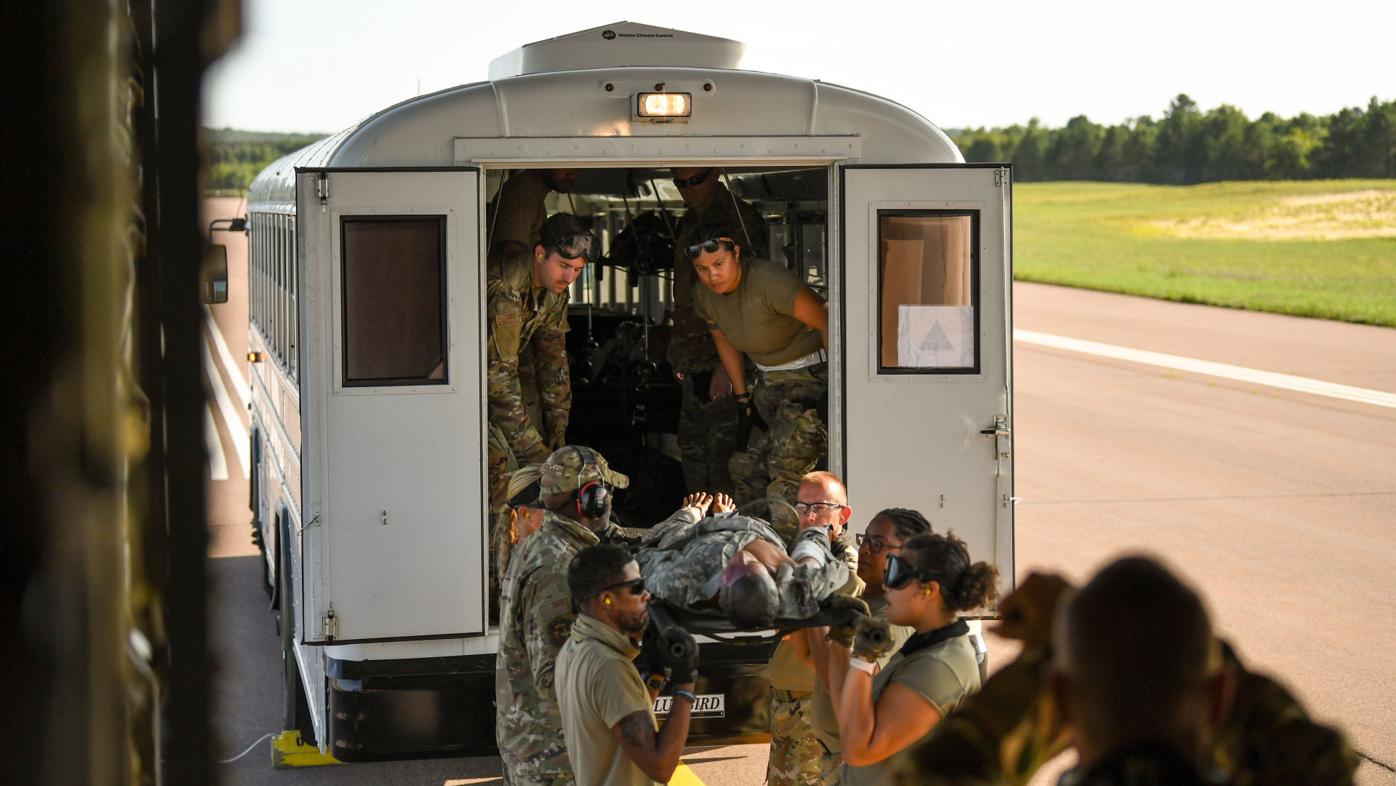 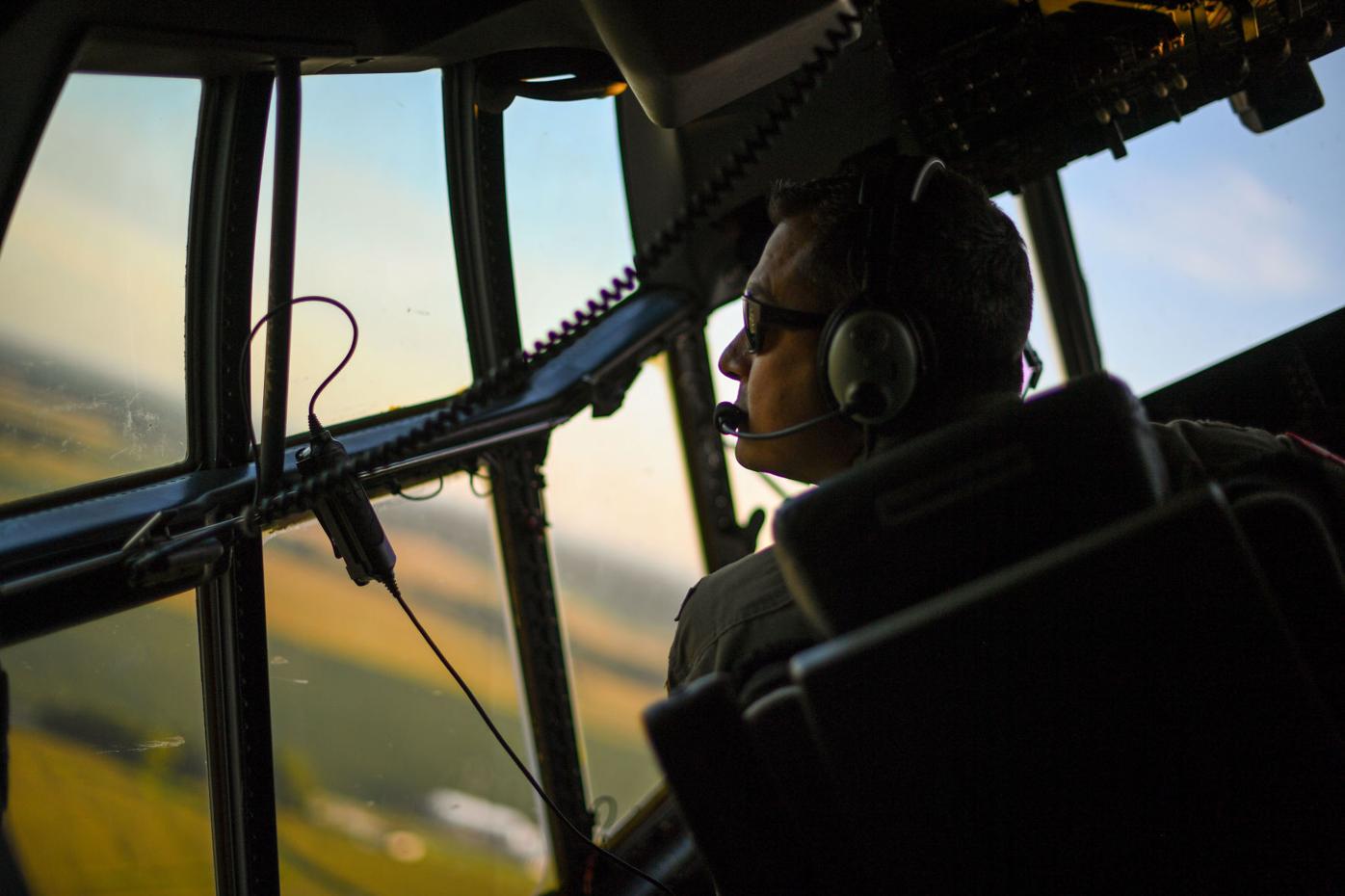 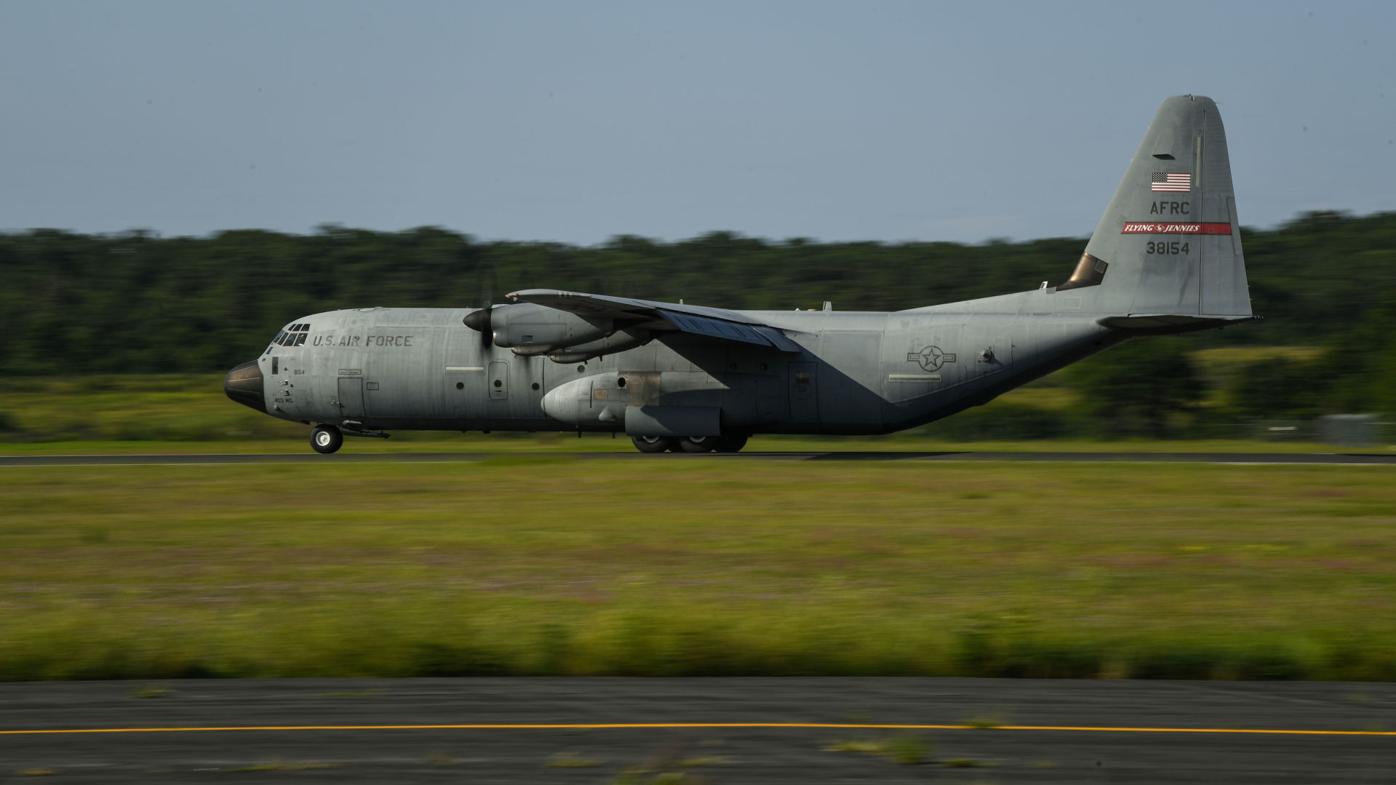 During the exercise, the unit stood up a fully operational base, equipped with mobile hospitals for simulated patients flown in on military aircraft, such as the C-130J Super Hercules aircraft operated by an 815th AS aircrew who took part in the deployment-style exercise to enhance wartime skills. The Airmen worked alongside other service members to accomplish command and control operations, air drops, patient care and logistics operations.

Capt. Matthew Allen, 36th AES flight nurse, and 1st Lt. Jennifer Alvarez-Billinger, 36th AES medical service corps officer, were tasked with setting up operations from the ground up in an austere environment, which had many unique challenges.

Allen is part of a specialized AE team including two flight nurses, one functioning as a medical crew director and three aeromedical evacuation technicians who move critically ill or injured troops after they've been stabilized or received damage-control surgery. They provide lifesaving in-flight patient care in response to contingencies and humanitarian missions. The Guard and Reserve conduct 88% of the AE mission, primarily using C-130 Hercules, C-17 Globemaster IIIs and KC-135 Stratotankers.

“We can operate anywhere a fixed wing aircraft can go, and can be anywhere in the world in 72 hours,” Allen said, adding that it was valuable training to be able to work with the Army and in a realistic environment with training scenarios that are not the ‘norm.’

“In this exercise we had many scenarios to include point of injury pickup, where we had to stabilize our patients” he said. “Picking up casualties directly from a Black Hawk helicopter which landed right off our tail, doing rapid assessments and then loading them onto our plane in a matter of minutes is different than your typical AE movement. To do this first hand, in a realistic ‘wartime’ environment is very important training.”

The exercise also gave him the opportunity to learn about the administrative side of the AE mission, Allen said, who went on the exercise with Alvarez-Billinger.

As an medical service corps officer who worked with the Air Evacuation Operations Team, Alvarez-Billinger was charged with handling the administrative duties and coordination requirements to ensure a successful mission launch to move patients back and forth from the area of responsibility.

“The exercise not only enhanced my skill sets but gave me a lot of insight into different aspects of the mission and how we all work together to get the job done, and provided me with an even broader perspective of how we work within the Department of Defense,” Alvarez-Billinger said.

Typically, before someone from AE can deploy, one of the requirements is to attend Patriot Warrior. This wasn’t the case for Allen and Alvarez-Billinger, who deployed to Travis Air Force Base, California, and Ramstein Air Base, Germany, to provide support for COVID-19 mitigation efforts last year.

Both Allen and Alvarez-Billinger said they felt like Patriot Warrior enhanced their skill sets and will be more prepared for their next deployment.

Not all wing members were players in the exercise. Such was the case for Senior Master Sgt. Anthony Brown, 403rd LRS Material Management superintendent. He was an observer, coach and trainer, for the Material Management personnel. He provided the players with functional expertise and proficiency training through the tasks injects designed to enhance Airmen’s skills in field condition.

“Those supply members' actions contributed immensely to the overall mission and operational objective of the exercise,” Brown said. “It was great working with the Airmen and preparing them for any scenario that they might encounter during a deployment. There were a lot of people involved, with a lot of moving parts, but it was great working through all of it as a team. It was a great experience.”