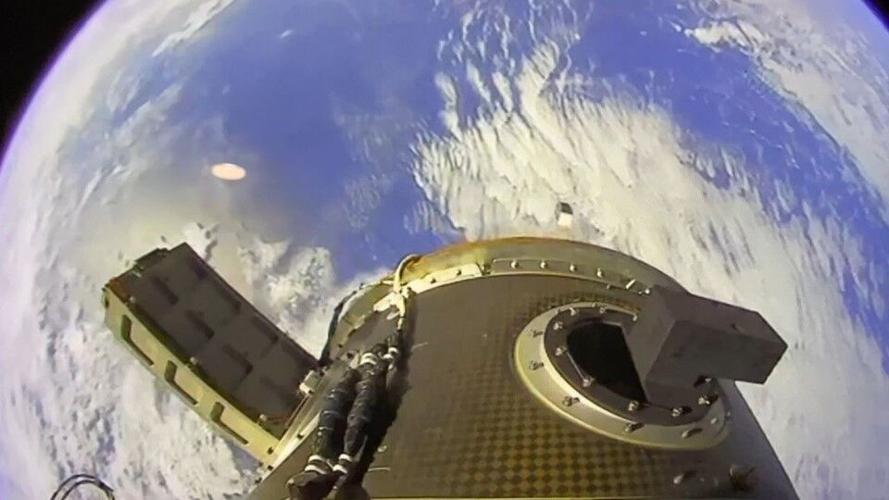 The view from the upper stage of the Alpha 2 rocket after reaching orbit on Oct. 1. 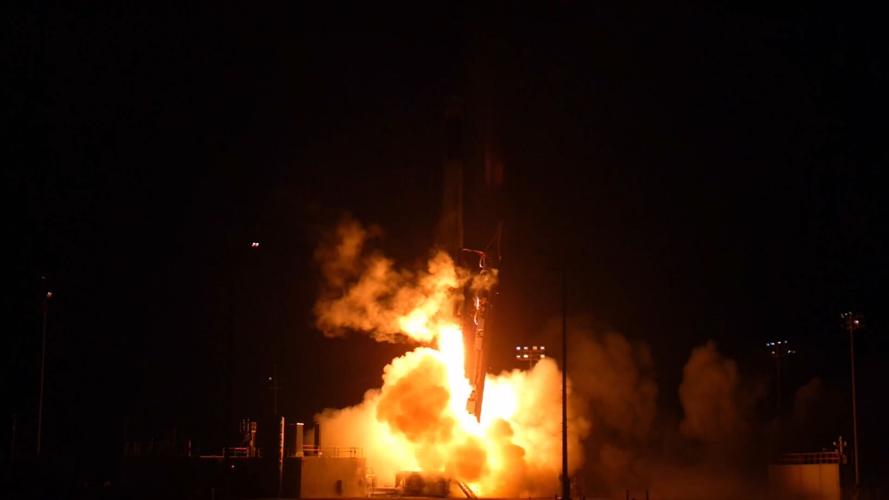 Firefly Aerospace successfully launched its Alpha 2 rocket into a fog-shrouded sky Saturday at 12:01 a.m. from Vandenberg Space Force Base.

The rocket carried and deployed three satellites to low-Earth orbit, an indelible feat that marks a second launch attempt for the young aerospace company. A test flight of its Alpha 1 vehicle from the Central Coast last September failed due to the premature shutdown of one of the booster's four main engines, according to reports.

It was also forced to scrub the launch planned for Sept. 30 after the vehicle went into autoabort upon ignition.

But the Alpha rocket prevailed.

During the mission, the company confirmed Alpha's successful completion of all major technical milestones, including a two-burn maneuver and relighting of the second stage during its first orbital flight.

Update: Starlink resets launch to blast off from Vandenberg SFB at 4:10 p.m.

"Proving our flight and deployment capabilities on only our second attempt is a testament to the maturity of our technology and the expertise of our team," Webber said. "This is an exciting day at Firefly, and we have many, many more ahead. I could not be more excited for the Firefly team."

As designed, the Firefly deployed its payload consisting of three third-party satellites, the Teachers in Space Serenity, the NASA TES-15, and the Libre Space Foundation's PicoBus.

"Once again, our outstanding Airmen and Guardian professionals continue to showcase flawless execution and teamwork alongside Firefly. We are proud of their accomplishment and look forward to future launches," he said.

Future Firefly launches are scheduled for lift off from Vandenberg as the company announced it is working to complete the Acceptance Testing Protocol (ATP) for its Alpha 3 vehicle in preparation for its upcoming NASA VCLS Demo 2-FB ELaNa 43 mission, consisting of 11 CubeSats.

A total of six Alpha launches are scheduled in 2023, and 12 more in 2024 — all of which will take customer payloads to space.

"I am so proud of everyone in the company, both past and present, who have shared my dream of starting a launch company that would further revolutionize the space economy," he said. "The Firefly team set out to develop the best small launch vehicle in the world. Mission accomplished!"

Vandenberg Space Force Base made history Saturday with the final United Launch Alliance Delta IV Heavy rocket launch from the West Coast, that prompted thousands of spectators in nearby Lompoc and across the Central Coast to look to the sky.