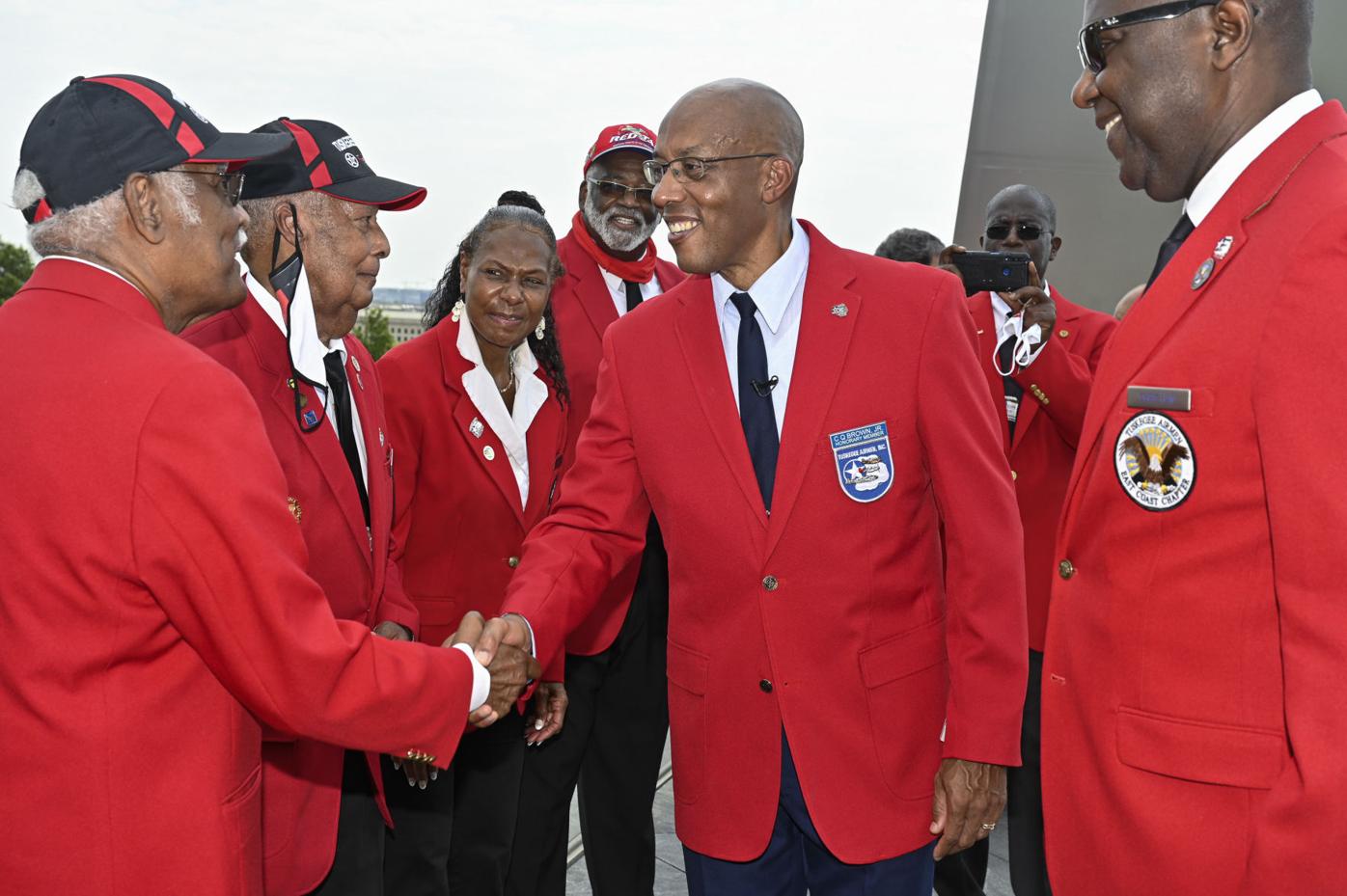 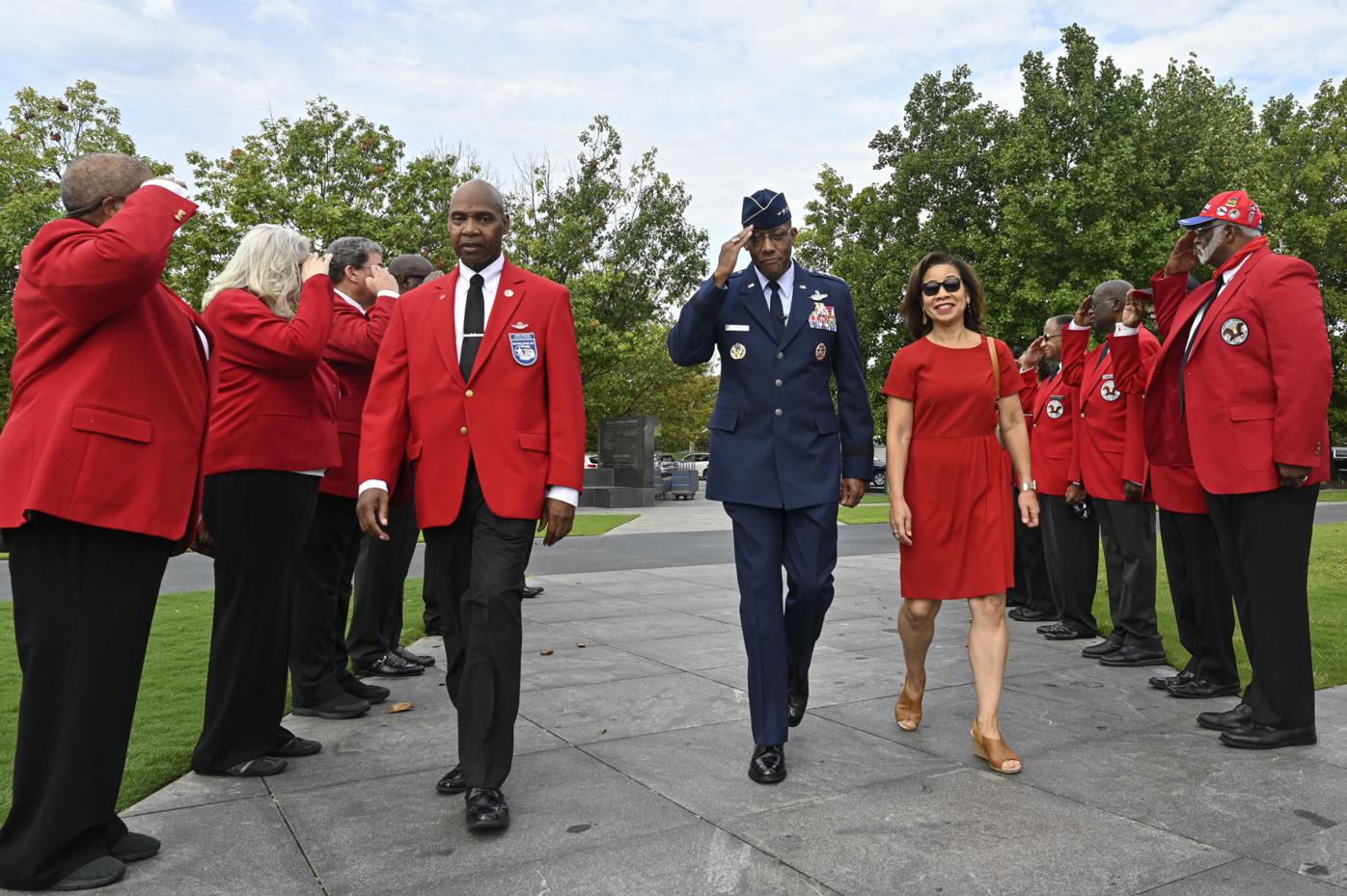 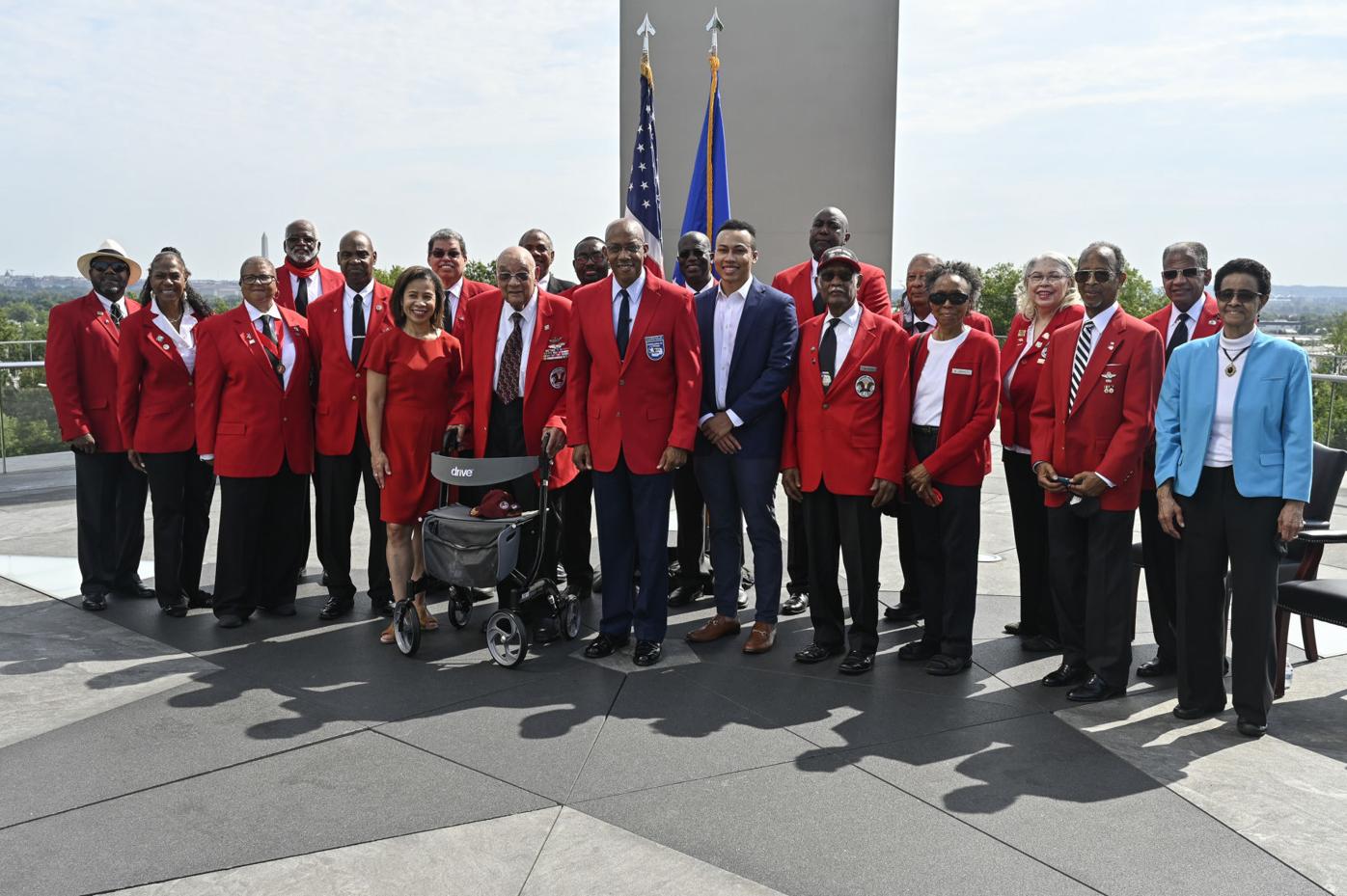 Induction into the elite group of Tuskegee Airmen Inc. as an honorary member is a direct reflection of an individual’s dedication to preserving the heritage and legacy of the “Red Tails” as well as introducing youth to aviation and science, technology, engineering and math opportunities.

“Gen. Brown, just like the Tuskegee Airmen, you have been a trailblazer,” said Jerry Burton, Tuskegee Airmen Inc. national president. “You, like them, have shown that hard work and staying on task results in success.”

Formed during the onset of World War II, the Tuskegee Airmen pioneered the way for desegregation in the military while simultaneously dominating the skies in Europe. Their accomplishments and famous Red Tails have been celebrated throughout history.

“I am grateful, humbled and proud, not only to receive the coveted red jacket, but to also have one of the documented original Tuskegee Airmen, Col. Carl Johnson, here with me today,” Brown said.

Just as they did more than 80 years ago, despite public scrutiny, the Tuskegee Airmen Inc. continues to set the standard for courage, leadership and innovation of today’s Air Force.

“I am forever grateful for African American aviators that paved the way for me to be here,” Brown said. “I also realized as the Chief of Staff of the Air Force I probably was not the first one to be qualified to have this position; I was just the first one to be given the opportunity.”

The heritage of the Tuskegee Airmen remains a symbol of hope against the challenges the nation faces today.

Brown says he hopes to inspire young men and women the same way he was inspired by the Tuskegee Airmen.

“As the first Chief of Staff of the Air Force, or Service Chief, that’s African American, I’m very conscious of the enormity of what this opportunity is for me but what it represents for so many,” Brown said. “I hope that me being the Chief of Staff of the Air Force will be an inspiration to others so they can prepare themselves for that ‘someday’ when their chance may come.”