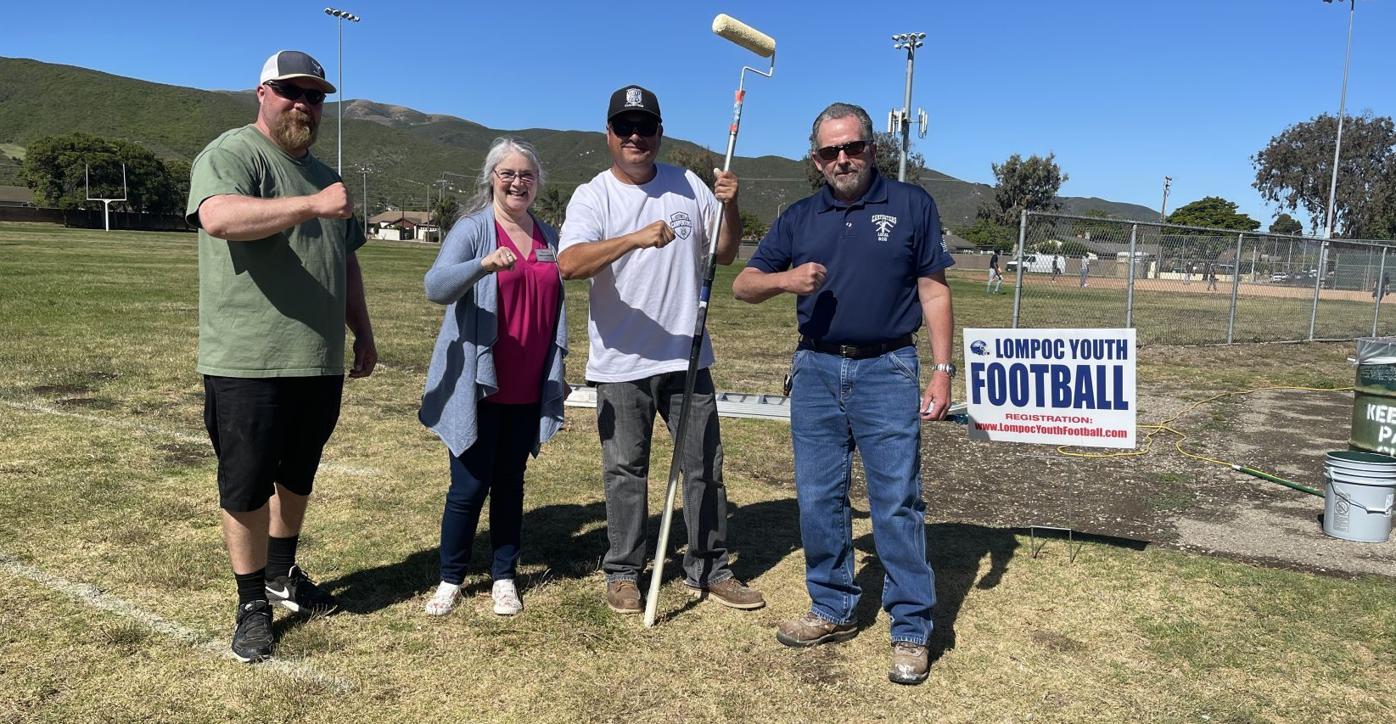 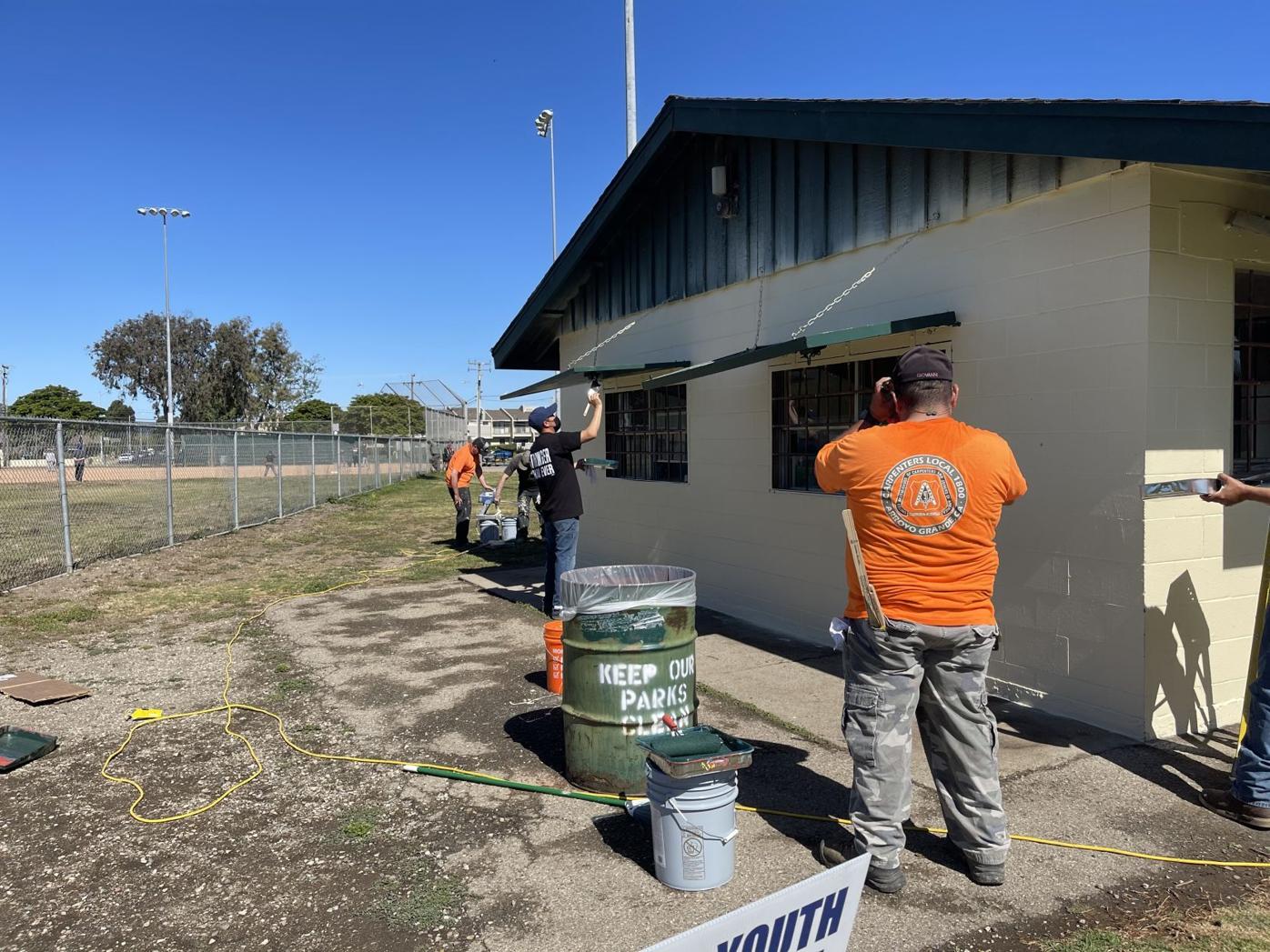 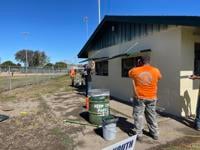 Volunteer carpenters with Southwest Carpenters Local 805 paint a two-story utility building located at the back of the park on June 12. 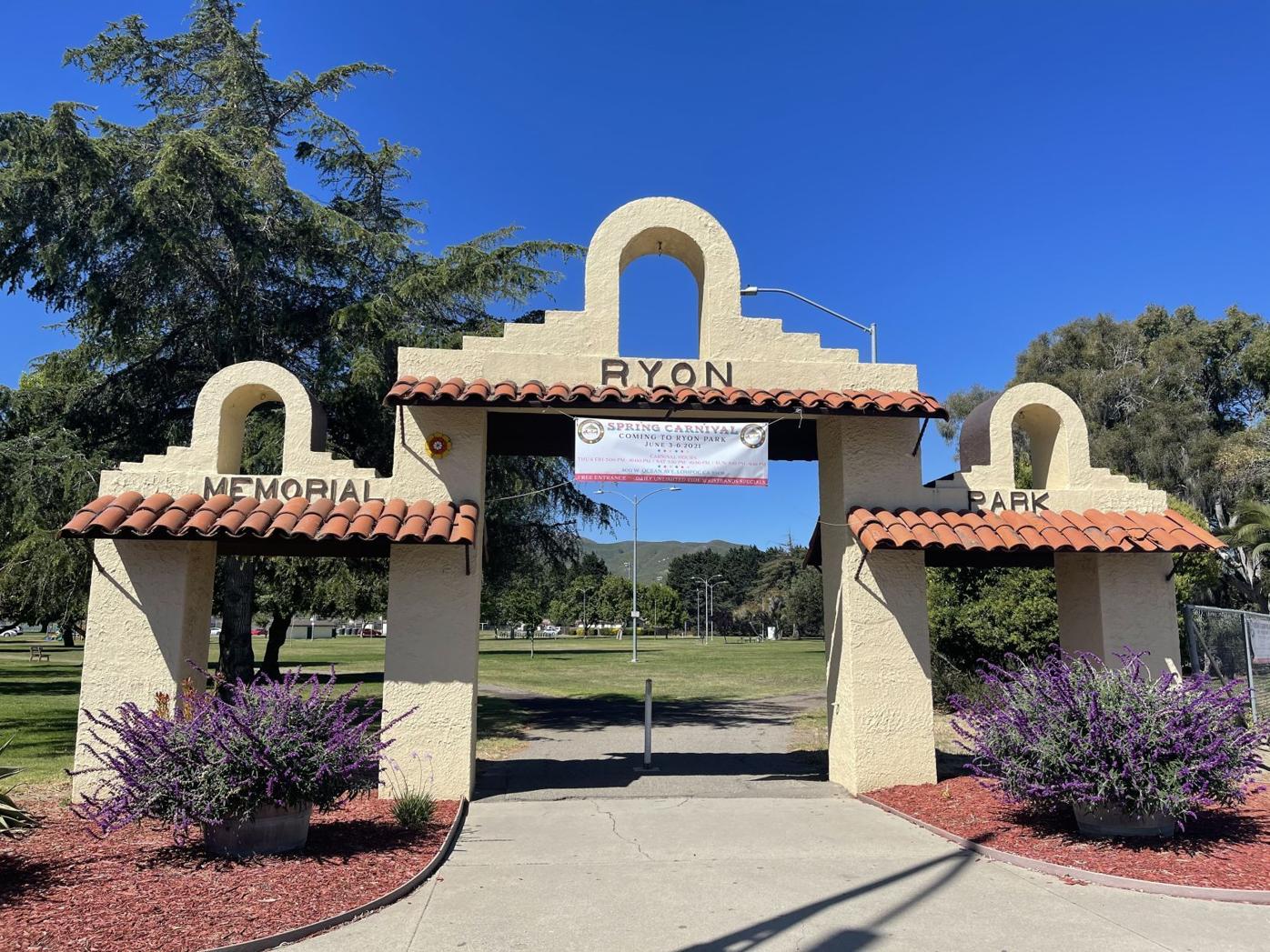 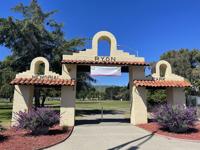 A group of 12 volunteer carpenters with Southwest Carpenters Local 805 made a stop in Lompoc on June 12 to spruce up Ryon Memorial Park's sports field as part of a revitalization initiative to bring back area communities to pre-pandemic conditions.

According to Local 805 spokesman Jason Mitchell, the Lompoc park's sports field fell into disrepair during the pandemic and was targeted for cleanup in preparation for the start of Lompoc Youth Football league's season in August.

"We repainted the score tower and concession stand," he said, "and also gave a hand to the pickleball community and hung up a new windscreen on the courts with the mayor of Lompoc, Jenelle Osborne, in attendance."

The same volunteers continued their work last weekend to finish painting a two-story utility building, located at the back of Ryon Park, as well as the trim on another building, Mitchell said.

Local 805 members also will head north this month to paint and repair a bandstand at Heritage Park in Arroyo Grande in preparation for the upcoming summer concert series, as well as join up with nonprofit Serve Santa Maria on June 26 to assist with the revitalization of a Santa Maria neighborhood.

"This is all part of Local 805’s commitment to serving the communities that their members work in and live in," Mitchell said. "They will continue to beautify Lompoc and all surrounding cities and communities."

Picnic in the Park, which kicked off Monday at other locations in Santa Maria, Guadalupe and Solvang, is just one of several free meal programs conducted by a coalition of school districts, cities and nonprofit organizations every summer to provide healthy food to students.

The Lompoc Family YMCA is accepting registrations, sponsorships and donations for the 21st Annual Kid’s For Character golf tournament — or “The Ketrenia Klassic,” in memory of the late Ketrenia Hall.

The mural was designed by local artists Suzi Matthies and Barbara Young as a gesture of appreciation to those donors who have supported the ongoing “Imagine – Building the Future” capital campaign. It will be on display at the theater until the groundbreaking in September.