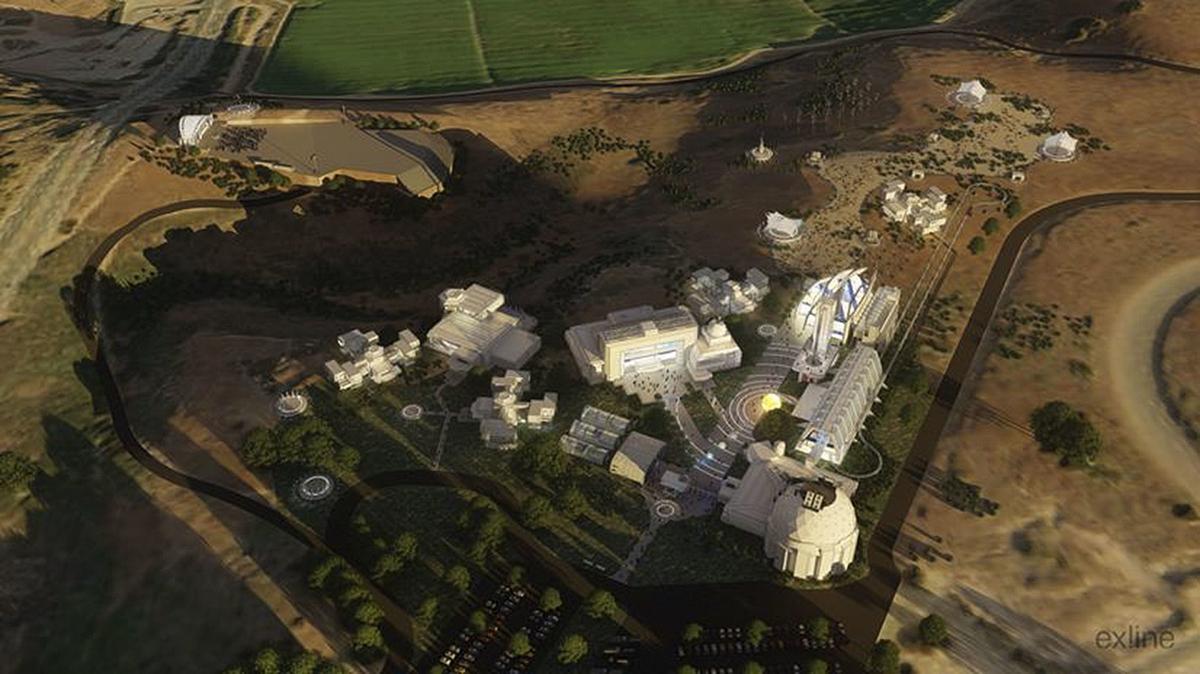 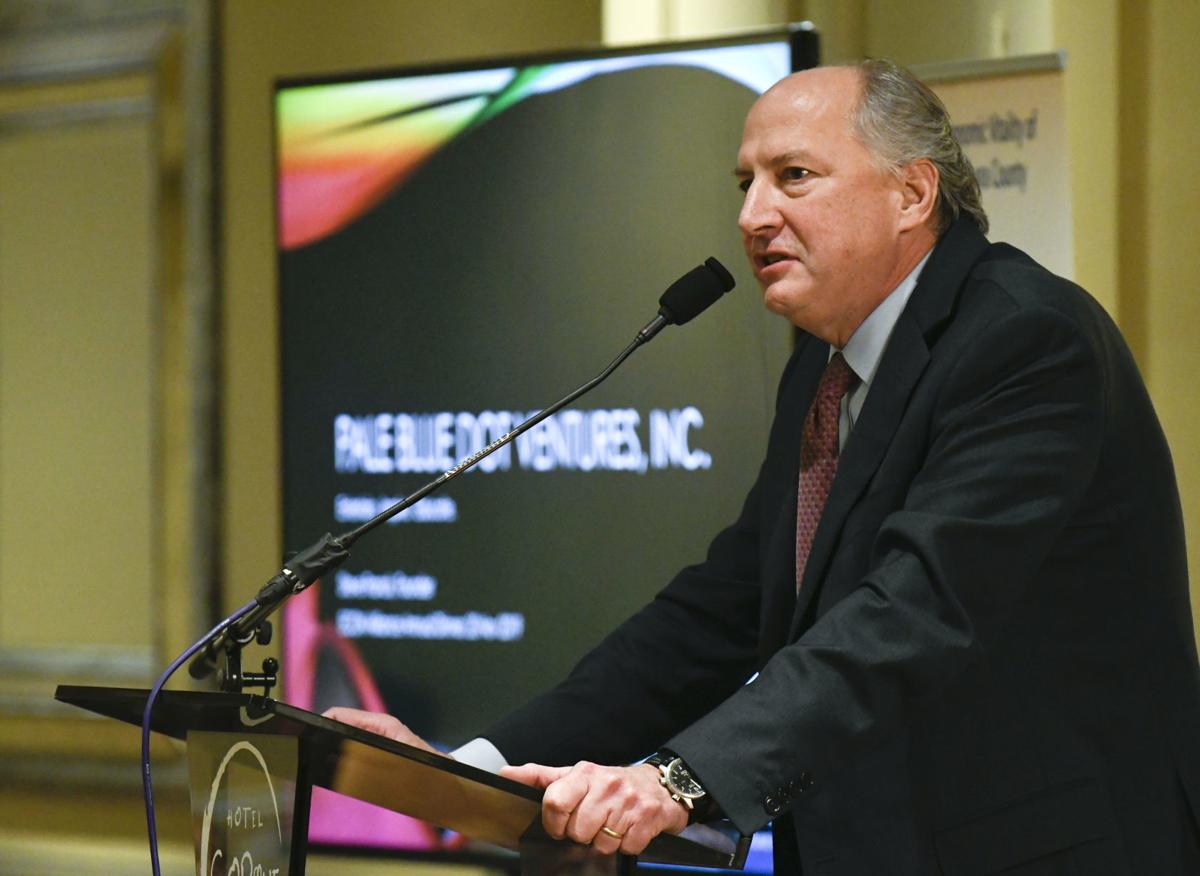 Steve Franck, CEO and founder of Pale Blue Dot Ventures, talks about plans to build a space-themed education/entertainment center in Lompoc during an EconAlliance forum in Solvang in this Nov. 21, 2019, file photo. Franck and project backers were granted fundraising extensions Tuesday night by the Lompoc City Council. 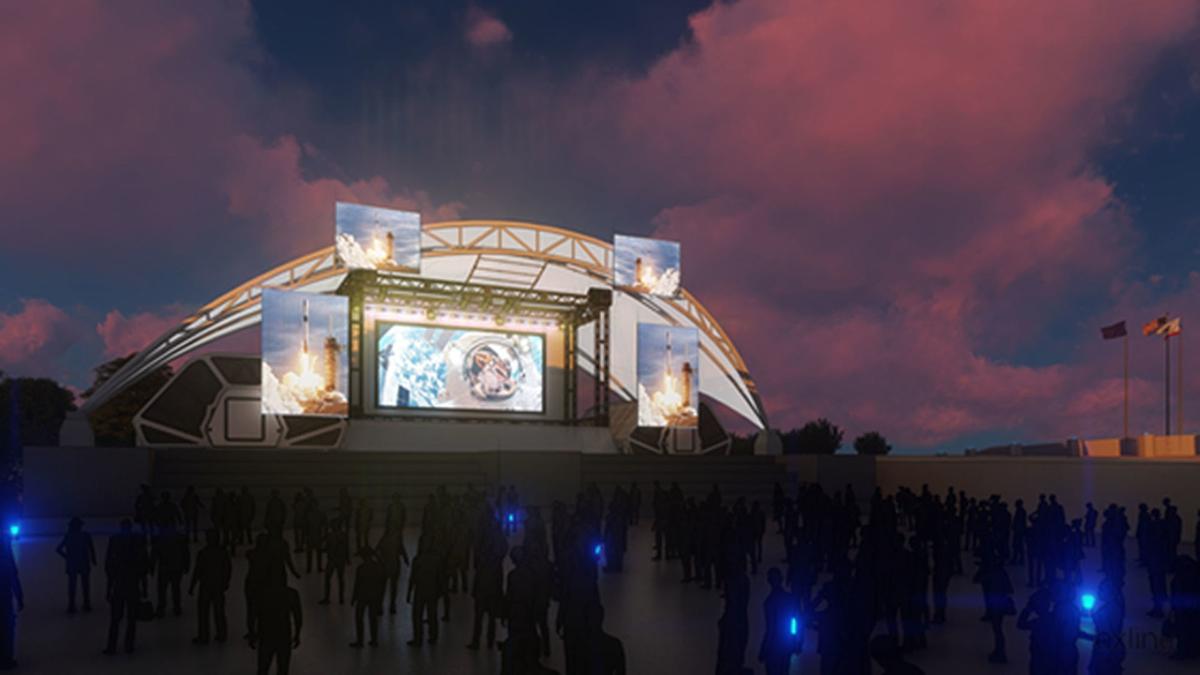 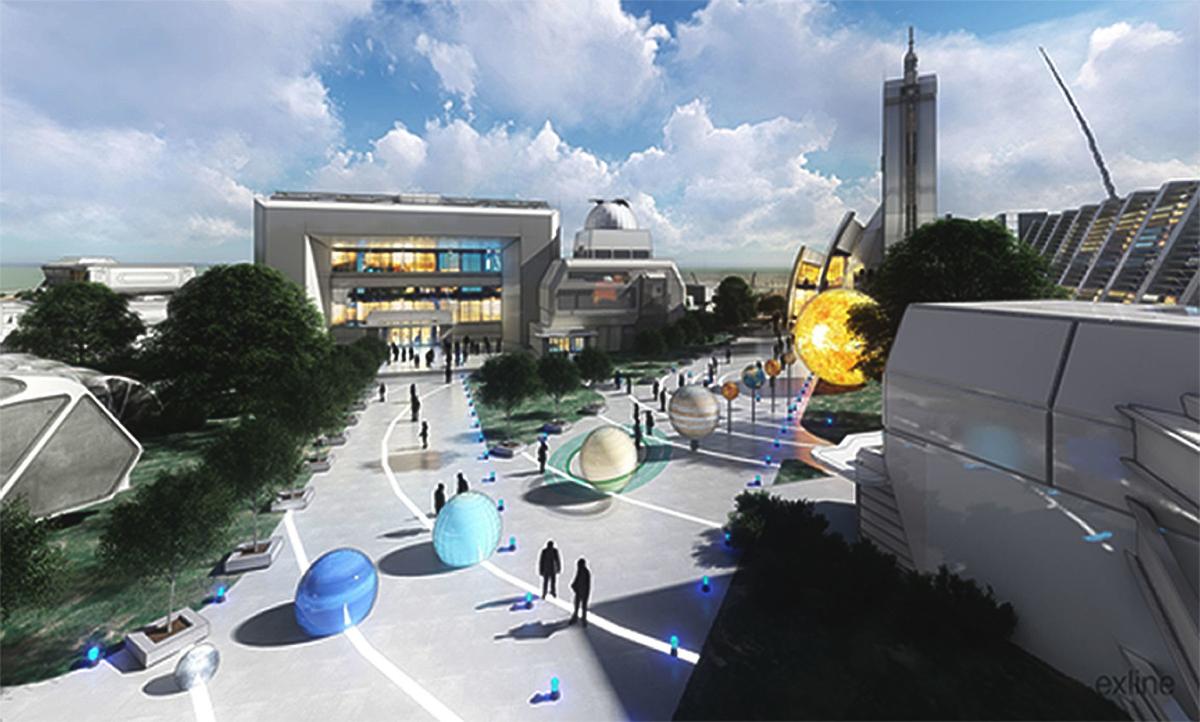 Thirteen months ago when Steve Franck and his associates with Pale Blue Dot Ventures publicly revealed their plans to build a sprawling space-themed complex in the heart of the Lompoc Valley, they figured by this point they’d be nearing or even surpassing early milestones.

Then the COVID-19 pandemic happened.

With stay-at-home orders and economic uncertainty negatively affecting the project backers’ ability to fundraise, the Lompoc City Council on Tuesday night granted a request from Pale Blue Dot Ventures to push back some significant deadlines.

Under the terms of the original memorandum of understanding that was agreed upon in July 2019 between Pale Blue Dot Ventures and the city, the team at Pale Blue Dot was required to provide proof of at least $750,000 in seed money, with at least $500,000 of that in cash, as well as early design documents by mid-July 2020. On Tuesday, the City Council unanimously supported extending that deadline by 120 days, effectively pushing it to mid-November.

Despite what would appear to be a setback, Franck expressed confidence Thursday that the project will remain on track.

“Progress was good before the pandemic, and we were building significant local investors and support,” said Franck, who has been involved with the project for five years. “The intervening pandemic has forced everyone to take a significant pause.”

The project plans, which were first revealed in March 2019, are expansive.

Pale Blue Dot leaders are hoping to acquire about 82 acres of city-owned property surrounding and including Ken Adam Park near Hancock College’s Lompoc Valley campus to develop their bold vision. Among the amenities proposed for the multipurpose complex is a space center and related visitor’s center, an amphitheater and theater that can be used to watch launches from nearby Vandenberg Air Force Base, as well as a hotel, restaurants and retail shops.

The property is also slated to include several educational aspects, with a focus on promoting STEAM (Science, Technology, Engineering, Arts and Math) learning.

Franck believes the ongoing coronavirus crisis is evidence of why the project is so needed.

“In our view, [the pandemic] has exposed the United States' need to rededicate ourselves to STEAM education, as we are increasingly falling behind our global competitors,” he said, citing figures that suggest China produces more than eight times the number of STEM (Science, Technology, Engineering and Math) graduates as the U.S. “This is clearly not a sustainable trajectory.”

The pandemic’s biggest impact on the project thus far, according to Franck, is that it has prevented Pale Blue Dot leaders from meeting with potential investors.

Additionally, the letter that Franck submitted to the Lompoc City Council and City Manager Jim Throop to request the deadline extensions noted that many potential investors “have likely suffered significant financial losses, perhaps as much as 30-40% or more” during this coronavirus outbreak.

So far, Franck said, Pale Blue Dot Ventures has secured about $300,000 for the project, though he said principal investors had contributed more over the past five years to get to this point. He said that some fundraising work has continued amid the pandemic, and estimated that about $1.4 million has already been spent to reach the current stage.

Some of that money, he said, reflects capital spent on prior iterations of the project over the past five years, though he noted that past backers of the project have no continuing ownership of Pale Blue Dot's project plans.

"Although the pandemic has reduced our mobility ... we hope to move forward soon after the travel restrictions are lifted," Franck said.

A report prepared by Lompoc city staff noted that the extended timelines would not have a negative fiscal impact for the city. Any legal costs related to altering the memorandum of understanding, according to staff, would be taken from a $25,000 deposit that Pale Blue Dot submitted to the city last year.

Even with the pandemic, Franck said he still anticipates that the complex could open as soon as mid-2024 — the same year that NASA plans to return American astronauts to the moon.

“We want to tell this epochal story,” Franck said, referring to exploration of the moon, Mars and worlds beyond.

“And we hope to tell this story from Lompoc.”

In a wide-ranging conversation, Lompoc Mayor Jenelle Osborne and City Manager Jim Throop laid out some of their goals and other issues and items they are looking forward to in 2020. Improving quality of life within the city featured prominently in the discussion.

The future of space-related exploration, education and entertainment — particularly based out of the Lompoc Valley — highlighted a forum hosted Thursday night by the Economic Alliance of Northern Santa Barbara County.

An effort to build a Space Center complex in northern Lompoc — a project described by Councilwoman Gilda Cordova as a potential “game-changer” for the city — moved a step closer Tuesday night to becoming a reality. The Lompoc City Council voted 5-0 to have the city enter into a Memorandum of Understanding, or MOU, with Pale Blue Dot Ventures to explore the potential sale of about 82 acres of city-owned property surrounding and including Ken Adam Park that Pale Blue Dot leaders intend to use for the development of a multi-faceted space-themed entertainment project.

Lompoc High student Jennifer Ayala took out a $1,000 loan this year through the U.S. Department of Agriculture to purchase a pig with the intent of selling it, ideally for a profit, at auction during this summer’s Santa Barbara County Fair. With the coronavirus outbreak threatening the likelihood of the fair, Ayala is now scrambling to find a buyer as soon as possible so she can repay that loan.

In a continuing effort to assist residents who may be struggling financially as a result of the COVID-19 pandemic, the Lompoc City Council on Tuesday directed staff to look into the feasibility of using more than $1 million in clean energy credits to provide rebates to the city’s electric customers.

The Lompoc City Council on Tuesday night voted 5-0 to use about $2.3 million that the city has in clean energy credits to provide a one-time $150 rebate to each of the city’s residential and commercial electric customers. The move was made in an attempt to financially assist community members who may be experiencing hardships due to the COVID-19 pandemic.

The Lompoc City Council spent nearly an hour Tuesday night discussing potential ways to manage the mobile syringe exchange program that has been offered in the city since 2016 by the Pacific Pride Foundation. Some community members have accused the organization of promoting drug use and blamed the controversial syringe exchange program for a proliferation of used needles being discarded in Lompoc’s streets, alleys and parks.

Steve Franck, CEO and founder of Pale Blue Dot Ventures, talks about plans to build a space-themed education/entertainment center in Lompoc during an EconAlliance forum in Solvang in this Nov. 21, 2019, file photo. Franck and project backers were granted fundraising extensions Tuesday night by the Lompoc City Council.