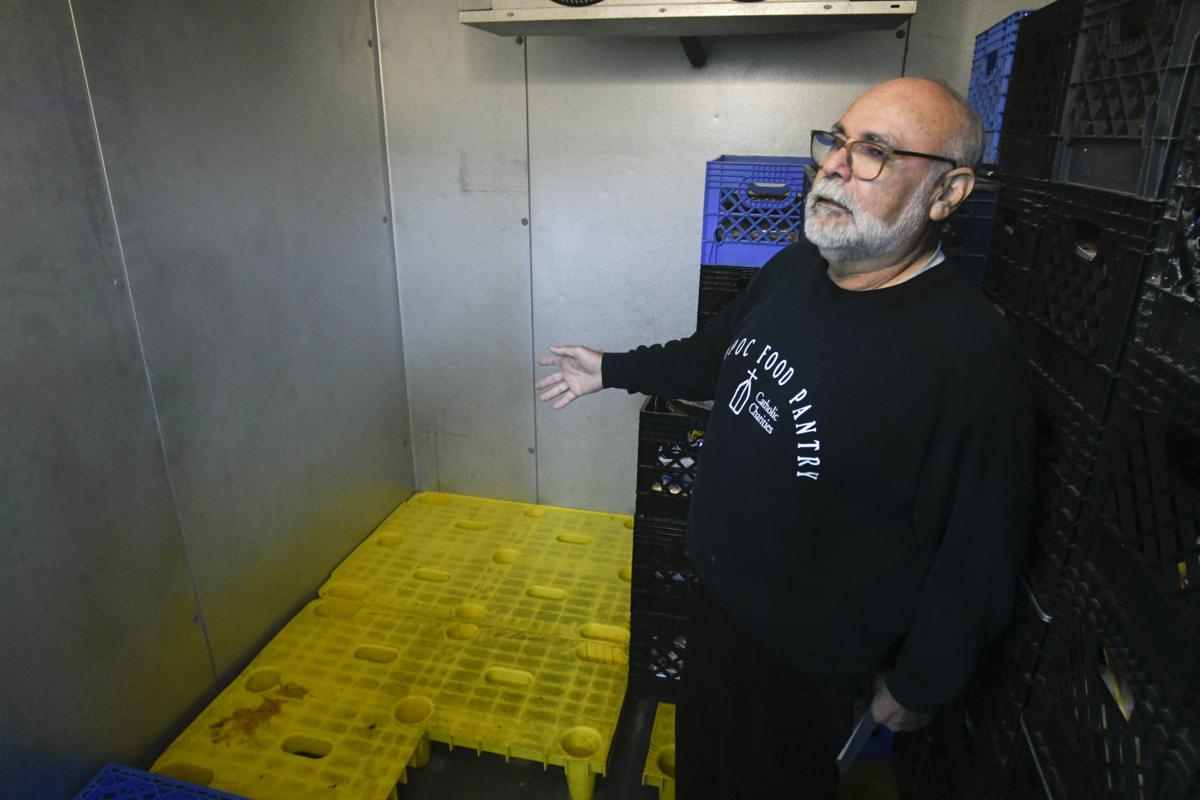 Angel Ramos looks at the empty commercial walk-in freezer where the Lompoc Food Pantry normally stores frozen turkeys to give to the needy for Thanksgiving. 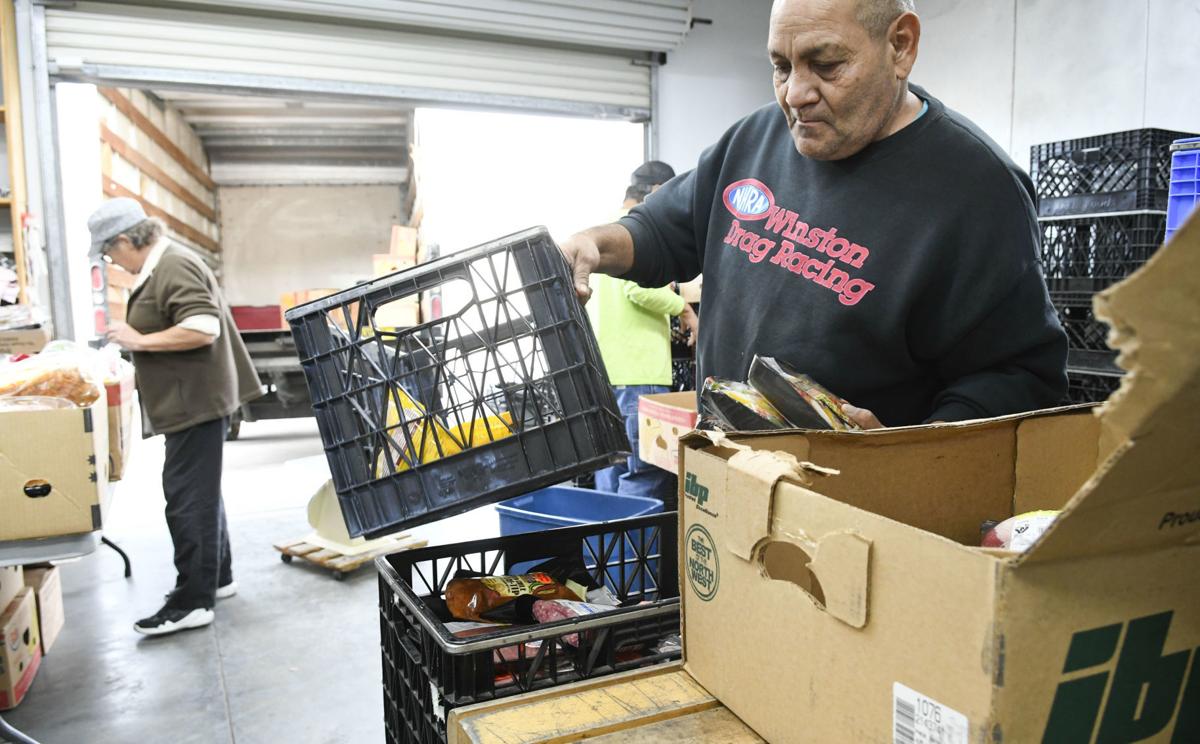 Michael LaRiva unloads a delivery truck at the Lompoc Food Pantry on Tuesday. 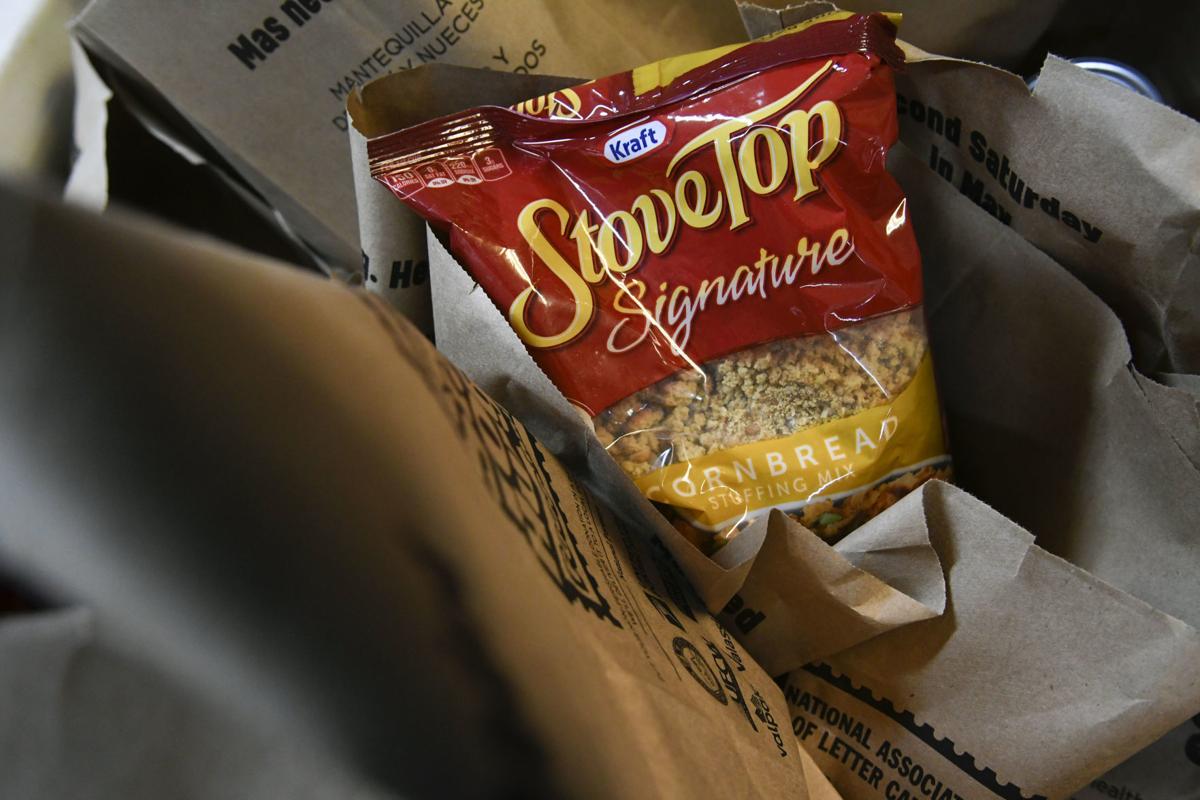 Stuffing for turkeys is needed at the Lompoc Food Pantry after much of the stored supply had to be thrown away. 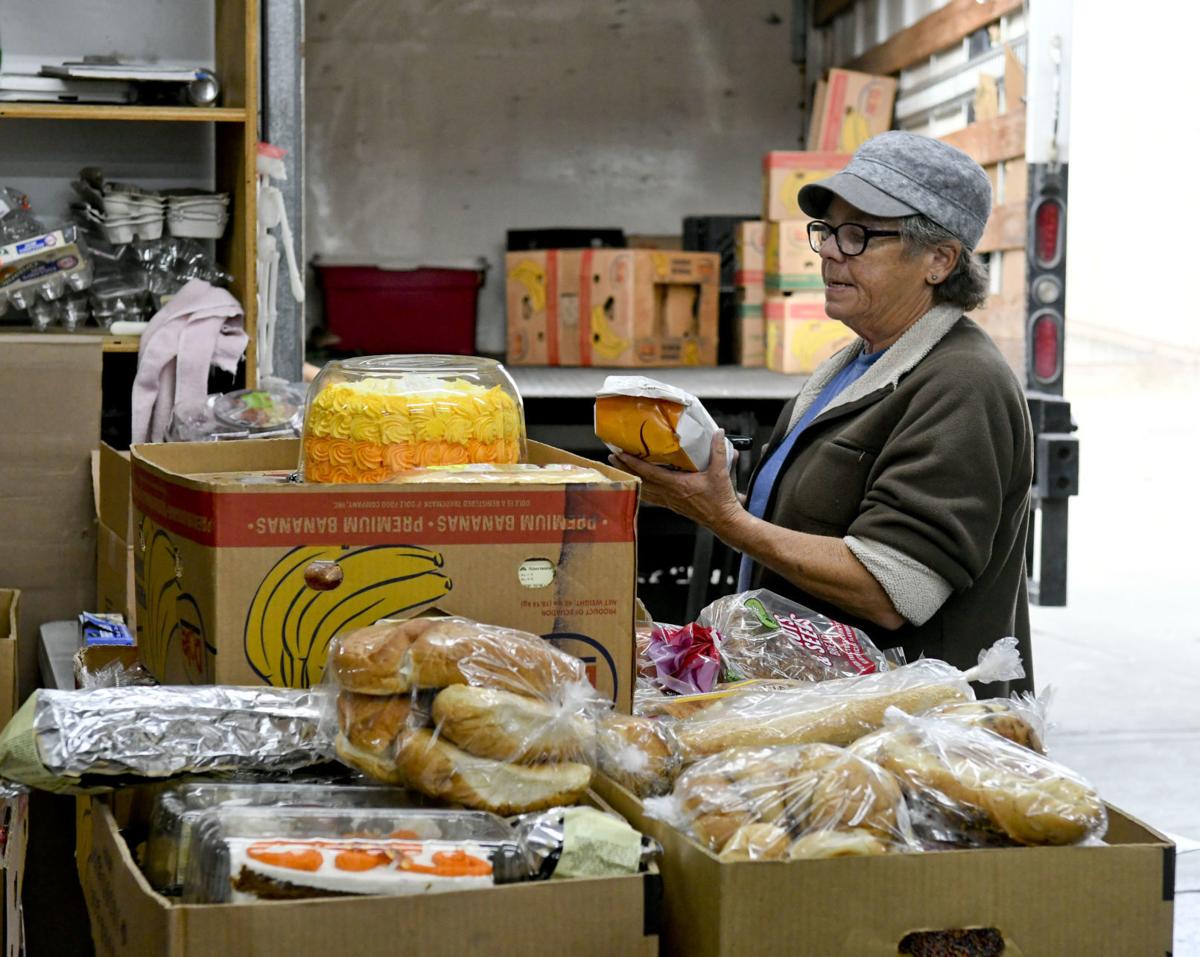 Lori Gilson unloads a food delivery truck at the Lompoc Food Pantry on Tuesday. Turkeys and Thanksgiving food are in short supply.

As the holiday season draws closer, officials at the Lompoc Food Pantry are again calling on the local community to help provide meals for some of the area's less-fortunate families.

The Food Pantry, which is run by Catholic Charities, is in dire need of turkey donations. With just nine days remaining before Thanksgiving, the pantry’s walk-in freezer had only about 25 turkeys, a total well short of the organization’s target of 400. Additionally, Food Pantry leaders are hopeful that community members will donate money — via grocery store gift cards — that can be used to purchase food and supplies, and/or their time by volunteering.

“This is the busiest, and the most demanding, time of the year,” Angel Ramos, a Food Pantry coordinator, said Tuesday. “We’re short on people, turkeys, everything.”

Some help could be on the way, as Ramos noted that the owners of the Lompoc Grocery Outlet store recently notified him they were planning to donate potentially dozens of turkeys. Ramos said he was hopeful that others would also become inspired to give.

Foodbank in need of more turkeys to feed families this Thanksgiving

The Foodbank of Santa Barbara County is in need of more turkeys and chickens to feed needy families during the holiday season and has extended dropoff hours for its annual turkey drive.

Anyone who would like to donate to the effort can do so by bringing turkeys and/or other foods to the Food Pantry at 325 North 2nd St., or by making a monetary donation.

Ramos asked that monetary donations be made via gift card, which would allow the Food Pantry workers to immediately use the funds to purchase items that are needed. If donations are made via cash or check, the Lompoc Food Pantry would need to get approval from the Catholic Charities office in Los Angeles before being able to access the funds.

Ramos noted that going through the Los Angeles office, which he described as being akin to “talking to Congress,” could draw out the process and significantly delay the Lompoc Food Pantry’s ability to utilize the funds.

Thanks to a Silent Angel program, all monetary donations to the Food Pantry through the end of the year will be matched by a private anonymous Catholic Charities donor.

Ramos said the Food Pantry hopes to begin giving out the turkeys once it has 100 in stock.

Lompoc residents Chuck Madsen and Tim Harrington began discussions about 18 months ago on a plan to establish a Lompoc youth center that would empower teenagers and young adults and provide them with a wide range of services and opportunities. After doing much of the early planning themselves, the pair began hosting focus groups last month and are now ready to share their vision for a project that they view as an “investment in Lompoc’s future” and hope to get off the ground early next year.

“Once you give one turkey out, word travels really quick,” he said, laughing.

Families will be given priority for the turkeys. If turkeys remain after the families are served, then they will be given to other clients ahead of Thanksgiving.

If turkeys remain after Thanksgiving, Ramos said they may be held to give to clients at Christmastime.

Anyone who would like to receive food from the Food Pantry must first register with the organization on-site.

Ramos said he was confident that the Food Pantry would be able to meet its demand from the community this holiday season.

“He provides,” Pack said. “And people are very generous in this town.”

Angel Ramos looks at the empty commercial walk-in freezer where the Lompoc Food Pantry normally stores frozen turkeys to give to the needy for Thanksgiving.

Michael LaRiva unloads a delivery truck at the Lompoc Food Pantry on Tuesday.

Stuffing for turkeys is needed at the Lompoc Food Pantry after much of the stored supply had to be thrown away.

Lori Gilson unloads a food delivery truck at the Lompoc Food Pantry on Tuesday. Turkeys and Thanksgiving food are in short supply.