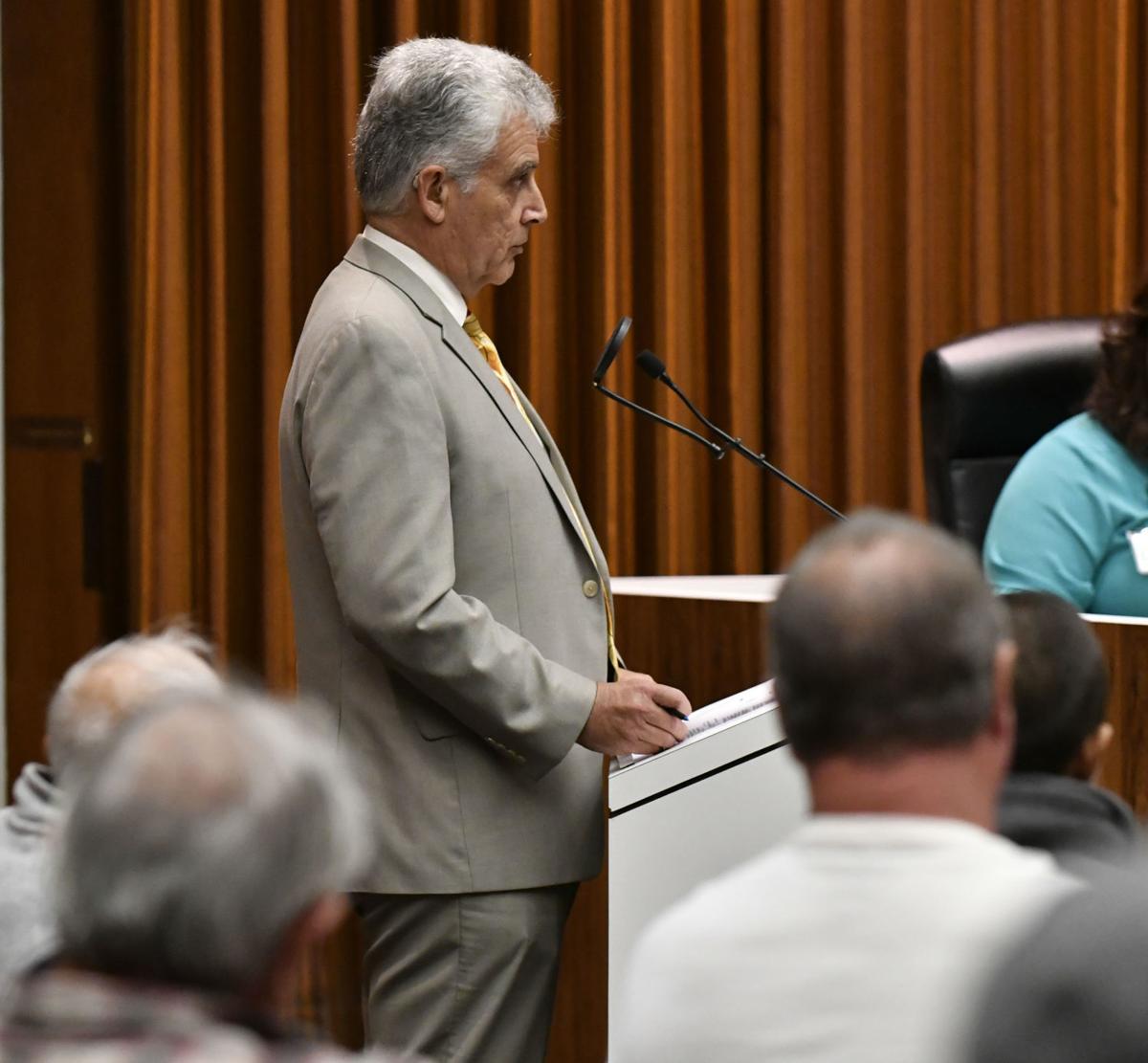 In this Oct. 3, 2017, file photo, Lompoc City Attorney Joseph Pannone answers questions from the City Council on rules on a local cannabis industry. Pannone announced Tuesday that the city's cannabis ordinance was effective again due to the failure of a referendum effort. 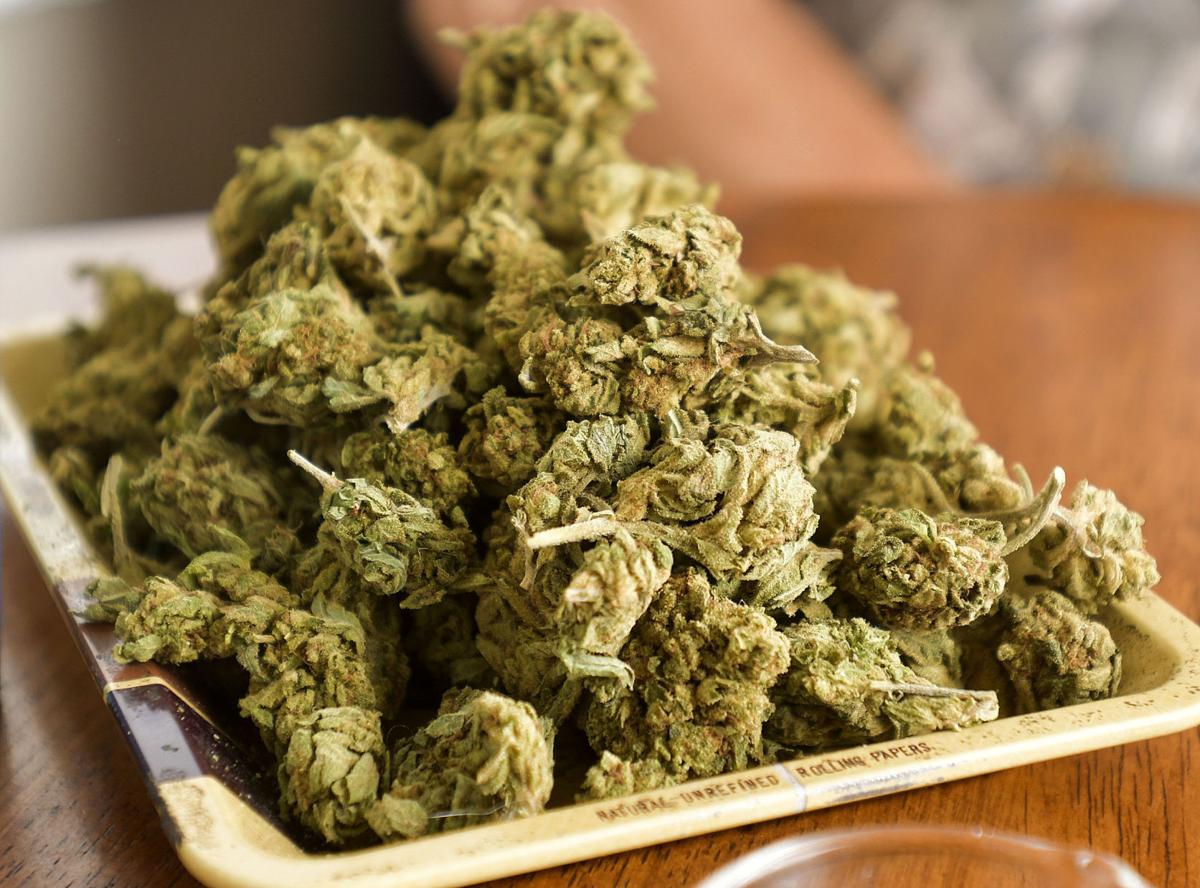 The ordinance, which regulates recreational and medical marijuana commerce in the city, was formally adopted by the Lompoc City Council on Nov. 7, but was then put on hold Dec. 14 after a group of residents submitted a petition for referendum to the Lompoc City Clerk. Residents on both sides of the issue had been waiting ever since to find out if the signatures on the referendum petition, which would have put the ordinance up for a vote in the November election, were valid.

Those results were expected to come in Jan. 23, but City Attorney Joe Pannone surprised many at Tuesday’s City Council meeting by announcing that Santa Barbara County election officials had revealed to the city earlier in the day that the petition was found to be short of more than 200 signatures after more than 600 of the signatures were found to be invalid.

Several audience members at Tuesday’s meeting applauded the announcement. Cannabis was expected to be a major topic at the meeting, as the council was set to review a potential medical-only marijuana ordinance that could be enforced in case the recreational ordinance was delayed until November. With Pannone’s announcement, which effectively made that conversation irrelevant, the council voted to remove that item from the night’s agenda.

In making the announcement, Pannone said that city staff had already begun the process of figuring out how to process applications from potential commercial marijuana operators. He stressed that it would take at least a month before applications would be accepted.

“We want the public to understand, we’re not ready to hit the floor running yet,” he said. “Hopefully it will not be too long, but it’s gonna take as long as it takes. We’re gonna do this as fast as we can.”

He asked that residents and would-be applicants remain patient.

“Please, to the public, I know it’s important, but please don’t burden the city clerk or (others),” he said, adding that an announcement would be made when the city is ready to accept and process applications.

The referendum had been a divisive issue over the past two months, as several marijuana advocates felt like those opposed to the ordinance could and should have spoken up during the year-long process the city went through before adopting it. They also cited the fact that 57 percent of Lompoc voters supported Proposition 64 — the Adult Use of Marijuana Act — in 2016.

Those in favor of the referendum said they were not opposed to medical cannabis use in the city, but they felt like the city should hold off on allowing recreational establishments.

The referendum petition needed about 1,622 signatures from city residents. Pannone revealed Tuesday that the county reported that 2,022 signatures were submitted, but only 1,400 were found to be valid.

Lompoc Mayor Bob Lingl, who had been outspoken over the past year about his desire to not allow the recreational marijuana industry into Lompoc, was not present at Tuesday’s meeting. Mayor Pro-Tem Jenelle Osborne, who was heavily involved in developing the cannabis ordinance, led the meeting.

Councilman Victor Vega asked Pannone if further recourse could be taken by people opposed to the city’s cannabis ordinance. Pannone’s answer: Basically, no.

“Technically, a year from now, someone could try to get an initiative to repeal the ordinance that’s now effective, but that’s a totally different process,” he said. “As far as the referendum on this ordinance, there’s nothing left that can be done to not have this ordinance become effective.”

He noted that a lawsuit could be brought, but said it was his opinion that there would be no legal grounds for such a suit to succeed.

Ordinance No. 1640(17) outlines the regulations for personal marijuana use, as well as the way the cannabis industry will be regulated within the city. That includes cultivation, manufacturing and storefronts, among other aspects. One of the major facets of the ordinance is that it will not restrict the number of cannabis businesses within the city and will instead allow the free market to dictate who enters.

Also at Tuesday's meeting, the council voted 4-0 (with Lingl absent) to accept staff's recommendation to not develop an ordinance regulating the use of drones within the city.

The issue first came before the council in 2016 when two neighbors were involved in a dispute over one neighbor allegedly flying his drone over the other neighbor's home.

The city's legal team suggested that state and federal laws regulating drones could change in the next few years and that it would be in the city's best interest to take a wait-and-see approach.

"City ordinances regulating drone use will be on the surest footing if they are based on a city’s power to regulate land use — specifically, where and when a drone can take off and land — as well as applying existing state laws and ordinances to drones and drone users," read a portion of the city's staff report. "All other regulations, given the current state of the law, will likely be subject to federal or state preemption and would likely be struck down if challenged."

Tuesday's meeting was the first of the year for the council. The next meeting is scheduled for Feb. 6.

The Santa Maria City Council voted Tuesday to officially ban cannabis activities within its borders, although some council members believe the…

At the last City Council meeting the staff submitted a recommendation to change the cannabis-use ordinance. Keep in mind what member Jim Mosby…

Just a day after an alleged murder involving members of Lompoc’s homeless population, safety issues involving the homeless, as well as the cit…

In this Oct. 3, 2017, file photo, Lompoc City Attorney Joseph Pannone answers questions from the City Council on rules on a local cannabis industry. Pannone announced Tuesday that the city's cannabis ordinance was effective again due to the failure of a referendum effort.