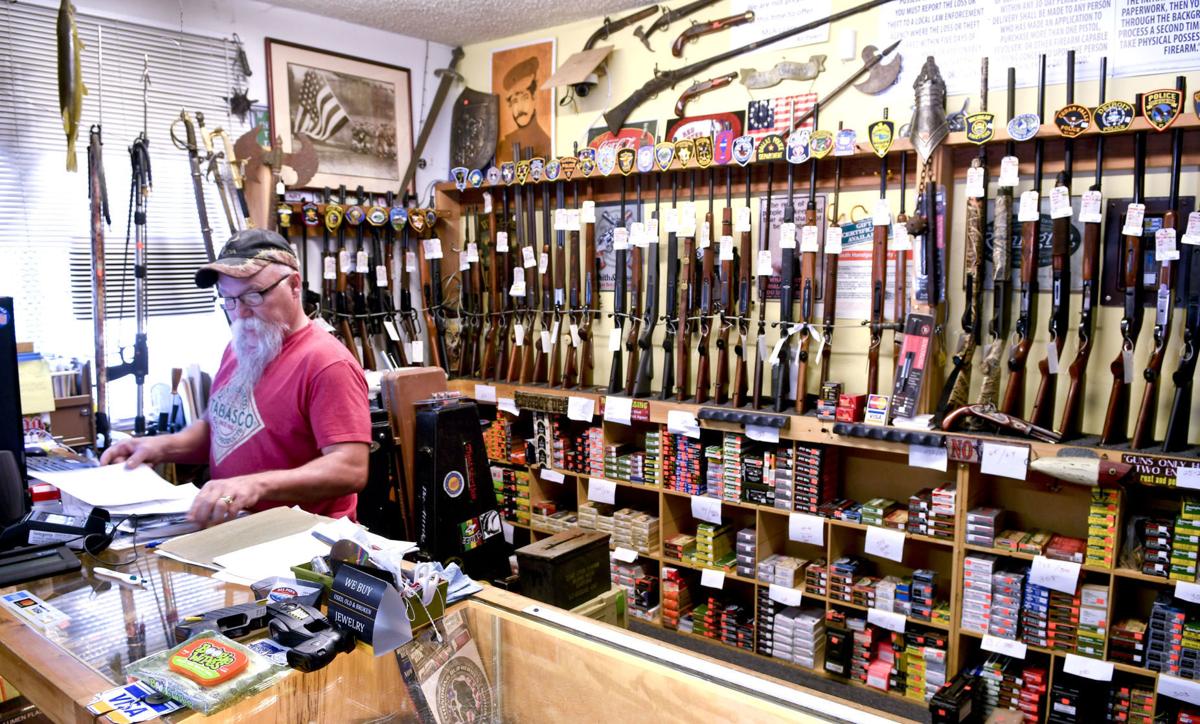 Herb Crowley, the owner of Dead On Firearms, does paperwork in his store inside All Pawn in Solvang. 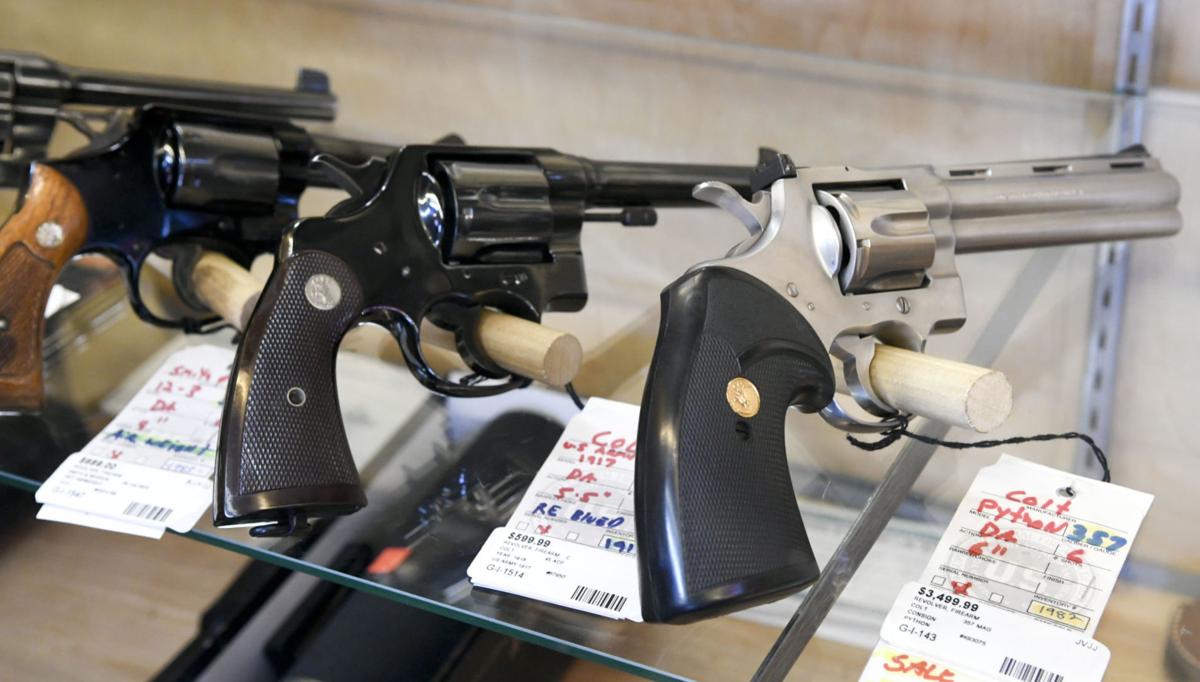 Some of the few remaining pistols are displayed at Dead On Firearms in Solvang. 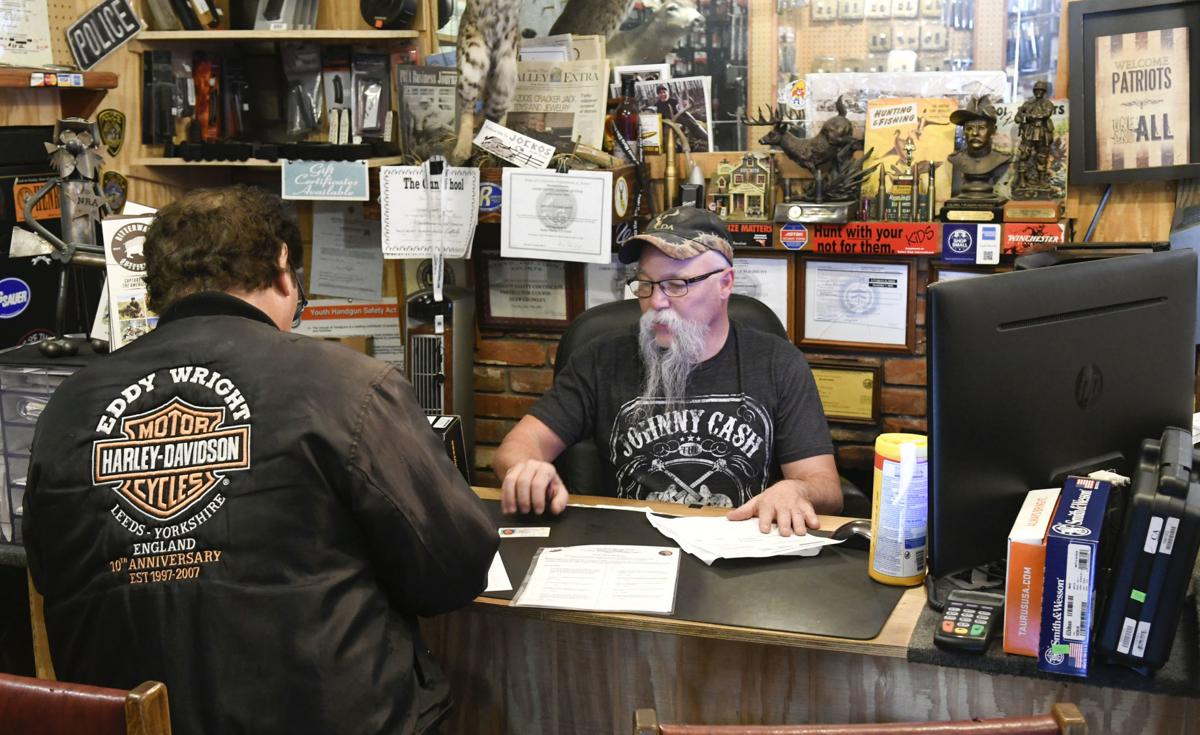 Herb Crowley, the owner of Dead On Firearms in Orcutt, talks to a customer who was preparing to take the Firearms Safety Certificate to purchase a gun on Tuesday. 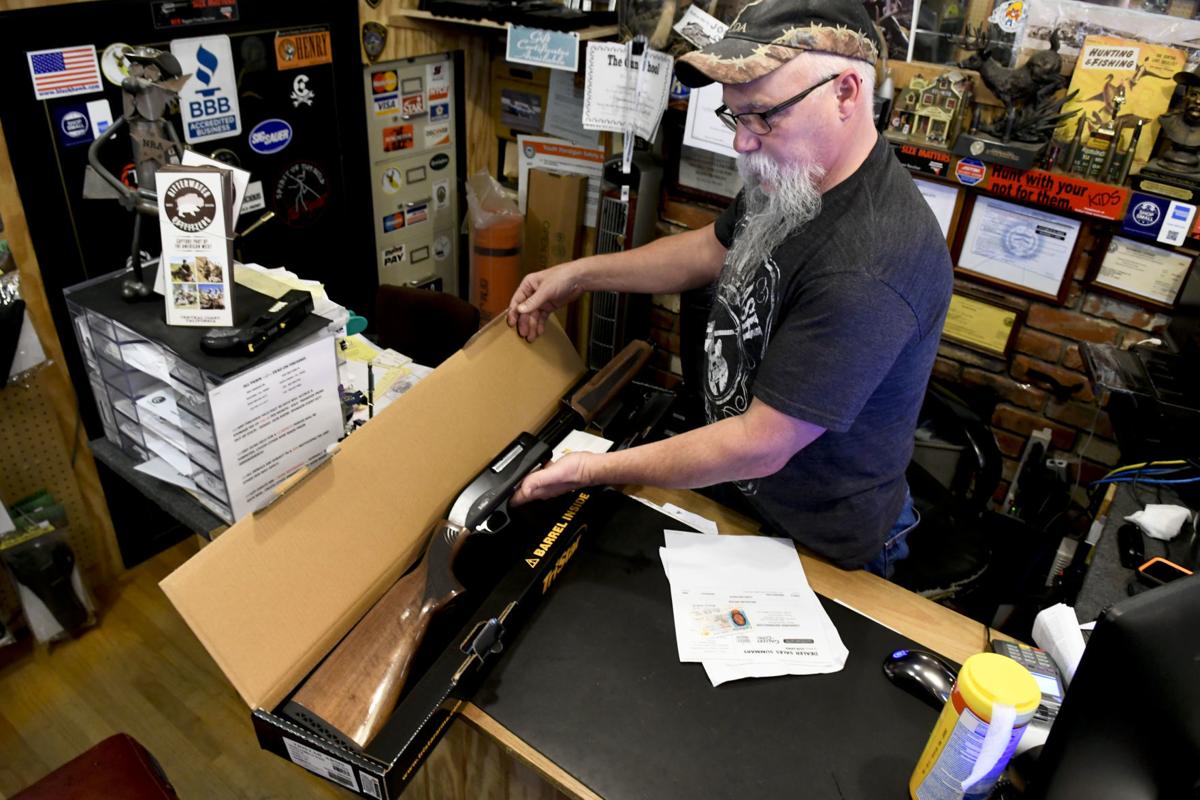 Herb Crowley, the owner of Dead On Firearms, checks a new shotgun ordered by a customer, at his Orcutt store. 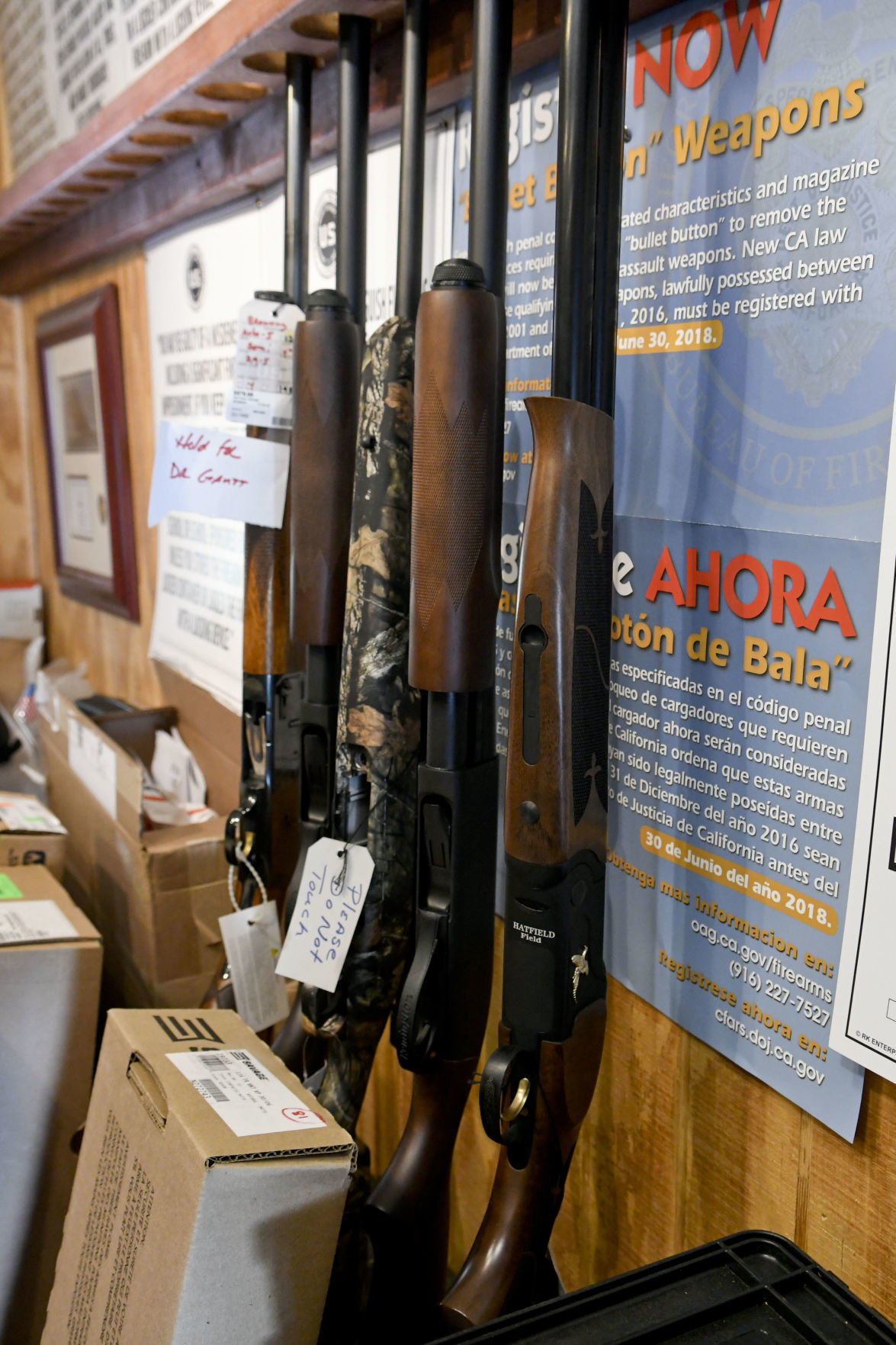 Purchased guns are racked and waiting to be picked up by customers at Dead On Firearms, in Orcutt.

Business is brisk at local gun stores, as it has been across the nation, and depending on who you talk to, COVID-19 is anywhere from a short-term uptick to a booming windfall for owners and dealers.

“I think it’s a little bit of both,” said Kevin Bozarth, the owner of Get R Gun in Santa Maria. “In the last two weeks, there have been 1.5 million first-time gun owners who have made a purchase in this state, according to registration figures from the state. I’m getting about 300 phone calls a week from people seeking guns.”

The coronavirus pandemic is getting much of the credit for the increased sales of handguns, shotguns and ammunition.

“I think people were in a panic mode for about two weeks,” said Herb Crowley, the owner of Dead On Firearms in Solvang and Orcutt. “Everything is selling pretty well right now. We saw an increase in sales but, hopefully, it will calm down a little.”

“We stay pretty busy all the time,” said John Perry, the owner of Range Master in San Luis Obispo. “Basically, we’re a law enforcement store and do most of our business with the police and sheriff.”

Gun shops that serve law enforcement, like Range Master, Dead On Firearms and Get R Gun, are considered essential businesses and are allowed to stay open during the pandemic.

“According to President Trump and the Department of Homeland Security, gun sales are a matter of national security, so it’s not even a question,” said Bozarth.

“We serve both the police and public and we can continue to do that,” said Perry. “But we’re practicing social distancing. We buzz people in and out one at a time to keep the numbers down. Our law enforcement business has stayed steady. Our business with the general public is up a bit but it’s not crazy.”

“As is typical of any national crisis, there seems to be an uptick in sales of guns,” said Robert Huguenard, the owner of Coastal Professional Services, a home-based firearms sale and gunsmithing company in Nipomo. “I sell about 400 guns a year. That’s more than some stores.

“If you look at the state gun registration numbers, there are typically between 1,500 and 2,500 backgrounds checks done in the entire state each week. It’s spiked over that for a couple weeks. By and large, the people who are buying now were going to buy anyway. This coronavirus situation is just a catalyst to making that purchase.”

“Some of it is from people who have been thinking about purchasing a gun for some time but for many of them, they just decided to buy a gun since the pandemic began. It will get back to normal fairly soon,” said Bozarth. “A lot of these new owners are the same people who voted for all the gun laws. Some of them want to take the gun home with them right away. When we explain the background check, some say they want to use the ‘gun show loophole.’ There is no gun show loophole.”

It takes 10 business days from the time a gun is purchased until it is released into the new owners’ possession after a successful background check.

What is more concerning to the store owners is a disruption in the supply chain.

“Some gun manufacturers, like Kimber in New York, have had to close down for now to protect their employees,” said Perry. “And we’re seeing some production slowdowns as other companies work with leaner staffs. But there is no reason to panic, supplies are good.”

“We’re still replenishing our supplies of 9mm and 223 ammunition. Right now, they’re all gone,” said Crowley. “But that’s because of the shot shows in January and February. People stock up at those shows and a lot of gun stores have run out of the most popular sizes but the supplies will come back soon.”

“The price of ammunition is a big concern,” said Bozarth. “There’s one distributor in Los Angeles who has raised prices 160 percent. We’ve been driving up to the Reno area to pick up ammunition for five different stores. Their prices are up, too, by about 20 percent.

“We’re about to make another trip, this time to pick up about 700,000 rounds. The majority of it is pre-sold.”

All the gun store owners share a concern about gun safety.

“A lot of people are very uneducated about firearms,” said Bozarth. “You can’t just buy a gun and think you can protect yourself. It takes training. We’ll all point you in the right direction to get that training.”

Photos: California prepares for coronavirus surge in week ahead

Effective Wednesday, April 1, the park will be open from Wednesday to Sunday and the entry fees of $3.75 for adults and $1.60 for seniors will be waived for the immediate future.

Herb Crowley, the owner of Dead On Firearms, does paperwork in his store inside All Pawn in Solvang.

Some of the few remaining pistols are displayed at Dead On Firearms in Solvang.

Herb Crowley, the owner of Dead On Firearms in Orcutt, talks to a customer who was preparing to take the Firearms Safety Certificate to purchase a gun on Tuesday.

Herb Crowley, the owner of Dead On Firearms, checks a new shotgun ordered by a customer, at his Orcutt store.

Purchased guns are racked and waiting to be picked up by customers at Dead On Firearms, in Orcutt.