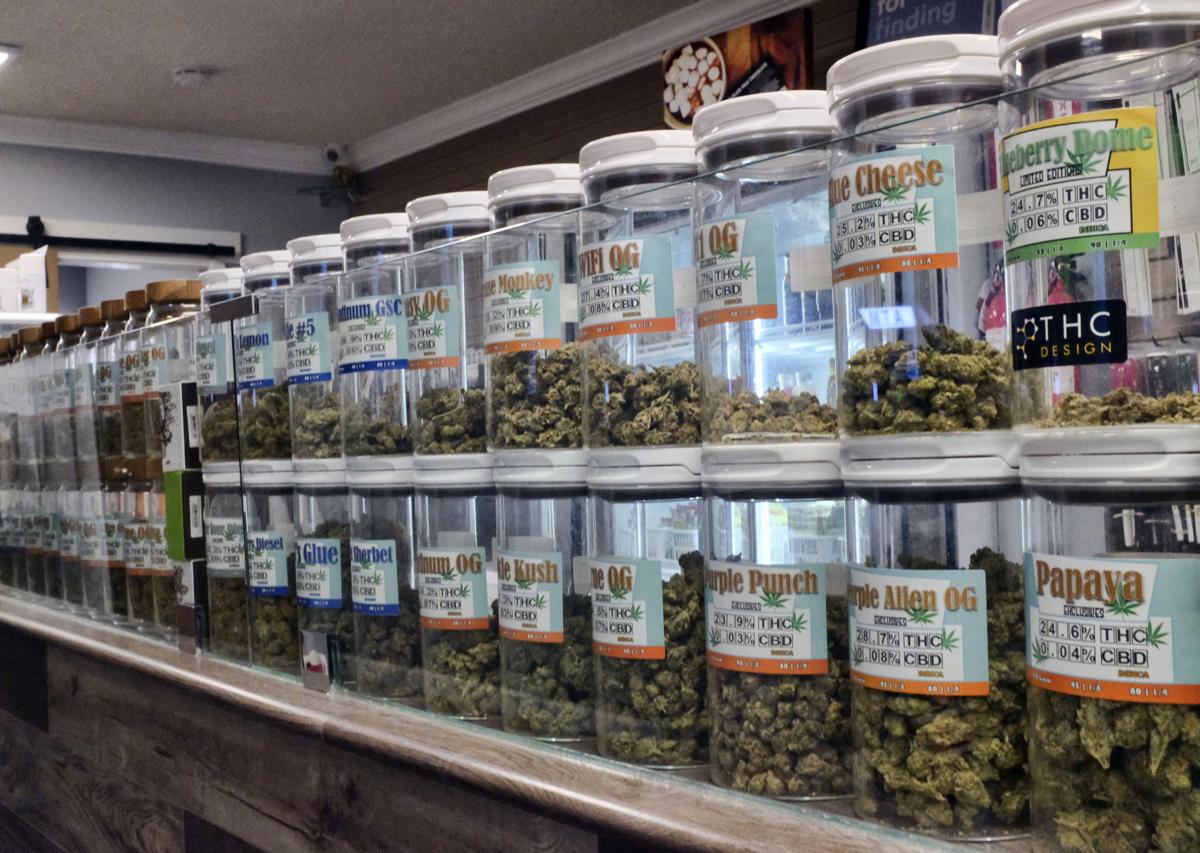 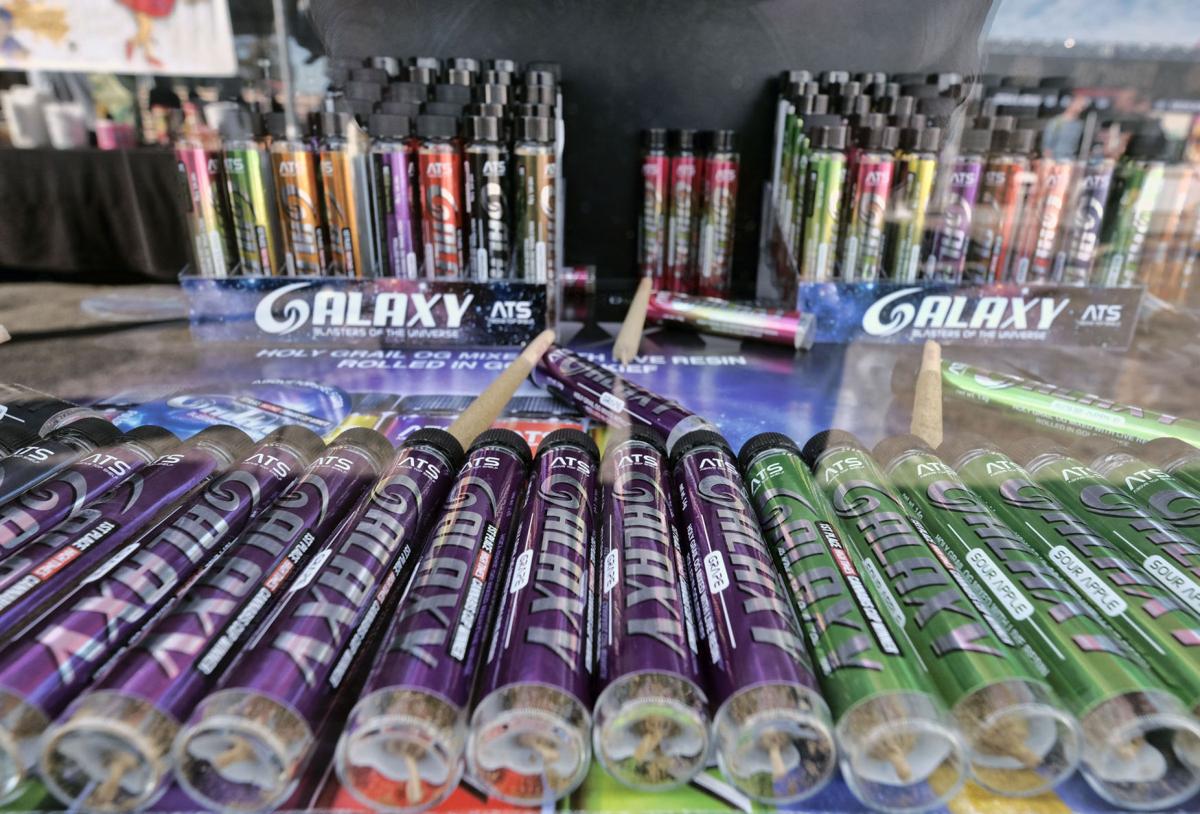 In this Nov. 11 photo, pre-rolled marijuana cigarettes are displayed at the Galaxy Company's booth at the High Times Harvest Cup in San Bernardino.

It’s been 21 years since Californians made it “legal” to use marijuana for alleviating severe medical symptoms by passing Proposition 215, the Compassionate Use Act.

But it took seven more years for Senate Bill 420, the Medical Marijuana Program Act, to be signed into law, allowing patients and caregivers to grow and distribute medical marijuana collectively as nonprofit organizations.

The laws essentially served as a defense against prosecution rather than providing a legal structure for business operations.

Then in 2015, Assembly bills 266, 243 and Senate Bill 643 were signed into law to create a comprehensive state system for regulating medical marijuana with 17 license types, including cultivation, manufacturing, retail sales, transport, distribution, delivery and laboratory testing.

In January 2016, Senate Bill 837 changed the name to the Medical Cannabis Regulation and Safety Act, often referred to as MCRSA, and gave state agencies two years to develop state licensing regulations and procedures, although complicated restrictions to prevent vertical integration would allow operators to hold licenses in only two categories.

To give themselves more time to develop permanent regulations and taxation systems, many cities and counties passed urgency ordinances banning outdoor cultivation for personal use and almost all other operations except delivery.

Santa Barbara County was among them. In January 2016, supervisors approved Title X, a county code banning the cultivation, processing and storefront dispensing of medical marijuana with two exceptions: Individuals were allowed to grow a limited number of plants for personal use, and medical marijuana plantations operating prior to Jan. 19, 2016, in compliance with state laws were considered legal nonconforming uses.

Just as it seemed the state and local jurisdictions were smoothing out the wrinkles in medical marijuana, voters in November 2016 passed Proposition 64, officially the California Marijuana Legalization Initiative, but referred to by supporters as the Adult Use of Marijuana Act, or AUMA.

Prop. 64 allowed California and its counties and cities to tax and regulate cannabis for personal recreational use, although it didn’t provide any regulations needed to do that.

In spring 2017, draft regulations for medical marijuana were released for public comment by the Department of Food and Agriculture’s CalCannabis Cultivation Licensing program, the Department of Consumer Affairs’ Bureau of Cannabis Control and the Department of Public Health’s Manufactured Cannabis Safety Branch — the three state agencies responsible for regulating and licensing cannabis.

But in late June, the Legislature passed and the governor signed into law the Medicinal and Adult-Use Cannabis Regulation and Safety Act, or MAUCRSA, which creates one regulatory system for both medicinal and adult-use recreational cannabis.

Under the state system, cannabis operators must obtain a local license and any necessary permits before they can apply for the state licenses.

California has already started issuing temporary licenses, good for 90 days with an option for an extension, with permanent licenses to be issued later this year.

Santa Barbara County is working on ordinances as well as licensing and taxation programs that will apply to both medical and recreational cannabis.

Depending upon the specifics of the final regulations, some medical marijuana operations deemed legal nonconforming uses may be exempt from such requirements as zoning.

More in Lee President's Award - Green Rush in the 805?: Cannabis on the Central Coast - Looking at land use, money, science, law enforcement and education (3 of 30)

Police are searching for a suspect who allegedly brandished a firearm and robbed an Oceano gas station of cash on Monday morning, according to a San Luis Obispo County Sheriff's Office spokesman.

In this Nov. 11 photo, pre-rolled marijuana cigarettes are displayed at the Galaxy Company's booth at the High Times Harvest Cup in San Bernardino.