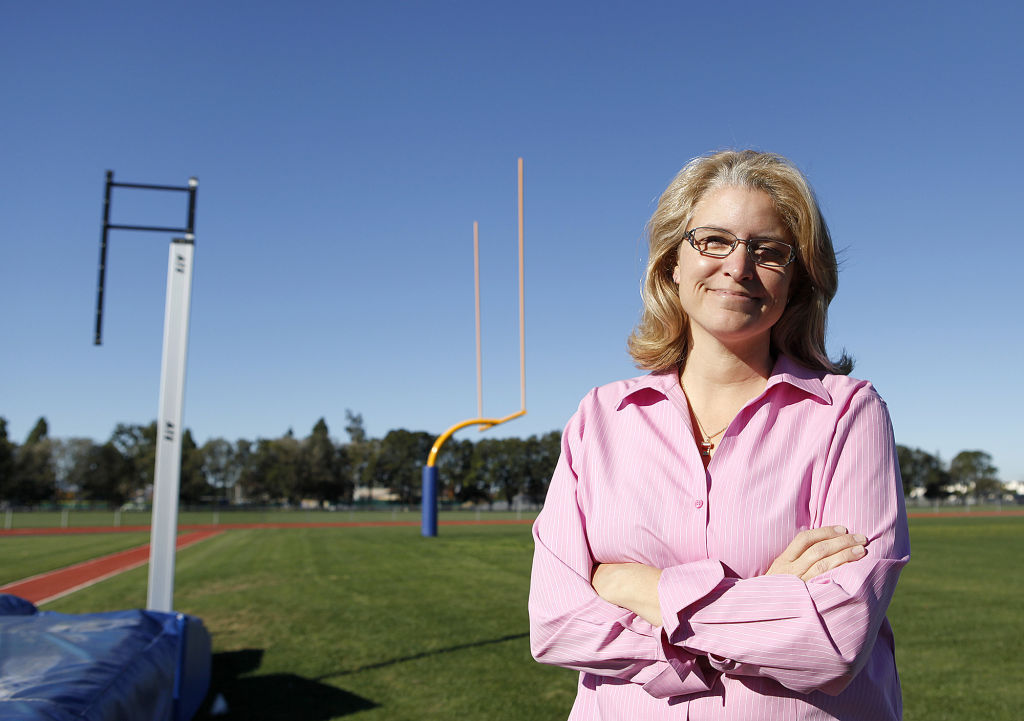 Kim Ensing has been the athletic director and an associate dean at Hancock College since May 2008. Ensing said the school will not change its stance against recreational marijuana use despite Proposition 64 going into effect Jan. 1. 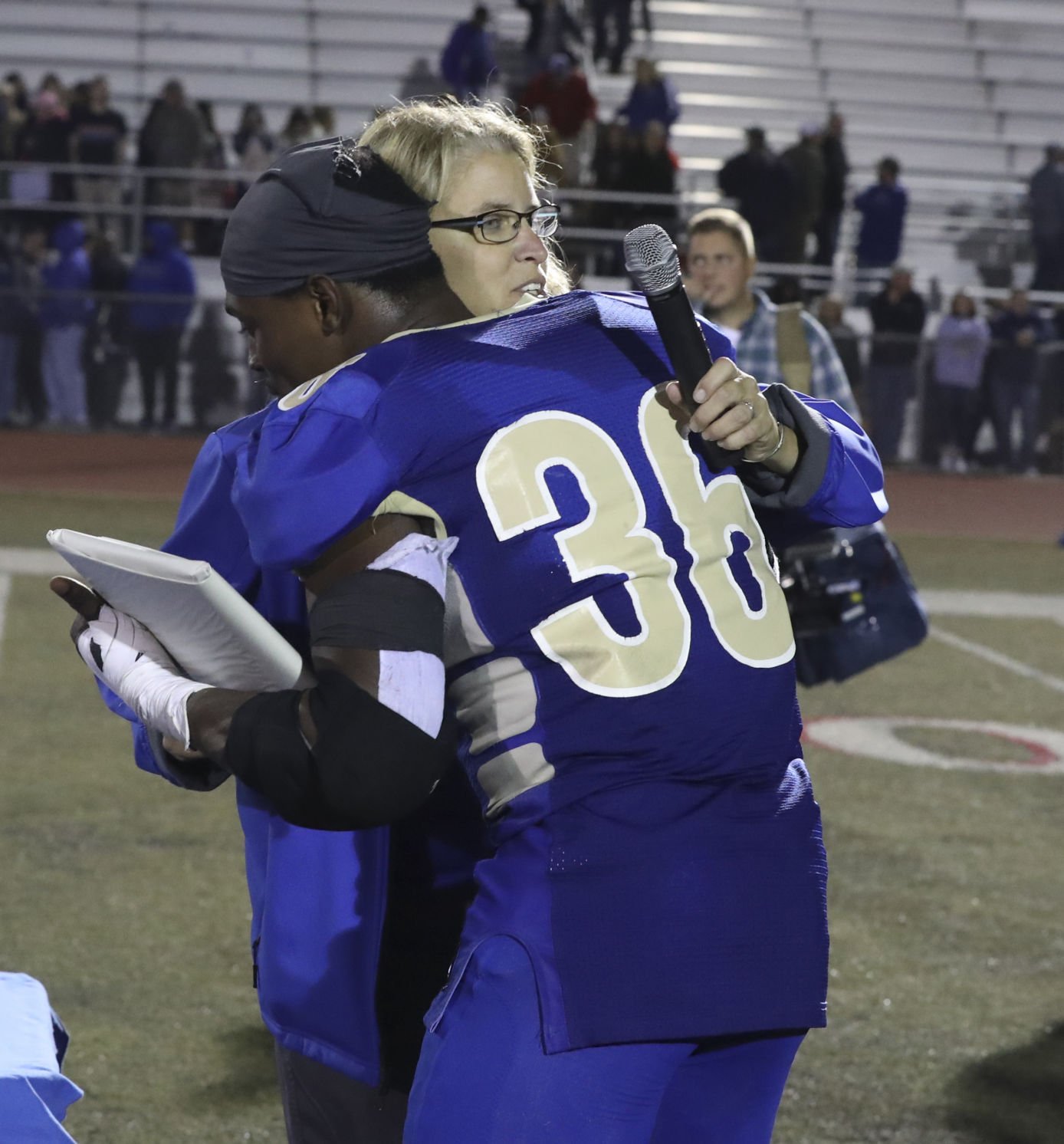 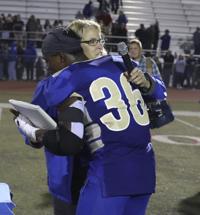 Kim Ensing has been the athletic director and an associate dean at Hancock College since May 2008. Ensing said the school will not change its stance against recreational marijuana use despite Proposition 64 going into effect Jan. 1.

Only a handful of California's 114 community colleges run drug-testing programs for student-athletes, and Hancock College is one of them.

Hancock started its program, which involves random tests of student-athletes for street drugs, shortly after Athletic Director and Associate Dean Kim Ensing assumed her position in 2008.

Ensing said the program, which she believes is one of only three in the state, is aimed at preparing students for a four-year university environment and emphasizes education and counseling for those who are found to be noncompliant.

Ensing said she doesn't expect to see an increase in noncompliance after recreational marijuana is legalized for those 21 and older, and that the law change doesn't affect her athletic department's stance on marijuana use.

Hancock's staff consistently emphasizes appropriate decision-making to student-athletes when they are away from the playing field, she said.

"There is an expectation at the next level, at universities and four-year schools, that student-athletes conduct themselves appropriately," Ensing said. "The drug-testing program is consistent with the environment and testing programs among those schools.

"Our primary goal is to place student-athletes in four-year programs. This is a component of that effort."

The cost of testing is the primary deterrent for most community colleges in the state, according to Ensing, who noted that athletic programs at the four-year university level feature comprehensive drug-testing programs.

"The goal of the (Hancock) program remains the same today as day one: giving student-athletes reason to say no and to give them the best possible opportunity to succeed and transfer to a four-year university," Masuda said. "Once they transfer to a four-year university, they will already have experience with a testing program and the responsibilities associated with one."

Masuda said the college randomly tests up to 35 percent of the entire student-athlete population during a given year.

"It all depends on the budget and available funding for the testing program," Masuda said. "During the fall semester, there was 100-percent compliance and zero positive results."

Masuda said individual "testing data and results are strictly confidential because they relate to a student’s medical history in compliance with the Family Educational Rights and Privacy Act (FERPA)."

"We had random drug testing throughout the season, but I was never selected to do so," said one former prominent Hancock athlete, who spoke on the condition of anonymity. "I don’t believe anyone had failed the test, but that’s just from what I heard."

The same former student-athlete said he was aware of teammates and other athletes at the school using marijuana.

"Yeah, of course," the athlete said when asked if he knew of teammates using marijuana. "The ones that got tested weren’t really using."

Another former athlete said players were only tested during the season.

"They tested randomly, probably like two times a year," said the former Hancock athlete, who also spoke on the condition of anonymity. "If your name was on the list, you're to test immediately that day. I never had to test, no. And they only tested during the season. They never tested in the off-season."

Another former Hancock athlete, who went on to compete at a four-year school, said he also was never tested, and never experienced a teammate or other student-athlete failing a test.

"I was never drug tested," he said. "I never heard of anyone punished for failing either."

Ensing said the school's student-athletes are taught to engage in the right behavior, and that won't change after Jan. 1.

“We emphasize appropriate behavior with our student-athletes every chance we get, no matter what," Ensing said. "So for us, we would not be deterring that effort at all.

"Let’s just say we wake up tomorrow and the drinking age is 16, we still would not support student-athletes' abuse of alcohol. We are constantly emphasizing good personal work habits."

Ensing said the legalization of marijuana will have limited impact. College-age adults will still make their own decisions, no matter what the laws are in the state, Ensing said.

Ensing reiterated that college athletic programs, and employers, have guildelines and rules that differ from the state's.

“All the athletic governing bodies have guidelines for student-athletes relative to drug and alcohol use and that is no matter what the law is," Ensing said. "Even though drinking alcohol, you’re allowed to do it when you’re over 21, 99.9 percent of the athletic arena in college sports do not allow student-athletes to behave in such a way that will hurt their opportunity to be a successful student-athlete.

“My personal feelings aside, I view the marijuana issue in the same regard. So whether it’s legal or not, athletic associations all across America have guidelines in place, as do we, as far as appropriate personal behavior to make yourself a successful student and a successful student-athlete.”

More in Lee President's Award - Green Rush in the 805?: Cannabis on the Central Coast - Looking at land use, money, science, law enforcement and education (21 of 30)