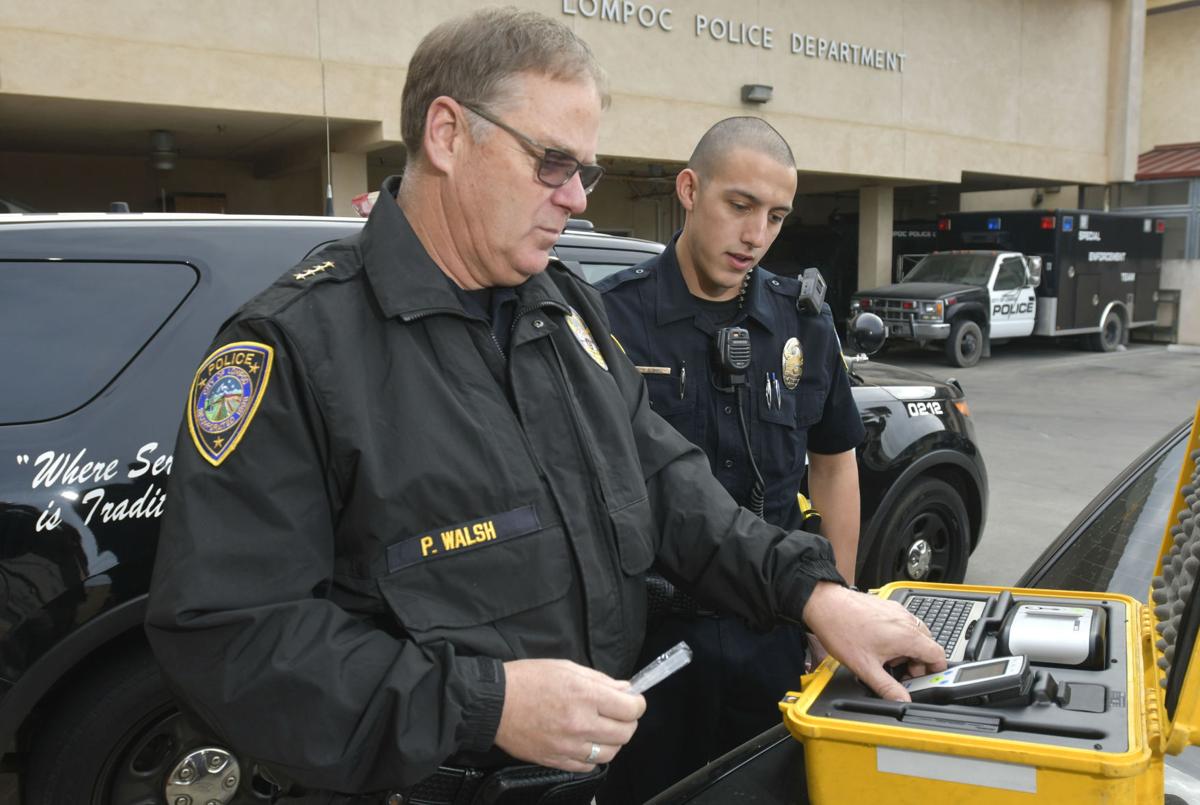 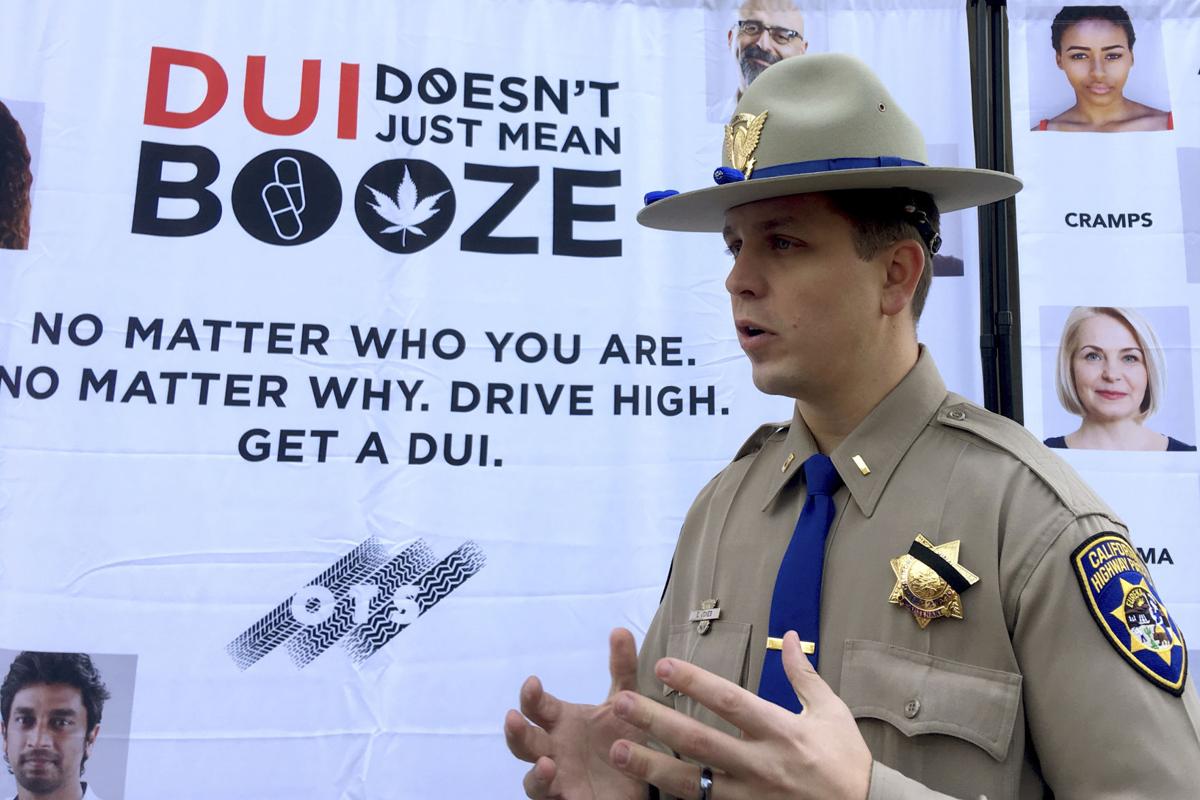 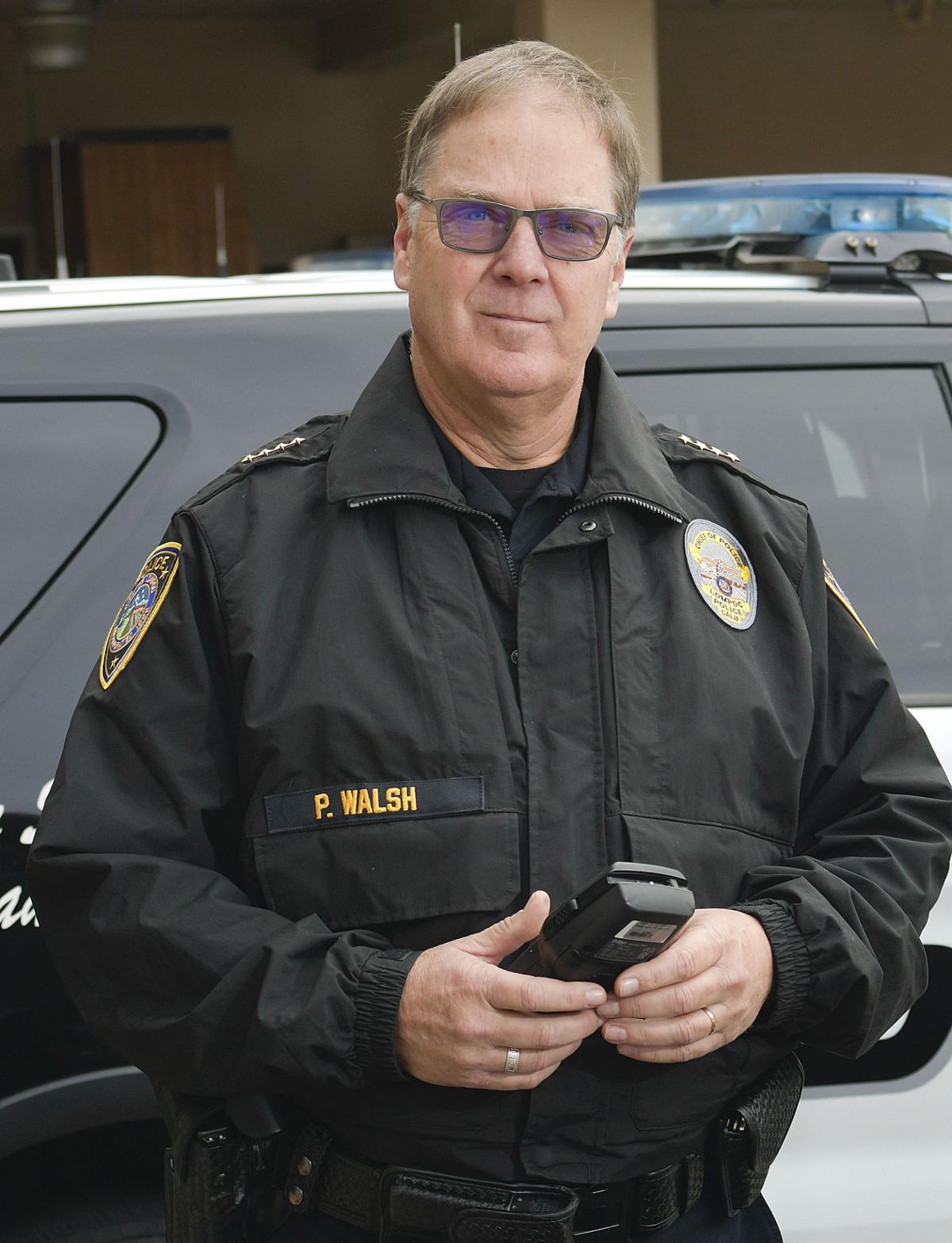 As California moves closer to legalization of marijuana use and sales, there are many different groups — including medical users, adult recreational users, business owners and employees within the industry — that are keeping close tabs on the constantly evolving regulations.

One of the most interested are the men and women in the law enforcement community, many of whom have spent their professional lives working to eradicate the formerly illegal substance.

Now, with adults being able to grow and consume cannabis, and businesses set to open up shop and sell the versatile plant throughout the state, many law enforcement leaders have a long list of concerns.

“There’s gonna be problems,” Lompoc Police Chief Pat Walsh said very matter-of-factly. “Any time that you take an illegal substance and make it legal, and any time that there’s money and value to the product, then you’re gonna have opportunists and people try to take advantage of it.”

Purveyors of marijuana and law enforcement officers have long been at odds, but now the two sides will look to work together to protect what will be the largest legal cannabis industry in the United States.

Lompoc, like most other cities and counties in California, has spent considerable time over the past year hashing out ways in which marijuana and related commerce will be regulated within the city.

Although Walsh remained steadfast in his belief that Lompoc should put the brakes on inviting the marijuana industry into town, one of his first suggestions to the city was to develop a coalition comprised of public safety officials, cannabis industry insiders, and even people outside the industry who have an interest.

“That way we could get together quarterly … and we can come to a compromise and they can police themselves,” he said, referring to the business owners. “A coalition of people who can have a meaningful conversation, not an adversarial one, and we can all sit around the table and fix problems that come up.”

Two of Walsh’s primary concerns, which have been expressed by law enforcement leaders around the state, are that his department will see a significant rise in calls related to marijuana — he maintains that calls have already gone up — and that his department will have to train officers to enforce the new state laws that are outlined in Proposition 64, which legalized adult use of cannabis with its passage in November 2016.

While the state laws are written in black and white, Walsh said there are still a lot of gray areas, and that the job of educating the public about the nuances of the laws will fall primarily to police officers.

“The law is pretty cumbersome and people aren’t gonna read it or understand; they’re gonna interpret it in their own way,” he said. “So, a lot of the education piece will fall to the police.”

As an example, Walsh pointed to a recent conversation he had with a resident while he and other officers were investigating a crime scene. The resident’s car was parked in the crime scene area and Walsh said he had to tell the resident that the car couldn’t be moved until the investigation was closed.

During the course of their discussion, Walsh said he quickly determined that the resident was “extremely under the influence of marijuana.”

“He smelled like it, bloodshot eyes — I mean all the symptoms were there,” he said.

Walsh said he told the man that he couldn’t drive the car regardless because he was high, to which the man allegedly admitted to being high but maintained that he was fine to drive. The two had a back-and-forth about it, but Walsh said the resident was adamant that he could drive since marijuana was now legal.

“There are people that have that viewpoint,” Walsh said. “Trust me, he couldn’t have driven that car if he wanted to. He was that high.”

Training officers to determine whether someone is too high to drive will be a cost absorbed by law enforcement agencies throughout the state. Just how much that cost that will be has yet to be determined, but Walsh said training will be necessary in order for officers to provide witness testimony in court.

That ability to testify, he said, is critical because marijuana intoxication is much harder to prosecute than alcohol intoxication.

“We don’t have a test for marijuana yet,” Walsh said, noting that presently there is no way to provide solid evidence. “I can take your blood and tell the judge you had THC in your blood, but you can go to court and say, ‘Yeah, I smoked a week prior to him stopping me.’ So there’s a big cart-before-the-horse in the area of driving under the influence for just marijuana.”

While there are no definitive numbers for so-called drugged driving — due in part to an inability to determine when exactly a person ingested marijuana, which can remain in one’s system for up to 77 days — Walsh said he’s had discussions with his counterparts in Washington, Oregon and Colorado, all of which legalized cannabis before California.

Data released last year by the Cato Institute, a libertarian think tank headquartered in Washington, D.C., suggested that marijuana legalization appeared to have had little impact on traffic fatalities in Washington state and Colorado from 2015 to 2016. The Drug Policy Alliance, which has a stated mission to “reduce the harms of both drug use and drug prohibition,” reported similar findings for 2014.

Both states legalized recreational marijuana in 2012.

Although those studies showed minimal effects on traffic, Colorado did experience a 3.4-percent spike in overall crime in 2016, which was an increase 11 times the national average, according to the Denver Post. Some within the state attributed that jump, at least in part, to legal marijuana, but others pointed to declining economic conditions and rises in usage of illicit drugs like heroin.

Still, Walsh said law enforcement officials from those states have reported a rise in alcohol consumption since marijuana legalization. Walsh, in relaying those conversations with other law enforcement leaders, attributed that alleged rise to an increase in marijuana use, which can lower inhibitions and lead people to consume more than one type of intoxicant.

“I worry about drugged and drunk driving increases and what that might mean for my town,” he said.

While officers will continue to adjust and respond to changes in the laws, many already in or looking to enter the cannabis industry seem agreeable to working with police.

Mark Ashamalla, who plans to open a cannabis retail business in Lompoc, said he is all for opening his doors and his books to law enforcement.

“We want to have a healthy relationship with the community and the police,” he said. “That’s why I don’t understand the opposition to this (industry). Why wouldn’t you want that, instead of a 17-year-old dealing in the alleys to the kids?”

Under the rules of Prop. 64, marijuana businesses will be required to have video surveillance and on-site security. The surveillance cameras will also need to be able to be monitored remotely.

Lompoc resident Richard Smith, who has run a marijuana delivery service since 2015, is also looking to develop a retail storefront and said he, too, is looking forward to partnering with police on security measures.

“We’re not shady like cartel businesses and gangsters,” he said. “I have a college degree and I worked in the corporate world for 17 years. I’m a family man who was born and raised here in town. We’re not bad people.”

Smith said he sees the required security measures and potential partnerships with law enforcement as beneficial for the marijuana industry.

“I’m just glad I’ll have similar protections as other businesses in town, so I can call law enforcement if someone were to break into our manufacturing facility and rob us,” he said. “I can give them a videotape and have a higher hope that they’re gonna go and track them down. Whereas before, you’re not gonna call law enforcement. They don’t care about us right now; not until the law says they have to do so.”

Walsh said he and his officers will be available to advise and help business owners implement their security strategies. He said that, first and foremost, he would recommend strong camera positioning, security locks and secure buildings.

He also suggested good lighting to discourage “opportunists” and “if you’re gonna deliver marijuana in a car, don’t have a big advertisement on it.”

Additionally, he said he’s hopeful that businesses will create secure pathways for people to safely deliver cash and products into and out of buildings.

“If you have to walk 50 feet through a parking lot to your car with a bag of money or a bag of weed, that’s 50 feet that somebody can rob you or knock you over and take your stuff,” he said. “So why not have a situation where you create a security protocol for those types of things? That’s where police can kind of advise in that area.”