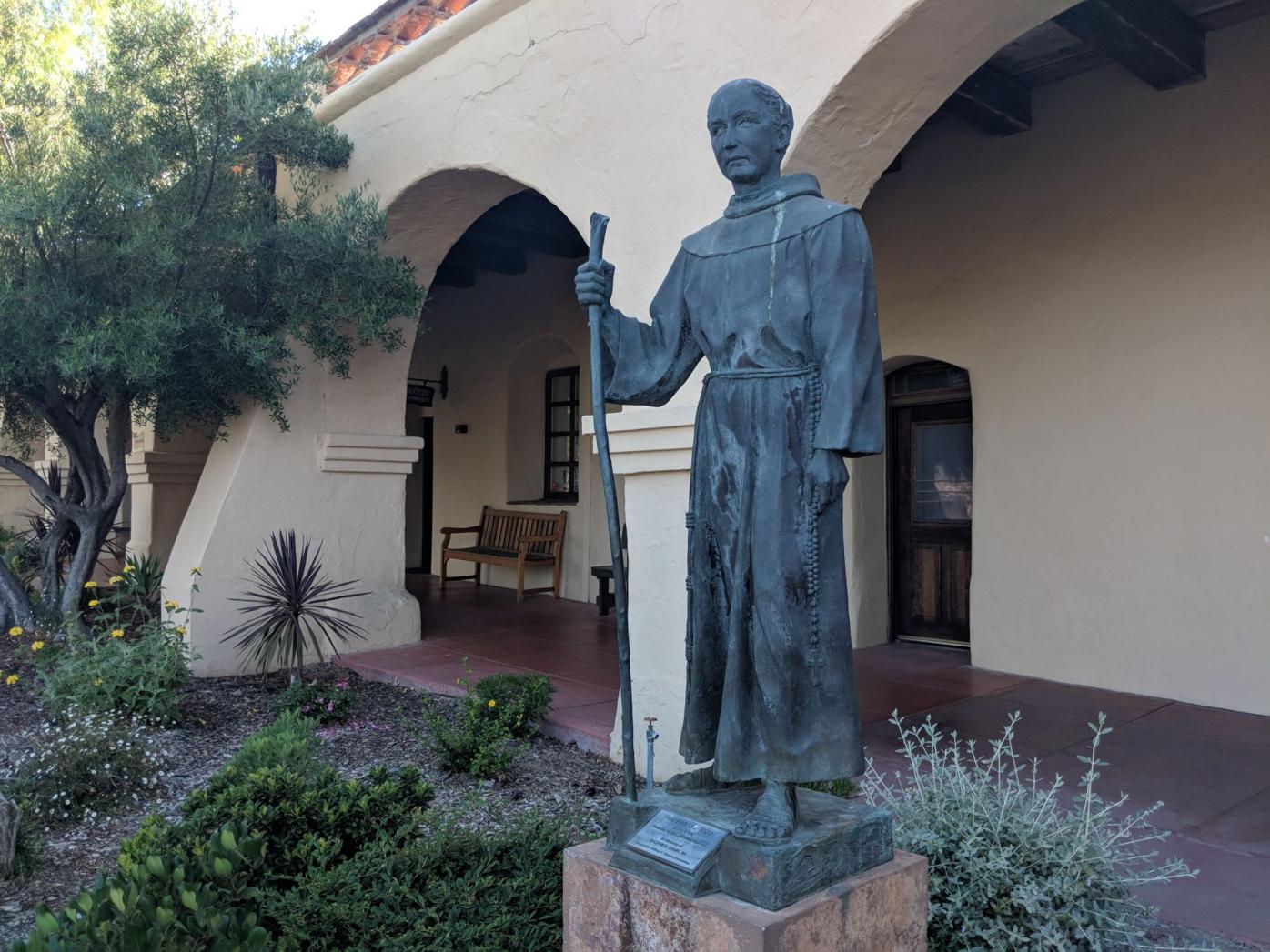 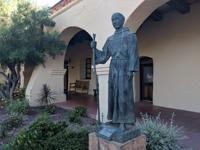 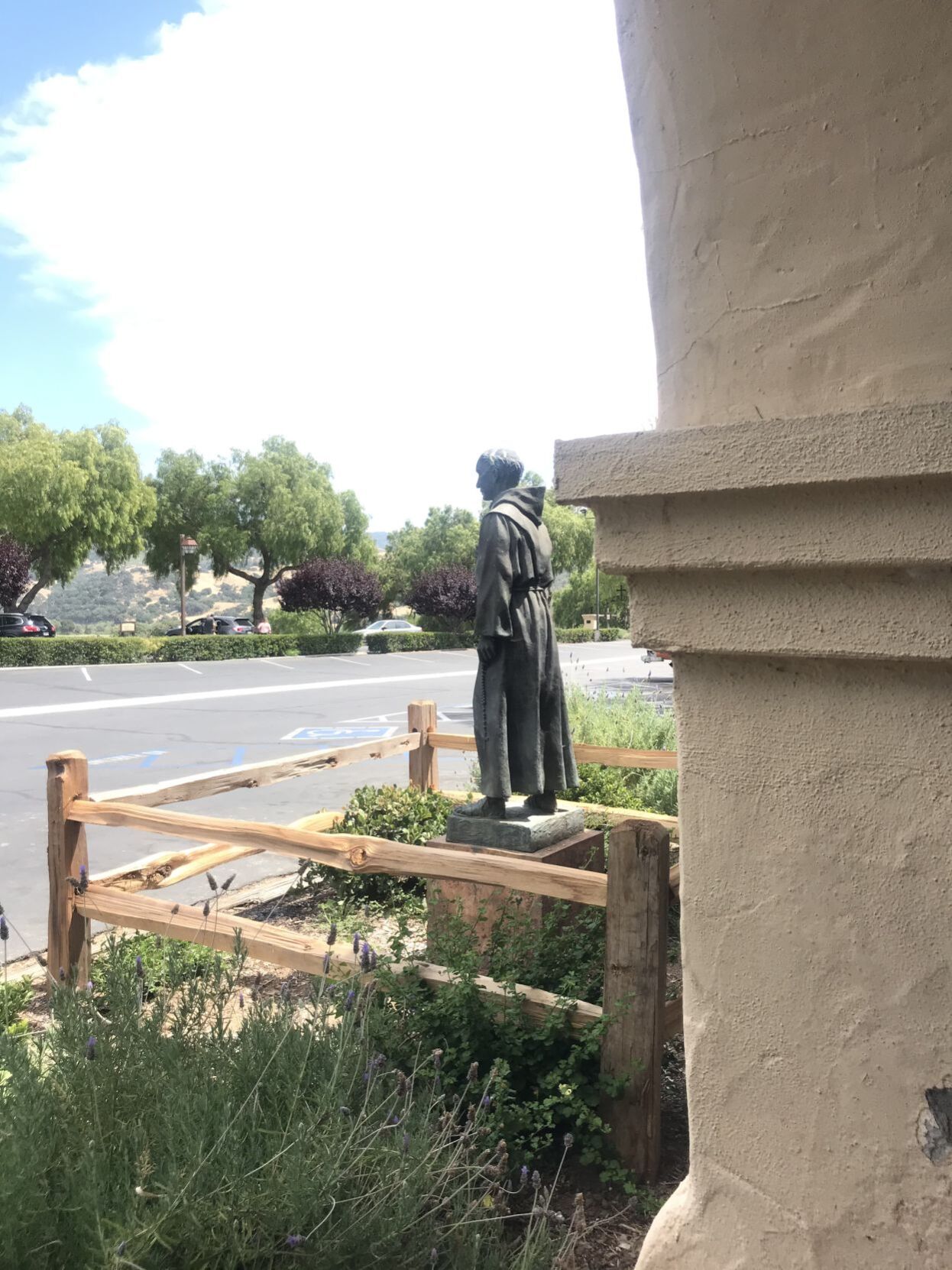 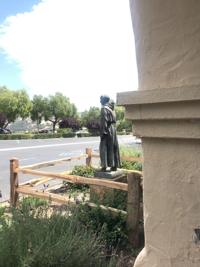 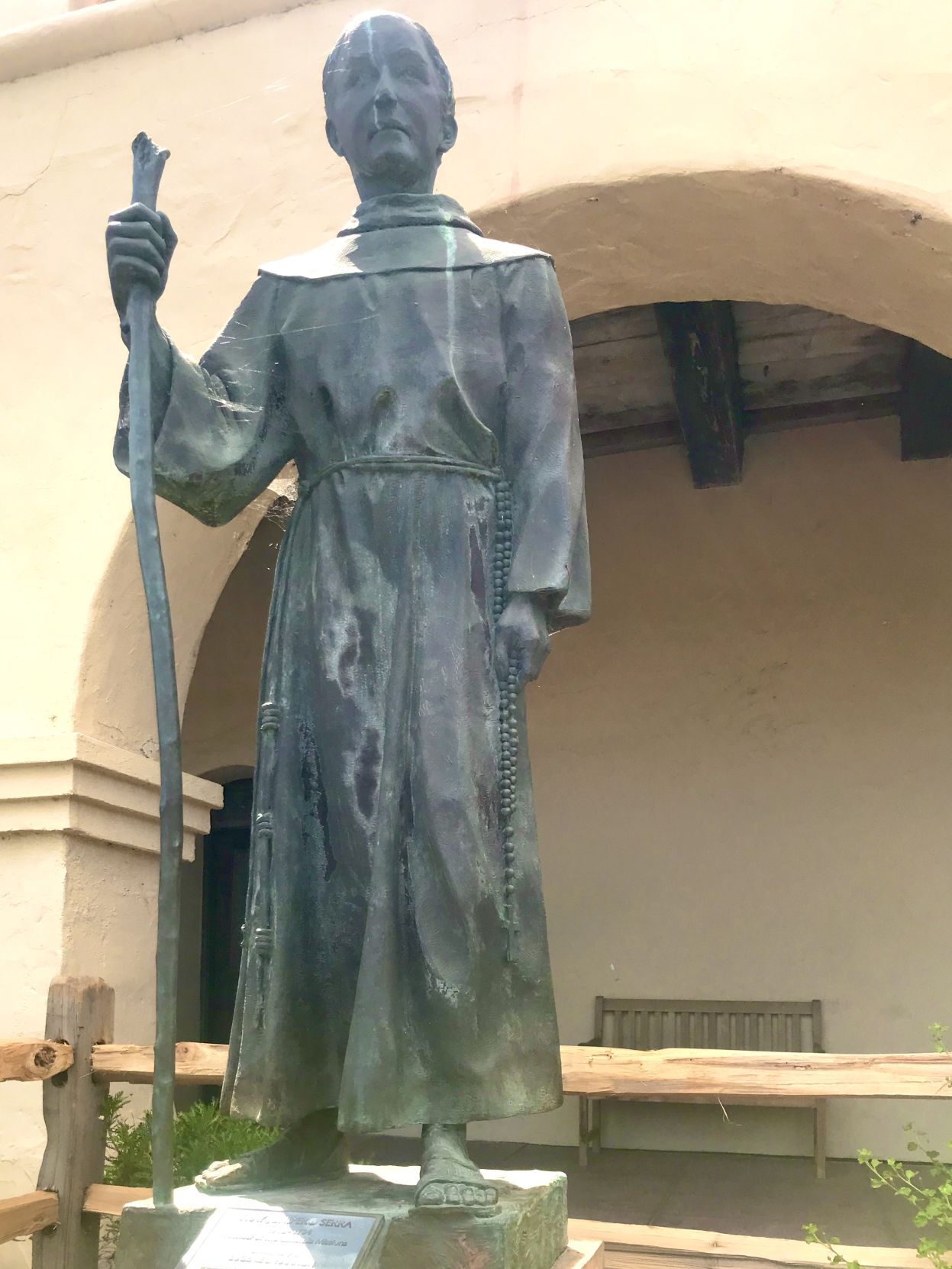 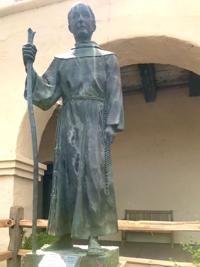 The Archdiocese of Los Angeles has announced that Solvang's Friar Junipero Serra statue located at the entrance to Mission Santa Inés will remain on mission grounds despite a petition calling for its removal.

In their statement, archdiocese officials explained the statue is not a historical monument or civic memorial but "an image of a saint set to encourage us to treat one another with love and respect as our Catholic faith teaches us."

"As a place of worship for thousands of Catholic faithful, we respectfully must affirm our First Amendment right to keep the statue of St. Junípero Serra safely on our mission grounds where it stands and where the faithful can visit and venerate it," the statement read.

Lompoc resident Maurissa Vigil, 26, a Black Lives Matter organizer who is spearheading the appeal for the statue's removal, said that as of Sunday a petition launched via Change.org has reached over 1,000 signatures. The initial goal was 500.

There are many historians who have written about Junipero Serra, taking various stances regarding his life and legacy.

A well researched book from 2015 is "Junipero Serra: California, Indians and the Transformation of a Missionary," by respected historians Rose Marie Beebe and Robert M. Senkewicz.

In speaking about interviews done in 1986 when Serra's beatification was being proposed, they note "[t]he interviewers insisted, correctly, that there was little evidence that Serra himself personally abused the Indians with whom he directly dealt and that there was also little evidence of widespread forced conversions during the time he was missionary president."

You might also look up some of the work by Dr. Ruben Mendoza of Cal State Monterey Bay.

"Solvang is a tourist town and having a statue of a murderer sends the wrong message to visitors and residents alike," Vigil said, referring to historical findings on Serra that point to his mistreatment of Native Americans during his ministry between 1769 and 1823, during which he founded nine of 23 California Spanish missions and reportedly baptized more than 6,000 native people.

A peaceful protest calling for the statue's removal is set for Aug. 22, although a location has yet to be determined.

The Solvang statue has been the center of controversy as an increasing number of Junipero Serra statues located throughout California have either been removed, vandalized or relocated.

The Junípero Serra statue in front of Ventura's City Hall was recently relocated following public calls for its removal. The statue at Mission Santa Inés, however, is on private property over which the city of Solvang has no jurisdiction.

Solvang Mayor Ryan Toussaint said that it would be unconstitutional for the city to intervene in the matters of a Mission.

"Mission Santa Inés is not city-owned land," Toussaint said. "Also in Ventura, I believe that the decision was to relocate the statues, or at least one of them, to their mission, Basilica San Buenaventura."

Vigil now will redirect her petition from the city to the church, after claiming she received no response from Toussaint's office.

Kenneth Kahn, tribal chairman for the Santa Ynez Band of Chumash Indians, said the tribe is not affiliated with the petition and that members have no comment at this point.

He did confirm the tribe has begun a dialogue with the Archdiocese of Los Angeles about the future of the statue.

In their statement, archdiocese officials acknowledged that California's history, including the Spanish colonial era, presents issues that need to be discussed, especially the relationship between Indigenous peoples and those who came later from many parts of the world.

"[...] we want to express our concern and understanding of the pain expressed by some native peoples in California because of the crimes committed against their ancestors during colonial days," the statement read.

Archdiocese officials said they welcome continued dialogue with residents of the Santa Ynez Valley but maintain that "there is no historical support for the attack on [Junípero Serra’s] character found in the wording of the petition and subsequent statements."

Mission Santa Inés represents one of nine Spanish missions in California founded by Junipero Serra, there are 21 total, to serve as religious and military outposts to Spanish Catholics of the Franciscan Order between 1769 and 1823.

MARK JAMES MILLER As our national debate over the symbols of our past continues, finding a resolution will not be easy. Hopefully, out of the pain and deep divisions we now face will come a way to honestly remember our past and ensure that the wrongs that were done cannot be repeated.

With the objective of celebrating freedom for all during America's Independence Day, local rights group Colors of the Valley—also responsible for assembling the Buellton solidarity protest in June—organized a Pride March at Solvang Park on July 4.