After nearly two years of negotiation and discussion, the Santa Barbara Humane Society and Santa Maria Valley Humane Society announced a historic merger on Monday that will strengthen the reach of animal services in the county.

The joint organization will be an expanded nonprofit run out of both offices of the existing shelters, at 5399 Overpass Road in Santa Barbara and 1687 W. Stowell Road in Santa Maria.

The possibility of a merger between the two largest independent nonprofit shelters in the county has been in the works since the summer of 2018, when the Santa Maria Valley Humane Society started to experience shelter demands that staffing and funding couldn't quite meet, resulting in halts on veterinary care and animal transfers.

Before the merger, the two shelters were also put in a position where they were competing for the same funding and public attention, former executive director Sean Hawkins said in September.

“At one point this year, we were hiring a shelter vet, a shelter manager and volunteer director — so we’re competing against each other for the same talent, too,” Hawkins said in September. “At the end of the day, we have the same mission — to help dogs and cats. There’s a lot of reasons why [merging] is the smart thing to do.”

Hawkins submitted his resignation as executive director of the Santa Maria Valley Humane Society on Jan. 29 and will be taking on a position as the chief advancement officer for the Charleston Animal Society in South Carolina.

Kerri Burns, former executive director of the Santa Barbara Humane Society, will take over as president of the joint organization. She said that she and Hawkins, as well as the two shelter boards, discussed the partnership for months to find the best way to coordinate the merger.

"We worked diligently over the last 18 months to really make this happen," Burns said. "We're really excited about the future and helping more animals and people."

Burns added that as a combined shelter, community donations and funding will go much farther for the animals that need assistance and care, as well as the communities looking to adopt.

The merger has called for the creation of new staff positions that will represent both locations, including Vice President of Veterinary Medicine Katie Marrie, a former veterinarian with the ASPCA in Los Angeles, and Vice President of Campus Operations Dori Villalon, who previously worked as operations director for Santa Barbara County Animal Services.

On the road with Santa Barbara County Animal Services: Officer deals with strays, reflects on changes over years

Currently, the two shelter entities will retain their own names, and a new title for the joint organization will be ironed out later in the year, a shelter spokeswoman said.

Coordinating the two offices to work as one cohesive organization will be a process developed over the next year, according to shelter staff.

"We've announced the merger, and now it's going to be the infrastructure, aligning the staff and volunteers to align our mission, so we have a good foundation," Burns said.

However, shelter staff said the public should not notice any changes or delays in daily operations at each of the two offices during the transition.

“Other than combining staff and developing consistent operating procedures, the public will notice very little difference in services at the two campus locations right away. Across both campuses, our team remains committed to serving the distinct animal welfare needs of all our community members.” Villalon said.

Local shelter dogs and pets received lots of love at the Elwin Mussell Senior Center on Thursday during a pre-Valentine’s Day event offering low-cost adoptions and veterinary care as part of an effort to reduce shelter populations. 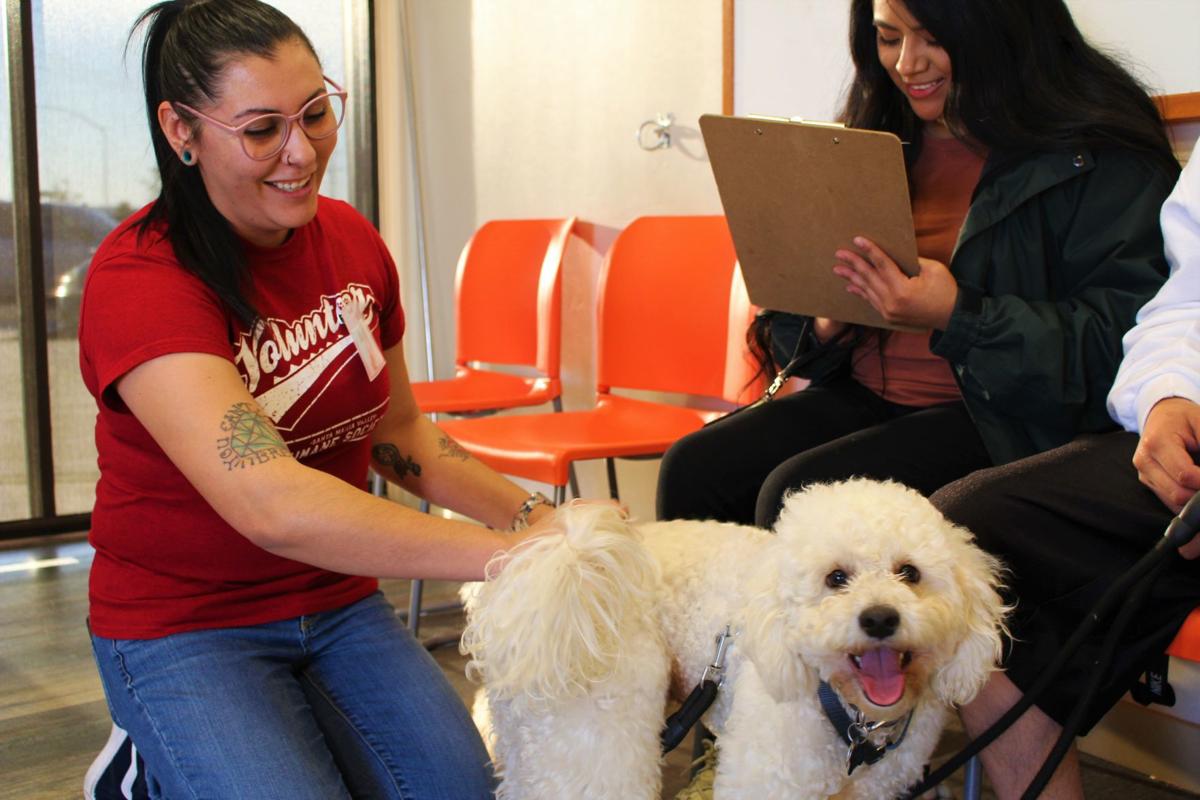 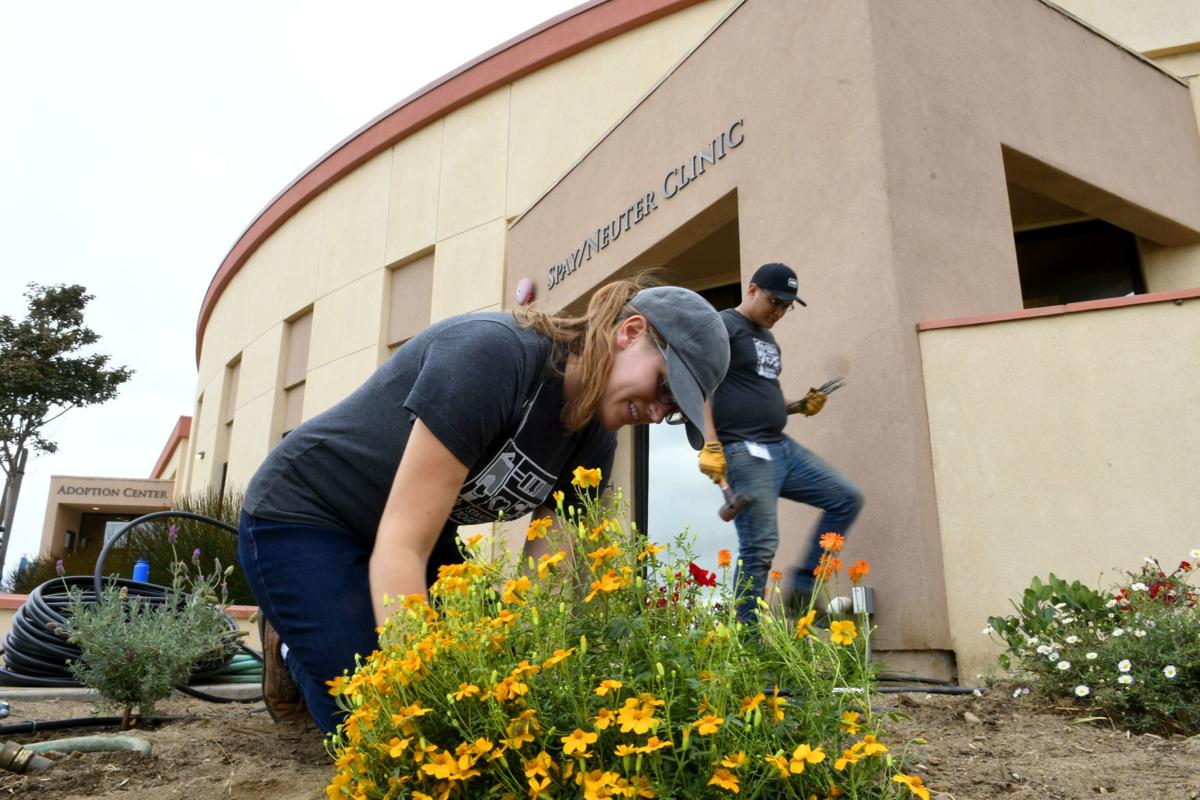 Julie Sainz, of Stantec, works on landscaping in September 2019 as part of the company's Volunteer in the Community Week.