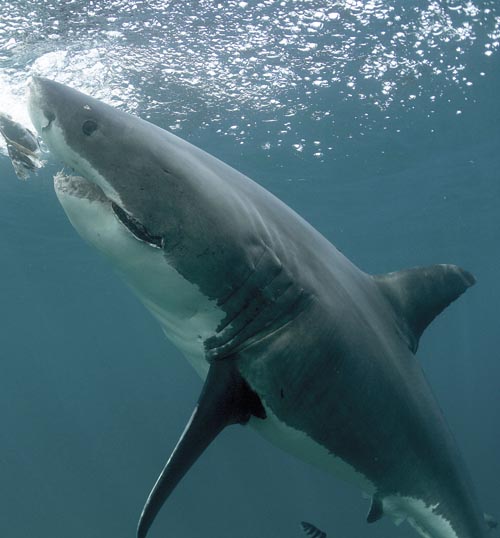 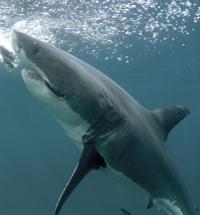 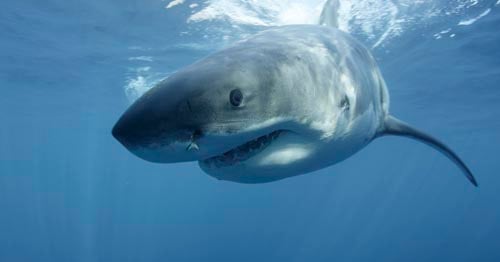 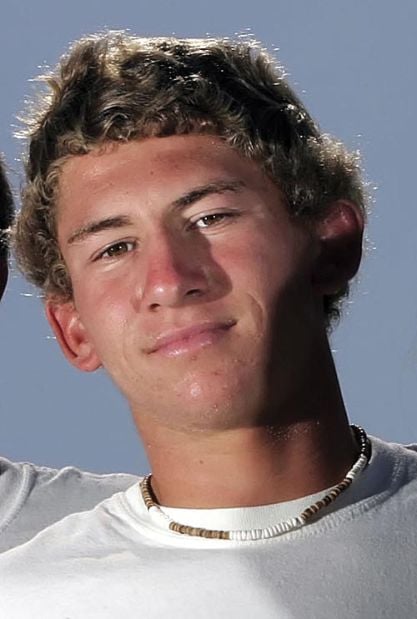 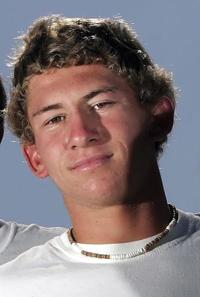 Lucas Ransom was attacked and killed by a great white while boogie boarding at Surf Beach on Oct. 22, 2010.

Lucas Ransom was attacked and killed by a great white while boogie boarding at Surf Beach on Oct. 22, 2010.

Jeff Kurr believes there is a serial killer who has already taken two lives on the Central Coast.

This isn’t a typical maniacal murderer. It’s a great white shark, approximately 16 feet in length, that is known to frequent Surf Beach west of Lompoc. Kurr’s theory and the investigation that led to it will be revealed on “Great White Serial Killer,” which will air at 10 p.m. Wednesday on The Discovery Channel.

Kurr, an Emmy-nominated filmmaker who hails from Newbury Park, has made roughly 30 shark-related documentaries since he got involved with The Discovery Channel’s wildly popular Shark Week. In fact, he’s produced five of the top 10 highest rated Shark Week episodes since the series began in 1991.

His latest effort focuses on sharks, but it’s a different kind of tale. This one focuses on the death of two surfers — Lucas Ransom and Francisco Solorio — at Surf Beach on Vandenberg Air Force Base.

“For me, it was a little bit of a departure. It’s normally a natural history lesson. This was more like a murder mystery,” Kurr said. “This story interested me because of some startling coincidences in the two attacks that sort of made me think you had a pattern going on there.”

Ransom, a curly-haired 19-year-old UCSB student from Riverside County, was attacked and killed about 100 yards off Surf Beach on Oct. 22, 2010, while boogie boarding with a friend.

The 39-year-old Solorio was killed Oct. 23, 2012, in the water off Surf Beach. The fun-loving husband and father of two young girls from Santa Maria was winding up a day of riding waves with friends and was trailing them to shore when the attack occurred.

Both men were pulled to shore by friends where they succumbed to their wounds.

During his investigation, Kurr interviewed friends of both Ransom and Solorio who witnessed the attacks. He interviewed several people from Lompoc, many of whom warned him away from waters at Surf Beach.

Kurr also interviewed shark expert Ralph S. Collier, who examined both victims. Collier said both were violent “predatory” attacks where the shark was feeding when it hit both men. They were not what he called “investigative attacks,” where a shark will swim by and bite something to find out what it is and get a taste.

Collier, who has spent more than 50 years researching shark behavior and is a leading authority on Pacific Ocean sharks, said he

“The shark that killed Lucas Ransom in October of 2010 was approximately 16 to 17 feet in length. The shark that killed Solorio two years later was between 15 and 16 feet,” said Collier, who based his estimates on comparison of bite marks. “The likelihood that the same shark came back is highly unlikely. Sharks don’t shrink as they get older. They tend to grow.”

Collier said it would be hard to determine the weight and length of the sharks that attacked both men. But he said he has examined two great whites caught off the California coast, both of which exceeded 19 feet in length, and both weighed more than a NASCAR race car. The largest, which was the biggest ever recorded off the North American coast, tipped a truck scale in Oxnard at 4,745 pounds.

Kurr said the similarities of the attacks are hard to ignore. Witnesses of each Surf Beach attack described similar scenarios where the shark came from below the victims and raised up well out of the water when it attacked.

He believes the timing of the attacks, the violence with which they occurred, and the location all add up to the attacks likely being done by the same shark.

Many great white sharks migrate up and down the West Coast from Farallon Islands, roughly 27 miles off the coast of San Francisco, to the warm waters off the Mexican coast. Researchers have tagged great whites with electronic monitors and have discovered they tend to have a two-year migration.

“They’re very precise and very accurate,” Kurr said of the shark’s migration cycle. “They often return a lot like a homing pigeon.”

Collier agreed that many great whites are on a two-year migration cycle but said many others linger along the coast, swimming from deeper waters to the shallow coastline to feed, which is another reason he thought the Surf Beach attacks were separate sharks.

“It’s very difficult to know exactly what’s going on,” Collier said. “These two specific attacks, I would categorically state that it would be highly unlikely that the same shark caused both attacks.”

Whether they are migratory or territorial, one of the things that might be bringing sharks, or one specific shark as Kurr believes, back to Surf Beach is demoic acid, which is produced by marine diatoms and is prevalent in high concentrations in the water off portions of the West Coast. The acid, which collects in dangerously high concentrations in shellfish, is toxic to fish and marine mammals.

“What happens is the seals and sea lions eat the fish and become kind of drunk and they hang around the surface,” Kurr said. “The white sharks have figured out that you have a lot of drunk seals in that area. Unfortunately, the guys who were killed happened to be surfing in that same area.”

While Collier’s examination of the attacks confirmed they were made by a great white shark, Kurr thinks that the two-year migration pattern, the availability of toxically inebriated prey and the estimate size of the shark — approximately 16 feet — point to the attacks being made by the same shark.

“It’s a massive great white shark and a rare shark because it takes a long time for them to grow that large,” he said, adding experts estimate there are only 200 to 500 great whites along the Pacific Coast. “It’s difficult for them to live that long. Very few sharks reach 16 feet plus. The list of suspects in these attacks is very short.”

Collier said the Surf Beach attacks distinguish themselves because they were predatory attacks.

“The majority of attacks off the West Coast better than 85 percent are investigation (attacks),” he said. “Both were predatory attacks. The thing that’s interesting is the fact (that) in Solorio’s case, water visibility was very good, perhaps 10 or 15 feet.”

Kurr hopes his latest film both educates people about sharks and possibly saves lives, making surfers think twice about wading into the water at Surf Beach, especially in October.

“We hope that people watch the show and at least educate themselves on the habits of great white sharks before going in the ocean. We want to get the word out,” he said. “This is a real human story, too. That’s what pulled me to it. It’s one of the most compelling stories that I’ve come across in 23 years of working on Shark Weeks.

“For me, this investigation isn’t over yet. I want to see if it comes back to Surf Beach. It will be interesting to see what happens in 2014.”

Victim’s family focuses on his life, not death

It’s only been about nine months since Francisco Solorio Jr. was killed in a shark attack wh…

There has been no shortage of news in the Santa Maria Valley this year. We've published more than 14,900 stories on santamariatimes.com in 201…