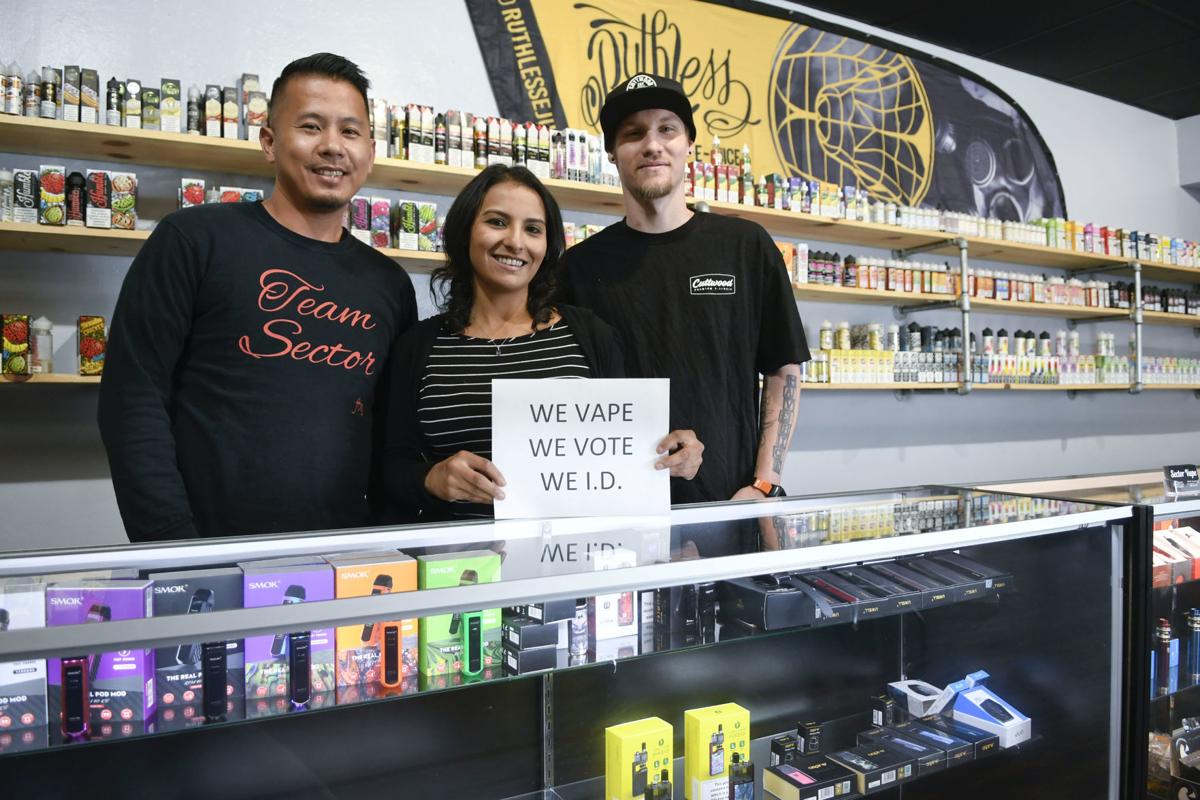 Huey Doan, KT Silva and Leon Simmons, Jr. worry about the affect proposed city rules would have on their Sector Vape store on East Main Street in Santa Maria. 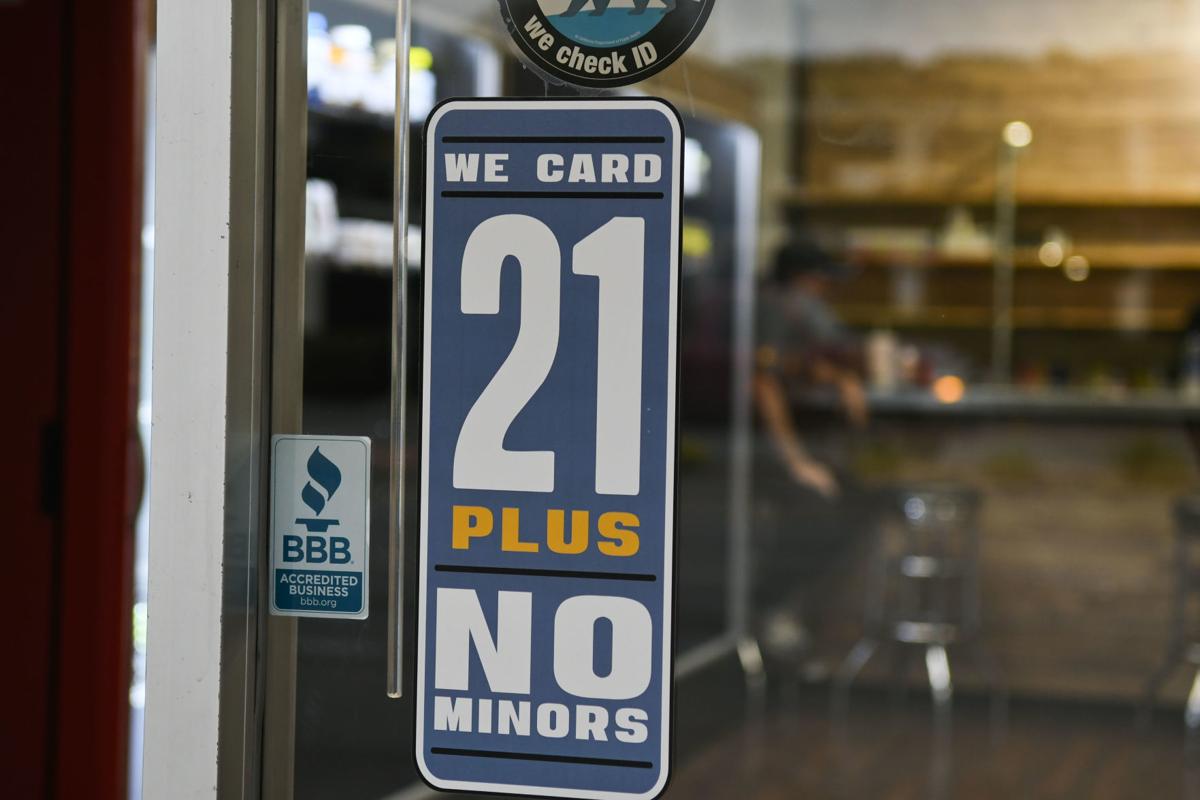 A sign on the door warns minors against entering the Sector Vape store on East Main Street in Santa Maria. 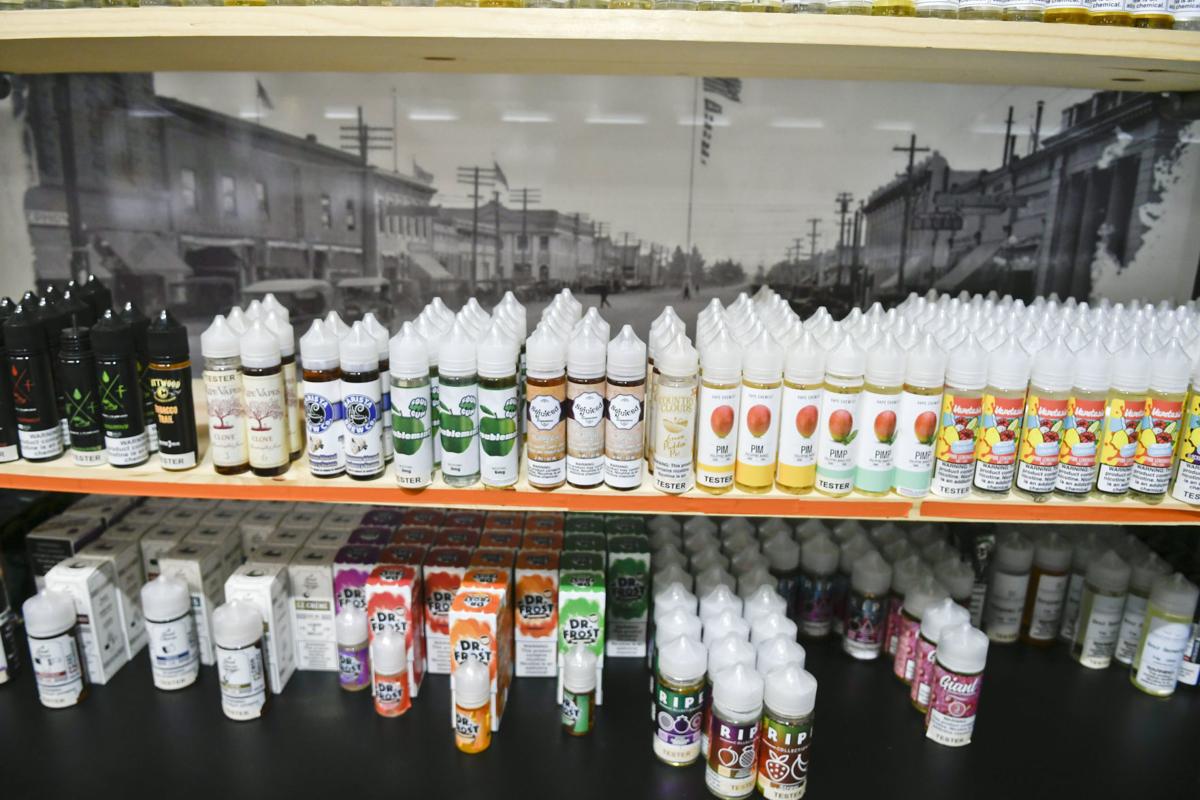 An old photo of Santa Maria is posted behind vaping products for sale at Sector Vape store on East Main Street in Santa Maria. 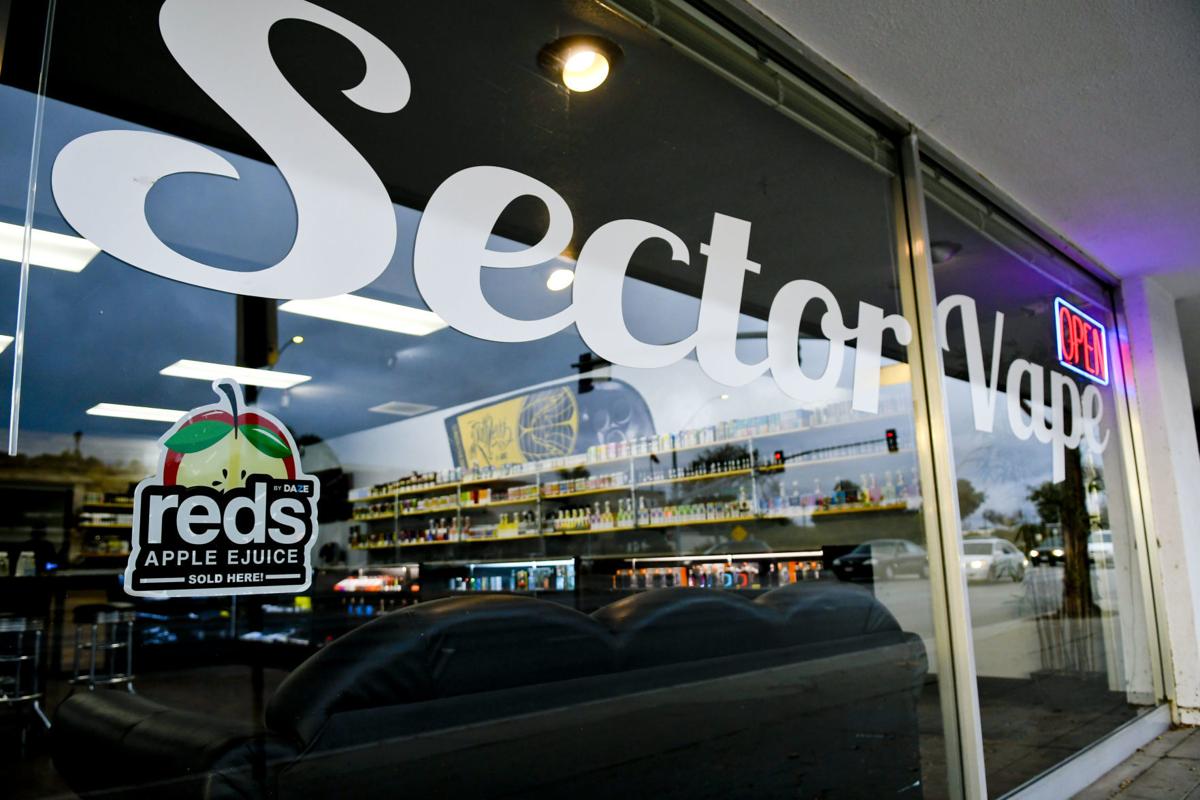 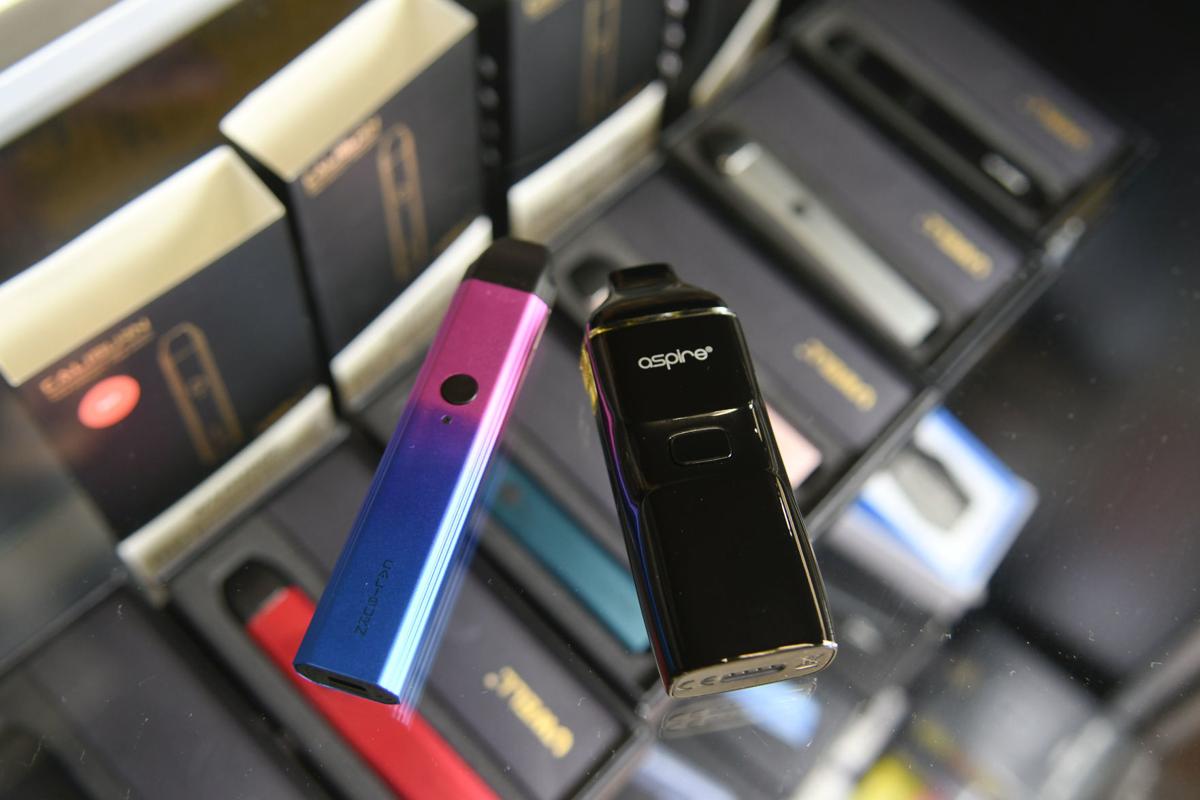 The city of Santa Maria could soon be among the dozens of municipalities across California that have moved to ban the sale of flavored tobacco and vaping products, leaving local smoke and vape shops worried about the future of their businesses.

The proposed ban, which the City Council will vote on Tuesday, would outlaw the sale of flavored tobacco products, including e-cigarettes or vapes, flavored chewing tobacco, cigars and shisha within city limits.

The ordinance, which aims to keep vape products out of the hands of minors, would also institute a requirement that tobacco retailers become licensed with the city.

"Adopting strong flavored tobacco restrictions is another way to protect our youth from tobacco industry targeting and lifelong addiction," Ryan Allen, D.O., wrote to the council.

Unlike some other localities in the state, like Los Angeles County, Santa Maria’s proposed ordinance would not limit the sale of menthol cigarettes.

The Santa Maria City Council will meet at 5:30 p.m. Tuesday in the council chambers at City Hall, 110 E. Cook St.

Huey Doan, who runs Sector Vape in downtown Santa Maria, said the proposed ban affects the entirety of his business, which is devoted to the sale of vaping products.

An employee of another Santa Maria smoke shop, who asked not to be identified, said the ban would likely result in a significant scaling back of the business.

The proposed flavor bans across the state, including in Arroyo Grande and Morro Bay, come at a time when e-cigarettes, also known as vapes, have come under intense scrutiny with at least four deaths in California tied to their use as of Wednesday, according to the Centers for Disease Control and Prevention.

Battery-powered vapes heat liquid, usually containing nicotine, and turn it into an aerosol vapor that can be inhaled.

Nationwide, according to the CDC, there have been 42 deaths and over 2,100 confirmed and probable lung injury cases associated with the use of e-cigarettes.

Employees at Sector Vape, a vape shop operating in the city since 2013, said the current wave of ordinances banning flavored products is misguided and in response to lung illnesses that are not related to the use of legal, nicotine-based vape liquid.

While officials are still investigating what caused the recent outbreak, the U.S. Food and Drug Administration has said the majority of the samples tested involved products containing THC, the main active ingredient in cannabis.

The agency has advised people not to vape any products containing THC and not to use any homemade or modified vape products.

KT Silva, also of Sector Vape, said that vapes have been used by millions of people around the world for over a decade before the lung illnesses began earlier this year.

“People keep saying, ‘vape kills,’ but all these cases are about black market THC,’” she said. “So when people say, ‘vaping kills’ — the question is what are they vaping?”

In response to the argument that flavors get teens hooked on nicotine, Doan said that if kids are vaping, they are not getting their products from Sector Vape, which can only legally sell to adults ages 21 or older.

“It might make sense to ban online sales [of vaping products] because that’s where they get them,” he said.

Doan said the vast majority of Sector Vape customers turned to vaping after they were unable to quit smoking cigarettes and he worries that laws like the proposed flavor ban would only drive people to return to their old addiction.

“You can ask any doctor out there how many people they got off cigarettes and you can ask us — our numbers are going to be higher,” he said.

Larry Hislop, a former cigarette smoker who turned to vaping to quit smoking, said the flavor bans could result in more illnesses, as they could encourage people to modify their vape liquid or use homemade products.

Hislop also said he believes the ordinance would apply a double standard to vaping products that isn’t applied to other products that can and do harm teens, like alcohol.

“If the city wants to ban flavored nicotine, they need to get all the alcohol out there,” he said. “Raspberry schnapps, peach schnapps, there’s even Fruit Loop [-flavored] beer. Don’t tell me this isn’t going to get kids to drink. I’ve never heard of any kid vaping, getting behind the wheel and getting in an accident.”

Foodbank in need of more turkeys to feed families this Thanksgiving

The Foodbank of Santa Barbara County is in need of more turkeys and chickens to feed needy families during the holiday season and has extended dropoff hours for its annual turkey drive.

Aiming to reduce the appeal of addictive nicotine products for teens, the Santa Maria City Council voted Tuesday to move forward with an expansive ban on the sale of flavored tobacco products within city limits.

Huey Doan, KT Silva and Leon Simmons, Jr. worry about the affect proposed city rules would have on their Sector Vape store on East Main Street in Santa Maria.

A sign on the door warns minors against entering the Sector Vape store on East Main Street in Santa Maria.

An old photo of Santa Maria is posted behind vaping products for sale at Sector Vape store on East Main Street in Santa Maria.