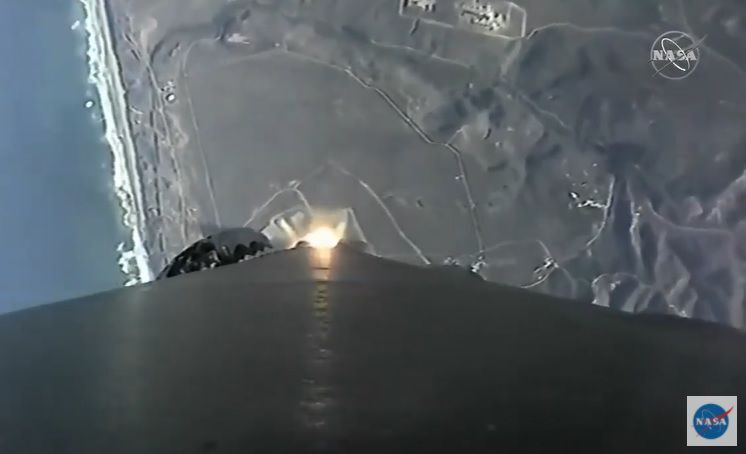 Vandenberg Air Force Base lies below the SpaceX Falcon 9 booster rocket as it lifts the Sentinel-6 Michael Freilich satellite toward orbit Saturday morning in this screen capture from NASA's live stream of the launch. Vandenberg has been dropped from the list of finalists to become the headquarters of the U.S. Space Command. 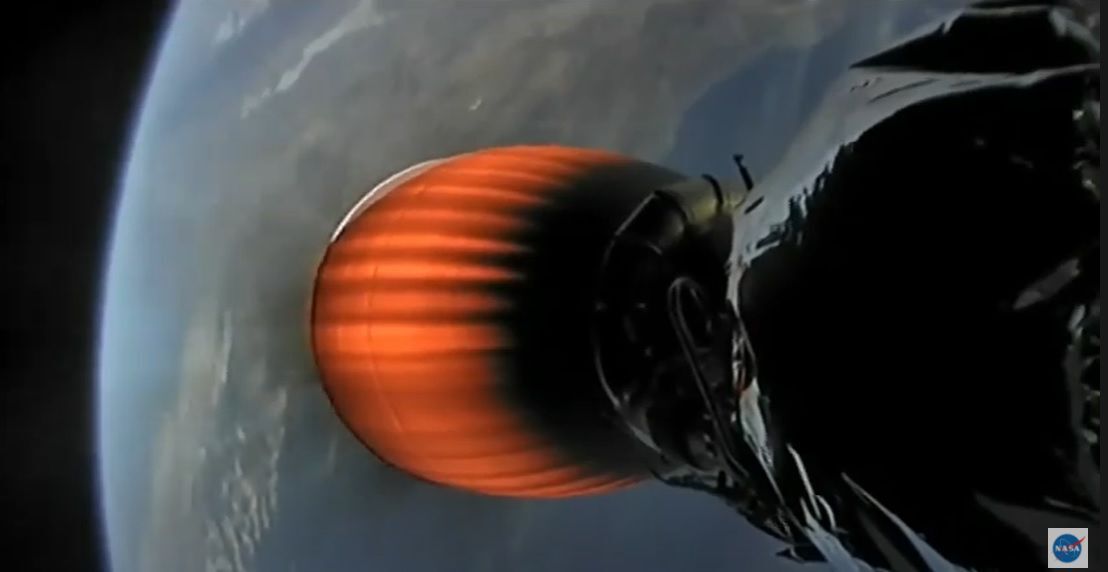 The second stage of the SpaceX Falcon 9 booster goes into its first burn during the Saturday launch of the Sentinel-6 Michael Freilich satellite from Vandenberg Air Force Base in this screen capture from NASA's live stream of the launch. Vandenberg was not on the new list of finalists for the U.S. Space Command headquarters released Friday by the U.S. Air Force.

Vandenberg Air Force Base has been cut from the newest list of finalists in the competition to become headquarters of the U.S. Space Command, with the frontrunners now consisting of bases in six other states, according to a U.S. Air Force announcement Friday.

The announcement said the Department of the Air Force expects to make a decision from among the new list of finalists in early 2021.

In the meantime, Peterson Air Force Base will remain the temporary location for U.S. Space Command Headquarters until a permanent location is selected and facilities are constructed to support the mission, which Air Force officials said could take six years.

However, proponents of Vandenberg as the geographic combatant headquarters of the Space Command vowed to continue pushing elected officials to choose the base as a natural extension of space and missile operations already conducted there.

"While we're disappointed that Vandenberg — originally a top-three finalist for Space Command headquarters — is not among the current list of finalists, we also recognize the outsized role politics play in these decisions,” said Andrew Hackleman, vice president of strategy for the Regional Economic Action Coalition.

“With the ultimate decision falling to the next administration, REACH will continue working with our elected officials on advancing Vandenberg's premier space capabilities as the top choice for SpaceCom HQ,” said Hackleman, a retired Air Force lieutenant colonel.

REACH was designated the Pentagon’s official point of contact for Vandenberg’s nomination, both by the Air Force and Congressman Salud Carbajal, D-Santa Barbara.

Hackleman has spearheaded the effort to have the Air Force choose Vandenberg for the combatant headquarters.

Carbajal vowed to keep up the pressure to have Vandenberg chosen

“Vandenberg was a top pick for U.S. Space Command headquarters just last year, so I’m disappointed and surprised that it has been removed from the latest list of finalists," Carbajal said.

"In fact, given our state’s leadership in aerospace engineering and innovation, I’m alarmed that there is not a single California base in the final six contenders," he said.

Carbajal said he's working to find out what the decision was based on and whether it was an objective process or politically motivated.

"If this is simply another attempt by the Trump administration to bully California, that is unacceptable, and I will encourage the incoming administration to reconsider," he said. "This isn't over, and I will continue to make the case that there is no better place than Vandenberg to serve as home to U.S. Space Command.”

REACH officials say Vandenberg is a natural choice because it’s already home to operations that are part of or support the Space Command, including the Combined Force Space Component Command and Combined Space Operations Center.

Proponents also say if Vandenberg is named Space Command headquarters, it would bring more than 1,400 well-paying military and civilian jobs to the region, with a payroll of about $200 million, or about the same economic impact as Diablo Canyon Power Plant.

As a regional combatant command, the Space Force headquarters would be led by a four-star general, who would have inestimable influence as an advocate for space, according to REACH.

Peterson Air Force Base, the temporary headquarters for the Space Command, is also the home of the Northern Command.

Vandenberg AFB to receive COVID-19 vaccine within next month

Each regional combatant command is supported with supplies and equipment by a service department, which is led by a secretary, assistant secretary and operational chief.

Four-star generals, which are not part of the regular armed forces grades, and department secretaries and assistant secretaries are appointed by the president.

Vandenberg was one of three finalists to emerge in a 2019 selection process, with the other two being Redstone Arsenal in Alabama and a combination of Peterson, Buckley and Schriever air force bases and Cheyenne Mountain Air Force Station, all in Colorado.

But following that announcement a year ago, polticians and the governors of Texas and Florida protested the decision, saying the process was unfair, which prompted the Department of Defense to start over, theoretically opening the selection process to any community that wanted to compete.

Self-nominated communities from across 24 states were evaluated as potential locations for hosting the headquarters, according to the Air Force.

The Department of the Air Force now will conduct both virtual and on-site visits at each finalist location to assess which is best-suited to host the headquarters based on factors related to mission, infrastructure capacity, community support and costs to the Department of Defense, the Air Force said.

What you need to know for Tuesday, November 24