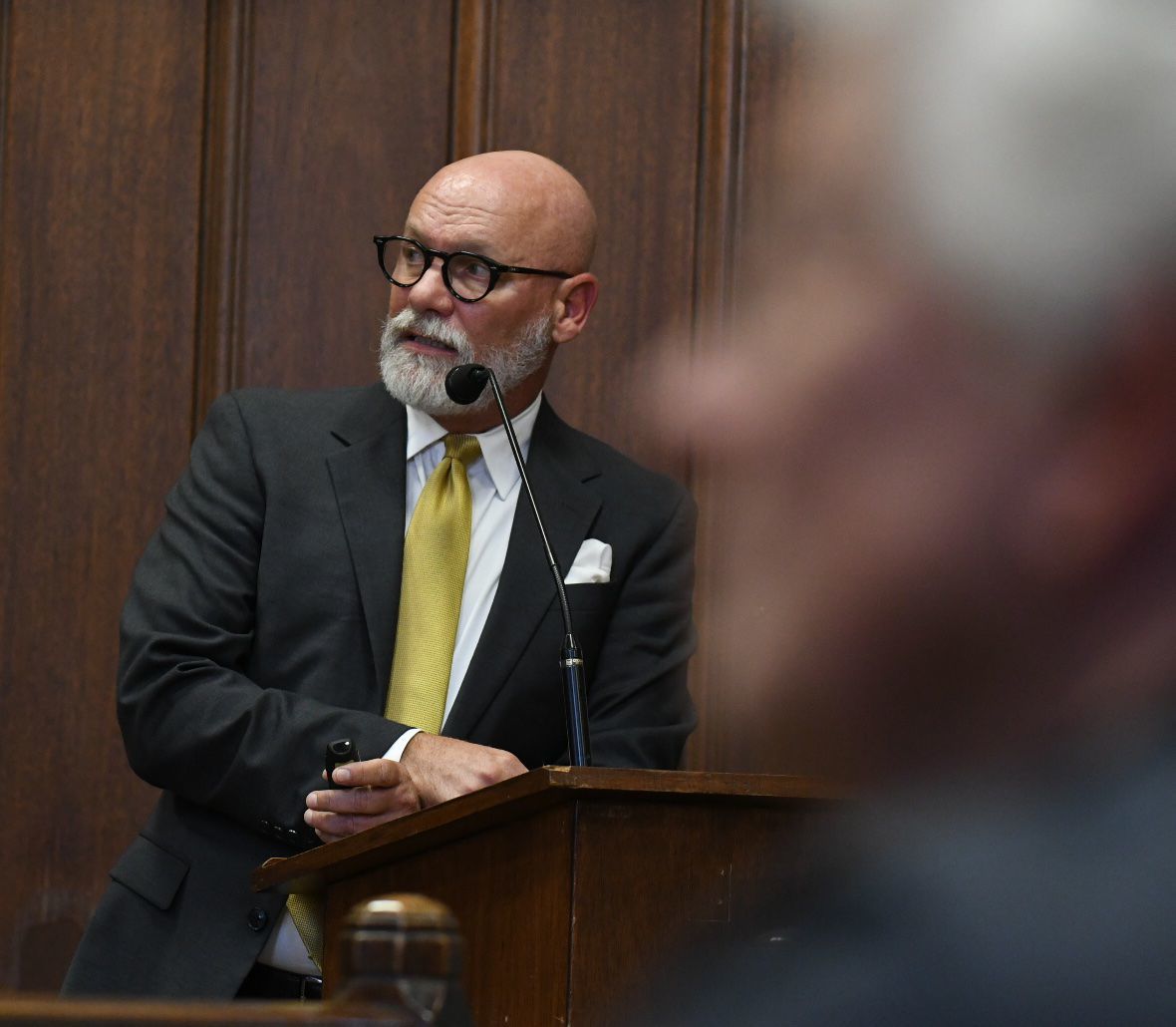 As a member of the audience listens, Stokes discusses Santa Maria’s involvement in the Central Coast Water Authority during a workshop at City Hall on Monday. 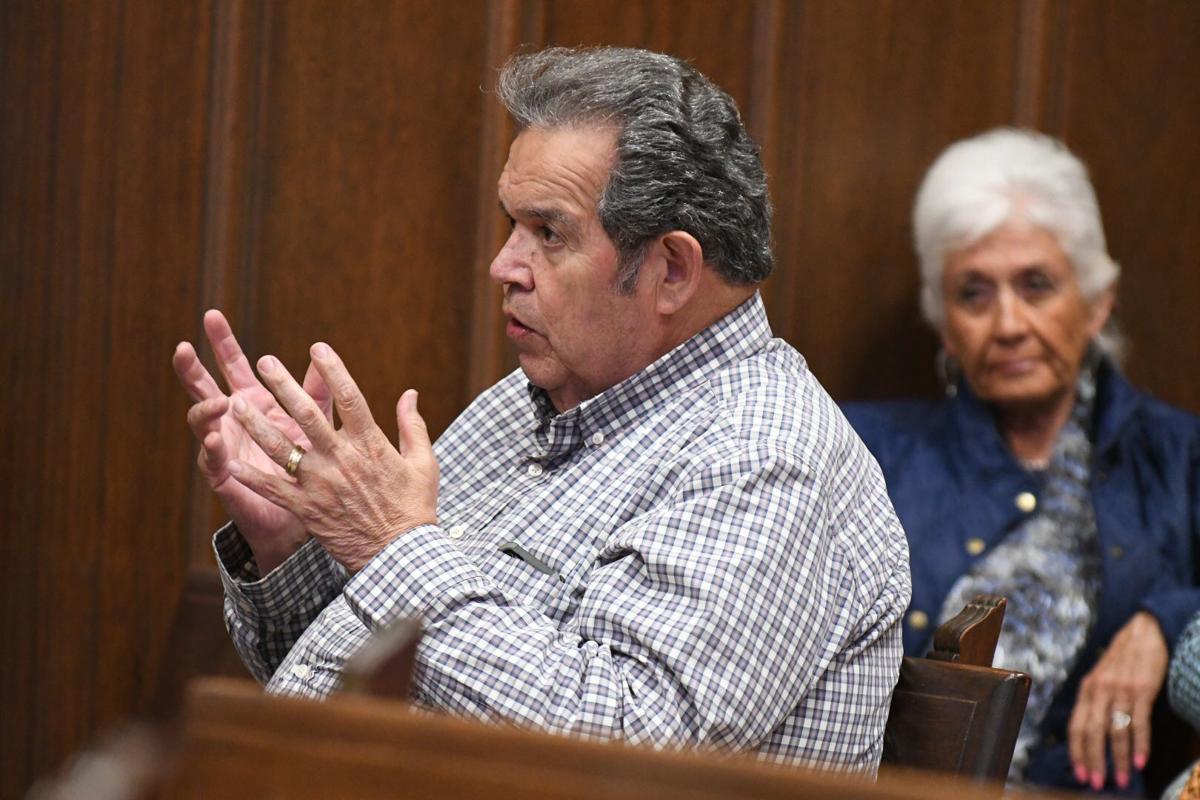 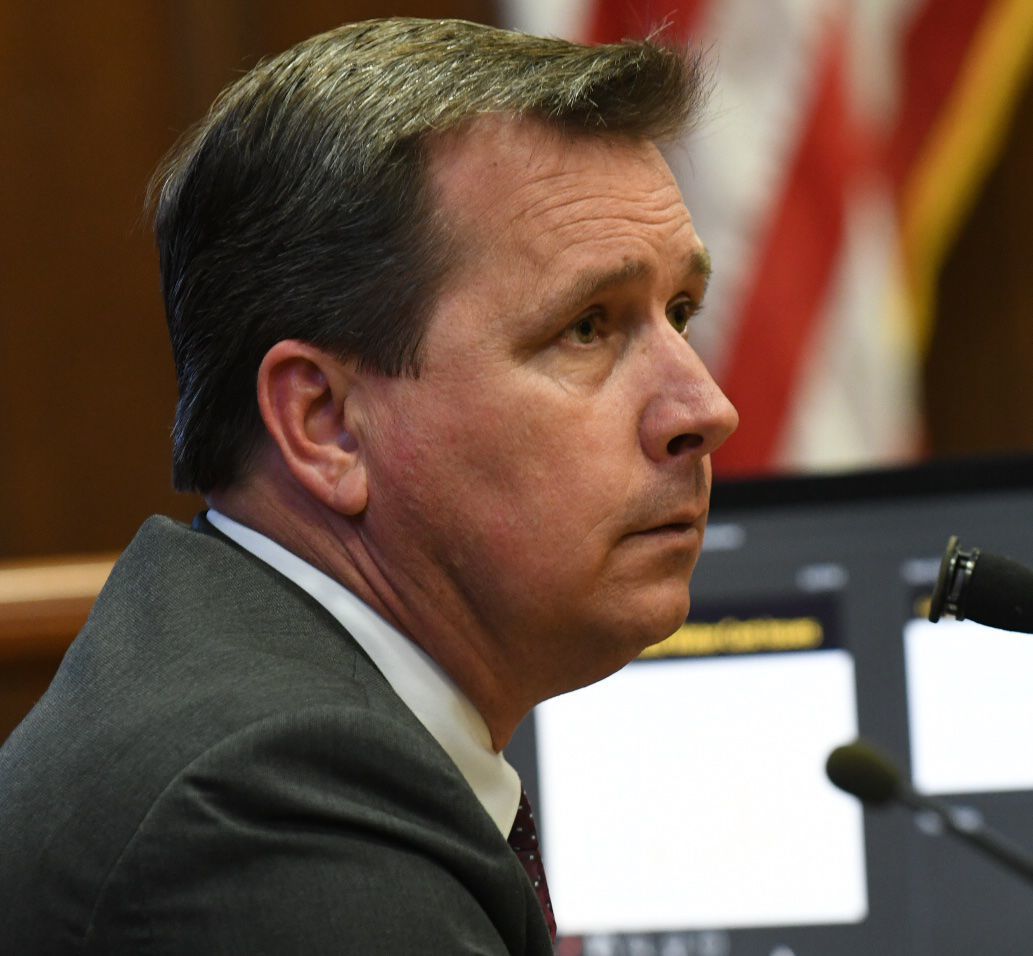 To guard against volatility in the amount of state water it receives, Santa Maria and several other Central Coast Water Authority members are planning to claim an additional 12,214 acre-feet of state water that was set aside decades ago.

The move would increase Santa Maria’s annual right to state water from 17,820 to over 27,000 acre-feet each year.

An acre-foot is about 326,000 gallons, roughly the amount of water required to meet the annual needs of six people in most urban environments.

In 1981, the Santa Barbara County asked Department of Water Resources to suspend more than 12,000 acre-feet of water per year of its annual allocation because it was in excess of its needs.

Acquiring the suspended water would require repaying the Division of Water Resources and the county for past payments related to the water, along with interest.

The total cost for CCWA members that choose to participate would be $42 million, paid for through the issuance of long-term bonds.

The State Water Project, which was started in the late 1950s, is a water storage and delivery system of reservoirs, aqueducts and pumping plants that span over 700 miles. The system provides water to over 26 million Californians.

The Central Coast Water Authority (CCWA) is the primary representative for Santa Barbara County on matters related to state water.

During a Monday meeting at Santa Maria City Hall, CCWA Executive Director Ray Stokes said the move was a way to guard against fluctuations in the amount of water the organization’s members receive each year.

In recent years, Stokes said, the members of the California State Water Project have not been granted their full share as environmental concerns and a severe drought reduced the amount of water that can be moved through the Delta.

In 2014, members received an allocation of only 5% of their requests. This year, state water allocations stand at 70%.

“This mitigates against the continual reduction in the amount of water,” Stokes said.

Any costs associated with acquiring the suspended water will have to be covered by ratepayers in the CCWA member agencies that choose to participate, said Utilities Department Director Shad Springer.

Stokes said the organization’s members will most likely pass on participating in a single-tunnel project in the Delta, which would carry water from the Sacramento River under the Sacramento-San Joaquin Delta toward the intake stations for the California State Water Project and the Central Valley Project.

Participation in the multibillion-dollar Delta tunnel project would reduce reductions in water allocations but cost far more than acquiring the CCWA’s suspended water right, which dates back to 1981, Stokes said.

After the 30-year bonds for the suspended water are paid off, the CCWA's cost would be about $150 per acre-foot of water, compared to roughly $1,000 per acre-foot by participating in the Delta project.

The CCWA is expected to move forward with the suspended water acquisition in about 10 months, when the environmental impact report is completed.

Santa Maria first began receiving deliveries of state water in 1997. Since then, the city has received approximately 228,000 acre-feet.

The city’s water supply is composed of both state water and the Santa Maria Valley groundwater basin.

Despite concerns over impact to the city's low-income residents, the Santa Maria City Council on Tuesday signed off on a series of water and s…

As a member of the audience listens, Stokes discusses Santa Maria’s involvement in the Central Coast Water Authority during a workshop at City Hall on Monday.