A Los Angeles developer is proposing to build a new three-story apartment complex in downtown Santa Maria as part of an effort to expand housing in the city’s core.

The Vino Bella residential development, planned at the southeast corner of Chapel and Lincoln streets, will include 32 apartments built on a 14,000-square-foot lot.

The building will include a mix of studios along with three-, two- and one-bedroom units.

Developer Ben Nikfarjam said the project was meant to increase density around downtown Santa Maria with an infill project that could contribute to a more walkable city.

“Our goal is to create a downtown where people can work and live in downtown,” said Nikfarjam, who is also developing a multi-use development at Broadway and Main Street.

On Thursday, city staff presented the project to members of the Downtown Revitalization Committee to ask for feedback on the project in advance of the developer submitting a planning application.

Senior planner Frank Albro said the proposal calls for 10-foot setbacks on the north side and zero setbacks along Lincoln Street.

In addition, the 32-unit complex would only have five on-site parking spaces.

Albro said angled street parking would be available on Chapel and Lincoln streets, and that the project is located within walking distance of city-owned public parking lots.

Councilwoman Etta Waterfield said she is in favor of the project, adding that “different rules should apply” for construction in the downtown area.

“We’re dealing again with an older part of Santa Maria,” she said. “And it’s not developed in that area to accommodate current rules for housing. You’re going to have to be flexible to build something nice in the downtown area where people will feel comfortable to live and work.”

Waterfield also said she appreciates the work Nikfarjam put into the design of the project, which will feature Spanish Mission-style architecture with arches, a stucco exterior and terracotta tiles.

“We can’t have a parking requirement that is that stringent when you’re downtown,” she said.

The project will require approval from the Planning Commission to move forward.

The committee also heard an update regarding Nikfarjam’s planned multi-use project at the northwest corner of Broadway and Main Street.

Originally approved by the City Council in January 2018 as a four-story building, Nikfarjam has asked to eliminate one of the floors.

Nikfarjam said the construction cost of a four-story building with an underground parking area made sense on 36 units but couldn’t be justified with the reduction to 27 apartments.

The revised project will feature 18 apartments of varying sizes. Most of the first floor will be reserved for commercial tenants.

Downtown Revitalization Committee members signed off on the proposed changes, which do not require additional Planning Commission review.

End of the Line

Santa Maria from the air

Playing ball in the school yard

Floods are dangerous, and timeless 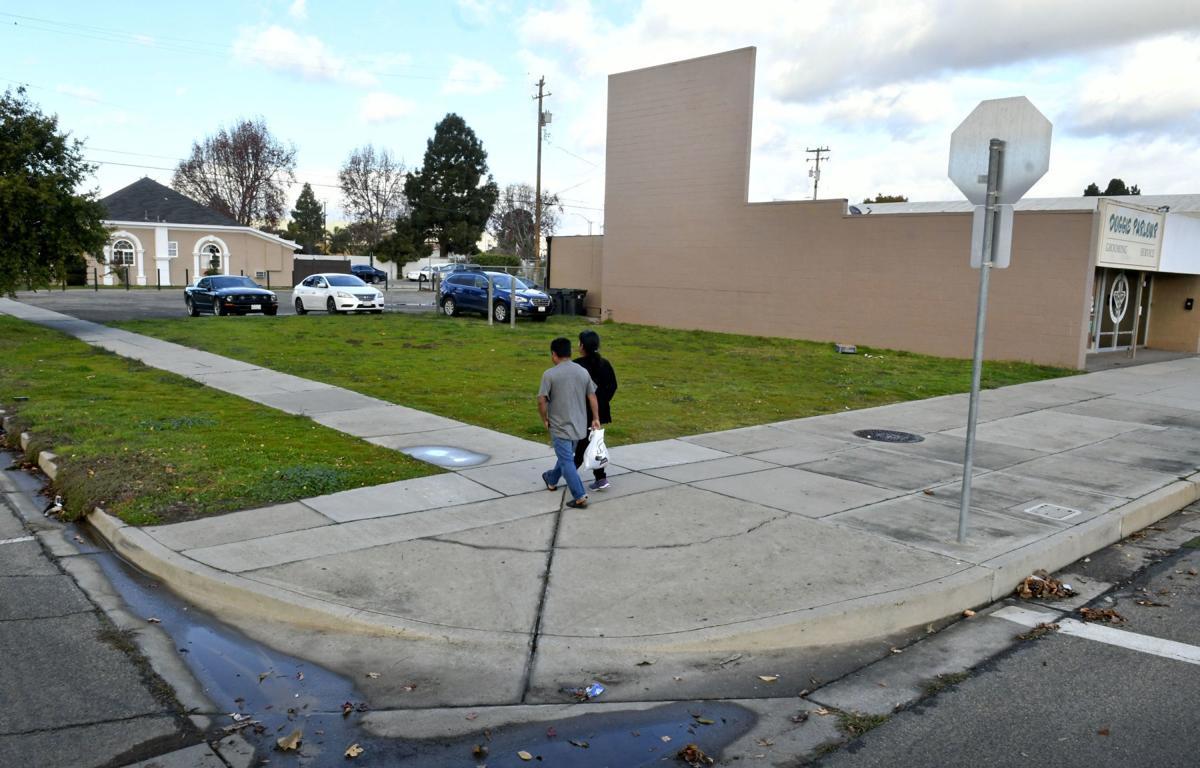 A new apartment complex is proposed on a corner of Chapel and Lincoln streets in Santa Maria. 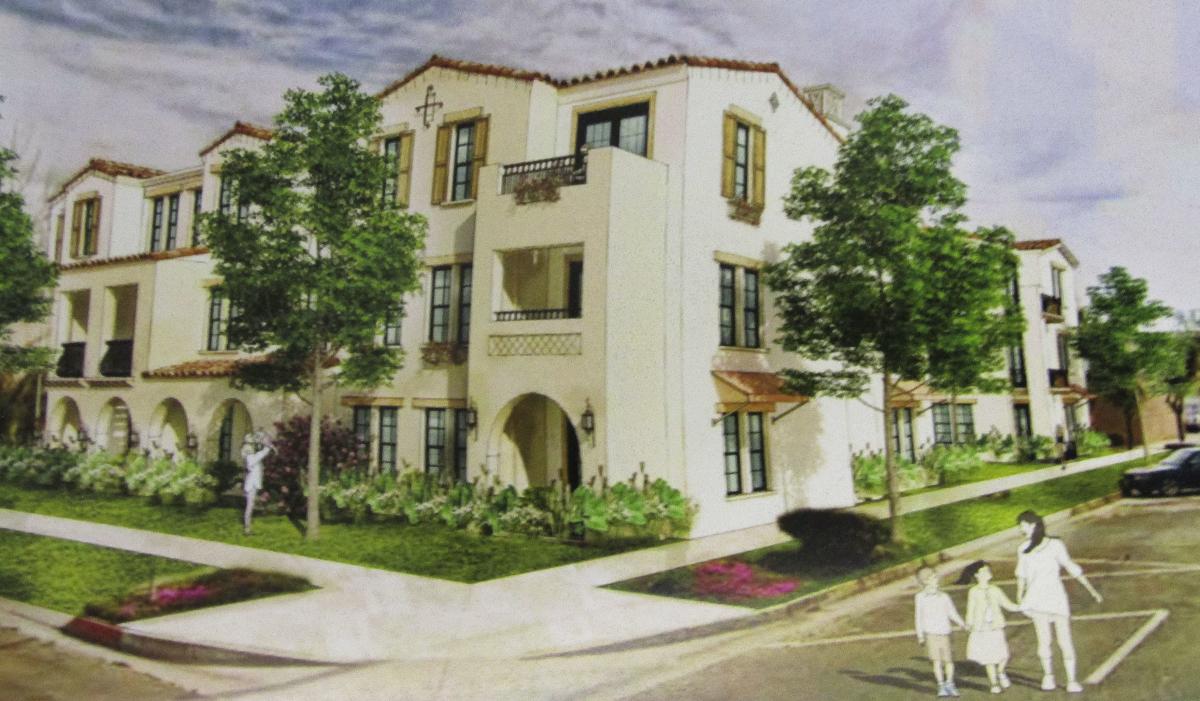 A rendering shows the Vino Bella residential development that developer Ben Nikfarjam has proposed for the southeast corner of Lincoln and Chapel streets in downtown Santa Maria. 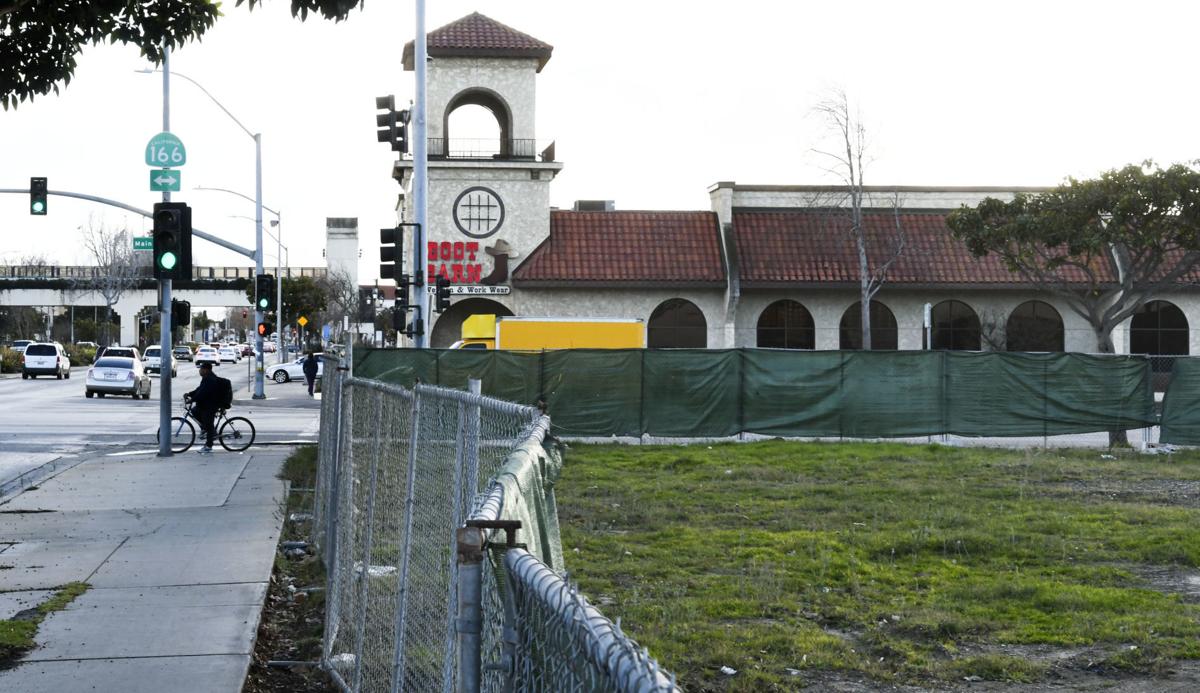 Revisions are proposed to the Gateway mixed-use project at the corner of Main and Broadway in Santa Maria. Originally planned as a four-story building, the developer hopes to make it a three-story building.