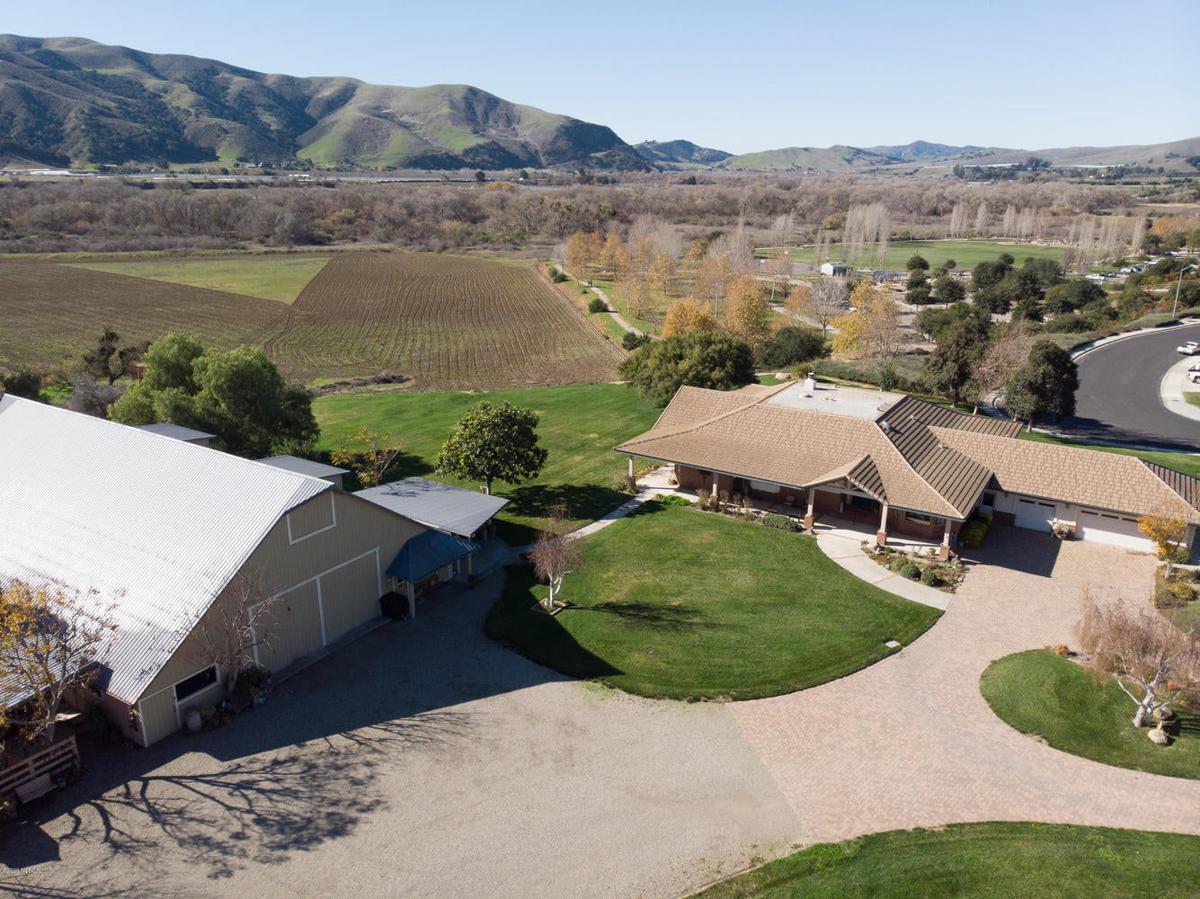 An aerial view of the 24-acre Willemsen property in Buellton shows the historic barn to the left and the residence to the right. Further back is 20 acres of open fields. 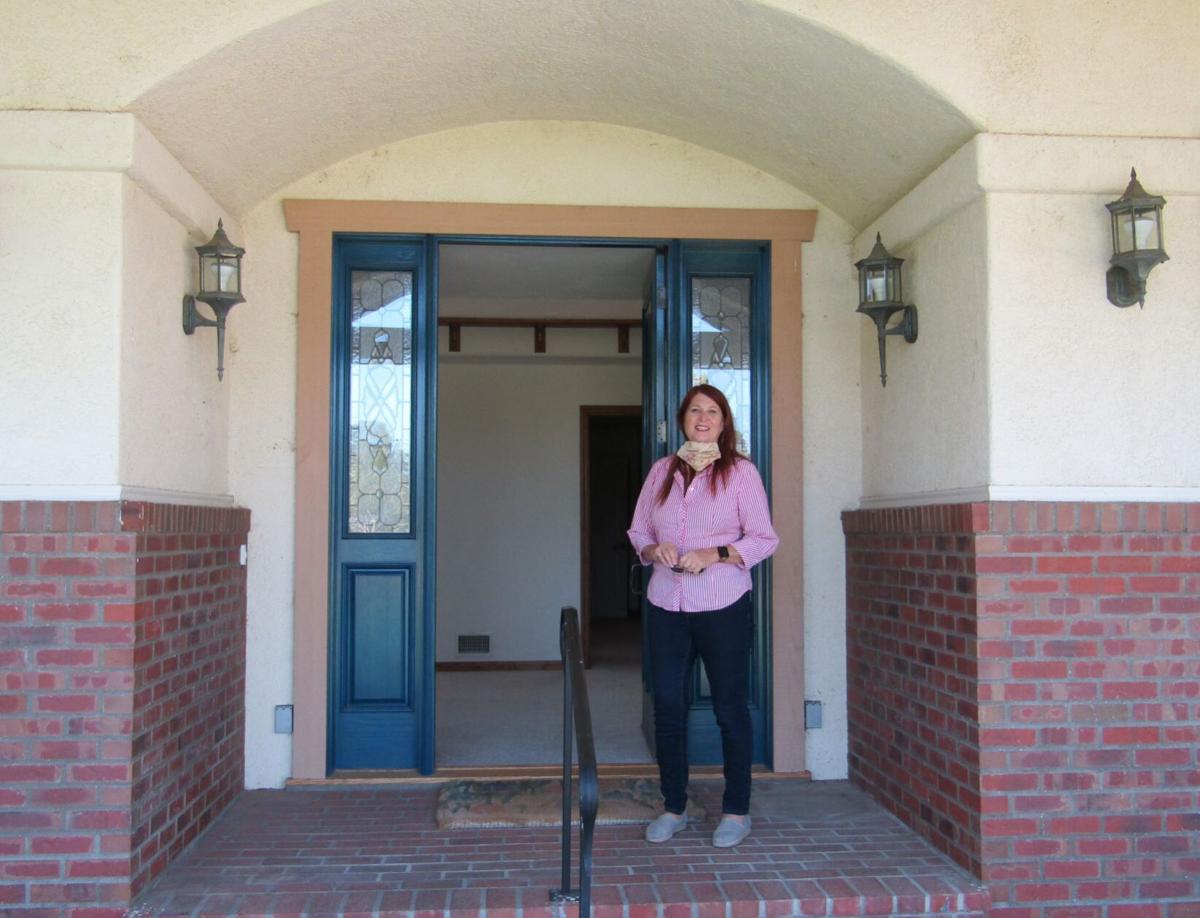 Buellton Mayor Holly Sierra stops before entering the former Willemsen residence, which is part of the 24 acres purchased by the city of Buellton. 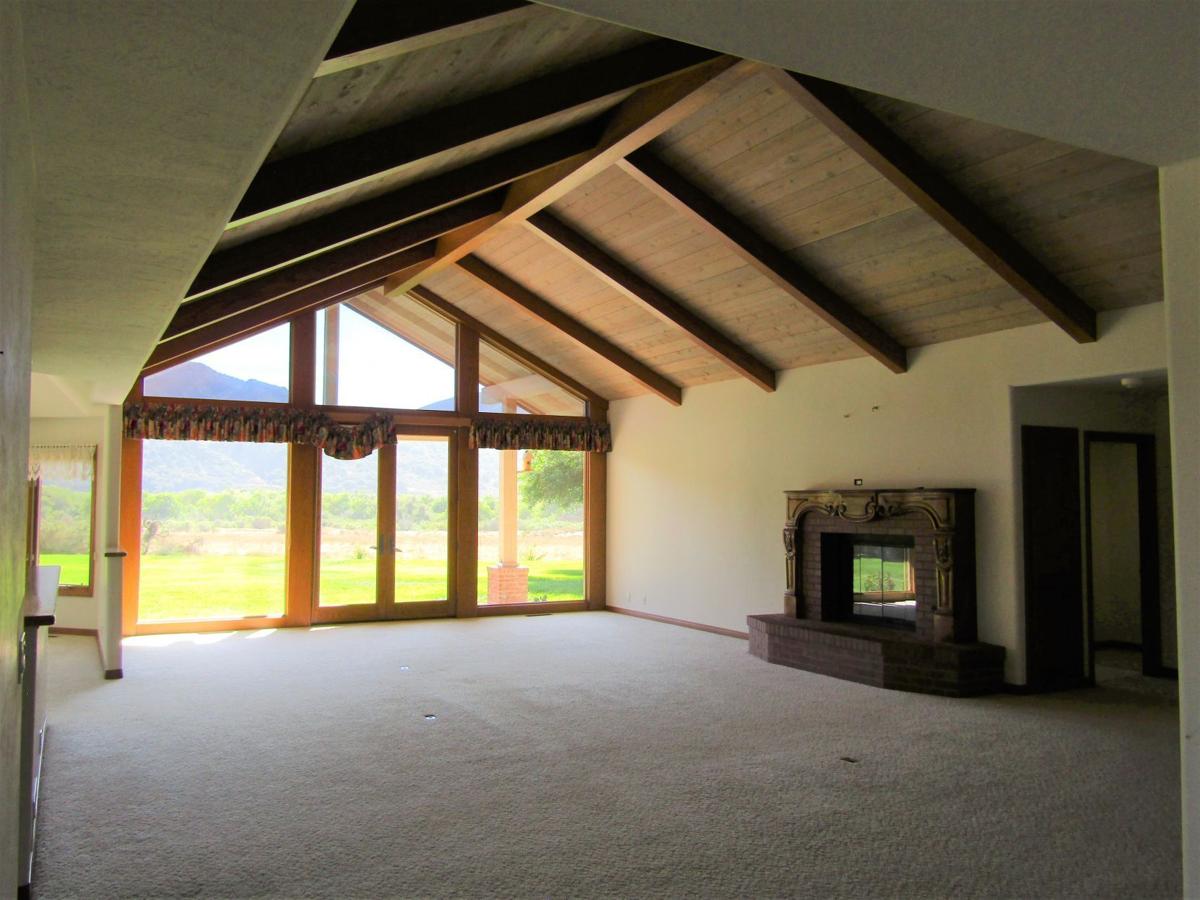 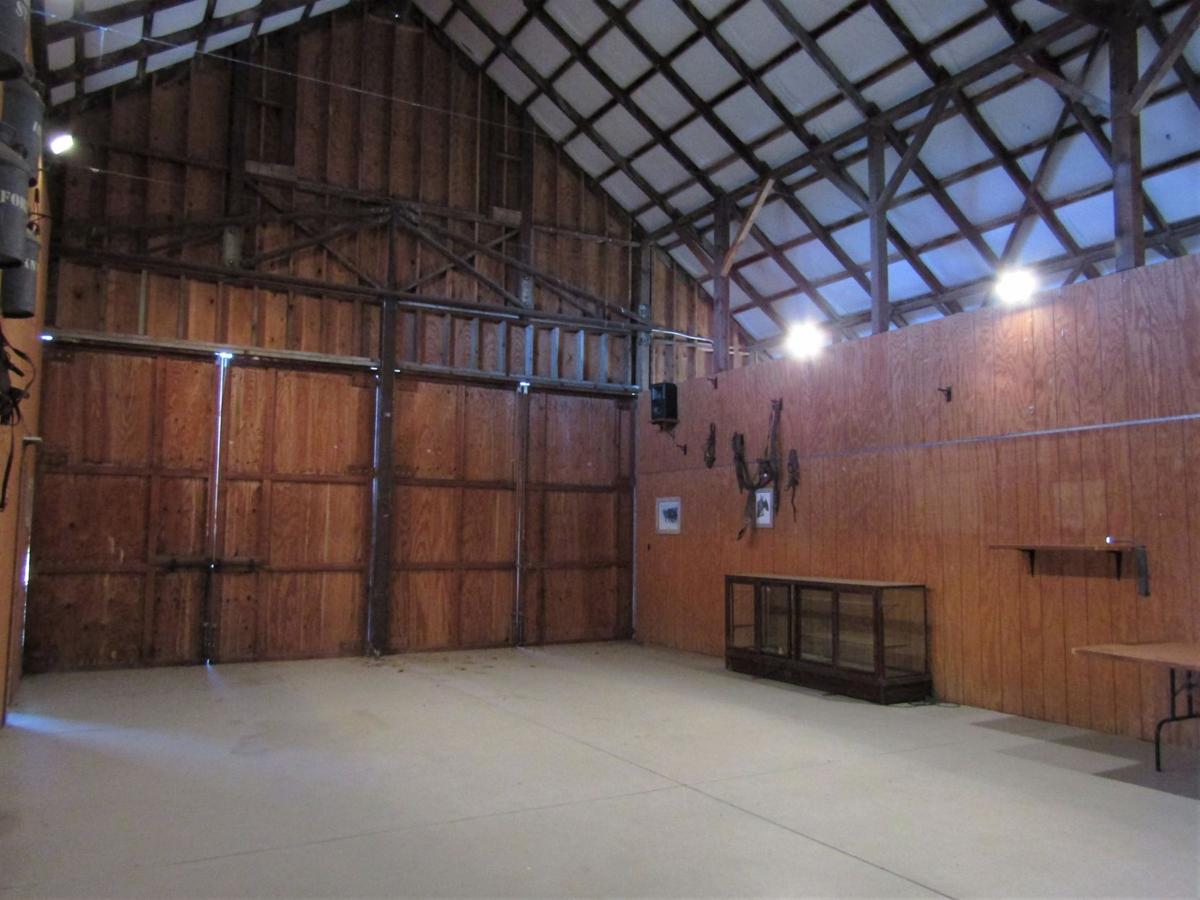 The historic barn is where Jake Willemsen once kept his heard of Guernsey cows for his dairy operations.

The city of Buellton recently acquired the 24-acre property known to locals as the old Willemsen Dairy, adjacent to River View Park, for $2 million.

The land is located at 202 Dairyland Road in the Meadow Ridge development, and consists of 4 acres of elevated land that features a 3,400 square-foot home, refurbished two-story historic barn and storage buildings, all of which overlook 20 acres of lower acreage bordered by the Santa Ynez River.

The cash purchase transacted in May was financed through the city's $11 million reserve fund for the purpose of boosting Buellton's parks and recreation holdings.

"We may never recoup that money," said Buellton Mayor Holly Sierra, "but it was never about the money, it's about providing residents with a better quality of life."

While city officials figure out long-term usage plans for the property, the city-owned three-bedroom home situated on the expansive park-like lot was more recently utilized as a youth recreation program site over the summer.

According to Sierra, a two-term mayor who is running for a third term this year, the possibilities for the property are endless.

"This belongs to the community," Sierra said, looking out over the valley view. "But the big question is what do we want to do with it — without inundating the neighborhood."

A first in a series of in-person property tours conducted by city officials on Sept. 12 invited locals to peruse the land, dream up ideas for its future and submit those ideas to the city's planning department.

Some ideas from the public include building a sports complex, a community swimming pool and designing community gardens. Both the Buellton Library and Zaca Creek Preschool have individually expressed interest in relocating their operations to the property's large residence, Sierra said.

"A few council members have even suggested renting or selling off parts of the property," she added. "We've also considered renting out the barn for different events like weddings or company conferences, and possibly leasing out some of the lower acreage to local farmers."

With the Santa Ynez River running alongside the rear of the property, there is even talk about connecting Buellton to the rest of the Santa Ynez Valley by paving a multi-use riverside trail, out toward Industrial Way and possibly four miles further east toward Solvang. However, a long-term easement agreement with adjoining properties must be granted, Sierra said.

"The City Council won't do anything until we have a clear view from residents what they would like to do with the property" she added. "I really want to hear from residents."

Interest in purchasing part of the Willemsen's property began years back when the city discussed a possible expansion of Buellton's wastewater treatment facility, which is at 75% capacity and could potentially warrant improvements in the future.

"Though we have no plans to expand [the water treatment facility]," Sierra said, "we just want to be prepared in case the state mandates it."

When the city attempted to purchase the lower 20 acres from the Willemsens approximately four years ago, it was the family's wish not to split up the lot.

However, after the death of locally famous dairyman Jake Willemsen in 2014, and later his wife, Jeanette, in October of last year, the heirs put the property on the market.

"They said to honor their father's legacy and the barn which was built more than 50, 60 years ago, it made sense to sell the property to the city," Sierra explained. "We plan to keep it because it's considered historical to the community."

According to a historical account given by longtime Valley resident and Santa Barbara County wine icon Brooks Firestone in his book "Valley Animals: True Stories about the Animals and People of the Santa Ynez Valley", Jake Willemsen moved to the area in the 1950s. He established a dairy herd west of Buellton on Highway 246, where a large housing development now surrounds the original Willemsen property.

During the boom of his business, Willemsen acquired more than 250 Guernsey cows which he housed in the historic barn. He eventually discontinued the herd around 1989, Firestone wrote.

Making her way toward the historic barn door marked by a weathered metal sign reading "My Barn, My Rules," Sierra paused.

"The Santa Ynez Valley was known for its dairy farming at one time," she said, "which is why we want to make sure we honor the historic value of this property."

Drive-thru flu vaccine clinic to be held in Buellton on Oct. 3

Due to COVID-19 restrictions, the hospital has also announced the cancellation of its annual health fair scheduled for Oct. 3.

Buellton city officials are hosting a second day of in-person tours of the Willemsen property on Saturday, Oct. 24, between the hours of 12 - 3 p.m.

A series of short 15-minute tours will be offered to family groups (6 or fewer) aged 10 years or older.

All must wear face coverings and observe social distancing requirements while on the property.

Tours are available with a city guide only and will be given on a first-come, first-served basis.

To share ideas on the property and other land use and transportation matters, go to https://www.surveymonkey.com/r/2D2GZWQ

To take a virtual tour, view the video at https://youtu.be/zqracA107ms

The tavern — which was originally built by Jim Buell whose family founded the city back in 1917 — held a public grand reopening on Aug. 22 at its bucolic Buellton location.

"Despite her own health challenges, she always found a way to give back to the community, particularly to the animals who do not have a voice that humans understand."

Attendees will witness Blatch at the time of the final state vote on the 19th Amendment in August of 1920.

Members of the public are invited to attend.

An aerial view of the 24-acre Willemsen property in Buellton shows the historic barn to the left and the residence to the right. Further back is 20 acres of open fields.

Buellton Mayor Holly Sierra stops before entering the former Willemsen residence, which is part of the 24 acres purchased by the city of Buellton. 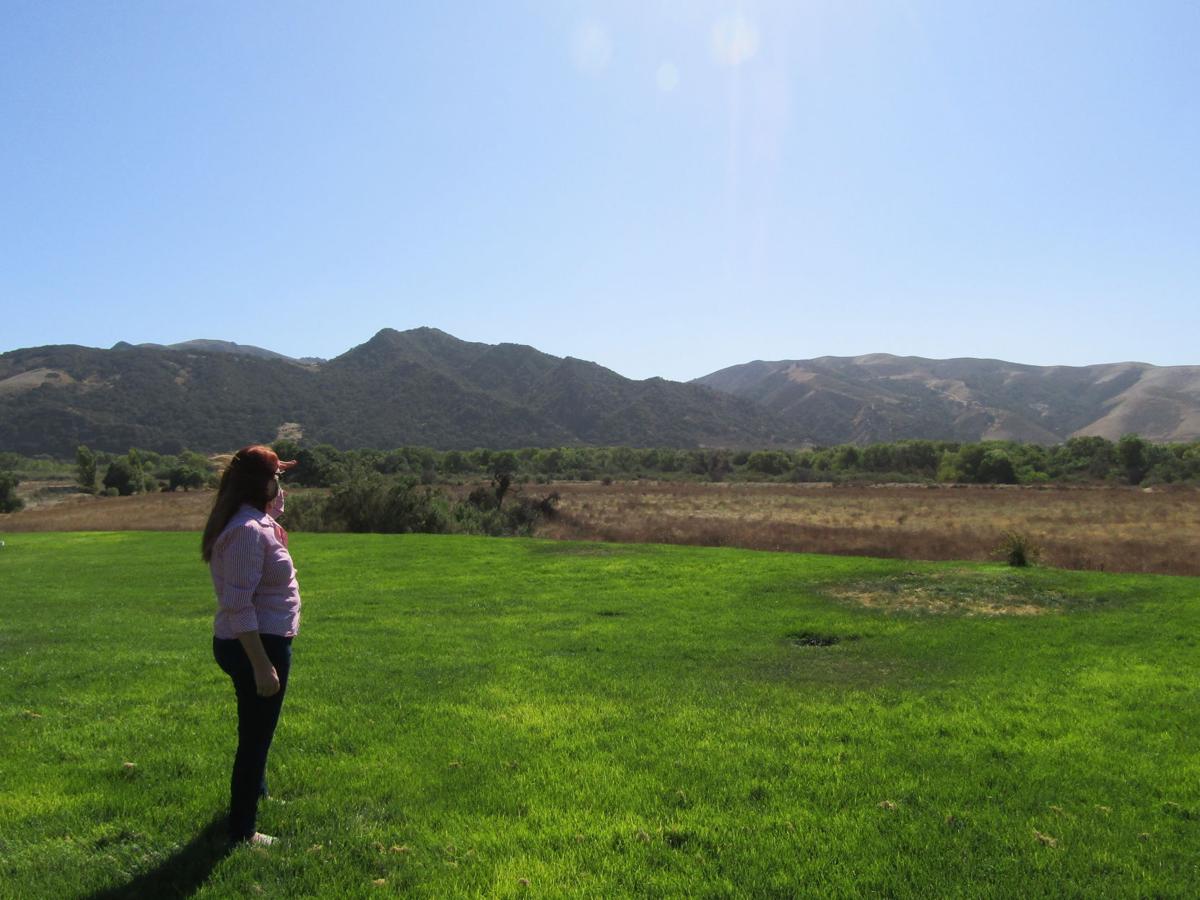 Buellton Mayor Holly Sierra looks out over the upper lawns of the recently purchased Willemsen dairy property and into the 20-acre field down below.

The historic barn is where Jake Willemsen once kept his heard of Guernsey cows for his dairy operations.