With population, community values and housing affordability changing and growing in Santa Maria, the city is in the process of updating its major blueprint for land use and development — the General Plan.

Taking into account elements of mobility, environmental justice, safety, noise, conservation, open space, housing and air quality, the General Plan is required by state law to be updated every 10 to 15 years in collaboration with local residents.

The city is in the second stage of the multiyear updating process, which began in the spring, and has been developing a long-term vision and guiding principles by gathering community input since summer.

In the future, the city will create General Plan alternatives, develop plan policies and finally, by 2023, review and adopt the plan.

"The city needs to plan ahead for the next several decades to accommodate future job and population growth, and will do so through the identified phases of the General Plan update process," said Dana Eady, principal planner for the City of Santa Maria.

In order to gauge needed areas of change in the community, the city recently began gathering feedback from residents on a variety of topics, from parks and medical services to traffic safety and how friendly local residents are.

Due to the impacts of the COVID-19 pandemic, surveys were conducted digitally, and Zoom workshops are planned to take place in the coming days.

"Input from residents of the city is extremely important in understanding what areas are most valuable to city residents - housing, jobs, economy, public facility improvements, transit, etcetera - and this information will assist in the long term vision of the city," said Eady.

The Qualities and Changes survey gathered responses from approximately 600 residents about the existing qualities of the city, the experience of living and working in the city, and the importance of future changes.

When asked about qualities of Santa Maria that are important to preserve in the next 20 years, the majority of residents identified public services, such as schools and local government, natural scenery, parks and trails and housing affordability.

When asked about the most important changes needed in the city, residents identified access to healthy lifestyles and medical services, affordable housing, and infrastructure to support growth.

Residents were also asked about moving forward during the COVID-19 pandemic, with around 60% expressing interest in transforming certain streets as gathering spaces for outdoor dining and exercise.

The overall demographics of respondents aligned closely with city demographics, according to Eady.

In the Issues and Assets Mapping Survey, residents pinpointed elements of the city they appreciated and those they considered to be problematic on a map. The number of participants in the survey is unknown, Eady said.

Issues that residents consistently identified included the unattractiveness of buildings and landscaping, traffic congestion on Betteravia Road between Broadway and Highway 101, unsafe crosswalks near schools, and a need for better lighting on city streets and in parking lots.

An interactive map featuring results from the survey can be viewed at imaginesantamaria.com/community-surveys.

In the next stage, creating General Plan alternatives, city staff will use feedback to envision different improvements to the city in the coming years.

"The data and public input we receive will help to develop an overall vision and guiding principles. Ultimately these will lead into the development of maps reflecting future growth scenarios that include different distributions of potential land uses within the planning area," Eady said.

Results from a recent visioning survey will also be published next week, Eady said.

To read more about the General Plan, the update process and how to get involved, visit imaginesantamaria.com.

Give input on the General Plan

The city has planned two virtual workshops where residents can give feedback regarding how they imagine Santa Maria in the next 20 to 30 years.

To register for the workshops and learn more about the General Plan, visit www.imaginesantamaria.com.

The city will hold a Zoom workshop, conducted in English with Spanish translation available.

The city will hold a second Zoom workshop, conducted in Spanish.

Santa Barbara County voters heavily favored Democrats — with one exception — in the Nov. 3 general election, according to the ballot count certified Nov. 25 by the Registrar of Voters Office.

The Santa Maria City Council announced Tuesday that a retirement resolution would be released for Champion this month, along with a resolution for retiring Santa Maria Police Chief Phil Hansen.

The Santa Maria City Council announced Tuesday that a retirement resolution would be released for Champion this month, along with a resolution for retiring Santa Maria Police Chief Phil Hansen.

“We are not going to solve these problems overnight, but we are demonstrably moving forward,” agreed Board Chairman and 2nd District Supervisor Gregg Hart.

Mayor Jenelle Osborne kicked off the meeting with an elections presentation, extending a certificate of acknowledgement to Mosby for his service to the community. 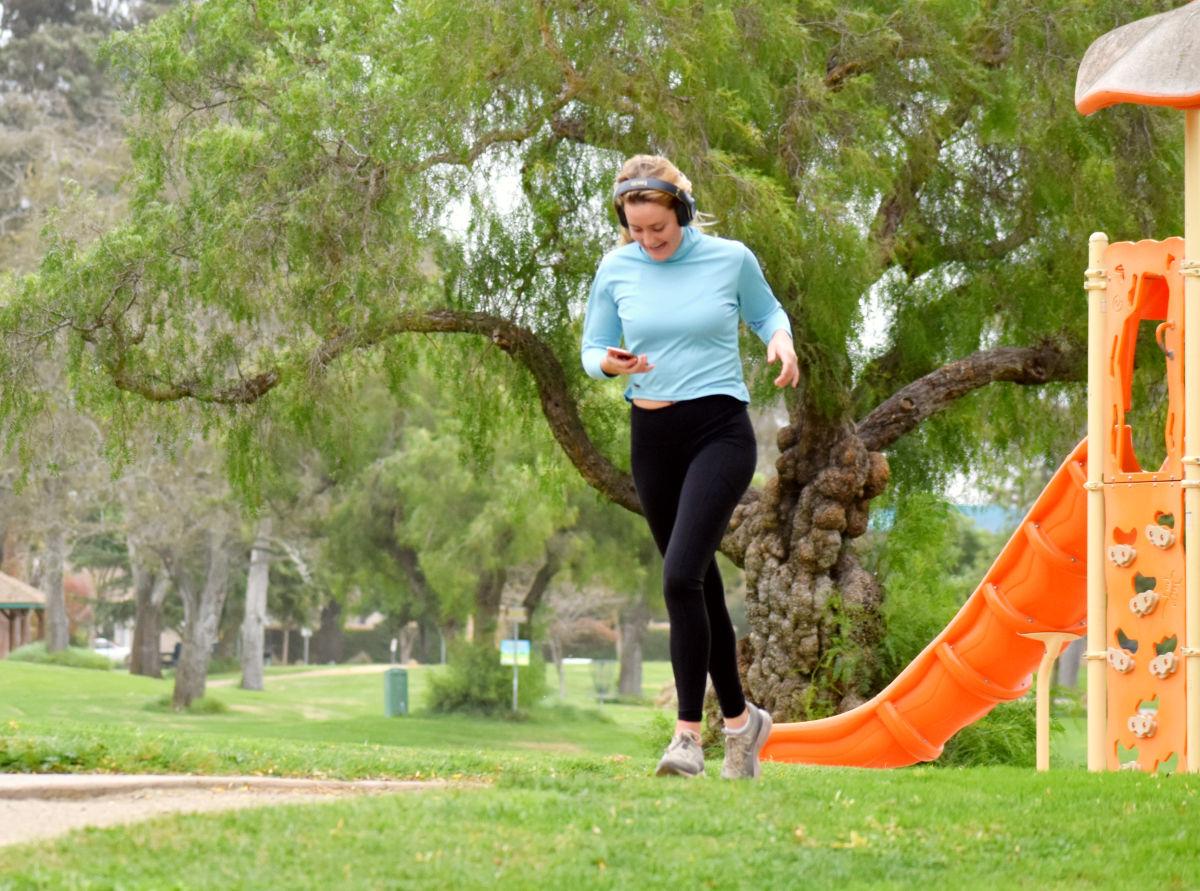 A jogger takes the path through Preisker Park Friday evening in Santa Maria. While giving feedback regarding the city's General Plan, Santa Maria residents identified parks and public services as some of the strengths of the city, and traffic congestion and safety as issues that need to change. 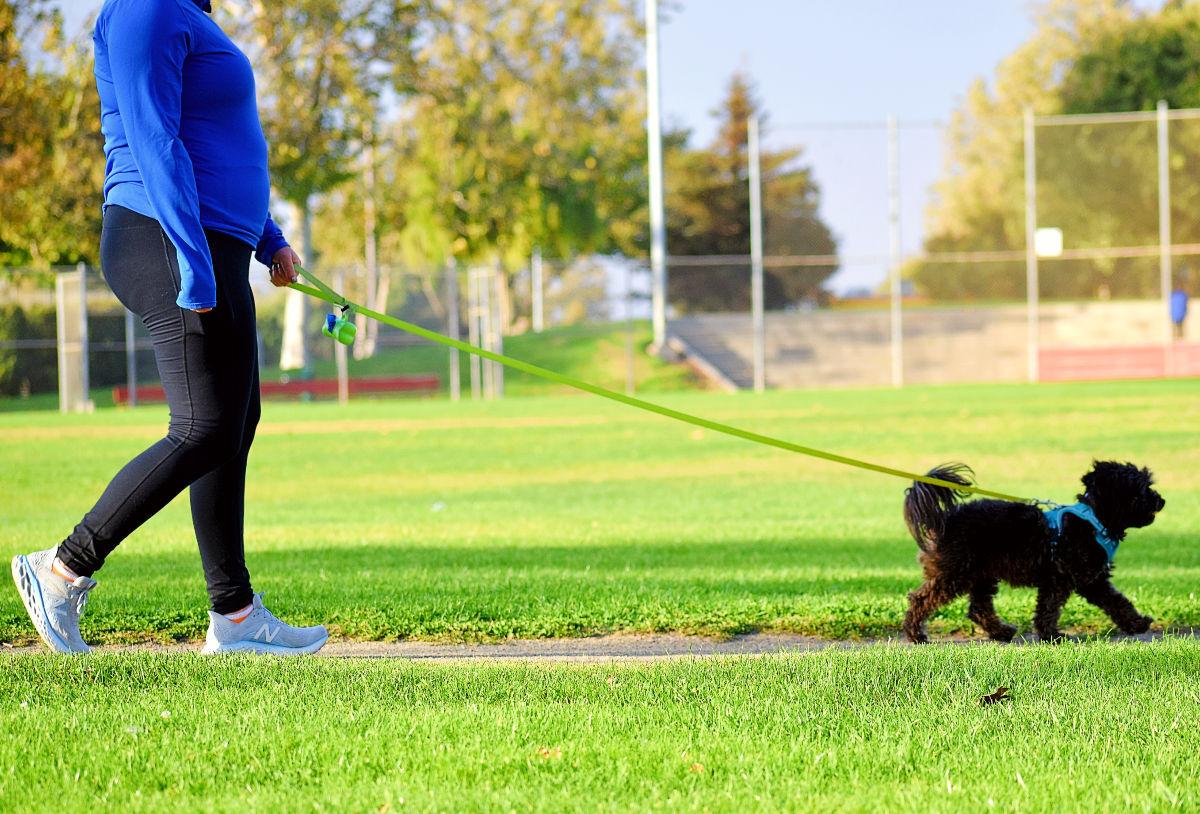 A dog and owner walk the designated path through Minami Community Park Friday evening in Santa Maria. While giving feedback regarding the city's General Plan, Santa Maria residents identified parks and public services as some of the strengths of the city, and traffic congestion and safety as issues that need to change. 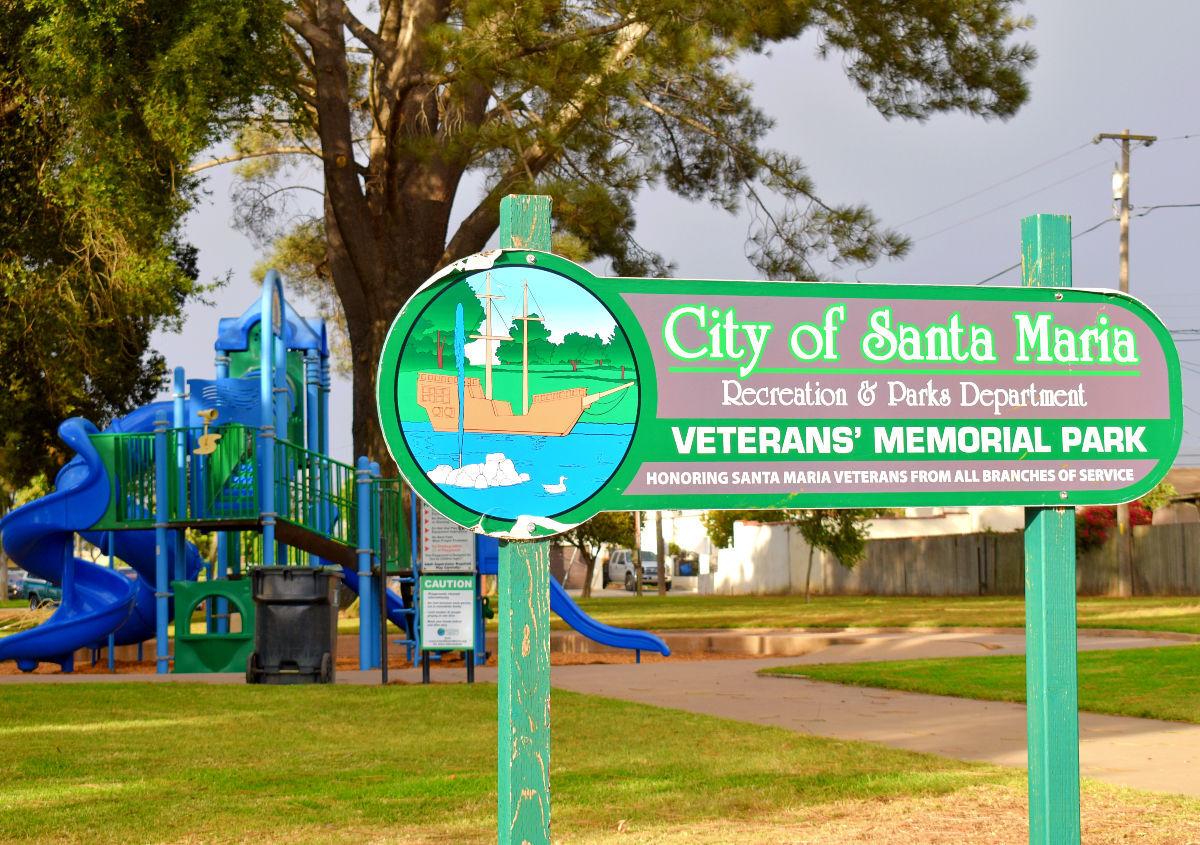 Local parks such as Veterans Memorial Park were identified as one of the city's best qualities in an initial round of community feedback as the city updates its General Plan. 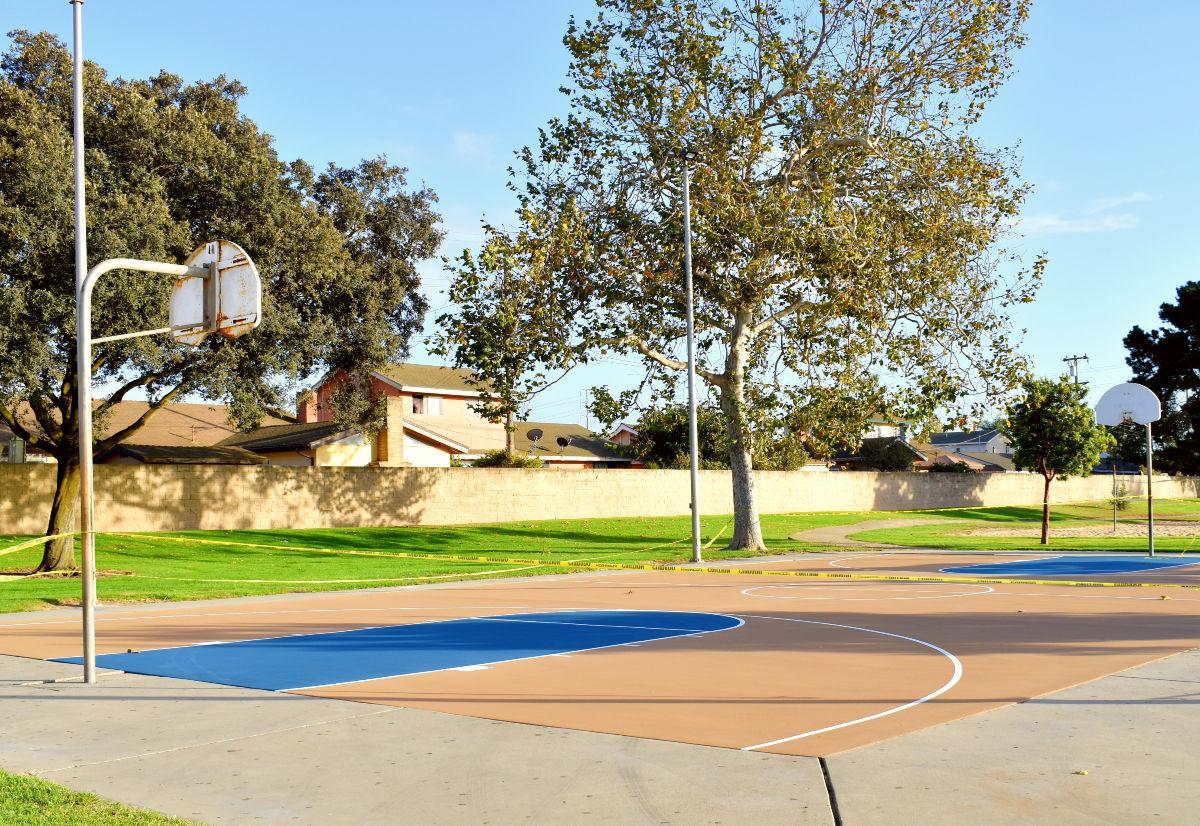 The freshly painted basketball courts behind the Minami Center near completion in Santa Maria. Projects like this are made possible through community feedback regarding the city's General Plan, which is currently being updated. 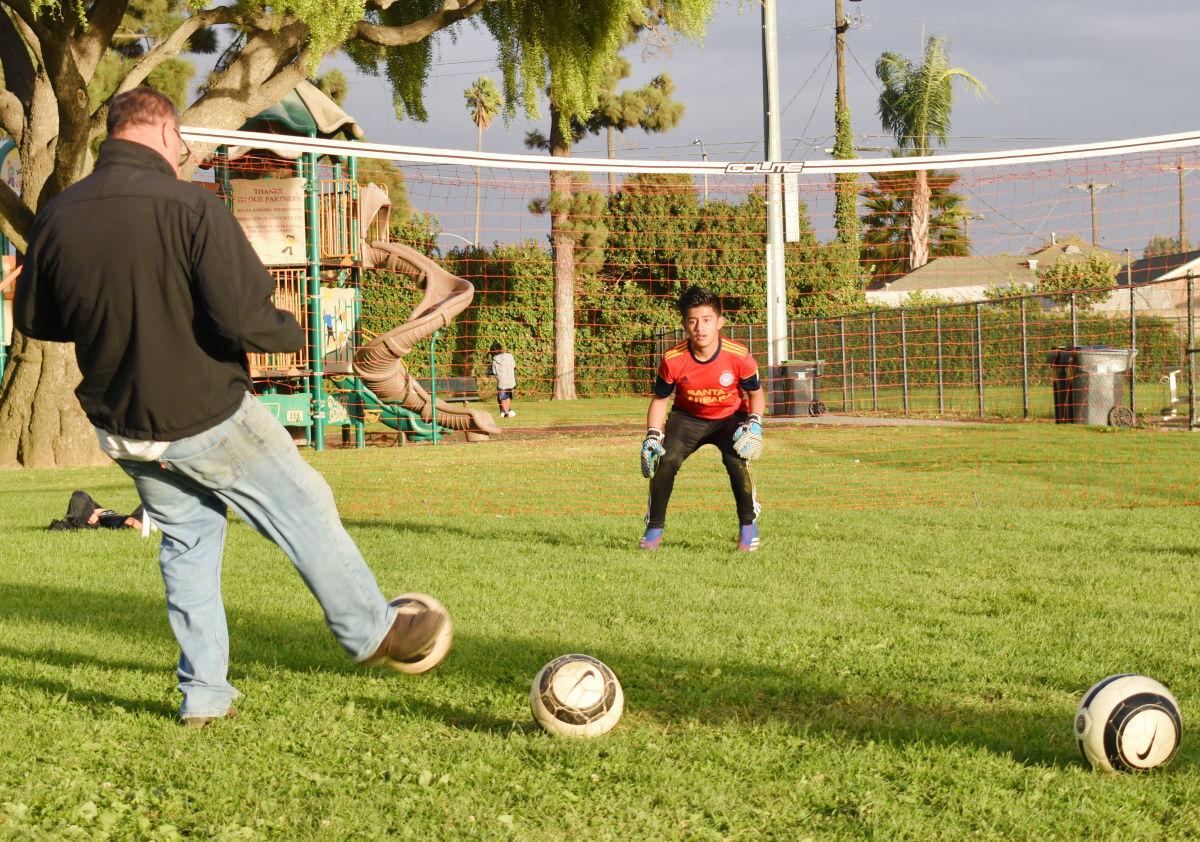 Santa Maria resident Johnny Ramirez, 14, practices at the Atkinson Community park Friday evening. In initial community surveys regarding positive and negative elements of the city, the highest number of respondents were those in the 18-and-under range.