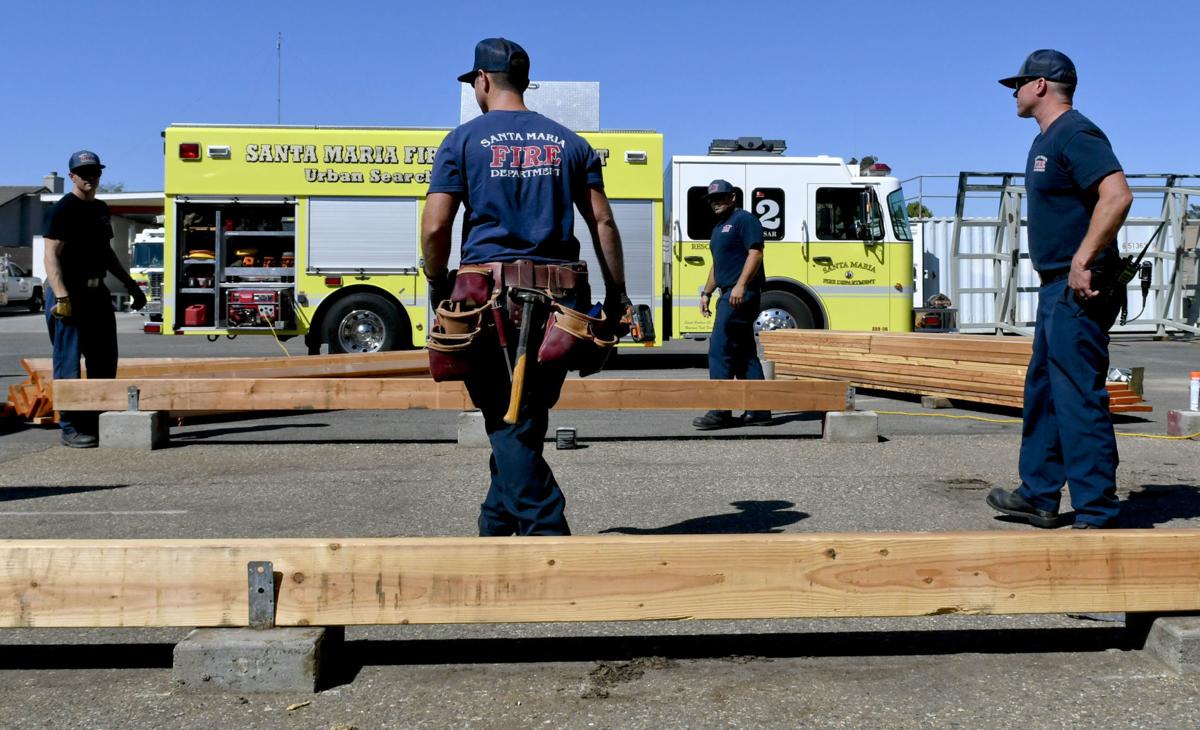 Santa Maria firefighters build a structure that will serve as a search and rescue area to train incoming firefighters in the city academy at Fire Station 2. The department was awarded a $1.6 million grant from FEMA that will support an additional response unit, including nine more firefighters. 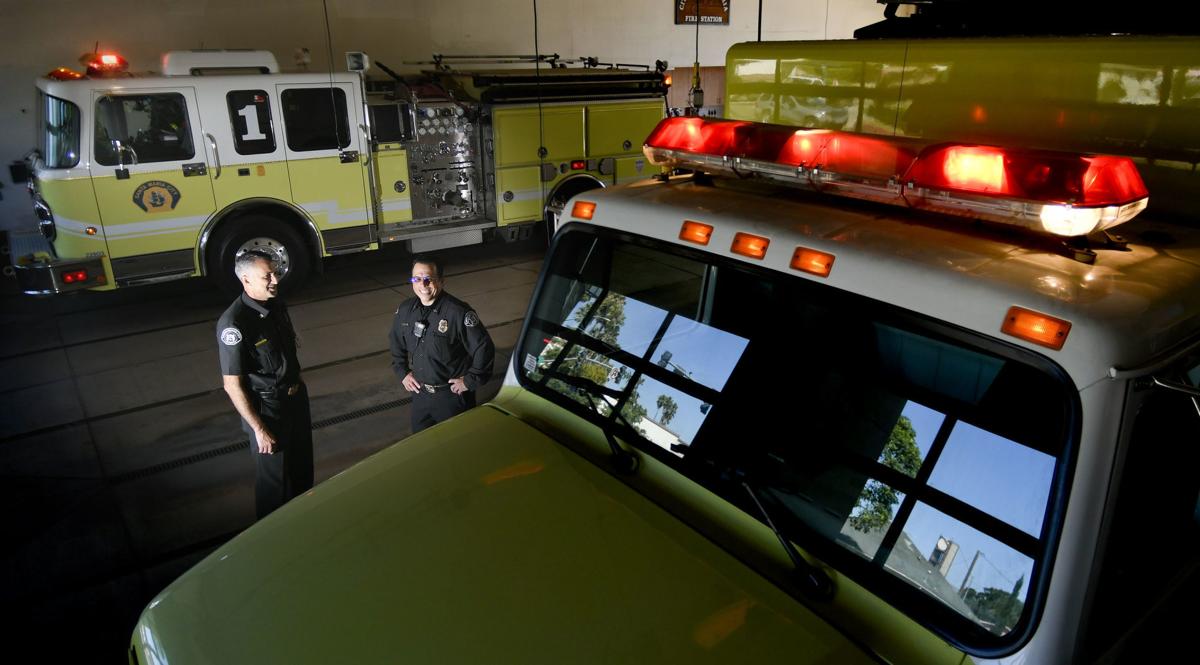 With support from a $1.6 million federal grant, the Santa Maria Fire Department will hire staff for an additional response unit, doubling the number of firefighters at its downtown firehouse.

The grant, which the city learned it received late last week, will provide funding to support nine positions over three years. The money is from the Federal Emergency Management Agency’s Staffing for Adequate Emergency Response (SAFER) grant program.

The new positions will increase the number of firefighters at any given time at Station 1 from three to six, according to Fire Chief Leonard Champion.

“At every fire station there’s three firefighters,” he said. “This will be the first station where we have two units actually staffed and responding.”

The new response unit will be based at Station 1, 314 W. Cook St., along with the city's aerial ladder truck unit. One unit is defined as an engine with three firefighters.

The new unit will allow the department to deploy an adequate number of firefighters at structure fires and improve emergency response times, Champion said.

“When we get a structure fire in the city, we’re going to have automatic coverage built in, and we’re not going to be relying so much on our mutual aid agencies to come in to cover the next emergency,” Champion said.

The department runs over 10,000 calls each year with less staffing than its sister departments with equal population sizes, according to Battalion Chief Tony Clayburg.

“Santa Barbara has fewer people [than Santa Maria] but they have eight stations. We have five stations. They have nine response units, and we’ll have six once this new unit is here,” Clayburg said.

The new grant is the first time the city has received the SAFER grant since 2012, when the grant supported the hiring of a unit at the city’s then-new Station 5 for two years.

The Fire Department is in the hiring process, and the new response unit is expected to be fully staffed and operational in the second quarter.

Outside of the nine positions that will staff the new response unit, the department is hiring for five other vacancies, thanks to Measure U revenue.

In June 2020, the fire department is set to receive two new engines. One will be used by the new response unit at Station 1, while the other will replace an old engine in use at Station 4.

“It’s an exciting time in the history of this department,” Champion said.

Triple-digit heat to give way to cooler late-week temperatures

A high-pressure system that brought triple-digit temperatures to Santa Maria will begin weakening Wednesday, leading to milder weather in the …

To guard against volatility in the amount of state water it receives, Santa Maria and several other Central Coast Water Authority members are …

The Santa Maria City Council will on Tuesday consider approving several amendments to its previously adopted city budget for 2019-2020, most notably to utilize Measure U funds to hire an additional six firefighters.

Santa Maria firefighters build a structure that will serve as a search and rescue area to train incoming firefighters in the city academy at Fire Station 2. The department was awarded a $1.6 million grant from FEMA that will support an additional response unit, including nine more firefighters.