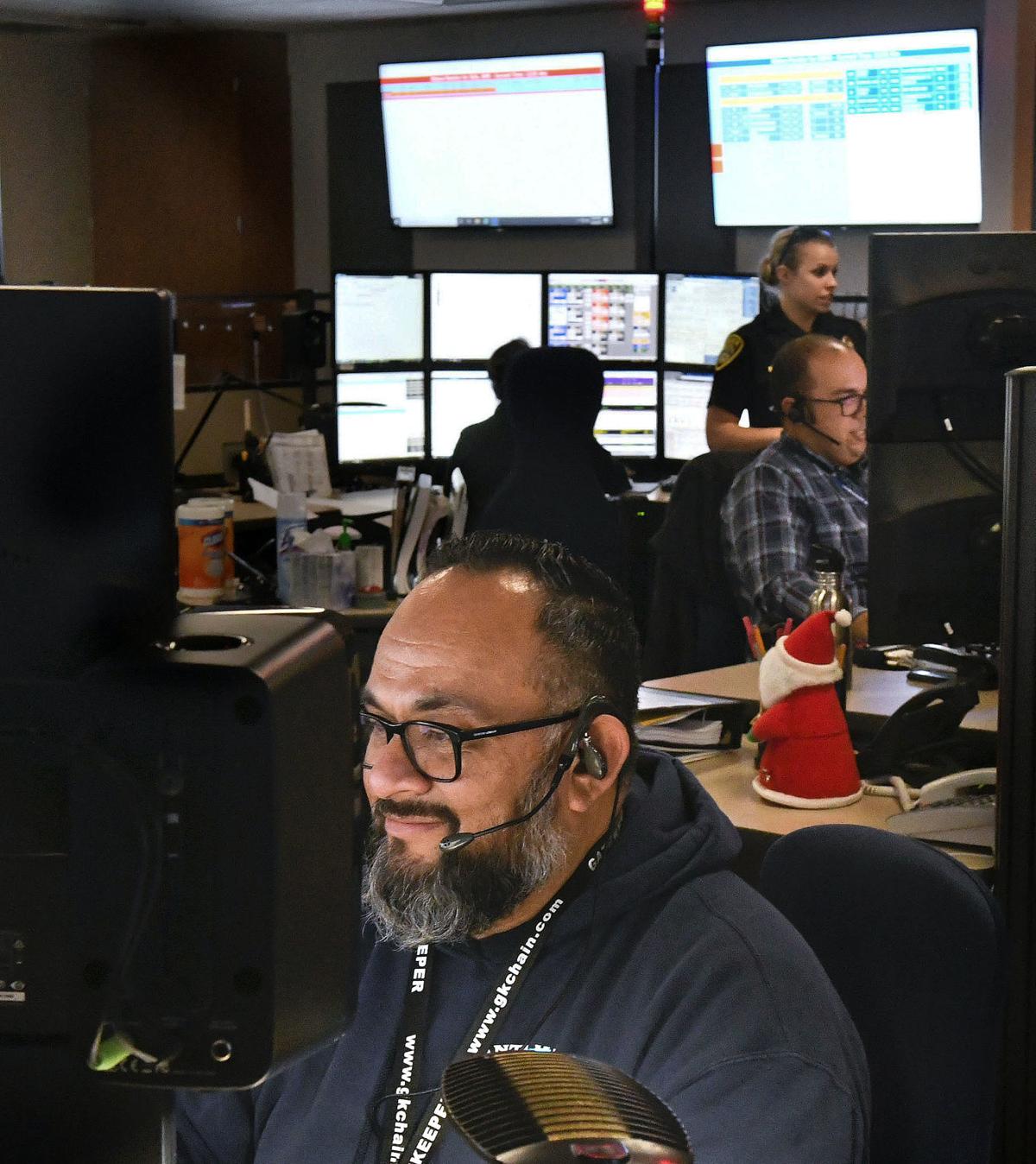 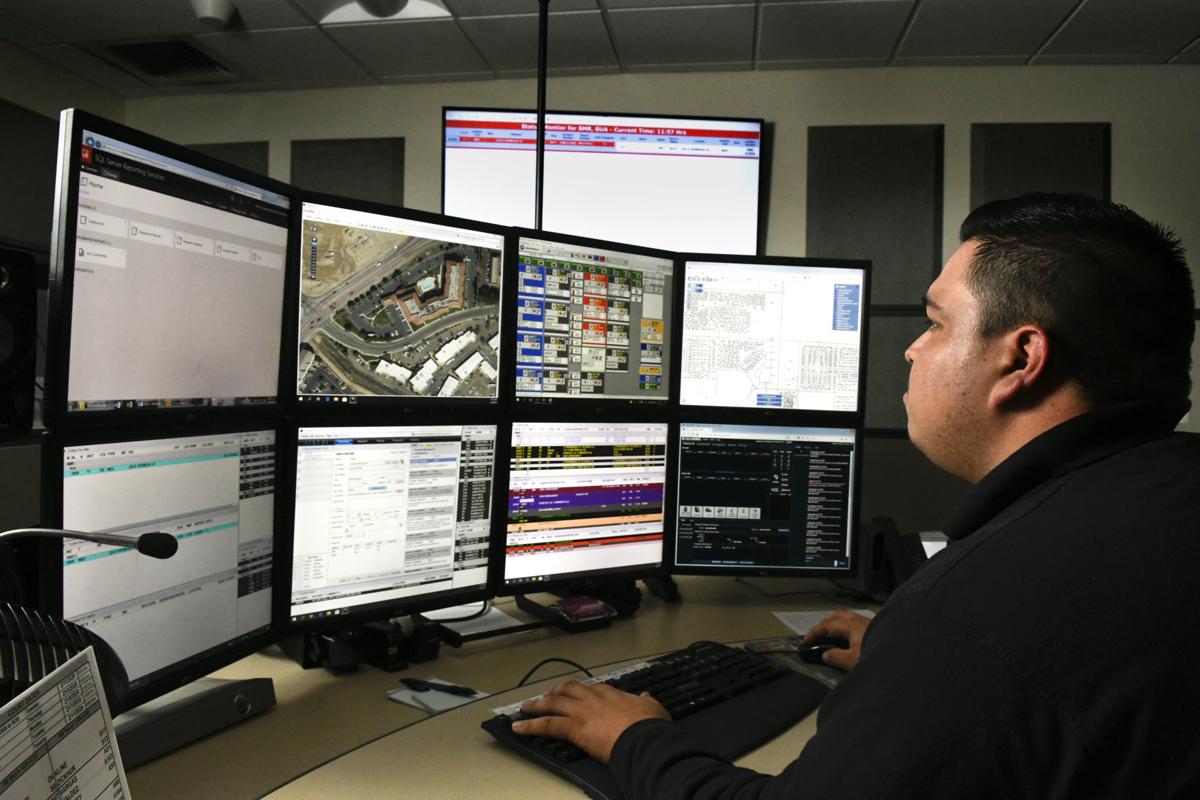 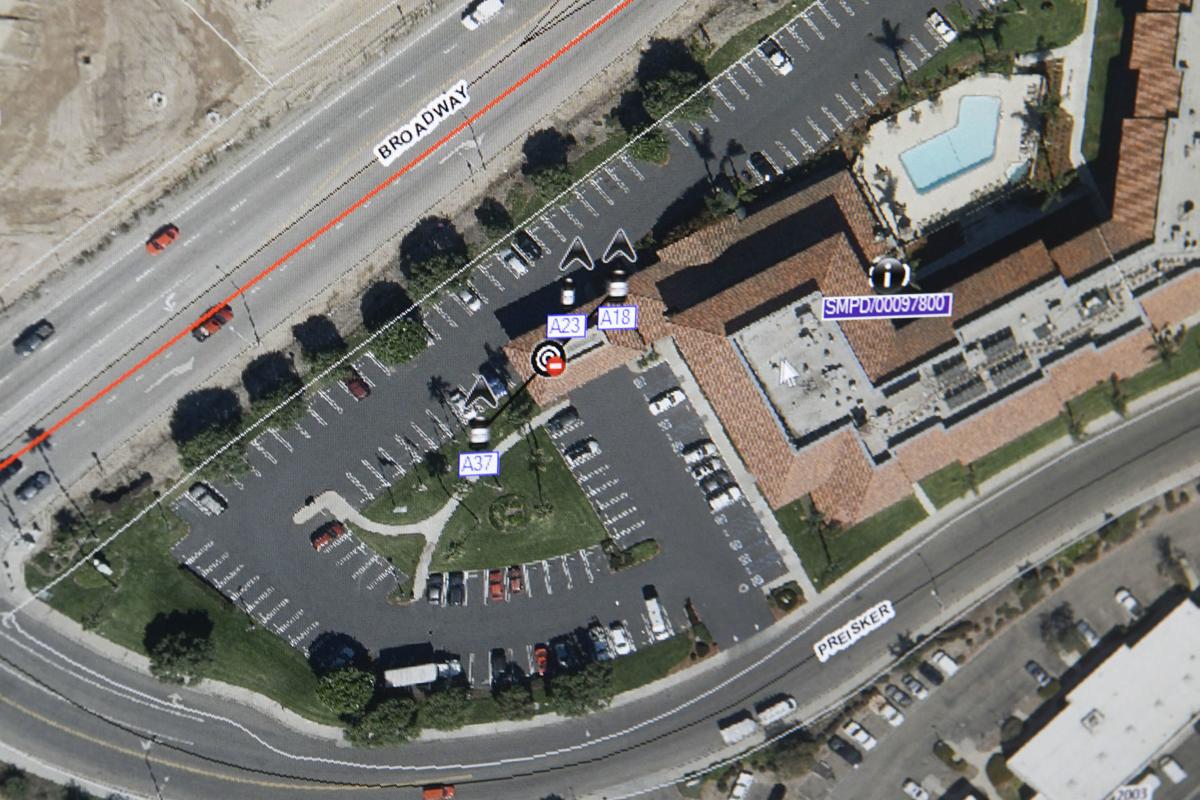 The location of two Santa Maria police officers is shown on a display at new computer-aided-dispatch system at police headquarters. GPS monitoring of the officers and their vehicles is combined with recent file aerial photos to generate the view. 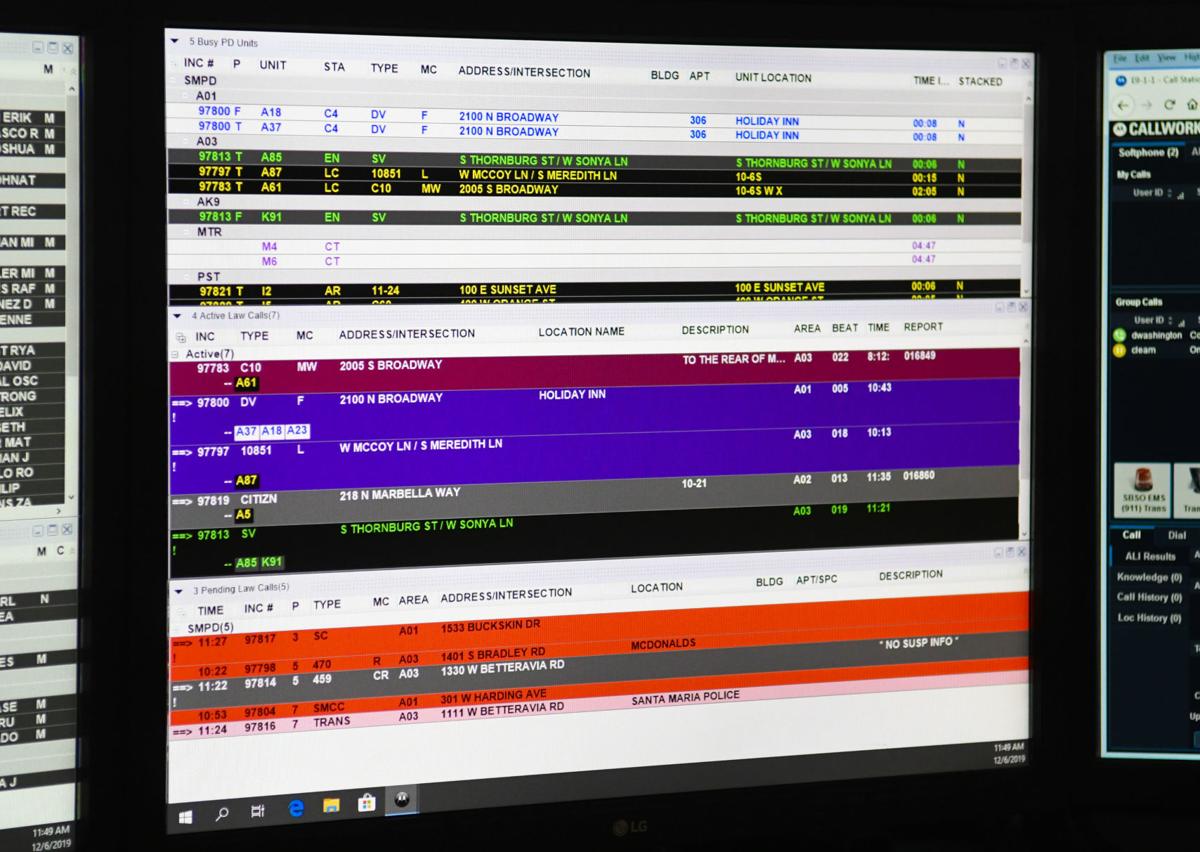 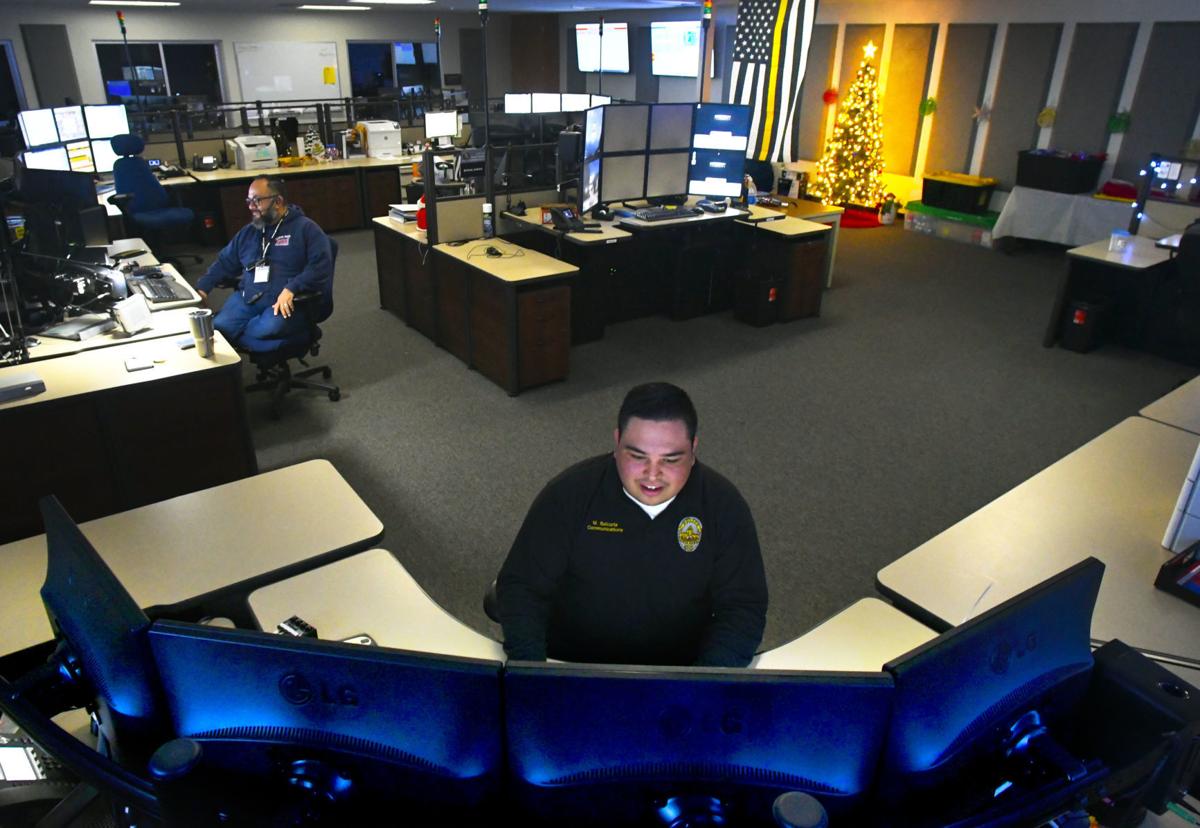 The upgrades — the result of a 2016 contract between the city and Motorola — include new computer-aided-dispatch workstations, fitting patrol vehicles and fire engines with mobile data computers along with setting up in-car mobile radios and hand-held radios.

The new CAD and records management system cost $3 million, according to city spokesman Mark van de Kamp. An additional $2.8 million will be billed to the city over the next 10 years for maintenance and support provided by Motorola.

On Dec. 3, Chief Information Officer Jeff Marecic gave a presentation about the CAD system to the City Council and outlined the benefits it would provide the city’s police and fire departments.

Cmdr. Marc Schneider said the dispatch system combined with the city’s geographic information system would ensure that the closest officers would be dispatched when the city receives an emergency call.

“When a 911 call comes in, for (dispatchers) to be able to look at the monitors and see a police officer is maybe two block away from this incident and immediately direct them and at the same time, tell the caller that there’s an officer just blocks away is reassuring,” he said. “Prior to this new system, we didn’t really have that capability unless the officer was telling the dispatcher directly where they were.

“Oftentimes, people are on the other line in a real tense situation wondering how long it’s going to be for help to arrive,” Schneider said.

The mobile data computers in the patrol vehicles allow officers to file reports from their patrol vehicles, reducing the number of trips officers need to make to return to police headquarters, Schneider said.

Vandenberg Air Force Base at high risk of water scarcity, according to report

A Government Accountability Report published on Nov. 27 identified Vandenberg Air Force Base as among the critical military bases most at risk for water scarcity.

“Prior to that, they’d have to typically come into the police station, log into a desktop and complete their reports,” he said. “It’s allowing officers to stay in the field and respond from the center of town as opposed to maybe coming from the Betteravia headquarters.”

The new system went into use Nov. 5 and it has already demonstrated benefits to the fire department, according to Chief Leonard Champion.

“We had a unit get dispatched for a medical call and as the captain went into the unit, he pulled up the (mobile data computer) information and saw that the dispatcher had put in there information about a subject with a gun,” he said. “With that information, they were able to adjust the response and approach it in a more safe manner.”

Councilman Mike Cordero, who spent 36 years with the Santa Maria Police Department before his retirement in 2008, said he was happy to see the city adopt new technology.

“This particular program is obviously light-years ahead of where I came from,” he said. “It’s such a welcome opportunity to see this come to our community. It puts us way ahead of other departments.”

Store employees expected to sell around 50,000 doughnuts on opening day.

Dozens of Santa Maria Police officers and city employees were honored for their extraordinary accomplishments at an awards luncheon on Wednesday, including a team that played a vital role in implementing a new, multi-million dollar public safety dispatch system that went live in November 2019.

The location of two Santa Maria police officers is shown on a display at new computer-aided-dispatch system at police headquarters. GPS monitoring of the officers and their vehicles is combined with recent file aerial photos to generate the view.