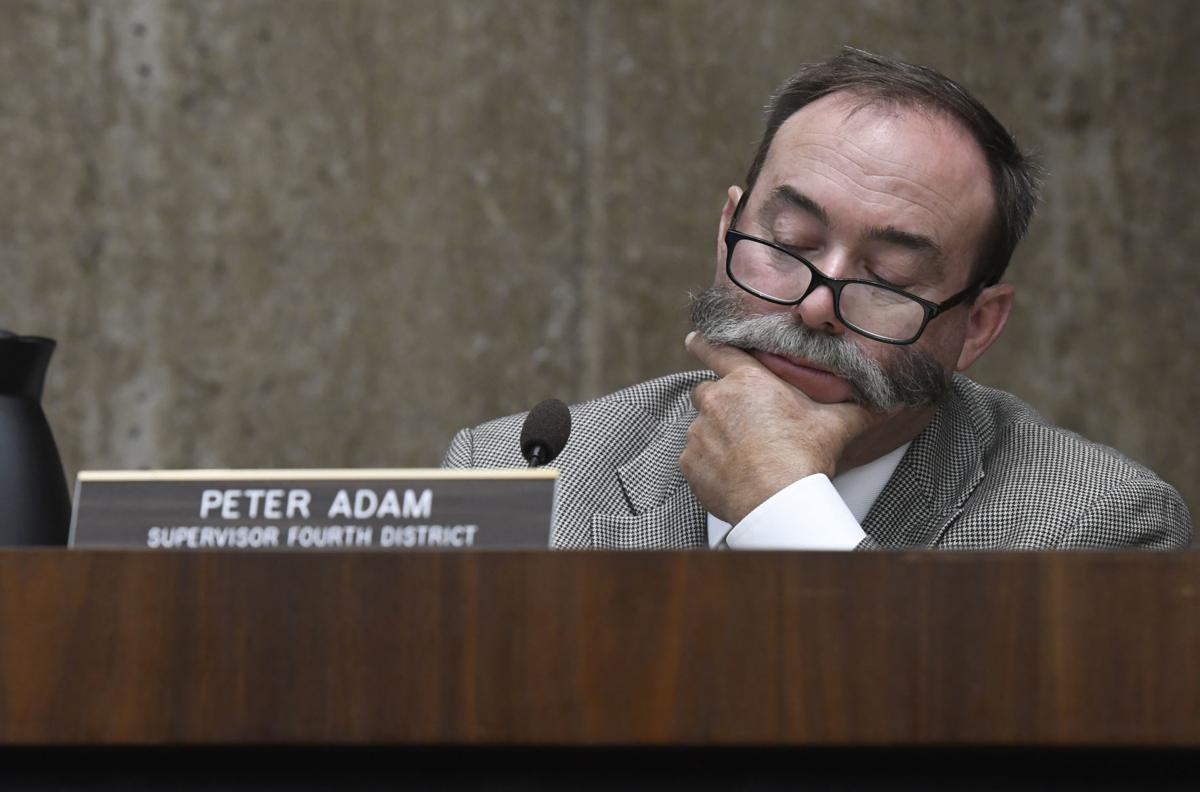 Fourth District Supervisor Peter Adam, shown July 16, was the sole dissenter in the Santa Barbara County Board of Supervisors' 4-1 vote to approve the 1,575-acre cap on cannabis cultivation in the unincorporated areas of the county outside the Carpinteria Agricultural Overlay zone and adding two new business licensing fees to recover the cost of staff time. 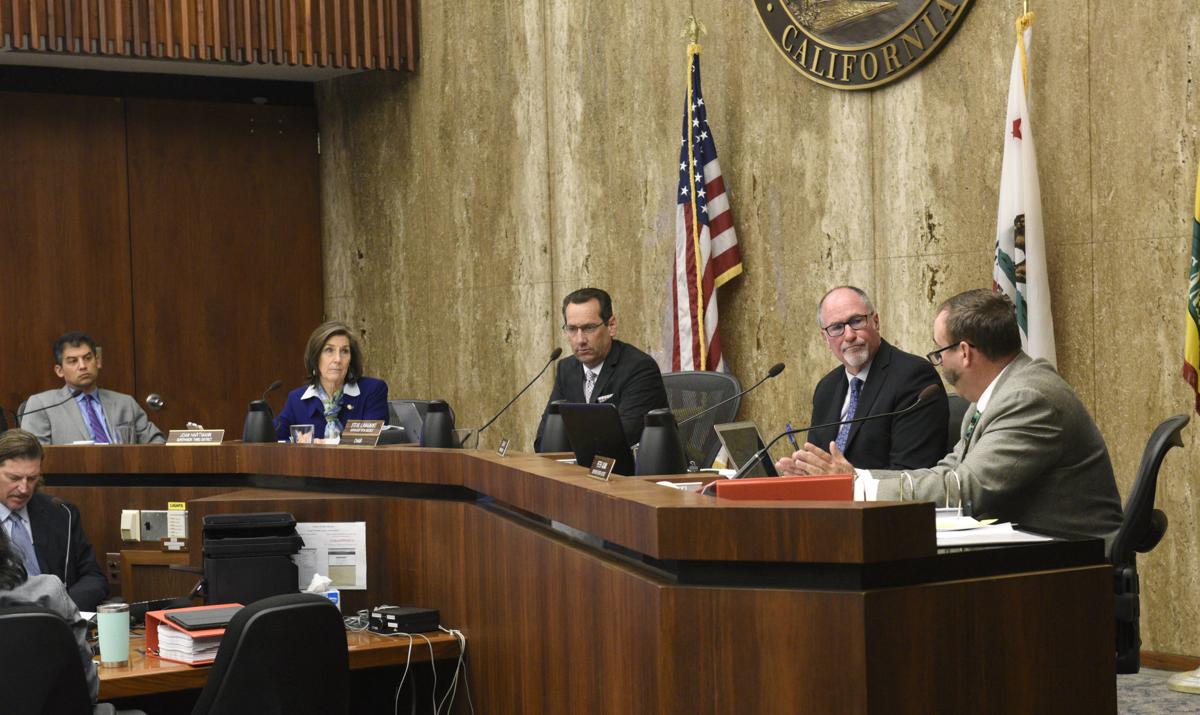 Santa Barbara County residents and businesses may be getting greenhouse-gas-free electricity from renewable sources in a year or so after the Board of Supervisors voted to join the Monterey Bay Community Power Authority.

Supervisors voted 4-1 Tuesday, with 4th District Supervisor Peter Adam dissenting, to obtain the county customers’ electricity through the Monterey Bay Community Choice Energy project, although the board will have opportunities to pull out before the power starts flowing to customers, probably sometime in 2021.

Customers also will have the ability to opt out of the program and continue receiving electric service from Pacific Gas and Electric Co. in the North County and Southern California Edison Co. in the South County.

Electricity supplied by Monterey Bay Community Power will be transmitted through lines owned and maintained by PG&E and Edison, both of which will continue to handle billing services.

Joining the Monterey Bay program won’t achieve all those goals to the extent county officials hoped, particularly in the areas of local control, economic development and reducing electric rates.

But compared to the county forming its own regional Community Choice Energy program, it will get the system online sooner, cost far less money and pose less risk, according to an updated feasibility study.

Adam called the program an “arbitrage scheme” — simultaneously buying and selling a commodity in order to profit from an imbalance in the price.

“I just think this is completely beyond the scope of our duty, and I don’t see, with all the stuff in our wheelhouse that we should be focused on, I don’t think it’s appropriate for us to be doing this at all,” he said.

First District Supervisor Das Williams said the hard part for him was deciding whether the county should create its own program or join the Monterey Bay program, but he noted people want a “cleaner energy future.”

“This is one of the most substantive ways we can move to it,” he said. “I believe Monterey is on the right path.”

Second District Supervisor Gregg Hart agreed: “This is an opportunity … to make a significant dent in the [greenhouse gas] crisis in this county.”

Although Board Chairman and 5th District Supervisor Steve Lavagnino was opposed to the county forming its own Community Choice Energy program at a cost estimated from $2.5 million to $9 million, he joined the majority to approve joining the Monterey Bay program.

Of the five members of the public who spoke, all but one supported joining the Monterey Bay program, which includes San Benito, Santa Cruz and Monterey counties and most of their cities and may soon include six of San Luis Obispo County’s cities.

If all goes as planned, the program will launch in Santa Barbara County in 2021. Santa Maria and Guadalupe have expressed interest in joining Monterey Bay but delayed taking action until supervisors made a decision.

Buellton and Solvang have been noncommittal, and Lompoc is not participating because the city has its own electric utility. All the South County cities want to join except Santa Barbara, which plans to pursue its own program.

According to the feasibility study, electric rates are expected to drop $2 for Edison customers and $8 for PG&E customers.

About 34% of power received by customers in both service areas will be from renewable solar and wind sources and 100% will be greenhouse-gas-free.

While President Donald Trump has abandoned plans to have a citizenship question appear on the 2020 Census, Santa Maria leaders are still plann…

To provide residents with options for lower-cost electricity from carbon-free sources, the Guadalupe City Council on Tuesday narrowly approved…

Santa Barbara County Employees Retirement System reported the fund returned an estimated 8.10% on a gross basis, resulting in a net return of 7.74% for the fiscal year ending June 30. The system’s invested assets at the end of the fiscal year stood at $3.17 billion, an increase of more than $202 million above the prior fiscal year’s end asset value, said Gregory Levin, chief executive officer.

After postponing a decision three months ago, the Santa Maria City Council on Tuesday will reconsider joining the Monterey Bay Community Power…

Fourth District Supervisor Peter Adam, shown July 16, was the sole dissenter in the Santa Barbara County Board of Supervisors' 4-1 vote to approve the 1,575-acre cap on cannabis cultivation in the unincorporated areas of the county outside the Carpinteria Agricultural Overlay zone and adding two new business licensing fees to recover the cost of staff time.