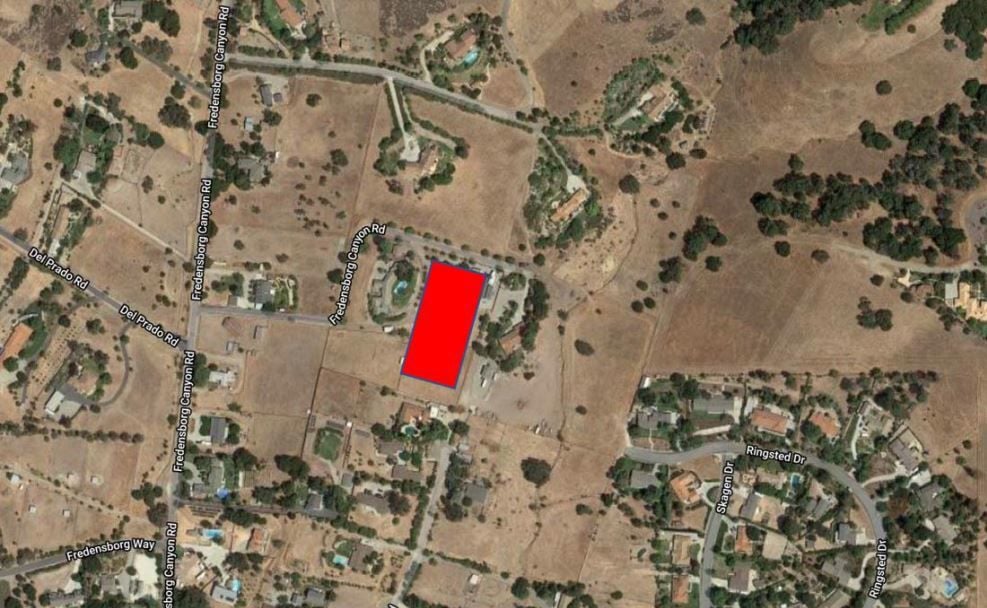 An aerial photograph from an Aug. 5 presentation by appellant Stephen Jacobs shows the site of Steve Decker's proposed greenhouse and surrounding agriculturally zoned land with residential but little or no agricultural operations. 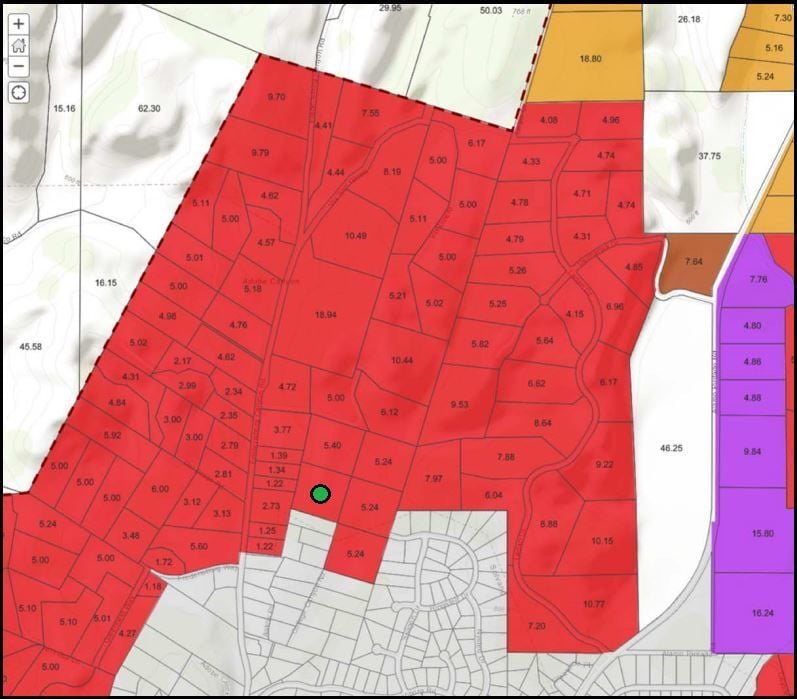 A map from Steve Decker's Aug. 5 presentation on his proposed greenhouse operation shows the site, marked with a green dot, surrounded by parcels zoned AG-1 in red. 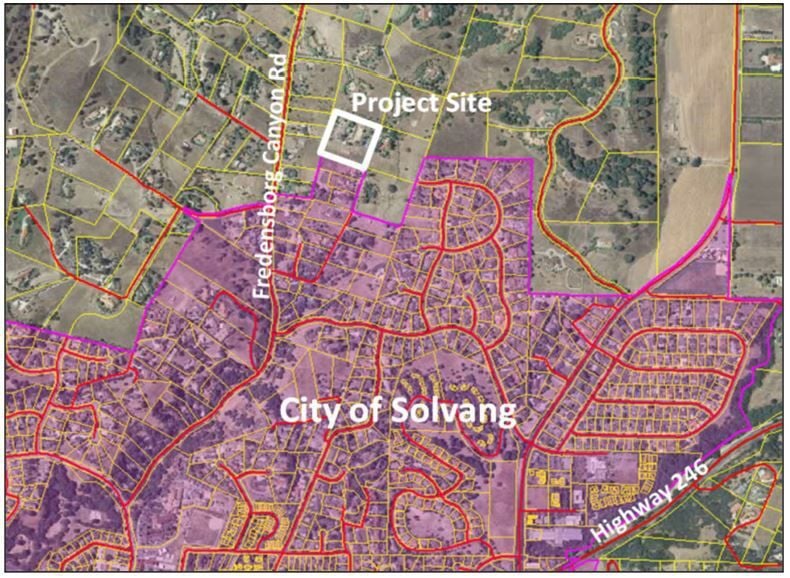 A greenhouse for growing vegetables on agricultural land adjacent to Solvang city limits was denied Wednesday when the Santa Barbara County Planning Commission unanimously determined it was incompatible with the neighborhood.

The commissioners’ decision upheld an appeal filed by neighbor Stephen Jacobs over a land use development permit the planning director granted to Steve Decker for a 15,648-square-foot greenhouse to grow vegetables on a 5.24-acre parcel zoned Agriculture 1 at 988 Fredensborg Canyon Road.

Commissioners made the decision virtually without comment because when they discussed the project in August, they determined it would not fit with residential development on surrounding agriculturally zoned lands.

“Probably the most compelling evidence for incompatibility with the community is the over 100 neighbors who have signed on to this appeal,” Jacobs said as he addressed commissioners Wednesday.

But Decker questioned the logic of the project being incompatible because his property is surrounded on three sides — outside Solvang city limits — for some distance by parcels all zoned AG-1.

Of three parcels continuous with his, two are only occupied by residences and one has a residence and equestrian facilities.

Commissioners were unmoved, however, and stuck with their previous determination.

In 2018, Decker applied for a land use permit to build the greenhouse for mixed-light cultivation of cannabis, which raised a wave of community opposition both inside and outside the city.

But the project was deemed consistent with county ordinances in 2019 and the permit was approved by the planning director the same month the Board of Supervisors adopted an ordinance amendment banning cannabis cultivation on parcels zoned AG-1 that are 20 acres or less in size.

The Planning and Development Department received an appeal of the permit on the same date the amendment that prohibited cannabis cultivation on Decker’s lot became effective, so both the permit and appeal were withdrawn.

Decker then resubmitted the application but for vegetable cultivation the same month a zoning violation complaint was filed over alleged cannabis odor from the property, although a subsequent investigation found no cannabis being grown and no cannabis odor at the site.

The greenhouse permit was approved again by the planning director and again it was appealed by Jacobs in June this year.

Jacobs' appeal said increased traffic, operational noise, visual impact and night lighting would create a nuisance and negatively affect the character of the neighborhood, and the water supply from a shared well would be inadequate.

When the appeal was heard by the commission at its Aug. 5 meeting, the Planning and Development Department staff recommended it be denied because a greenhouse is designated an appropriate use on land zoned AG-1.

The staff also said noise, dust, smoke and odor are natural consequences of agriculture, and a new well drilled as part of the project would provide adequate water.

But commissioners disagreed and directed the staff to develop findings to support their point of view, which they adopted Wednesday.

What you need to know for Thursday, October 8

An aerial photograph from an Aug. 5 presentation by appellant Stephen Jacobs shows the site of Steve Decker's proposed greenhouse and surrounding agriculturally zoned land with residential but little or no agricultural operations.

A map from Steve Decker's Aug. 5 presentation on his proposed greenhouse operation shows the site, marked with a green dot, surrounded by parcels zoned AG-1 in red.