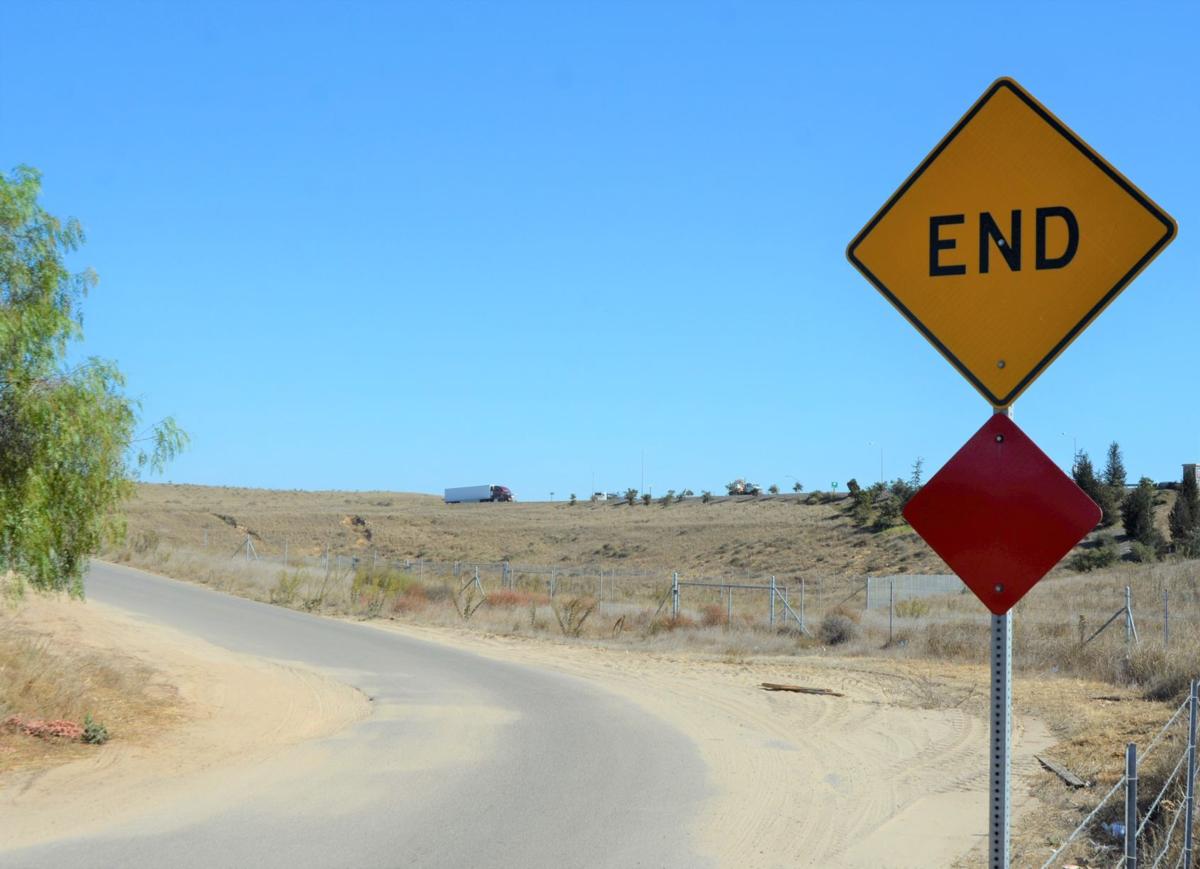 A unanimous decision by the Santa Barbara County Planning Commission paves the way for a long-awaited connection between Rodeo Drive, which serves the Elks Unocal Event Center, and Union Valley Parkway. 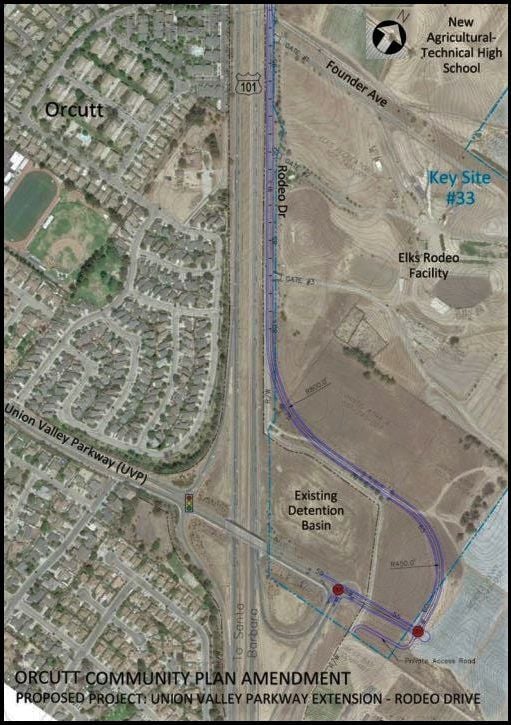 The conceptual plan for connecting Union Valley Parkway, near bottom, with Rodeo Drive, at top, shows the project area in purple on this detail of a map in the Santa Barbara County Planning and Development Department report on the proposal delivered to the Planning Commission on Wednesday.

Amendments to the Orcutt Community Plan that will allow Union Valley Parkway to be connected to Rodeo Drive at the Elks Unocal Event Center were approved Wednesday by a unanimous vote of the Santa Barbara County Planning Commission.

Approval of the amendments marks the first step in what county staff called a “multistep, multiyear process,” and a Caltrans District 5 spokeswoman said it could take three years or more to complete the necessary steps before construction could even begin.

Currently, the concept is to improve the roadway commonly called Rodeo Drive southward from Founder Avenue at the Event Center’s Gate 1 past Gate 3 to near where it becomes a private road known as Morningside Drive.

The roadway would then turn eastward in a wide “S” curve to connect with Union Valley Parkway about 400 feet east of where it currently dead-ends at the Highway 101 on- and offramps.

The total distance of new and improved roadways would be about 2,500 feet.

“This is a community project and it is supported by many,” Laurie Tamura of Planning Concepts and a 35-year resident of Orcutt told the commission Wednesday.

Tamura said the Union Valley Parkway project has been on maps since 1963, but when the Orcutt Community Plan was completed in 1997, it was inadvertently not included.

So the plan’s Transportation Element had to be amended to add the connection, and Tamura said it will also have to be added to Santa Barbara County Association of Governments’ Regional Transportation Plan and Caltrans’ maps.

Although Union Valley Parkway, often referred to as UVP, was connected to Highway 135 in October 2013 and its interchange at Highway 101 was opened in May 2014, there was no plan in place to connect UVP to the roadway known locally as Rodeo Drive.

Allen Bell, supervising planner for the Planning and Development Department Long Range Planning Division, said connecting UVP to Rodeo Drive would provide alternate access to the Elks Unocal Event Center and relieve congestion at the Highway 101 on- and offramps at Santa Maria Way during the annual rodeo.

It also will provide alternate access and improve safety for students who will attend the new Agricultural Education and Career Technical Education Center under construction just north of the rodeo grounds.

Gary Wuitschick, director of support services for Santa Maria Joint Union High School District, said the board of education unanimously approved a resolution supporting the project Tuesday night to improve safety and access to the center.

Wuitschick said the Agricultural Education and Career Technical Education Center is scheduled for completion by the end of this year and could be occupied as soon as January, with classes scheduled to start there in August 2021.

It’s expected to serve 504 students per day, starting with 84 students resulting in 18 bus trips to and from the center, in addition to traffic from teachers, support personnel and vendors.

But students also will be driving their own cars to the center, especially in mornings and evenings as well as weekends, to care for livestock and conduct other farm activities.

“It is an educational facility, but it is also going to be a working farm,” Wuitschick said

What’s next for UVP?

The steps that Caltrans District 5 says must be completed before construction can begin on the Union Valley Parkway connection to Rodeo Drive are:

• The project must be included in the Santa Barbara County Association of Governments’ Regional Transportation Plan.

• The need for the project must be described in a project study report-project development support document with ballpark estimates of construction, right-of-way acquisition and environmental study costs.

• Project report prepared to obtain approval of new connection to freeway from the California Transportation Commission, and a revised freeway agreement between Caltrans and San Luis Obispo County is executed.

• After project and freeway connection are approved, detailed design and right-of-way acquisition may begin.

• Rights acquired from abutting property owners so access to freeway can be controlled.

What you need to know for Thursday, October 15

Your weekly look at our top local headlines, columns, and stories that were the most talked about and shared this week.

Full reopening of the two-way traffic lanes concludes the usage of a traffic signal and one-way reversing traffic control that has been in effect since February.

The project is expected to run Monday through Friday 8 a.m. to 3 p.m., every week through Nov. 13, with possible temporary highway closures to move large equipment.

A unanimous decision by the Santa Barbara County Planning Commission paves the way for a long-awaited connection between Rodeo Drive, which serves the Elks Unocal Event Center, and Union Valley Parkway.

The conceptual plan for connecting Union Valley Parkway, near bottom, with Rodeo Drive, at top, shows the project area in purple on this detail of a map in the Santa Barbara County Planning and Development Department report on the proposal delivered to the Planning Commission on Wednesday.