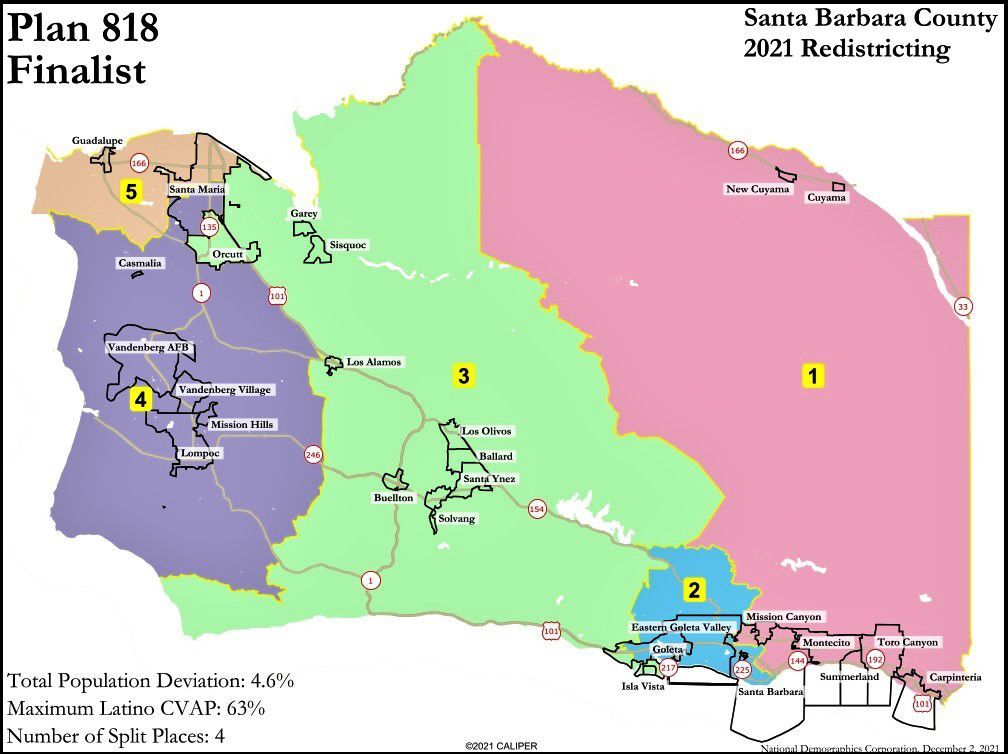 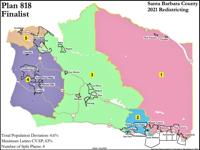 A map identified as 818-Turley-C is one of three the Santa Barbara County Citizens Independent Redistricting Commission will consider at its meeting Saturday morning. 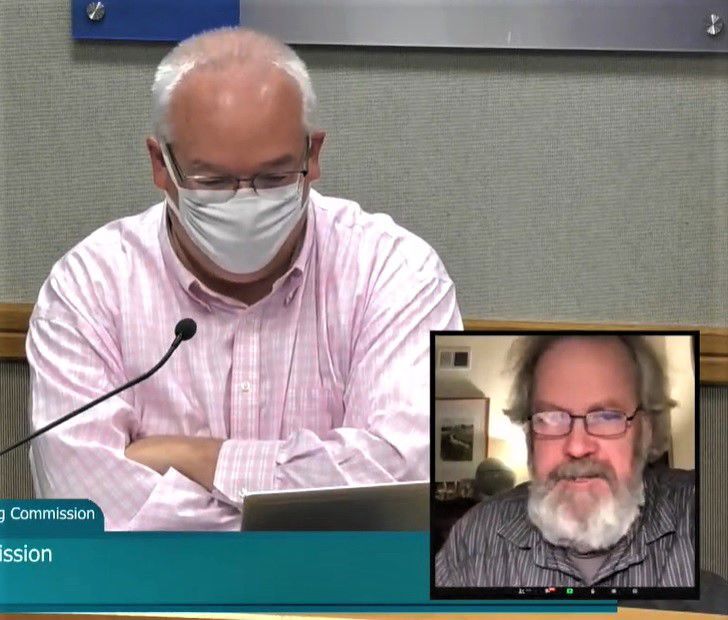 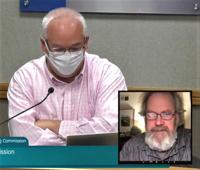 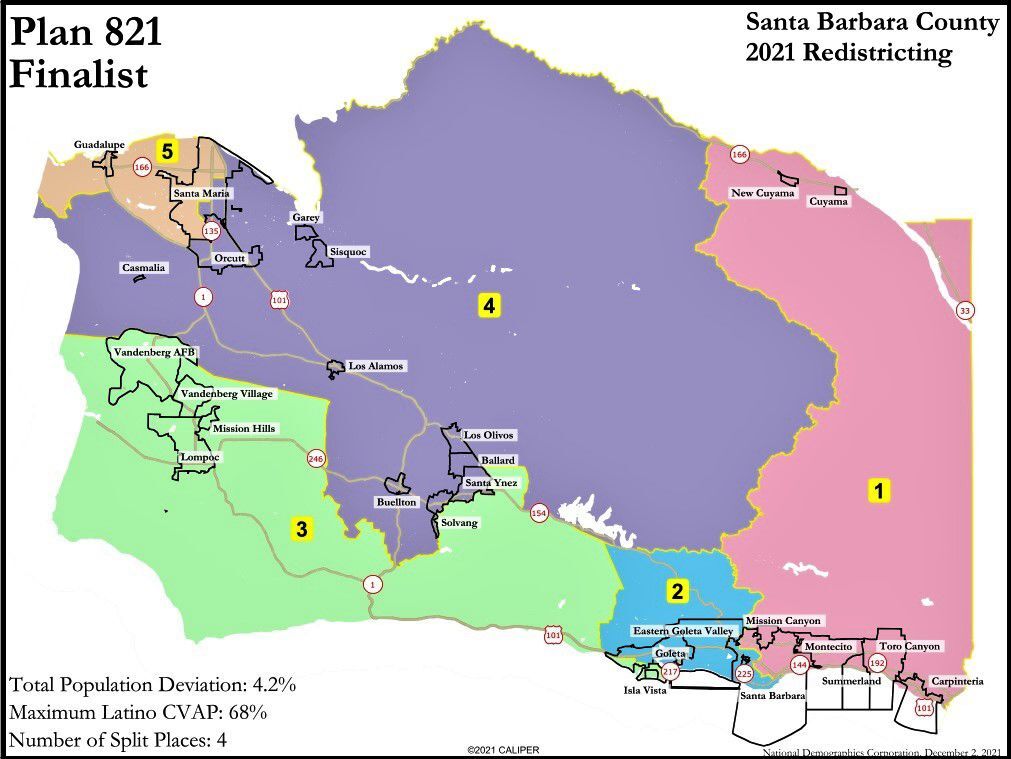 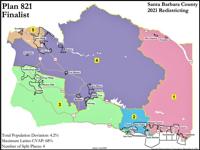 A map identified as 821-Rios-B is one of three the Santa Barbara County Citizens Independent Redistricting Commission will consider at its meeting Saturday morning. 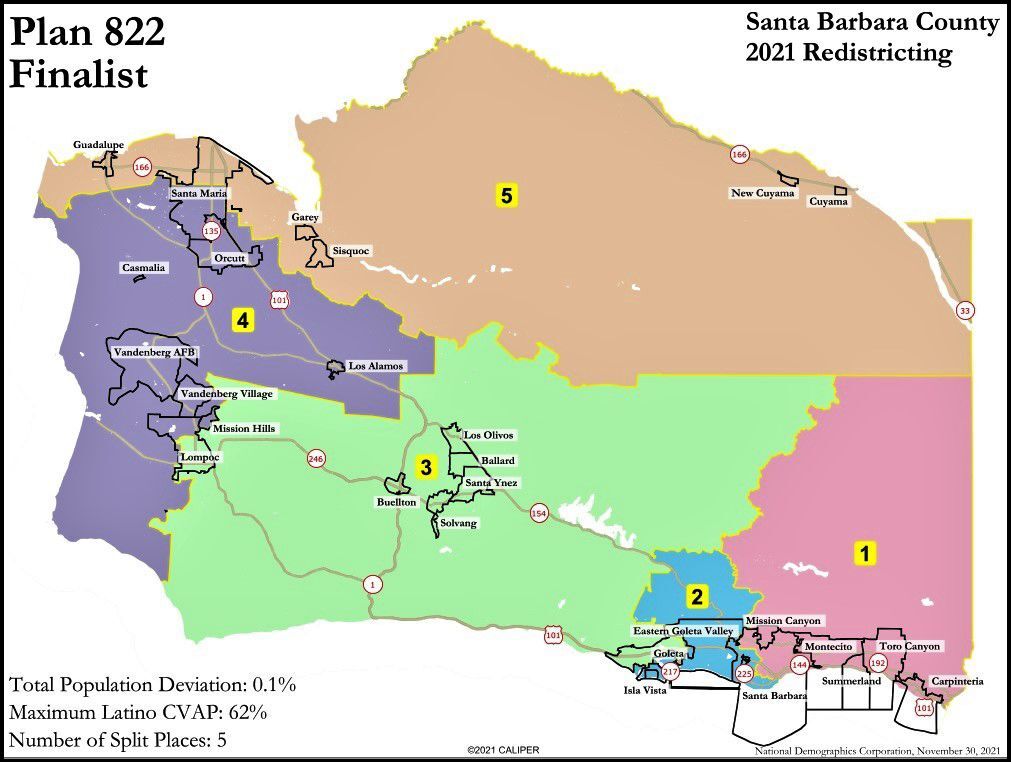 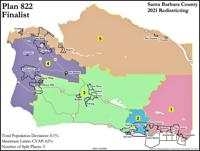 A map identified as 822-Bray/Trosky/Turley-B is one of three the Santa Barbara County Citizens Independent Redistricting Commission will consider at its meeting Saturday morning. 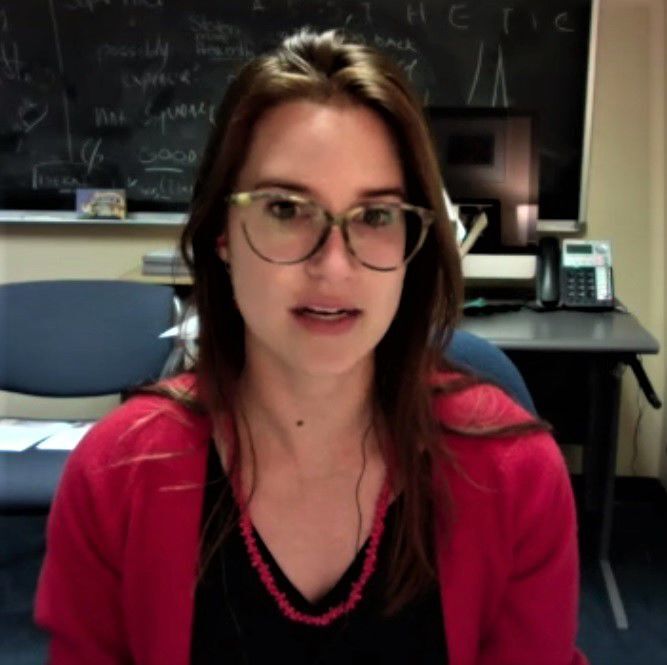 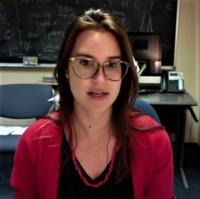 A map identified as 818-Turley-C is one of three the Santa Barbara County Citizens Independent Redistricting Commission will consider at its meeting Saturday morning.

A map identified as 821-Rios-B is one of three the Santa Barbara County Citizens Independent Redistricting Commission will consider at its meeting Saturday morning.

A map identified as 822-Bray/Trosky/Turley-B is one of three the Santa Barbara County Citizens Independent Redistricting Commission will consider at its meeting Saturday morning.

The 11 commissioners voted unanimously Wednesday, Dec. 1, to focus the three modified versions of maps initially submitted by citizens provided they can be tweaked during Saturday’s deliberations.

Maps the commissioners will focus on in the meeting starting at 10 a.m. Saturday are labeled 818-Turley-C, 821-Rios-B and 822-Bray/Trosky/Turley-B and are viewable on the commission’s website.

The commission initially considered looking at three versions of each of the 818, 821 and 822 series of maps after each group received six votes in an effort to whittle down the field.

But commissioners agreed to reduce those 12 versions to just three as long as they have the option to incorporate some of the minor boundary differences from the others.

Those boundary shifts may be made after the commission hears specific information requested from the public by 2nd District Commissioner Megan Turley during the Dec. 1 meeting, based on some of the public comments made that night.

Turley asked to hear specifically how Santa Ynez Valley has not been adequately represented under the current map; how two potential new maps — labeled 818 and 821 — would not give Latinx communities a voice; and what Carpinteria residents consider their communities of interest.

She also asked Cuyama Valley residents to relate the concerns she and commission Chairman Glenn Morris heard during a recent outreach visit, and she requested that eastside and westside Santa Barbara residents say if they should be kept together in one district or separated into two.

Turley also wanted to hear whether the Santa Ynez Band of Chumash Indians prefer to remain in the same district as the rest of the Santa Ynez Valley or be connected to their sacred ancestral lands in the Honda Ridge area.

Map 822-Bray/Trosky/Turley-B is one of two maps favored by the Santa Maria City Council; map 821-Rios-B was one of three favored by the mayor of Lompoc in public comments Wednesday; and all three of the finalist maps would meet Guadalupe City Council’s preference.

All three maps would put Guadalupe in the 5th District with at least a portion of Santa Maria, a configuration favored by Guadalupe Councilman Antonio Ramirez and Santa Maria Councilman Mike Cordero and Mayor Alice Patino.

Ramirez said “it just makes logical sense” to connect Santa Maria and Guadalupe because residents there go to Santa Maria for shopping.

Under 822-Bray/Trosky/Turley-B, the 5th District would extend from Guadalupe through northern Santa Maria, include Garey and Sisquoc and continue on to the Cuyama Valley, but it would also put southern Santa Maria, Orcutt, Los Alamos and the northern half of the city of Lompoc in the 4th District.

Map 822-Bray/Trosky/Turley-B would put the southern half of Lompoc, all of Santa Ynez Valley and most of Goleta in the 3rd District but would not connect the Chumash Reservation with Honda Ridge.

Cordero and Patino also supported map 408B, which didn’t even make the cut and would have put Guadalupe in the 4th District with Orcutt.

“The city of Guadalupe has their kids going to school in Orcutt, and it seems appropriate they should be in the 4th District,” Patino said.

Map 408B would also split Lompoc, pull Los Alamos into the 5th District and connect the Chumash to Honda Ridge but shift Cachuma Lake into the 1st District.

Map 821-Rios-B, which is one Lompoc Mayor Jenelle Osborne said her council favors, would keep all of Lompoc Valley and Vandenberg Space Force Base together in the 3rd District, which would include the Chumash Reservation, Honda Ridge and a small piece of southern Goleta.

“Lompoc Valley needs to stay whole,” Osborne said. “We need to have a large voice at the Board of Supervisors instead of a split voice.”

In the 821-Rios-B map, the 5th District would be reduced to a small area encompassing Guadalupe and the western half of Santa Maria.

The eastern half of the city would join Orcutt, Casmalia, Garey, Sisquoc, Los Alamos, Lake Cachuma and all of Santa Ynez Valley except the Chumash Reservation in a 4th District extending to the edge of Cuyama Valley, which would remain in the 1st District.

Map 818-Turley-C would also keep all of Lompoc Valley together, along with Casmalia and the southern portion of Santa Maria in the 4th District, but Orcutt would be pulled into the 3rd District with Garey, Sisquoc, Los Alamos, the Santa Ynez Valley and Cachuma Lake.

That didn’t sit well with Betty Gunn, president of the Friends of the Orcutt Library, who said Friday she fears the organization’s drive to find a permanent home for the library would be derailed if the community changes districts, since that project is a priority with current 4th District Supervisor Bob Nelson.

Under 818-Turley-C , the Chumash Reservation would be included in the 3rd District and connected to Point Conception but not to Honda Ridge; the Cuyama Valley would remain in the 1st District; and the 5th District would be a small area consisting of Guadalupe and the northern half of Santa Maria.

To join the redistricting discussion

The three finalist maps for discussion at Saturday’s meeting of the Santa Barbara County Citizens Independent Redistricting Commission can be viewed by visiting https://drawsantabarbaracounty.org/view-draft-maps/.

Although the maps have more detailed names, their links are listed simply as finalists 818, 821 and 822.

The commission will consider the three maps at its meeting set for 10 a.m. Saturday in the Planning Commission Hearing Room, 123 E. Anapamu St., Santa Barbara.

Commissioners will consider adopting a final map when they meet at 6 p.m. Dec. 8, also in the Planning Commission Hearing Room.