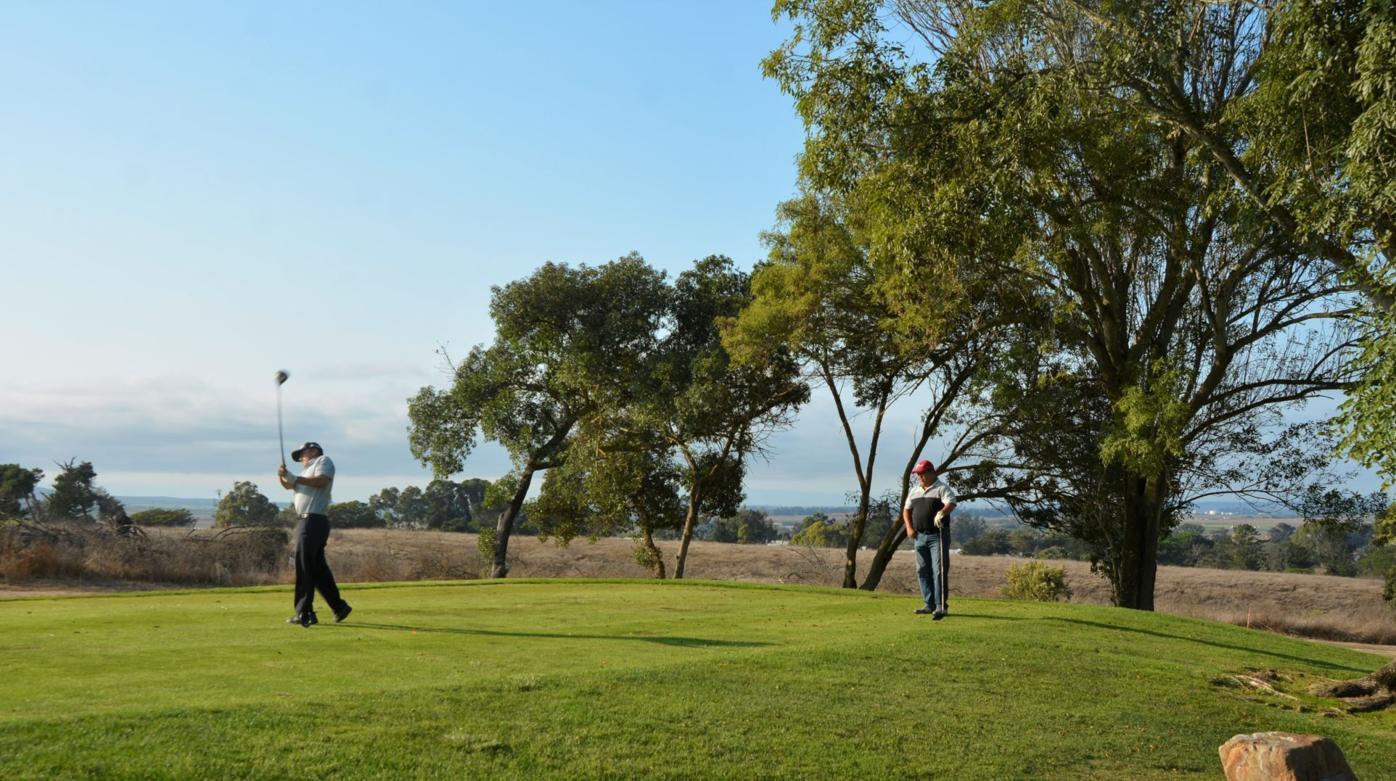 A golfer tees off on the 11th hole at Rancho Maria Golf Club on Oct. 8, 2020. The Santa Barbara County Planning Commission plans to recommend the Board of Supervisors deny a project that would place houses on vacant land behind the tee but delayed that vote April 7 so commissioners can review changes they requested for findings that would support the denial.

Santa Barbara County 3rd District Planning Commissioner John Parke, inset, talks about findings for recommending the Board of Supervisors deny the Neighborhoods of Willow Creek and Hidden Canyon proposed for property within and around Rancho Maria Golf Club in Orcutt during the commission meeting April 7. 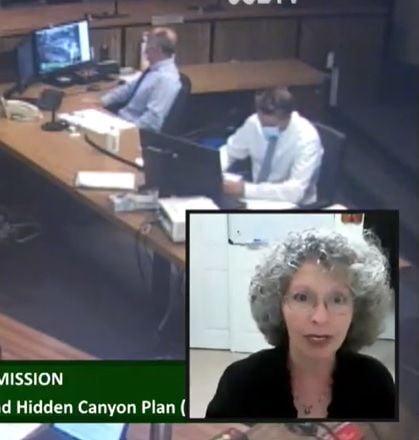 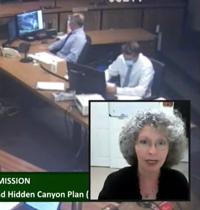 Frances Romero, inset, representing Orcutt Rancho LLC, tells the Santa Barbara County Planning Commission during the April 7 hearing that it should delay voting to recommend the Board of Supervisors deny the project so the developers could make additional changes to the development proposed at Rancho Maria Golf Club in Orcutt. Commissioners declined to grant that request but continued the hearing so they could digest changes they requested to the findings that would justify denial.

A vote to recommend denial of a housing project at Rancho Maria Golf Club in Orcutt was delayed to April 28 by the Santa Barbara Planning Commission to allow time to digest changes commissioners requested to the findings that would support that decision.

The vote involves the Neighborhoods of Willow Creek and Hidden Canyon proposed for development by Orcutt Rancho LLC in and around the golf course, an area identified as Key Site 21 in the Orcutt Community Plan.

At its hearing Feb. 10, the commission approved a motion asking staff to prepare findings to justify recommending the Board of Supervisors deny the project, but the reasons cited in that motion were minimal.

When it came back this time, the developer had asked for a continuance to work on changes that would address concerns raised by the commission, the golf course owners and adjacent agriculturalists, which commissioners rejected.

But 3rd District Commissioner John Parke didn’t like the findings prepared by staff because they only addressed a few issues, mainly roads crossing wetlands and the number of access roads from Highway 1.

“I want to see these findings revised,” said Parke, noting they should include the project would result in urban sprawl, would have impacts on agriculture, and relied on untested mitigation measures rather than avoiding impacts to endangered species and habitat, specifically the California tiger salamander and native grasslands.

“I don’t think we need a litany of findings for denial,” Blough said. “If you have one finding for denial, that would do. … I think the findings you have now … are adequate to deny the project.”

But Parke argued that if the commission is going to recommend the Board of Supervisors deny the project, the board should know what commissioners had been thinking when they reached that conclusion.

He also cited recommended findings for denial in a letter submitted by Alan Seltzer, an attorney for Rancho Maria Golf Club, and wanted those incorporated into the commission’s findings.

Planning and Development Department Director Lisa Plowman said the staff would need to go through Seltzer’s 10 pages of proposed findings to be sure everything could be used as a justification for denial.

Plowman expressed concern about the issue of urban sprawl, noting that Key Site 21 was identified for housing development by the Orcutt Community Plan.

To give staff time to work up the additional findings, the item was trailed to the end of the nine-hour meeting on April 7, when county planner Sean Stewart went over the new findings that included the project being inconsistent with the Comprehensive Plan.

Findings also included the impact on visual resources, incompatibility with adjacent agricultural lands, noncompliance with development standards and Development Code requirements, the site not being adequate for the proposed project, and that rather than being designed to avoid impacts, the project relied on mitigation which also didn’t provide mitigation to the maximum extend feasible.

Stewart said some portions of Seltzer’s proposed findings were eliminated as not being appropriate, and the staff also added to the findings to include other aspects that were applicable.

Blough previously said he would abstain from the vote to recommend denial because it didn't matter what the commission decided; supervisors would have the final say.

But when the revised findings came back, he declared his intention to vote “no” when the issue returns April 28.

“I think the conditions you have for denial are inappropriate,” Blough said. “They’re not the real reason we’re recommending denial.”