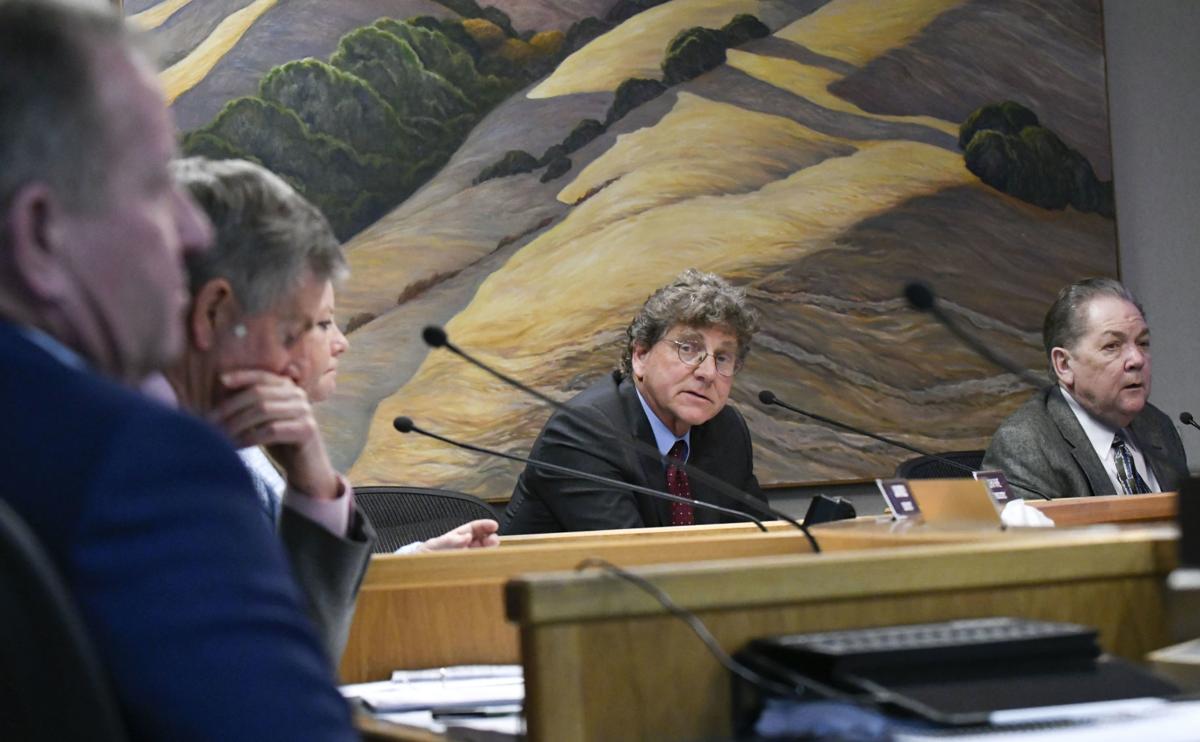 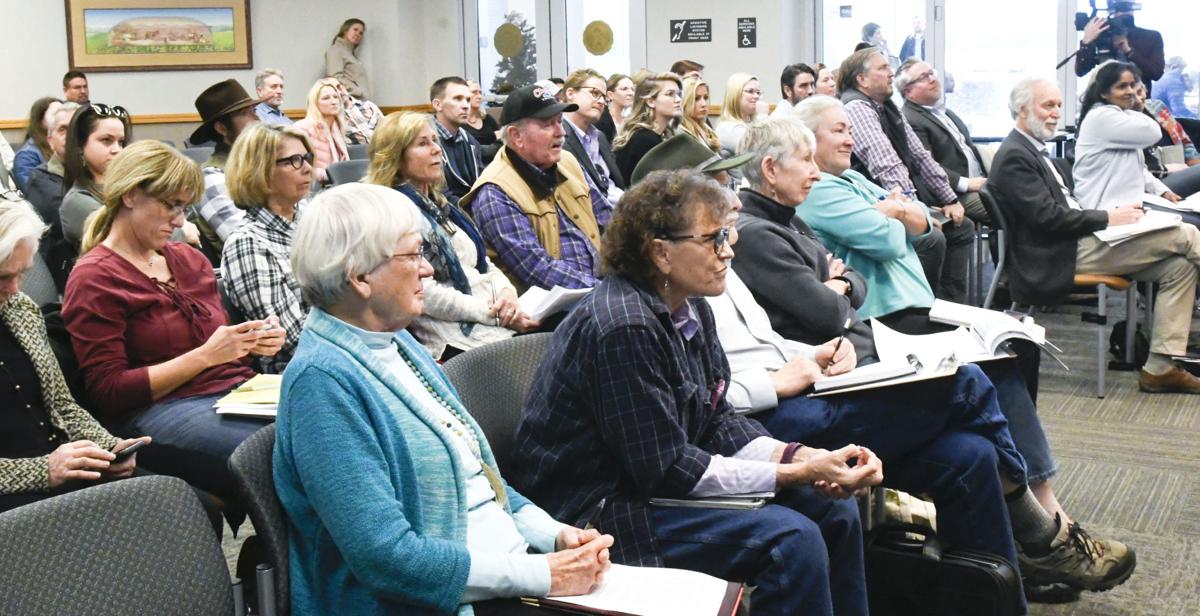 The audience listens during the County Planning Commission's special public hearing Wednesday on possible amendments to the cannabis ordinances at the Joseph Centeno Betteravia Government Center in Santa Maria. 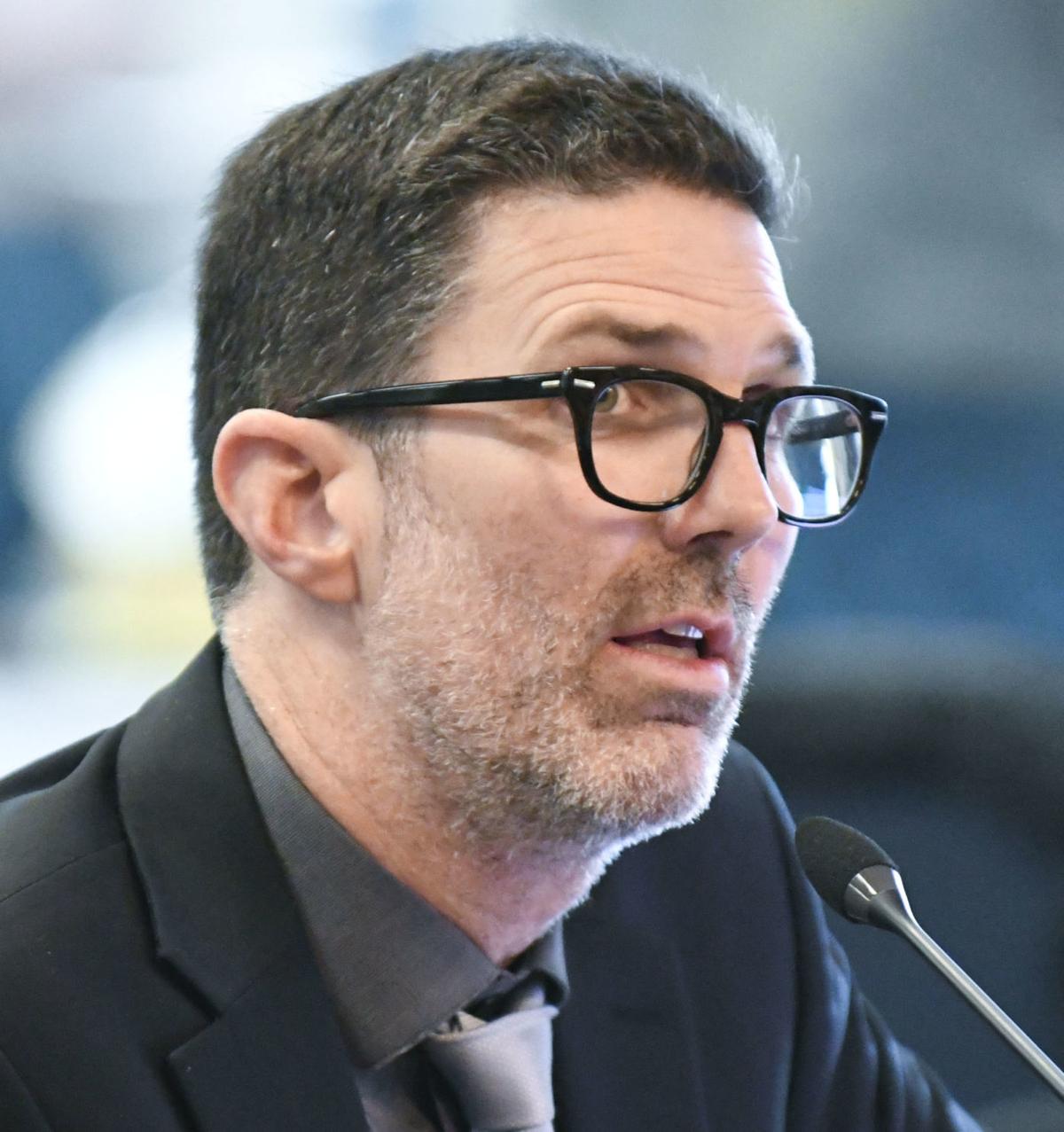 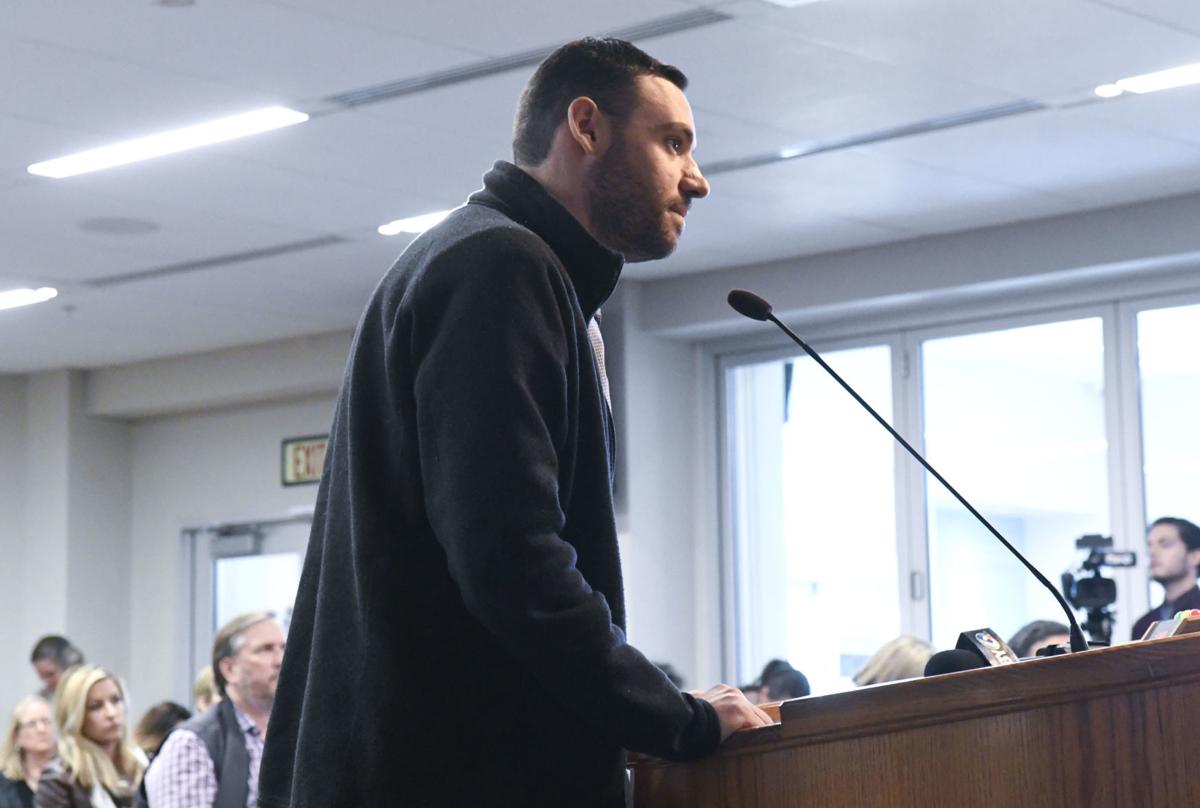 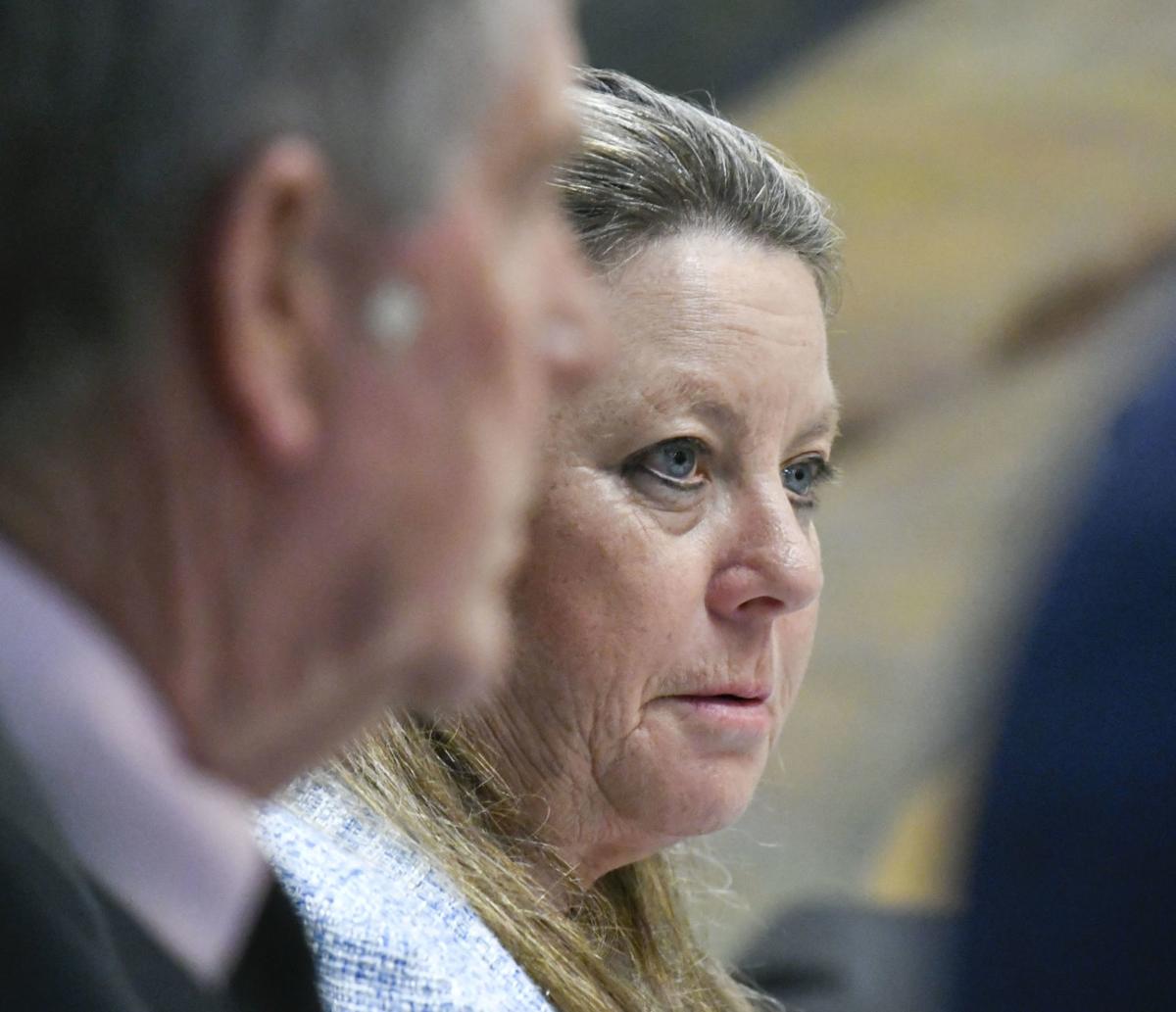 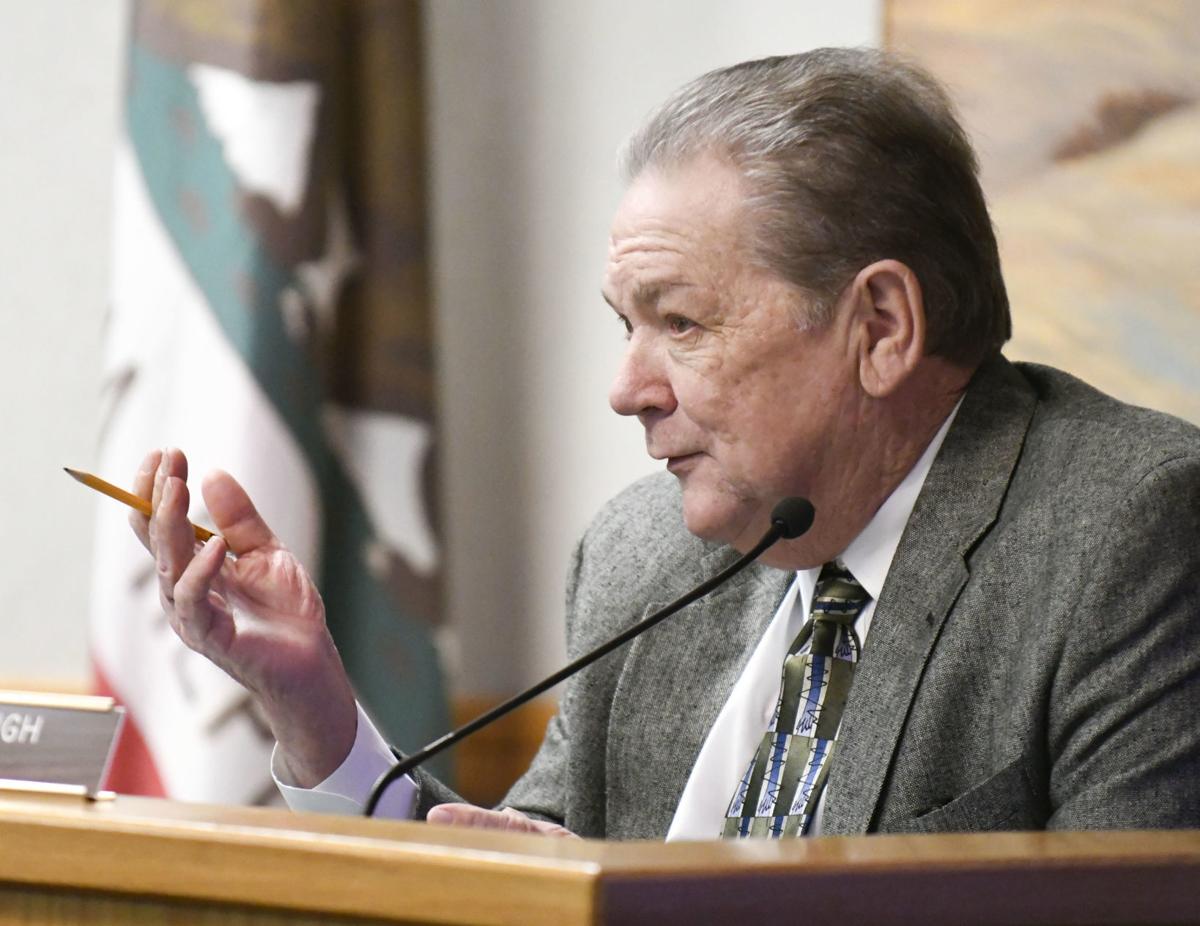 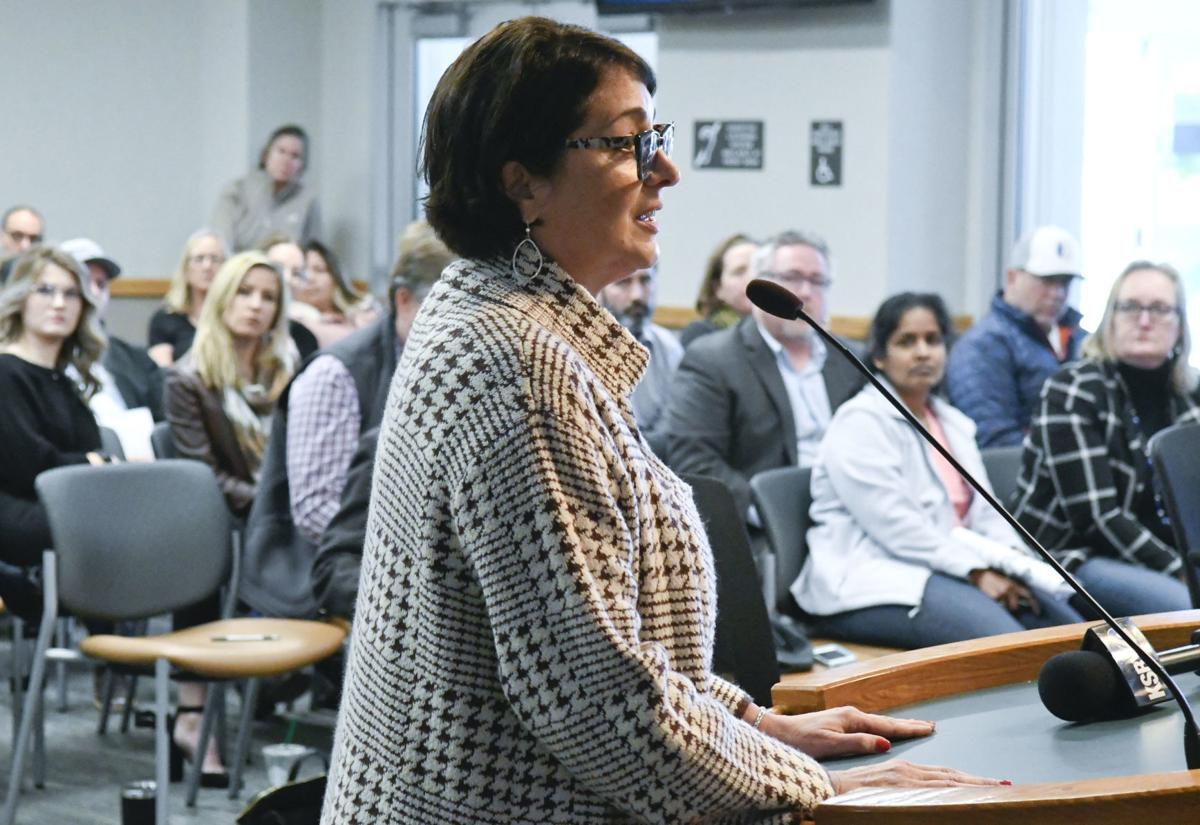 Tina Frontado speaks about the cannabis industry in Carpinteria during the County Planning Commission's special public hearing Wednesday on possible amendments to the cannabis ordinances at the Joseph Centeno Betteravia Government Center in Santa Maria.

The Santa Barbara County Planning Commission listens to a speaker during a special public hearing Wednesday on possible amendments to the cannabis ordinances at the Joseph Centeno Betteravia Government Center in Santa Maria.

A discussion of problems generated by the cannabis industry — with odor control topping the list — will continue when the Santa Barbara County Planning Commission meets next week in Santa Barbara.

Commissioners individually listed issues they want addressed after hearing from more than 30 residents, cannabis cultivators and farmers of other crops during a daylong workshop-style hearing Wednesday in Santa Maria.

Members agreed on some suggestions for solving the problems but not on which approach to take.

Lisa Plowman, director of the Planning and Development Department, said the staff would put all the issues cited by commissioners and their suggested solutions into a matrix they can discuss and prioritize at their meeting Wednesday, Jan. 29.

More than $1 million worth of cannabis and cannabis-related products was seized from a Lompoc-area cultivator Monday by the Santa Barbara County Sheriff’s Office.

Whatever ordinance changes commissioners settle on will be recommended to the Board of Supervisors, which then will make the final decisions on any amendments.

Odor from cultivation operations is — and has been — the most frequent complaint from neighbors, and it was the main focus of commissioners’ proposed ordinance changes.

Fifth District Commissioner Dan Blough said he wants to require all cannabis operators to prevent odor from passing beyond their property line, except when the grow site is far away from people, and he wants it handled through the licensing process rather than land use permits.

Merso Labs, a cannabis testing company based in Lompoc, is on track to receive its state license this month and its executives are targeting January to begin accepting clients. If everything goes as planned, the lab would become the first such facility in Santa Barbara County and also the first along the Central Coast.

He also advocated for fixing the odor problem now and dealing with the rest of the issues later.

“I hope we’re not going to spend six months or a year massaging this process,” he said.

Chairwoman and 2nd District Commissioner Laura Bridley said she wanted to step back even farther to address medical marijuana operations that existed before adult use was approved and were allowed to continue while they applied for land use permits and licenses.

“All the problems I heard all day long have been about these [legal] nonconforming grows,” Bridley said. “That’s fundamental, what we do about those before we deal with the ordinances.”

Third District Commissioner John Parke said he agreed with stopping odor at the property line and that all processing and drying operations should be enclosed in a structure with carbon filtration.

But he also questioned the fairness of that to operators who have already made large investments in structures and passive ventilation systems and suggested giving those willing to switch to carbon filtration longer license terms to amortize the expense.

Parke also advocated creating an overlay that would designate the most compatible areas of the county for cannabis cultivation, and if an operation is proposed within the overlay, it would have a simpler permit process, and lot coverage limitations would not apply.

Fourth District Commissioner Lary Ferini said he wants more information about the distinction between a principal use and a compatible use on Williamson Act agricultural preserve properties and the process for legal nonconforming operations to upgrade their status.

He said the county should conduct a study of how terpenes — compounds that produce cannabis’ distinctive “skunk” odor — affect people, not just grapes, and Plowman said she believes the Agriculture Commissioner’s Office is planning such a study.

But Ferini said he also didn’t want to overburden the staff with a lot of information requests and suggested amendments to work out.

“We need to streamline this to get it off the staff’s plate and up here to the commission,” he said.

First District Commissioner Michael Cooney said he is worried that moving too fast without information will “jamb up the process” of approving permits and licenses.

“Since we started this idea of a workshop on what to do with the existing system, it’s like a fire hose,” Cooney said. “We’re getting tons of information.”

He advocated taking a more focused rather than overarching approach to amendments.

To participate in the next meeting

North County residents who can’t attend the meeting in Santa Barbara can watch the proceedings and provide testimony from the Supervisors Conference Room in the Joseph Centeno Betteravia Administration Building at 511 E. Lakeside Parkway, Santa Maria.

The meeting will be broadcast live by County Santa Barbara Television on Channel 20 in the Santa Maria, Orcutt, Lompoc and Santa Ynez Valley and livestreamed online at www.countyofsb.org/ceo/csbtv/livestream.csb and on YouTube.

C. Michael Cooney from the 1st District was named vice chairman in the same vote.

Third District Commissioner John Parke, who relinquished the gavel after serving as chairman for the past year, noted although Bridley is relatively new to the commission, having been appointed to her seat last year, she quickly learned her and the commission’s roles.

“She probably has more background in planning than everyone here put together,” said Parke, who is in his second term.

Bridley has had a lifetime career as a planning consultant and served as a long-term contract planner for the city of Goleta.

The audience listens during the County Planning Commission's special public hearing Wednesday on possible amendments to the cannabis ordinances at the Joseph Centeno Betteravia Government Center in Santa Maria.

Tina Frontado speaks about the cannabis industry in Carpinteria during the County Planning Commission's special public hearing Wednesday on possible amendments to the cannabis ordinances at the Joseph Centeno Betteravia Government Center in Santa Maria.

The Santa Barbara County Planning Commission listens to a speaker during a special public hearing Wednesday on possible amendments to the cannabis ordinances at the Joseph Centeno Betteravia Government Center in Santa Maria.