An application to build a 57-foot cellular antenna tower near Cabrillo High School breezed to a unanimous approval Wednesday by the Santa Barbara County Planning Commission.

AT&T plans to build the tower between the Cabrillo athletic fields and the Burton Mesa Ecological Preserve to fill what was described as “a significant gap” in service in the Vandenberg Village area.

The tower is strictly for 4G LTE service and is not to provide 5G service, which has generated some public controversy over health effects.

No members of the public commented on the proposed cell tower during Wednesday’s hearing, but the North Board of Architectural Review did receive one letter objecting to the erection of a 5G tower.

However, AT&T representative Jerry Ambrose told the commission the tower is only to fill a 4G service gap.

“Too much demand, not enough service,” Ambrose said.

The project involves the improvement of an existing driveway to the site, construction of the 57-foot tower and an 8-foot-tall concrete block enclosure for the equipment, which will be painted medium gray or left unfinished to weather to the same color, said planner Shannon Reese of the County Planning and Development Department.

She said the site, which lies completely outside the Burton Mesa Ecological Preserve, is located on county-owned property and backs up to the Cabrillo athletic fields.

Commissioners had only a few questions about the project.

“My concern is the location in relationship to the baseball backstop, which is the main baseball field for Cabrillo,” said 1st District Commissioner Michael Cooney. “I’ve been there when there were 50 to 100 people there. The stands are there, and people stand around behind the backstop.”

Chairwoman and 2nd District Commissioner Laura Bridley asked what trees were chosen to screen the monopole tower, and Reese responded AT&T plans to use coast live oak, toyon and San Bruno coffeeberry, which were reviewed and OK’d by the North Board of Architectural Review.

Commissioner John Parke, whose 3rd District encompasses the site, supported the project and moved for approval.

“I think the choice of plants is excellent,” Parke said. “They will fit right in with the Burton preserve right next-door. … It’s an out-of-the-way spot. I don’t see how we could do anything better.”

The deadline for North County residents to apply for the Measure A Citizens Oversight Committee has been extended to Aug. 19 by the Santa Barb…

The Chumash Casino Resort like other tribal casinos across California has been minimally affected by Gov. Newsom's July 1 order that called for the shutdown of cardrooms and indoor business operations for restaurants, wineries, bars, movie theaters and zoos in 19 counties, including Santa Barbara, due to a spike in COVID-19 cases throughout the state. 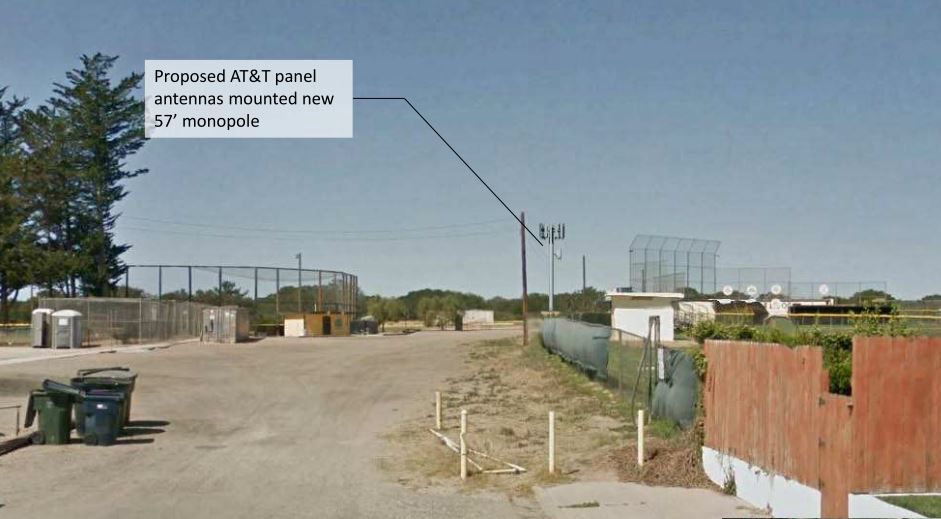 A simulation shows how the AT&T cell tower approved Wednesday by the Santa Barbara County Planning Commission would look when viewed from Albireo Avenue, where the closest residents are located. 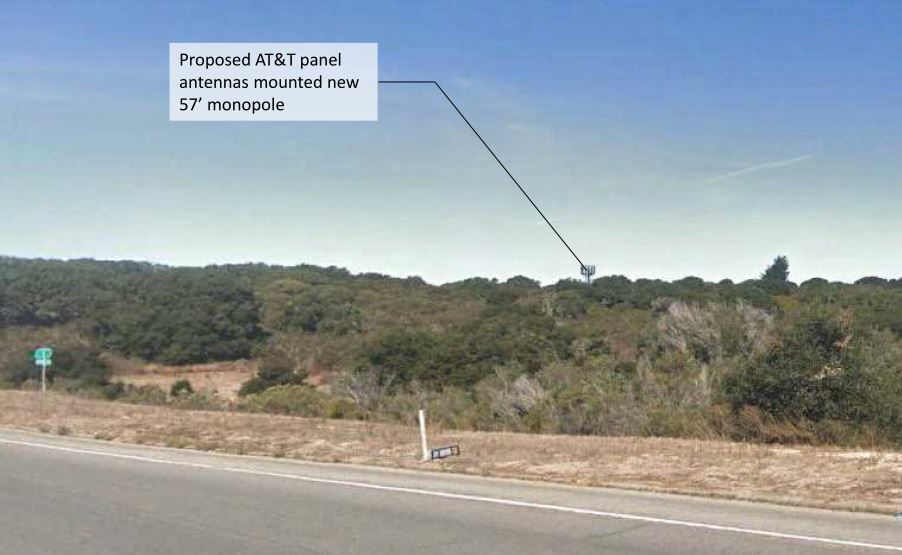 A photographic simulation shows how the AT&T cell tower would appear from Highway 1, about 1,800 feet from the tower site. Santa Barbara County Planning Commission approved a permit for the project Wednesday.