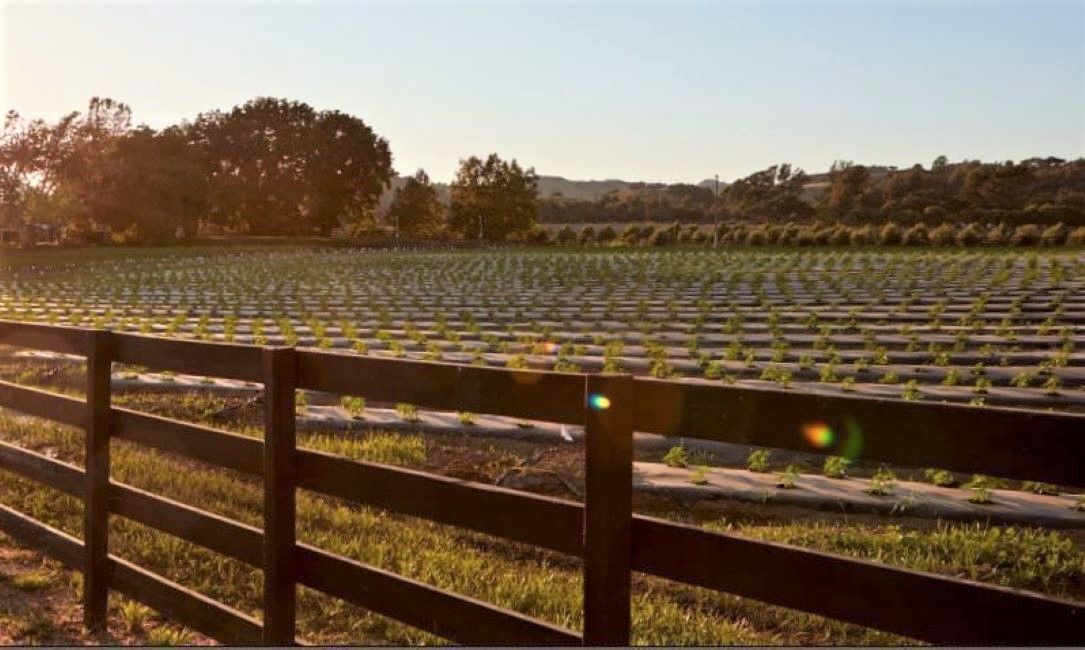 Rows of cannabis plants fill a field at Busy Bee Organics cultivation operation on Highway 246 west of Buellton in this image from a 2019 report on the project. On May 25, a Santa Barbara County Superior Court judge rejected an attempt by Santa Barbara Coalition for Responsible Cannabis to overturn the permit for the operation. 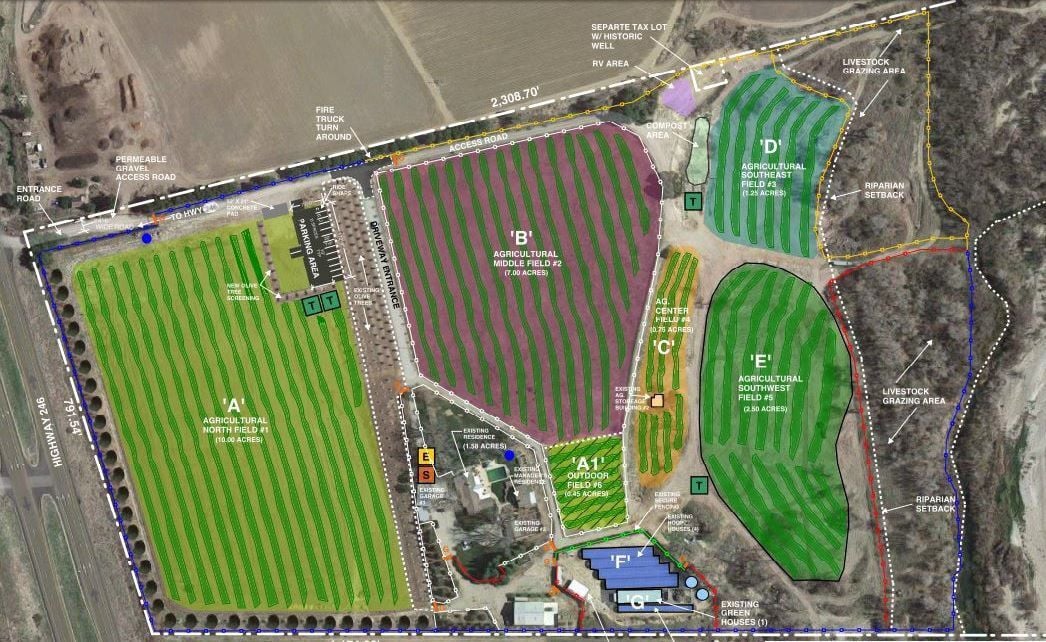 A map shows the layout of Busy Bee Organics cannabis cultivation operation about a mile west of Buellton in this illustration from a report on the project when the Santa Barbara County Board of Supervisors OK'd permits and denied two appeals in March 2020. At left is Highway 246; at right is the Santa Ynez River.

Arguments a community organization has used to challenge Santa Barbara County cannabis cultivation permits suffered a minor blow last week when a Superior Court judge rejected them in a petition for a writ of mandate focused on a Buellton area operation.

Anderle’s May 25 decision concluded the county has a legally defensible set of cannabis regulations, the time to challenge the program environmental impact report has long passed and cannabis is agriculture and therefore a primary use on lands under a Williamson Act contract.

He said he found no evidence that the Busy Bee operation is incompatible with surrounding agriculture, and he pointed out pesticide overspray is not allowed and questioned the effect of terpenes on wine grapes.

Sara Rotman, chief executive officer for Busy Bee Organics, said in a statement she’s anxious to get back to farming full time instead of spending time and energy battling litigation.

“The path to this legal victory has been long and, at times, painful,” Rotman said. “Judge Anderle’s ruling is clear, well-reasoned and sends a strong message that misusing environmental lawsuits as a political weapon against the most sustainable and regulated crop in the world is a losing strategy.”

But Marc Chytilo, attorney for the coalition, said he plans to pursue an appeal of Anderle’s decision and noted the judge made some sweeping statements that he feels are appealable.

“We’re disappointed by the ruling,” Chytilo said. “We felt like he repeated a lot of the arguments put forward by the county and Busy Bee.”

However, Chytilo said he didn’t consider the ruling “devastating” and saw it as more of a “speed bump.”

“In some ways it was a test case for [challenging] the PEIR,” he said, referring to the program environmental impact report the county used to analyze the effects the commercial cannabis industry would have.

The coalition cited three specific points in its amended petition — that granting the permit violated the California Environmental Quality Act, violated state planning and zoning laws and violated the California Land Conservation Act, commonly known as the Williamson Act, which gives tax breaks to land actively being used for agriculture.

In the petition, the coalition contended the county’s approval of the project constituted a prejudicial abuse of discretion, and that rather than evaluate and mitigate significant agricultural and land use impacts, “decisionmakers swept them under the rug.”

The petition asserted the project was approved without a site-specific environmental review of impacts on other nearby agricultural operations and without finding that the use is consistent with the Williamson Act principles of compatibility.

It also alleges the unauthorized expansion of Busy Bee’s legal nonconforming use was disregarded and findings that the project site is in compliance with county ordinances and other laws are legally unsupportable.

Relief sought by the petition included having the county vacate its decision to approve the permit and CEQA determination; preventing the county and Busy Bee from any activity related to the permit until the county complies with CEQA, the Williamson Act and other state and local laws; and granting reasonable attorney fees and costs.

In his 26-page decision, Anderle recounted the history of the case and listed and analyzed each of the multiple arguments put forth by the coalition for each of its three points.

“The court finds that the [coalition] cannot prevail on the CEQA claim based upon the facts and the law in this case,” Anderle said in his analysis of the first point. “County and [Busy Bee] have vastly too many arrows in their quiver, many of which are fatal.”

Anderle pointed out the coalition did not oppose the county’s medical marijuana ordinance; nor the CEQA process, adoption of the program environmental impact report or the commercial cannabis regulations; nor the cannabis business license ordinance; nor amendment of the Uniform Rules governing agricultural preserves.

But he rejected the coalition’s contention that hadn’t challenged those because it wasn’t in existence during those processes and only came into being in May 2019 after it became apparent cannabis was having substantially more impacts than those disclosed in the program environmental impact report.

The judge noted, “If that were the guideline, there would never be an end to such litigation because there would be an endless line of litigants each of whom were ‘newly formed.’”