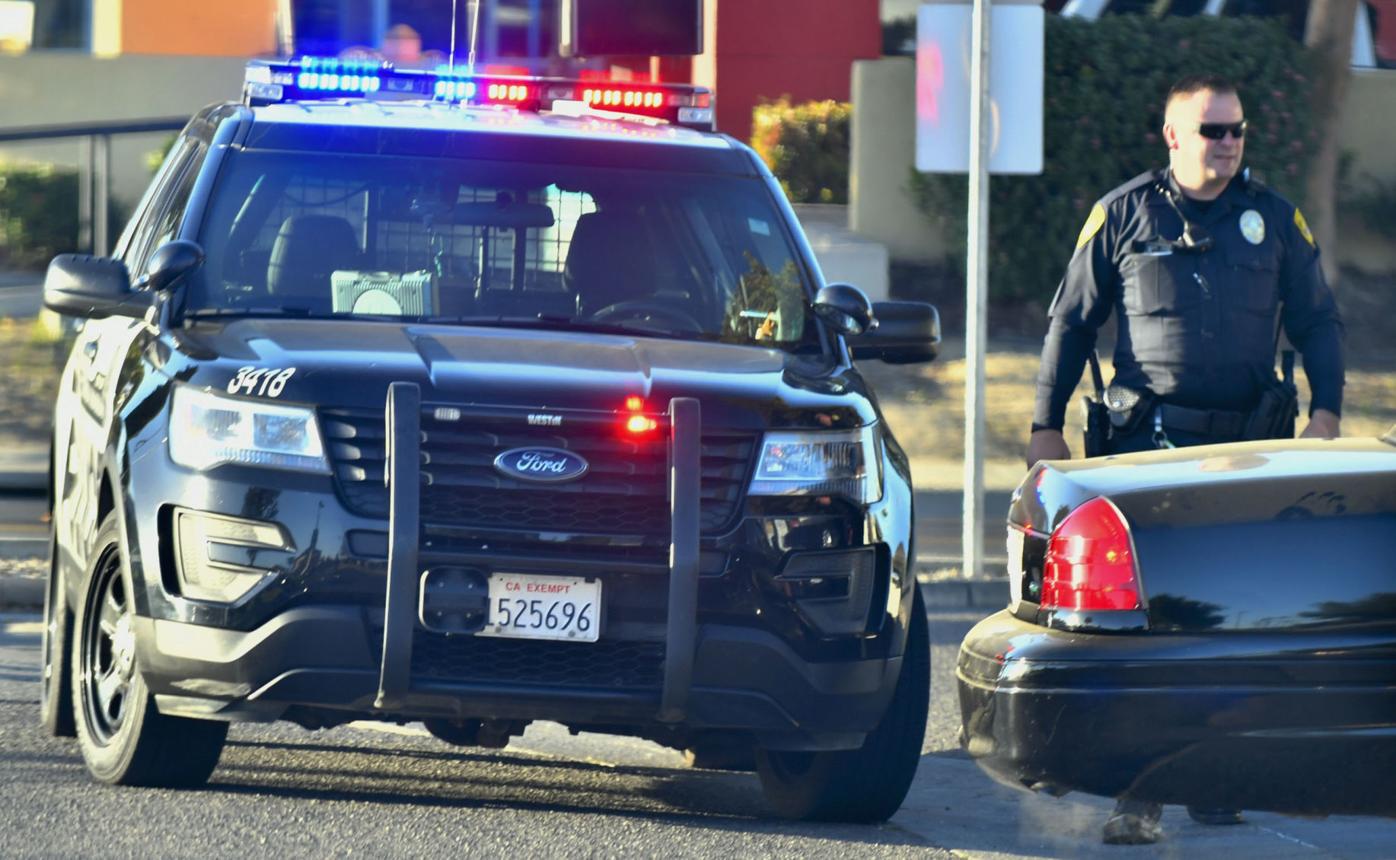 A Santa Maria Police officer pulls over a vehicle on North Broadway in 2018. The department will be hiring new officers over the course of the next year, and is requesting an additional $50,000 budget allocation to fund an erosion mitigation project at the Los Flores Ranch Shooting Range. 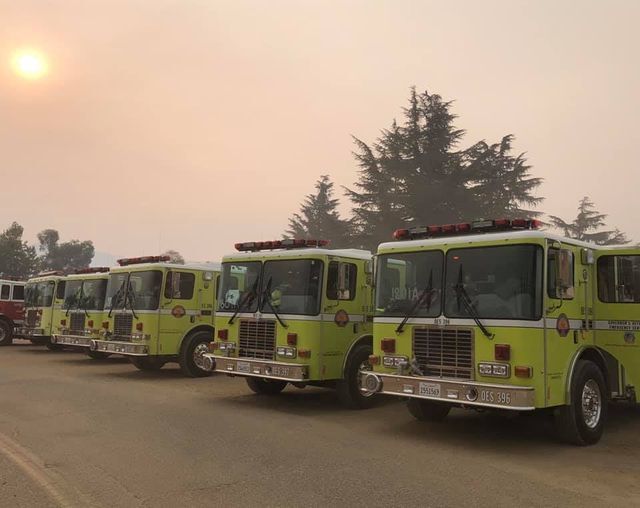 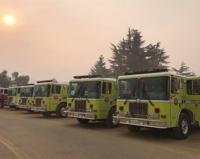 A four-person team of Santa Maria firefighters deployed recently to join a strike unit in Orange County to assist with fighting the Silverado fire. 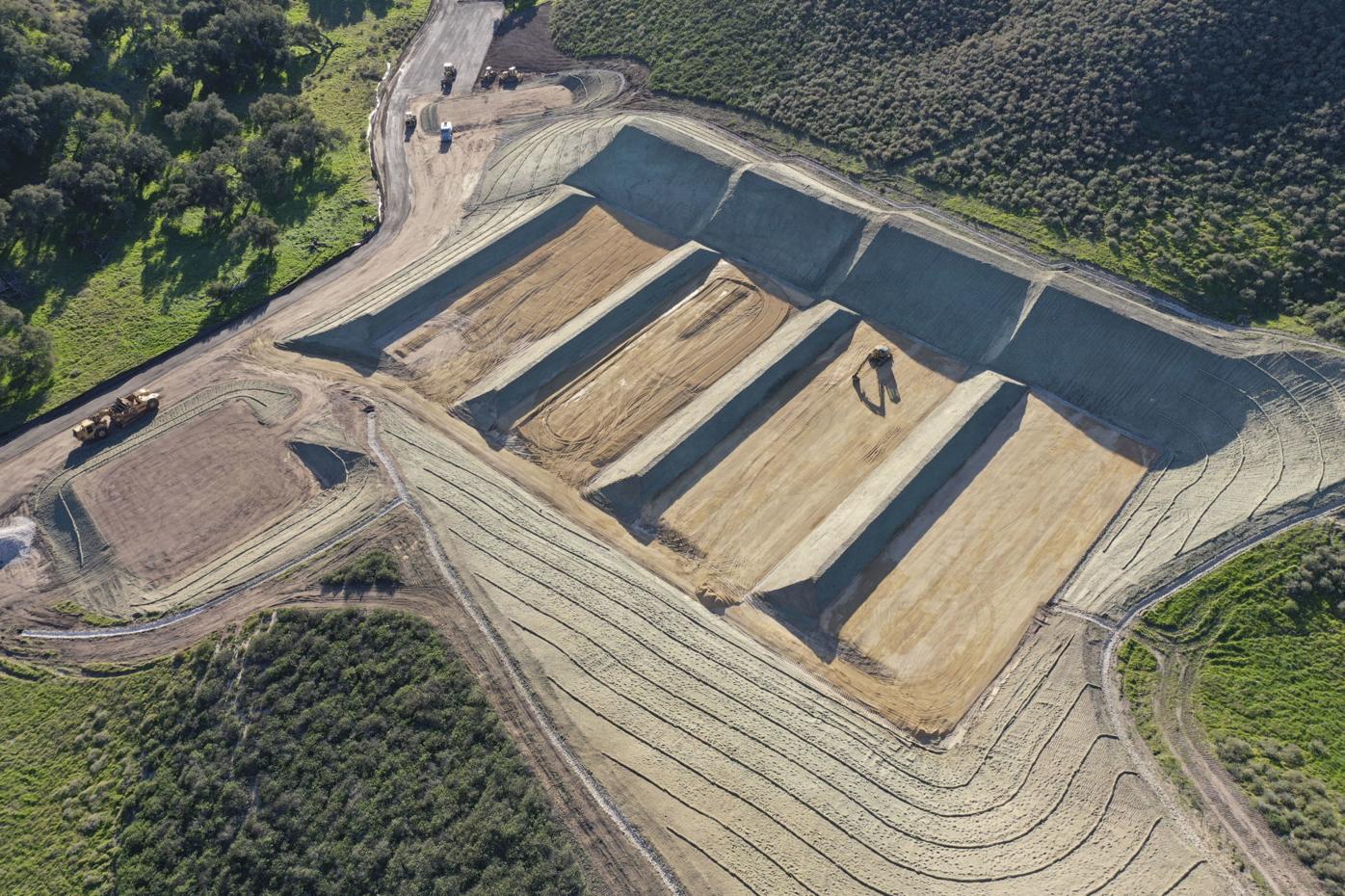 A Santa Maria Police officer pulls over a vehicle on North Broadway in 2018. The department will be hiring new officers over the course of the next year, and is requesting an additional $50,000 budget allocation to fund an erosion mitigation project at the Los Flores Ranch Shooting Range.

A four-person team of Santa Maria firefighters deployed recently to join a strike unit in Orange County to assist with fighting the Silverado fire.

Despite millions in sales tax revenue losses as a result of the COVID-19 pandemic, sales tax revenue from July to September was 9% or $543,240 higher than the same time last year, according to city Director of Finance Mary Harvey.

This revenue, which makes up over half of the city's General Fund through Measure U, also saw the highest year-to-year increase out of the city’s five General Fund sources, which include hotel and bed tax, property tax, the Non-Hazardous Impacted Soils Program, and licenses and permits.

“Sales growth in building and construction and business and industry categories also contributed to the higher revenue. These increases were offset by declines in fuel and service stations, general consumer goods, and restaurants and hotel categories,” Harvey said.

Even with the encouraging increase, city staff have estimated losses of $2.8 million or 11.8 percent in sales tax over the course of the fiscal year due to lasting impacts from the COVID-19 shutdown in March.

So far in the 2020-21 fiscal year, hotel tax revenue has fallen short of estimates by 9%, according to financial reports. Due to COVID-19 closures and capacity limits, hotel service was extremely limited over the summer, which is generally the busy tourism season.

As state COVID-19 restrictions loosen, city staff anticipate that the majority of annual hotel tax revenue will be produced during the second half of the year.

So far in the fiscal year, most city departments have operated well under budget because of limited programming and staff vacancies, Harvey said.

“We’ve had a couple retirements, and other people who moved out of state. That is where our salary savings are occurring. We have our [budget] cuts, and then these positions that were above and beyond,” Schneider said.

The department will begin recruiting additional police officers and non-sworn staff by December, with vacant positions expected to be filled by June. The exact number of new hires is not known at this time, Schneider said.

Limited services and programs in the Recreation and Parks Department and the Public Library have also contributed to overall lower budget expenditures, Harvey said. As of Monday, two of the five library branches remain closed, and Recreation and Parks programming has been limited across the board due to COVID-19 safety restrictions.

“The Library and Recreation & Parks programs have been stifled by COVID health orders and is the cause of those budget underruns,” Harvey said.

The Fire Department, on the other hand, is currently over budget due to a high level of overtime paid to staff who provided mutual aid support to fight wildfires in the late summer and into fall, Harvey said.

According to city spokesman Mark van de Kamp, $655,103 in Fire Department overtime was accrued between July and September and will be reimbursed to the city.

At their Tuesday meeting, the Santa Maria City Council will consider amendments to the 2020-21 budget to account for additional costs associated with the new Los Flores Ranch Shooting Range used by the Santa Maria Police Department.

According to the Financial Department report, an additional $50,000 is needed for erosion mitigation after rainfall caused heavy erosion damage at the shooting range, which was completed in May.

Although the rainfall damage has been fixed, the department requested the additional funds to complete roadwork and hydroseeding that will safeguard against future erosion, Harvey said in the report.

The shooting range was funded by $20,000 in Measure U and General Fund dollars from the city, and is used exclusively by the police department for training.

What you need to know for Tuesday, November 3

You can still register to vote, cast a ballot Tuesday