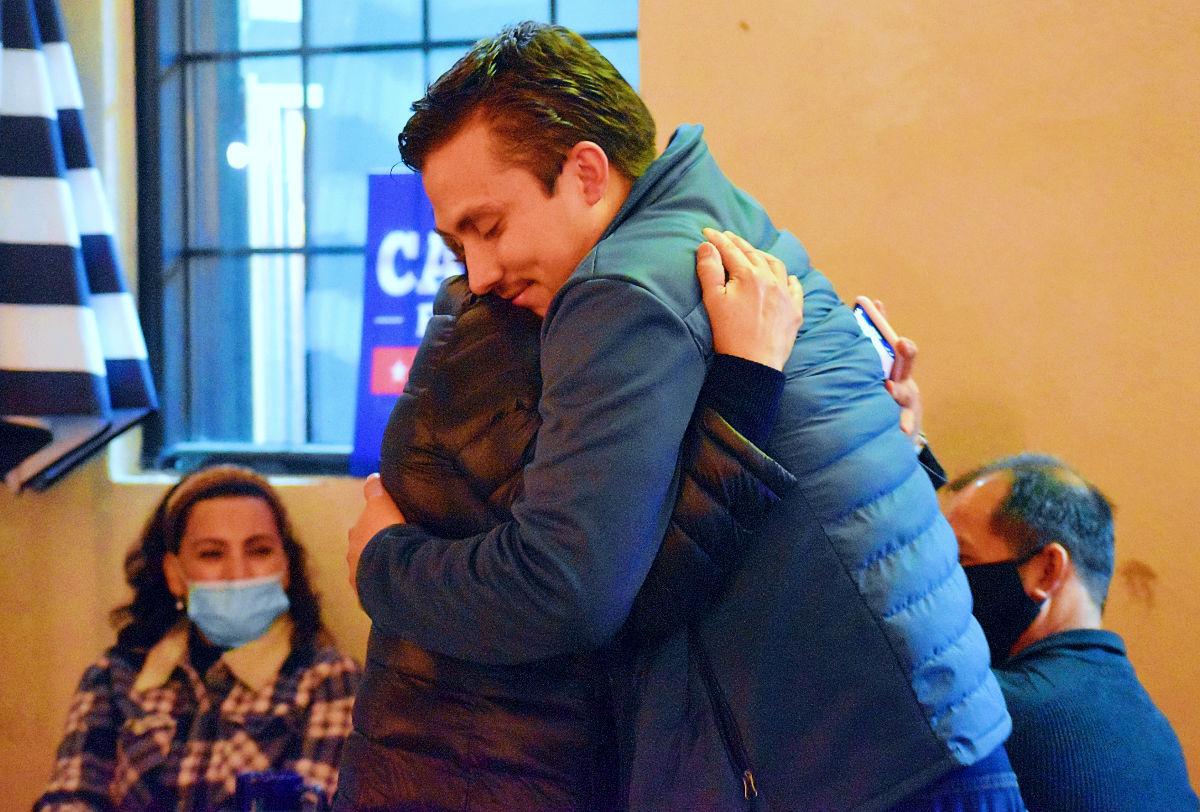 Carlos Escobedo receives a hug from a family member on Election Night after receiving the news that he held the lead for the District 1 seat on the Santa Maria City Council. 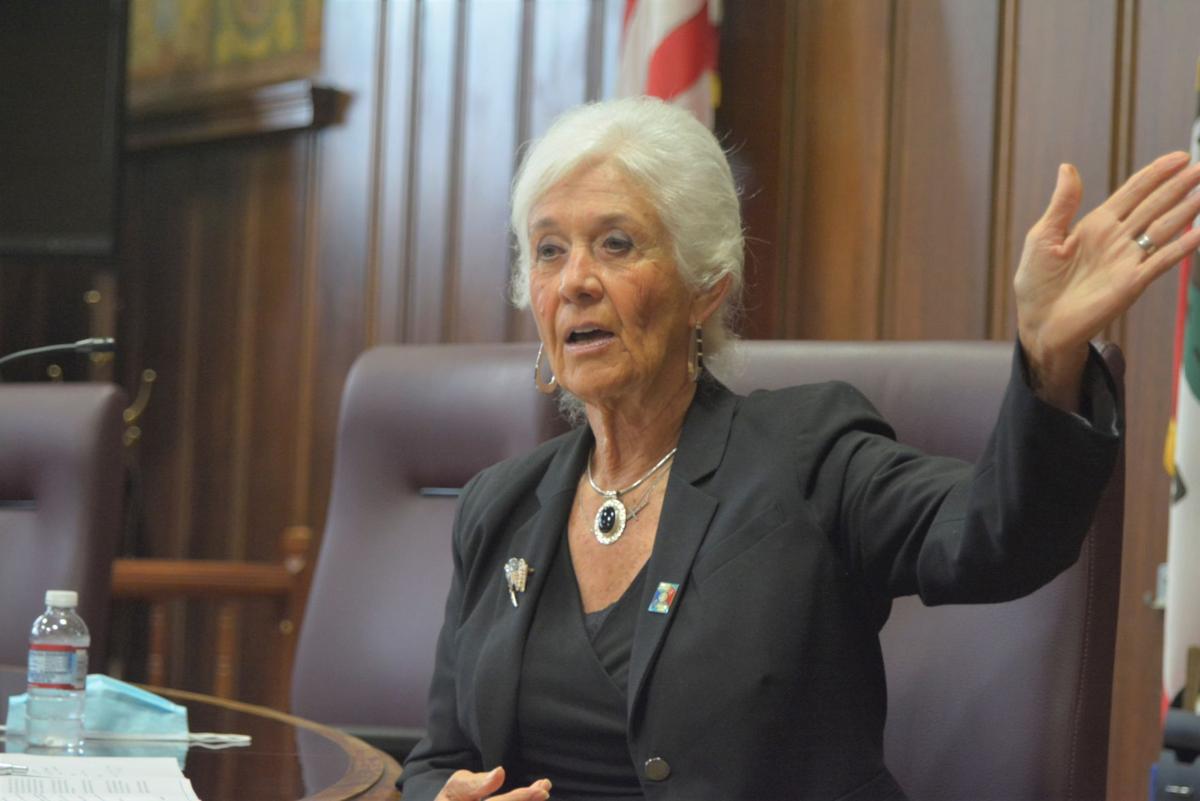 Alice Patino, pictured at City Hall, has held Santa Maria's mayoral seat since 2012 as the city's first and only female mayor. She is set to enter her third term after a landslide victory Tuesday over challengers.

Carlos Escobedo will be the first District 1 representative on the Santa Maria City Council after gaining the lead in a four-person race, with mayoral incumbent Alice Patino set to enter into a third term after a landslide victory over challengers.

Updated election results came Wednesday morning, with 100% of precincts reporting, although results remain unofficial until they are certified over the coming days by election officials.

Escobedo, an outreach specialist at Hancock College and the organizer of Santa Maria Open Streets, holds 1,543 votes for 43.94%, with challenger and nonprofit professional Osvaldo Sotelo garnering 1,170 votes for 33.31%.

Watching initial results come in Tuesday night at Maya Restaurant, Escobedo emphasized that even though he is not a born-and-raised Santa Marian, he feels ready to make things happen for the community he loves.

"I’m running because I love this community, and this is a way for me to give back. I wasn’t born here, but this is the place my family has been for years, and I want to raise my family here," he said.

Following this election, Santa Maria will see its first year with four district representatives on the City Council. Councilwomen Etta Waterfield and Gloria Soto were elected in 2018 to districts 4 and 3.

In an uncontested race for the City Council District 2 seat, incumbent Councilman Mike Cordero earned 3,575 votes for 96.67%, indicating that he will remain on the council as the city's first District 2 representative.

Patino, who has 20 years of local political experience under her belt, has held Santa Maria's mayoral seat since 2012 as the city's first and only female mayor.

Thanking voters for granting her a third term, Patino said there is a lot of work to be done in the coming months and years.

"I think we need to determine what the vision is for Santa Maria, so we'll have that General Plan update we're working on, and we definitely need to work in the direction of housing, and figuring out how we are going to accommodate housing here in Santa Maria," she said.

She also highlighted the need to support businesses as the economy recovers from the COVID-19 shutdown. Over the past six months, Patino has been a strong proponent of reopening businesses and schools, mostly taking an educational stance when it comes to COVID-19 awareness rather than an enforcement stance.

"We need to focus on supporting businesses and rebuilding the economy again after it all went down," she said.

The 2020 election marks her second victory over challenger Will Smith, who also ran for mayor in 2016.

Santa Barbara County will send a letter to Gov. Gavin Newsom asking him to modify the new purple tier requirements in his Blueprint for a Safe…

The Santa Maria City Council decided in a split vote Tuesday night to maintain a zero limit on campaign contributions in local elections, with some councilmembers arguing that large contributions have not been an issue locally in the past and enforcement is not needed.

Santa Barbara County is facing funding shortfalls over the next five years, even in the best of three possible scenarios, as revenues decline …

Santa Barbara County has started providing Spanish interpretation of Board of Supervisors meetings in real time, although at present the servi…

Carlos Escobedo receives a hug from a family member on Election Night after receiving the news that he held the lead for the District 1 seat on the Santa Maria City Council.

Alice Patino, pictured at City Hall, has held Santa Maria's mayoral seat since 2012 as the city's first and only female mayor. She is set to enter her third term after a landslide victory Tuesday over challengers.