After winning the District 1 seat on the Santa Maria City Council in November, Carlos Escobedo was sworn in Tuesday as the district's first-ever representative, while outgoing Councilman Michael Moats was honored for his service over the past four years.

The council certified the results of the 2020 election in its last meeting of the calendar year, affirming the reelection of Mayor Alice Patino and Councilman Mike Cordero, who were also sworn in.

Escobedo earned 43.94% of the vote in the four-person race to represent District 1, running on a platform focused on creating affordable housing, supporting small businesses and increasing recreation opportunities.

The outreach specialist at Hancock College and organizer of Santa Maria's first-ever Open Streets celebration in 2019 has said he is committed to "making things happen" and enacting tangible change in the community.

Even though this will be Cordero's second overall term on the council, it will be his first as the city's District 2 representative. He was elected after running unopposed for the seat in November.

Tuesday marked the beginning of a new chapter for the City Council, with four district representatives now sitting on the dais. The process began two years ago, when councilwomen Etta Waterfield and Gloria Soto were elected in 2018 to represent districts 4 and 3, respectively.

Moats was ineligible for reelection this year because he does not reside in the district that his seat would represent. At Tuesday's meeting, where he stepped off the dais for the last time, fellow council members thanked him for his service on the council, and he returned the appreciation.

Hansen will retire on Dec. 31, following 45 years in law enforcement and over seven years with the Santa Maria Police Department, which have included three years as chief.

Reading the resolution, Cordero thanked Hansen for his contributions to the Police Department, which have included expanding the number of staff and officers, completing the shooting range at Los Flores Ranch Park, and his leadership in Operation Matador, one of the biggest operations in the department's history.

"It was a labor of love," Hansen said. "What I'm most proud of … is the culture of service at our Police Department."

Hansen also worked to increase department transparency by contracting an independent auditing agency to report on the department's handling of processes such as internal investigations and use of force. The report was presented at Tuesday's meeting.

A resolution for Champion, who will retire on Thursday following 30 years in the Santa Maria Fire Department, acknowledged his work in multiple department positions including fire engineer, captain, battalion chief, and for the past four years, chief of the department.

Speaking over Zoom, Champion thanked his fellow firefighters, his wife, parents and the city staff who have supported him over the years.

"You should be assured that you are in good hands with the staff that remain," Champion said.

City Manager Jason Stilwell praised Champion's long tenure in both the department and the Santa Maria community as a whole, noting that, "his longevity goes so far back that the office where he now sits, is where he went to kindergarten."

Lastly, the council honored O'Dell, who will retire Friday after 14 years in the role of transit services manager. Reading the city's resolution, Soto highlighted how Santa Maria Area Transit expanded into a regional transit leader under O'Dell.

Read this collection of stories on Santa Maria City Council from the past year. Read all of our coverage of local government in the Santa Maria Valley on SantaMariaTimes.com.

Todd Tuggle has been appointed to serve as Santa Maria's interim fire chief, filling the role Leonard Champion will leave upon his retirement …

After winning the District 1 seat on the Santa Maria City Council in November, Carlos Escobedo was sworn in Tuesday as the district's first-ev…

The 24th year of Santa Maria's Lights, Sights & Holiday Nights decorating contest came to an end Friday with the announcement of the conte…

The Santa Maria City Council decided in a split vote Tuesday night to maintain a zero limit on campaign contributions in local elections, with…

Preisker Park improvements, city sidewalk renovations, and funds for housing and shelter services will be prioritized for Community Developmen…

'I still have something to give': Mike Cordero runs unopposed for District 2 seat

After nearly 50 years of public service in Santa Maria, including 12 years as a councilman, Mike Cordero is ready to get back on the dais for …

While financial reports for Santa Maria confirm significant economic impacts from the COVID-19 pandemic in the spring, small upward trends in …

Following community outcry against plans to keep the Paul Nelson Aquatic Center closed through 2021, the pool now is set to partially reopen t…

The Santa Maria City Council on Tuesday approved the 2020-22 budget, with adjustments to provide further funding to the library, Paul Nelson A… 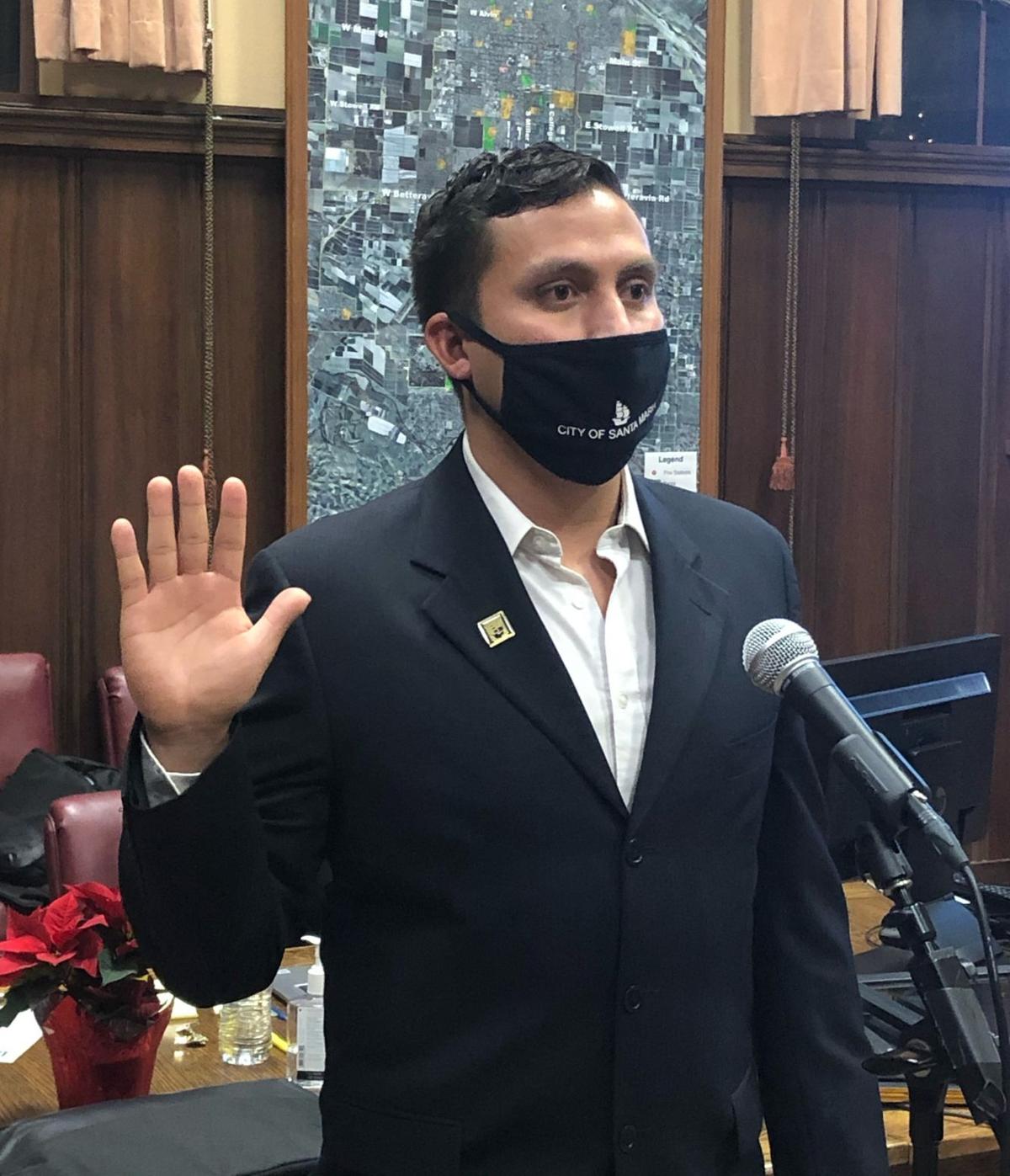 Carlos Escobedo is sworn in to the Santa Maria City Council on Tuesday. 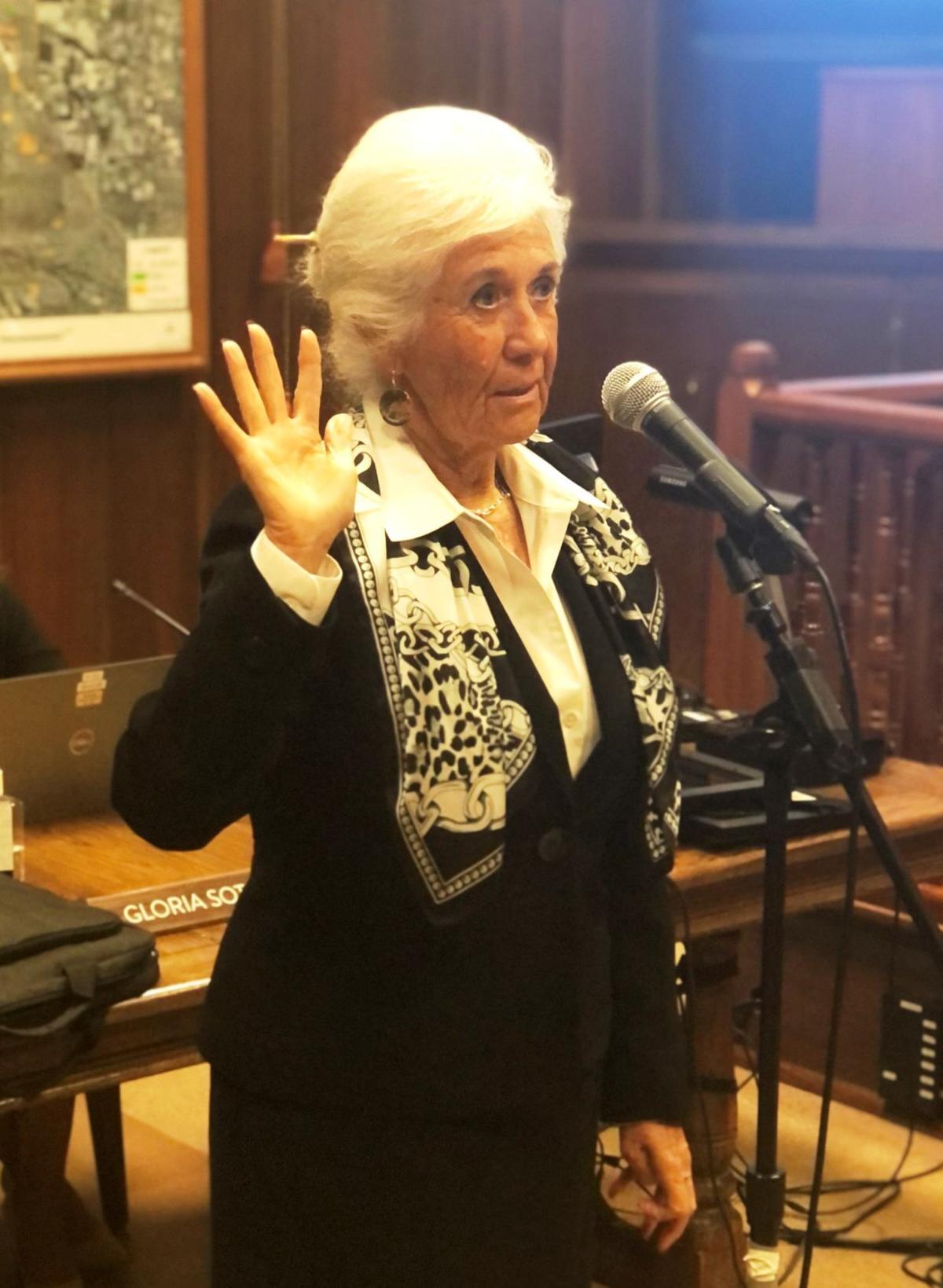 Alice Patino is sworn in for her third term as mayor on Tuesday night. 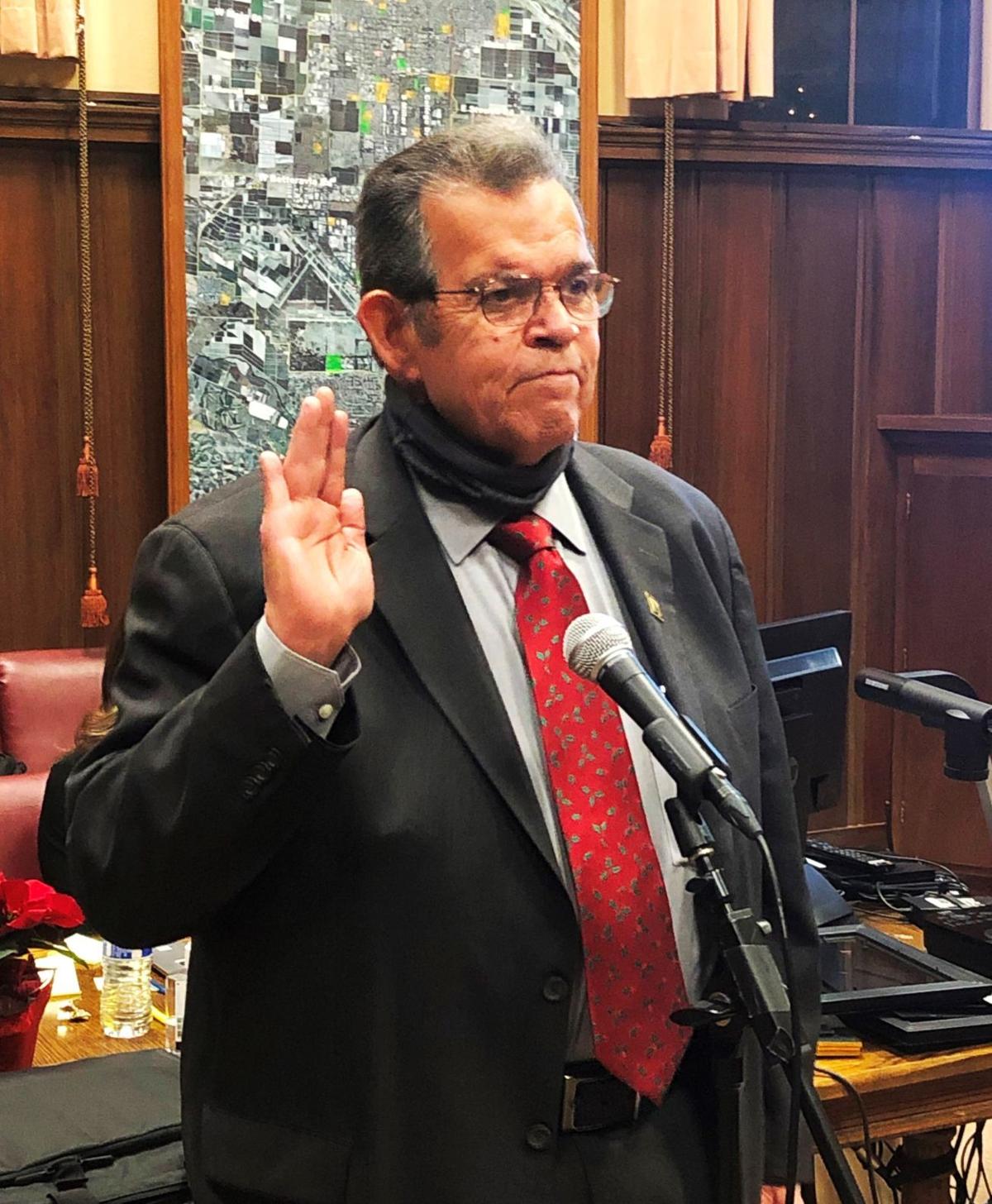 Mike Cordero is sworn in to the Santa Maria City Council on Tuesday.