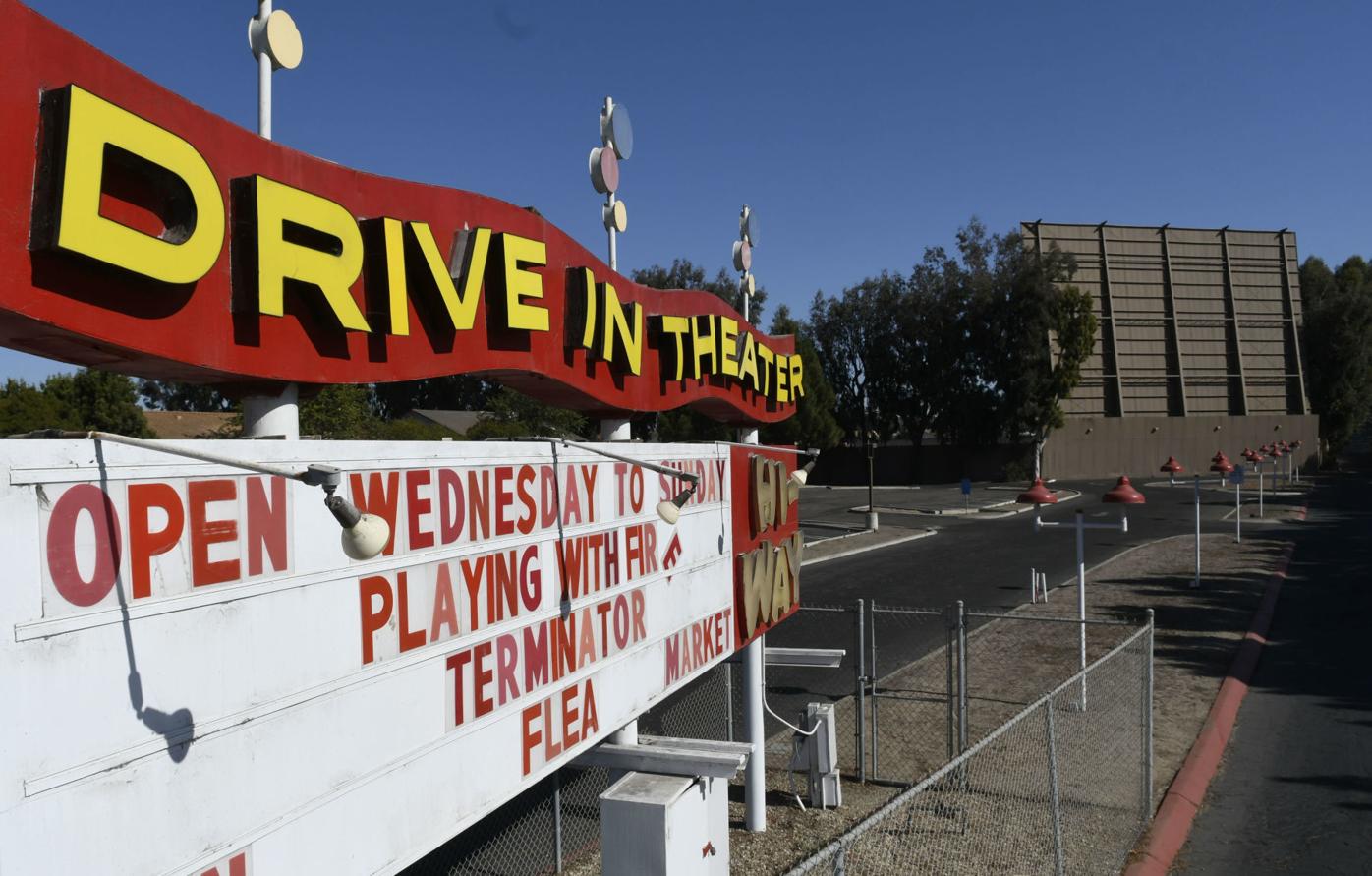 Since the Hi-Way Drive-In Movie Theater in Santa Maria went up for sale in 2019 for $3 million, People's Self-Help Housing has worked with the city to develop plans for an affordable housing development. 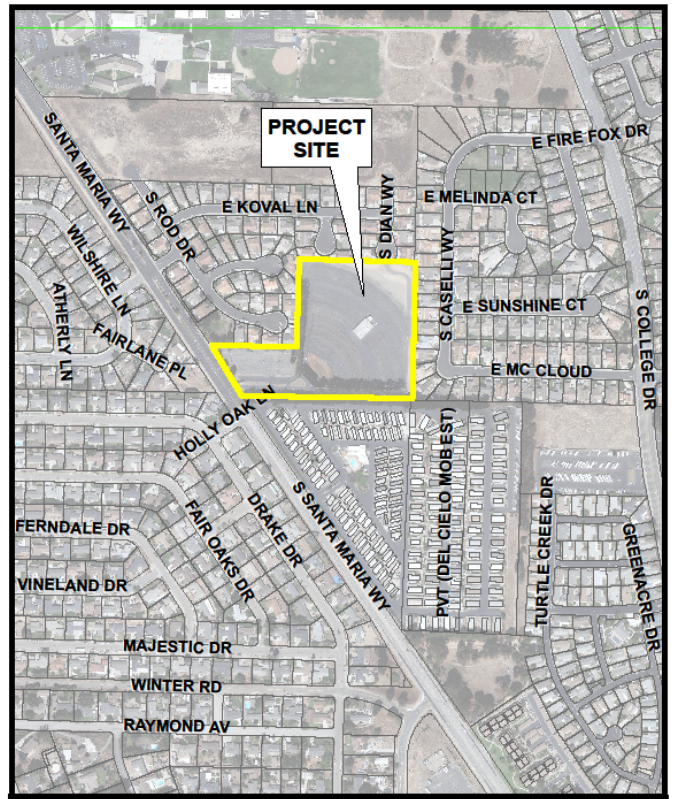 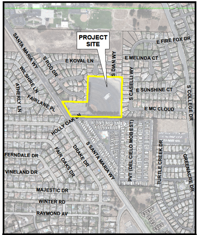 A map from Santa Maria city staff highlights the proposed project area for an affordable housing development along Santa Maria Way. The 8.9-acre site is the current location of the Hi-Way Drive-In Movie Theater. 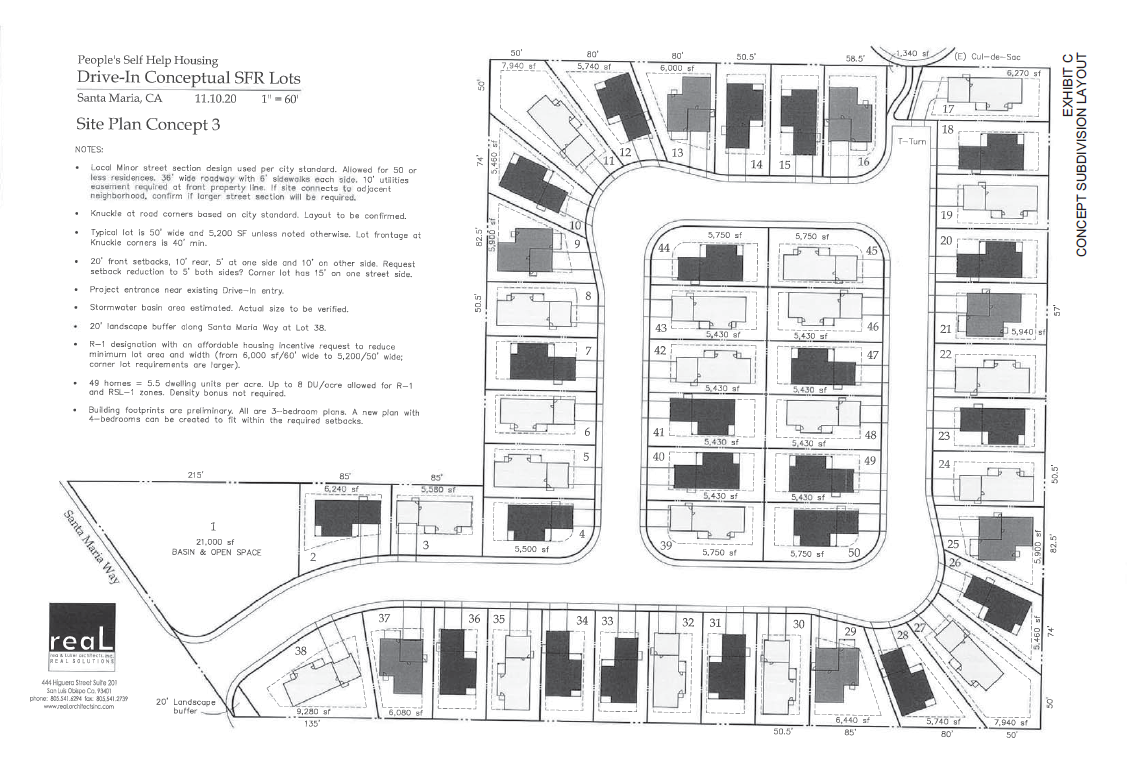 Since the Hi-Way Drive-In Movie Theater in Santa Maria went up for sale in 2019 for $3 million, People's Self-Help Housing has worked with the city to develop plans for an affordable housing development.

A map from Santa Maria city staff highlights the proposed project area for an affordable housing development along Santa Maria Way. The 8.9-acre site is the current location of the Hi-Way Drive-In Movie Theater.

A new affordable housing development could be coming to the site of Santa Maria's iconic Hi-Way Drive-In Movie Theater, which was listed for sale in 2019.

The 8.9-acre site, located at 3170 Santa Maria Way, was listed by Lee & Associates with an asking price of $3.33 million three years ago. It has since been put into escrow, with nonprofit housing organization People's Self-Help Housing working with the city to create an affordable housing plan for the area.

People's Self-Help Housing CEO Ken Trigueiro described preliminary plans for the site as a development of single-family homes built through a sweat-equity program in which low-income individuals and families are given financing to build their own homes.

“It’s still in escrow, and we hope to know more about City Council’s willingness to rezone it for our proposed use before we complete the acquisition, which will require the [council] to approve a general plan amendment,” Trigueiro said.

Since the site's current designated land use and zoning is for commercial activity, People's Self-Help Housing is proposing a new land use designation of planned development/single family residential and rezoning to low-medium density residential, according to a staff report.

The changes would allow for the construction of up to eight dwelling units per acre, or around 71 units in total. However, keeping in mind the shape of the lot and the need for roadways, the proposed project puts forth 49 units and one common area, or 5.5 units per acre, according to the report.

The area is surrounded by single-family developments including Rolling Hills Estates and Sunrise Hills, along with additional low-density housing developments. The densities of the two projects range between 4.6 and 8.6 units per acre.

"Therefore, the proposed project fits well into the context of the surrounding development, providing a density transition between the two existing developments," the staff report states.

While the existing People's Self-Help Housing properties in Santa Maria have been geared toward specific populations such as farmworkers, seniors and those with developmental disabilities, Trigueiro said this project will be income-based, likely available to residents making 80% or less of Santa Barbara County's median income.

If the land use and zoning amendments are approved, they will be brought before the City Council at a future date. In addition, the Planning Commission will need to approve a planned development permit and tract map for the project before it can move forward.

The Santa Maria Planning Commission will meet in person at 6:30 p.m. Wednesday in the Council Chambers at City Hall. The meeting will also be broadcast via Zoom and on the city's YouTube page, as well as on Comcast Channel 23.

The commission will also consider a permit amendment request from Boomers Santa Maria theme park to replace the go-kart track with three mechanical rides, a proposed planned development permit from Sunset Recycling Center to establish a buyback recycling facility and a tentative tract map for the Donati Property.

A commission study session will take place Thursday at 1:30 p.m. in Shepard Hall at the Santa Maria Main Branch Library.

This story has been updated to clarify the dates of this week's Planning Commission meetings.