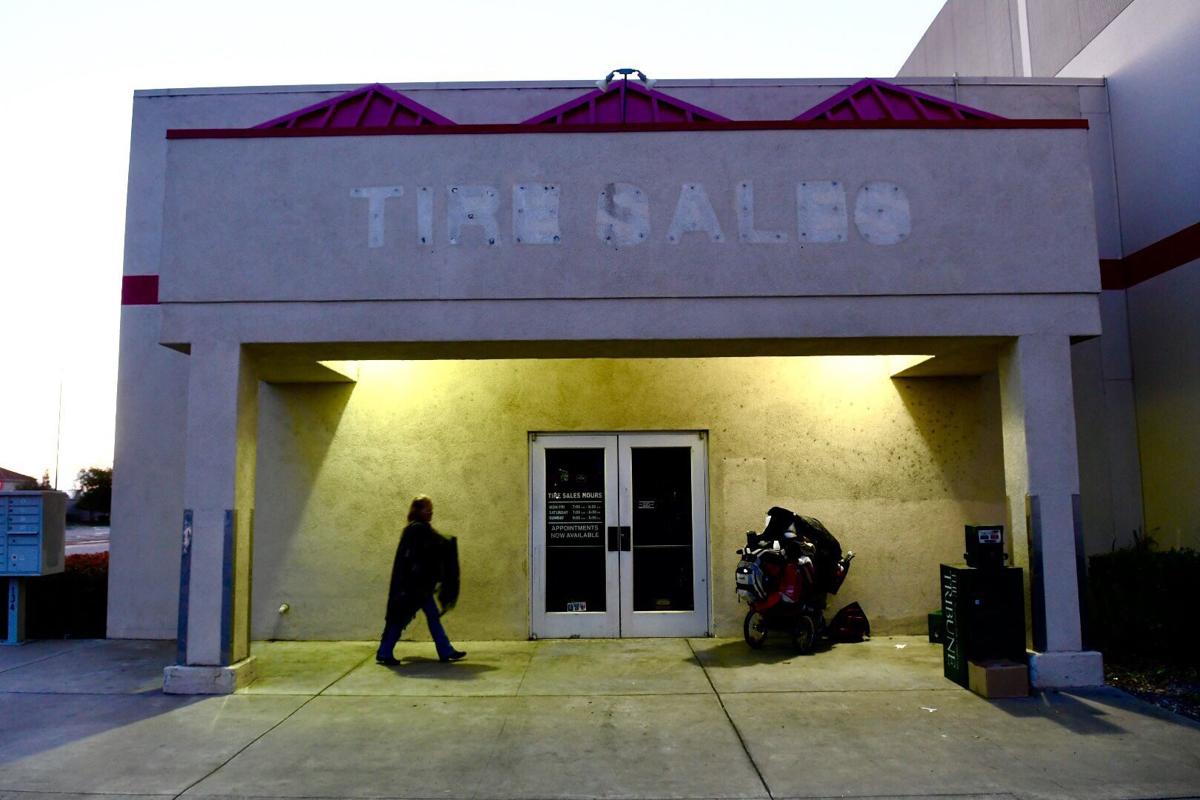 A homeless woman walks back to her possessions at the old Costco building Thursday evening. 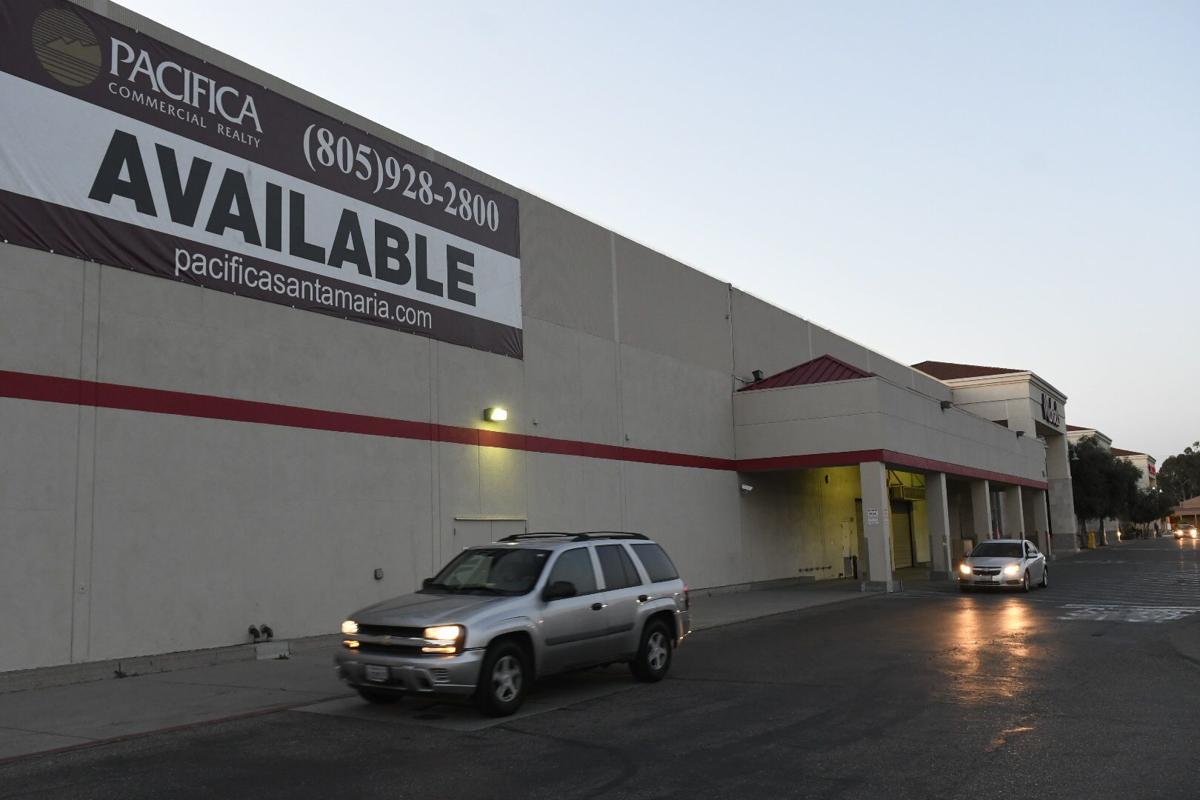 The city of Santa Maria is moving forward with proposed zoning code amendments that would allow for expanded retail use in the former Costco building.

The City Council approved a first reading of the text amendment at its Tuesday meeting, with the final vote to approve the amendment scheduled for at the next council meeting on March 3.

The 130,000-square-foot site on South Bradley Road is currently zoned as PD-M1, or planned development/light manufacturing, which only allows for wholesale and retail warehouse use.

The amendment to the city's municipal code would maintain the possibility for light industrial use while providing flexibility that would also allow for a full range of retail uses.

“It was brought to our attention that this property could be, and should be, considered for commercial uses, but given the existing zoning, there are some restrictions with that,” Chuen Ng, director of community development, told the council Tuesday.

The building site is part of a large shopping center between Columbia Drive and East Stowell and South Bradley roads. The majority of the center, which includes BevMo!, In-N-Out Burger and Trader Joe’s, is zoned as planned development/general commercial, with space for professional offices as well.

Ng said the current text doesn't allow for much retail at the old site beyond a wholesale store similar to Costco, and that the amendment will allow for much more compatibility with the rest of the commercial use in the shopping center.

"This property is very unique. I think most people would assume that it's a commercial building on commercially zoned land, but it's not," Ng said.

The amendment would also allow for multiple retailers to divide up the space for development, seeing as the square footage might be too large for one single retailer.

The proposal was brought forward to the Planning Commission in January by Laurie Tamura of Urban Design Concepts, representing potential tenant Nick Tompkins.

“I think there’s been a lot of interest in that building. Unfortunately, the way the previous ordinance was written, it kind of went into a procedural vortex. Doing this is going to help streamline it,” Tamura said.

Proposed amended language in the code would limit the zoning to only include space within 1,000 feet of the Highway 101 and Stowell Road interchange, which would apply solely to the old Costco site and the Carl's Jr. that falls in the same area.

In this way, the zoning amendment would not affect the zoning descriptions of any other businesses in the shopping center.

According to Ng, the amendment would also designate the site as a permitted use area rather than conditional use, meaning new owners of the space would not need to interview with the Planning Commission before using the space.

“This is an effort to give us as wide of a range of possibilities to fill this site,” Ng said.

The building has been vacant since 2017, when Costco moved its location to Enos Ranch.

A homeless woman walks back to her possessions at the old Costco building Thursday evening.