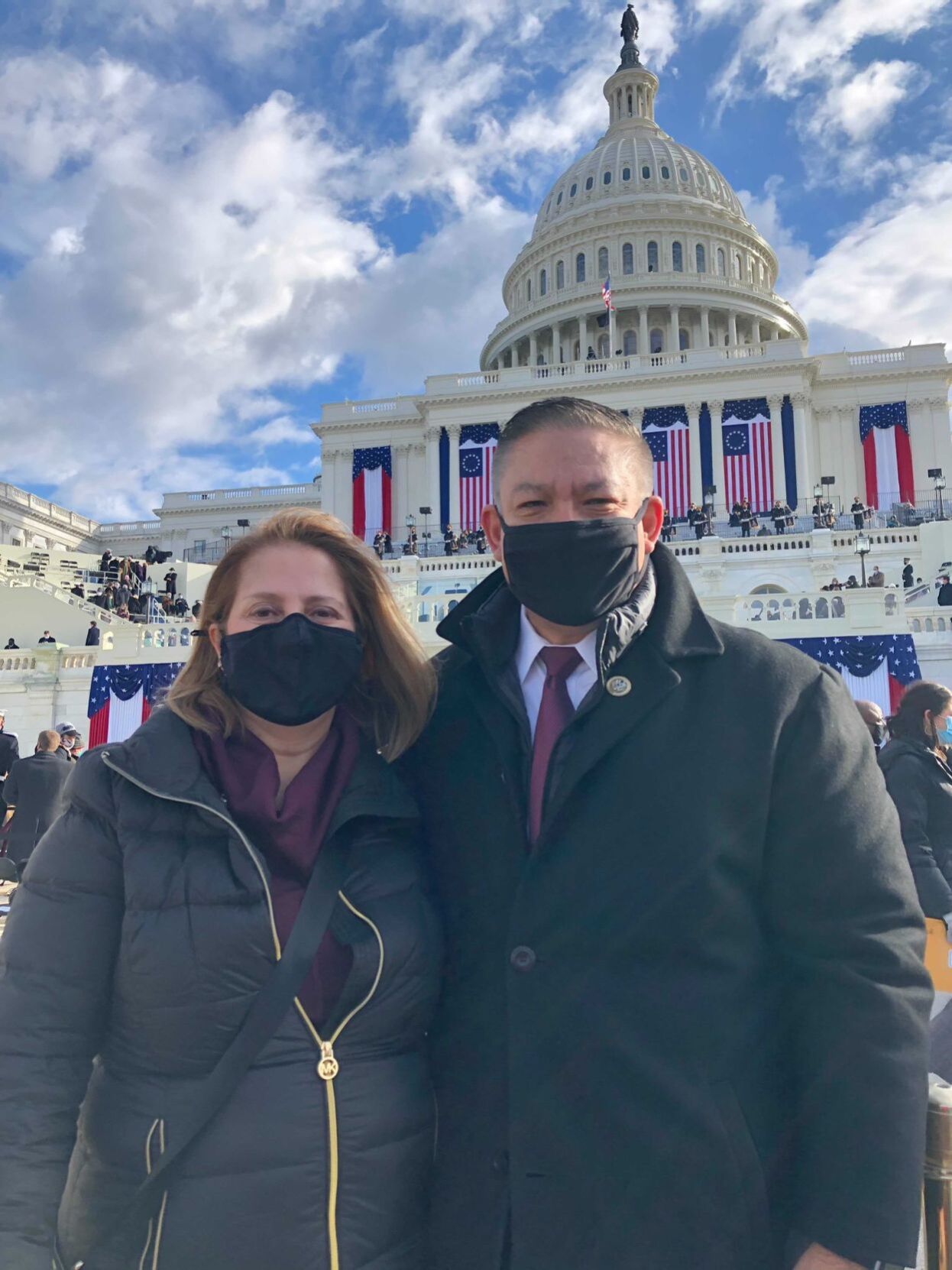 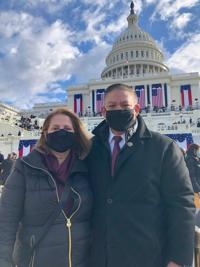 Congressman Salud Carbajal, D-Santa Barbara, and wife Gina pose for a photo below the U.S. Capitol on Jan. 20 while attending the inauguration of President Joe Biden and Vice President Kamala Harris. 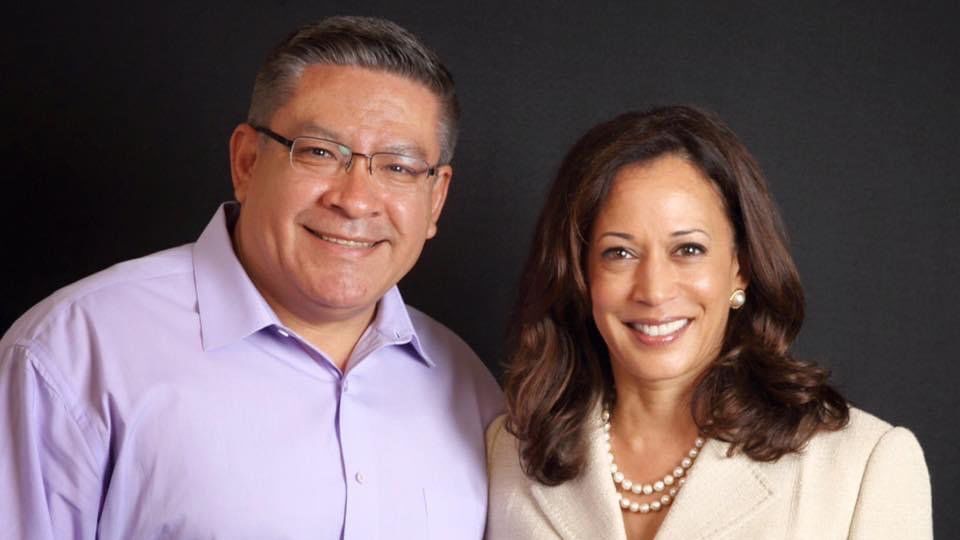 From Congressman Salud Carbajal’s perspective, the inauguration of President Joe Biden and Vice President Kamala Harris was smaller and shorter than usual but inspiring and focused on the future.

Carbajal, D-Santa Barbara, personally attended the inauguration ceremony Jan. 20 but sat at a socially distanced location below and about 20 yards in front of the podium, rather than above and behind it where members of Congress would normally be seated.

In general, he described a ceremony attended by an optimistic crowd, encouraged by Biden’s speech outlining the new course along which he hopes to steer the country, but also where heavy security was an obvious presence.

“It was very exciting and exhilarating to see yet another peaceful transition of our presidency and to see the Biden-Harris administration seated,” Carbajal said shortly after the ceremony, noting it was not only different but also historic in many ways, including the inauguration of the first woman and first person of color as vice president.

Another break from tradition was that not all the still-living former presidents attended the inauguration.

Barack Obama, George W. Bush and Bill Clinton were there, Jimmy Carter stayed home because of his health, and outgoing President Donald Trump chose to leave Washington, D.C., early rather than acknowledge his election loss.

But Carbajal also pointed out how the event, where the National Mall was filled with colorful flags rather than people, was affected by “the COVID pandemic raging at an all-time high.”

“This inauguration felt smaller … obviously in terms of the number of people who could attend and participate … and in the length of the ceremony,” Carbajal said.

“The speeches were a lot shorter than most [inaugural] speeches,” he said, noting Biden’s “brief but substantive” remarks focused on the important issues facing the nation.

Carbajal called Biden’s top priority of formulating a strategic plan to distribute COVID-19 vaccine “a must-do, immediate” goal in order to get the economy going and get people back to work.

“I really appreciated and resonated with his call for unity,” Carbajal added, pointing particularly to his statements about “what binds us together and his appeal to all of the country to work together, not as Republicans and Democrats but as Americans” to solve the nation’s problems.

“I think he said, ‘Hey, look, I’m going to be president for everyone.’”

But Carbajal said the ceremony also felt different from previous inaugurations because of its increased security as a result of the Jan. 6 riot and invasion of the Capitol by Trump supporters.

After voting to impeach president, Rep. Salud Carbajal says security being beefed up for inauguration

“Security was pretty robust and in-your-face,” he said. “There was no misunderstanding of the security that was put in place.”

In addition to additional officers from the Washington, D.C., and Capitol police departments and agents from the Secret Service and FBI, about 25,000 National Guard troops were brought in to assure order.

Carbajal credited the heightened security for extremists’ threats of violence in the nation’s and states’ capitals failing to materialize.

“I think they quickly got religion and realized Americans will not put up with [that],” he said.

Carbajal said that while Biden called for unity, he also emphasized “the need to address white supremacy — not only address it but defeat it.”

All of those elements were tied together in 22-year-old Amanda Gorman’s poem “The Hill We Climb” that she read during the inauguration and in which she attempted to “capture the moment” without glossing over recent events.

“Oh my God, I think she encapsulated through her poetry of where we are today and moving into the future,” Carbajal said. “I think she touched on the fact that our democracy is a work in progress.”